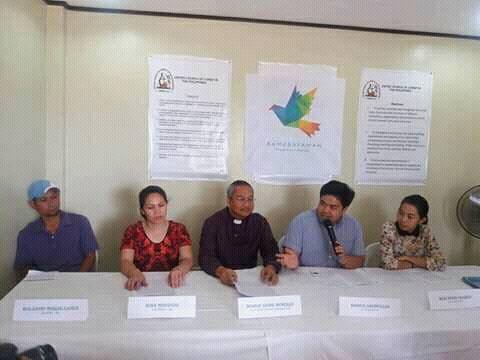 TACLOBAN CITY - Church leaders, local politicians in the city, activist groups, peasant groups, educators and students in Eastern Visayas joined to call on President Rodrigo Duterte to resume peace negotiations of the government with the National Democratic Front of the Philippines.

In Tacloban, the city council thru City Councilor Gerry Uy, passed a resolution of Support endorsing the resumption of the peace talks between the government of the Philippines and the National Democratic Front (NDF). Copies of the resolution will be forwarded to the Office of the Presidential Adviser on the Peace Process (OPAPP) Secretary, Jesus Dureza.

According to Councilor Uy, the City Council of Tacloban upholds the thrust of the new government to achieve a just and lasting peace, progress and national reconciliation by resolving one of the longest armed conflicts in the world.

The group named `Kamurayawan’ (local term for “peace”) said that the development of the Eastern Visayas region can be addressed through the Comprehensive Agreement on Socio-Economic Reforms (CASER) - the supposed next agenda of the peace negotiations.

Following the destructions caused by Typhoon Yolanda (Haiyan) in November 2013, Eastern Visayan became the poorest region in 2014, replacing Autonomous Region of Muslim Mindanao (ARMM), according to the latest data of the Philippine Statistics Authority (PSA). In the same year, the National Economic Development Authority (NEDA) declared that more than half of the region’s 4.1 million population suffers from poverty.

The Agricultural region has suffered tremendous casualty and agricultural damage following consecutive storms in its lands.

Bishop Jaime Moriles of the United Church of Christ in the Philippines (UCCP), Eastern Visayas Jurisdiction, and one of the lead convenors of Kamurayawan, said, “the dismal rehabilitation of Eastern Visayas has stunted the growth of the region and has mired our people in poverty.” Farmers have barely recovered from the destruction caused by successive disasters.

“The situation in urban centers is not different too. Displacement, job insecurity and low wages continue to assault the urban poor and other marginalized sectors; the hapless condition of the poor and oppressed – is there any more reason compelling enough for the Peace Talks to continue, than this?” Moriles stressed.

While, Joshua Sagdullas, a representative of the youth sector in the campaign and an officer of the UP Visayas Student Council - Tacloban, told Calbayog Journal, that: “Abandoning the Peace Talks will be utter disservice to the Filipino people.”

“The negotiations, and, afterwards, the implementation of the pro-people CASER has all the potentiality to steer the country to the road of just and lasting peace. Free education can finally be overjoyed by the Filipino youth should CASER be hammered through the negotiation,” Sagdullas added. 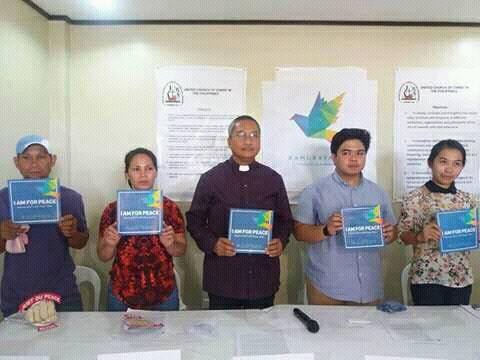 Meanwhile, last February 14, 2017, in the municipality of Bobon, Northern Samar, reports from the 43rd Infantry Batallion of the Philippine Army revealed that a suspected red army identified as Bernadette Lutao, the wife of the alleged NPA leader Salvador Nordan was killed in a firefight with the army soldiers doing their routinary patrol in the area of Bobon in Northern Samar.

On the other hand, investigation conducted by Northern Samar Small Farmers Association (NSSFA) showed that Bernadette Lutao, a farmer leader in their barangay, was allegedly shot to death by army soldiers without any armed encounter taking place in Sitio Cabaywa, Barangay Santander, Bobon, Northern Samar.

According to Samahan han Gudti nga Parag-Uma ha Sinirangan Bisayas (SAGUPA-SB) Secretary General Nestor Lebico stated that: “The military fooled us again. She was killed, not in an encounter, but she was killed intentionally.”

“The military considers the death of this ordinary farmer as a victory. We now see the dangerous consequences of Duterte’s ` all-out war,” Lebico added.

The group also stressed that President Duterte’s “All-Out War” declaration against the New People’s Army will never be an alternative route to achieving peace in the country. (CJ/JAZMIN BONIFACIO)

presidential adviser on the peace process