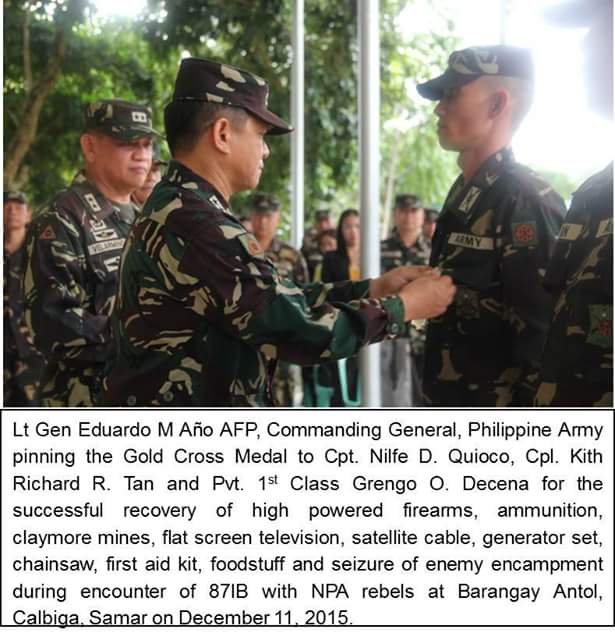 CATBALOGAN CITY- The heroism of army captain Nilfe D. Quioco and two of his men- Corporal Kith Richard R. Tan and Private First Class Grengo O. Decena- in the battle with NPA rebels in Pinabacdao, Samar, in December 11, 2015 was given official recognition by the commanding general of the Philippind Army himself, Lt. Gen. Eduardo M. Año.

The three army personnel belonging to the Bravo company of the 87th Infantry Battalion were each given a Gold Cross medal in recognition of their gallantry in battl which result to the seizure of the NPA encampment at Barangay Antol in Pinabacdao. 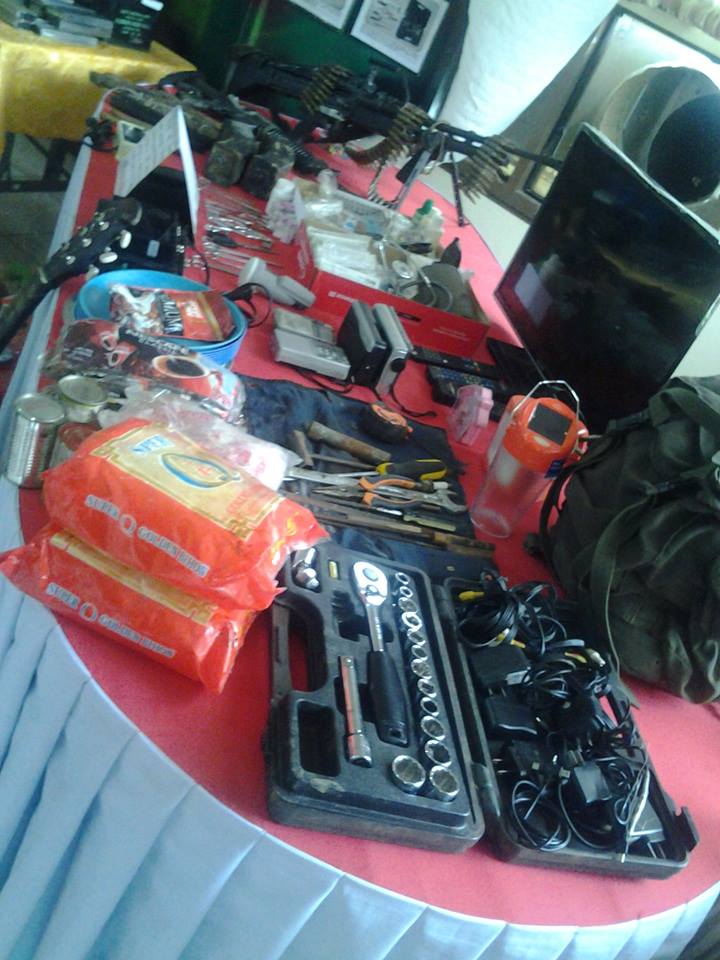 The army chief praised the "stormtroopers" for the latter's enthusiasm in serving the people and for their dedication to duty and professionalism. 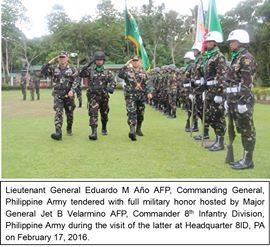 The awarding of the medals was done during the visit of Lt. Gen. Año to the headquarters of the 8th Infantry Division at Camp Vicente Lukban in Catbalogan City early this month. The army chief was given full military honor upon his arrival at the Openiano field.