HR COM’R. DUMPIT, SAMAR REP. SARMIENTO AGREE: “THE FIGHT IS NOT YET OVER!”

“Hindi pa tapos ang laban,” (The fight is not yet over) Human Rights Commisioner Karen Gomez-Dumpit said referring to the 2018 budget of measly Php1,000.00 for the Commission on Human Rights (CHR) as approved by the House of Representatives.

With the 2018 budget proposal still to be brought up in the Senate, Samar’s First District Representative Edgar Mary Sarmiento expressed agreement with Commissioner Dumpit that nothing is yet final with a lot more to consider or reconsider particularly when existence of the CHR is a constitutional mandate. 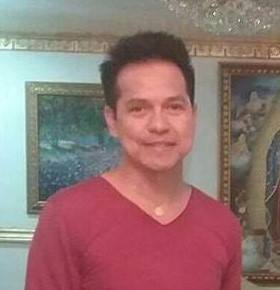 Sarmiento said he is not happy about the outcome and informed that he was at the time presiding a meeting for the revision of the country’s Corporation Code with the National Economic Development Authority (NEDA) and was not around during the session when consideration was being made for the motion of Php1,000.00 CHR 2018 Budget.

“I could have stood-up to protect the CHR Budget of Php623.4 M 2018 Budget as approved and endorsed by the House Appropriations panel,” Sarmiento said.

On the other hand, former Press Secretary Tomas Gomez, who refers himself as a town elder and a lifetime party errand boy, said that “it has become evident that Speaker Alvarez and his pack of imbeciles do not understand what the Constitutional mandate of the Commission on Human Rights is all about.”
Saying that the International Criminal Court has already taken note of the legislative imbecility while the country has become the laughing stock of the world, Gomez continued to address Alvarez and his group to have “confirmed further that they are lap dogs of Duterte - - a maddened serial killer they worship as their Lord and Master! 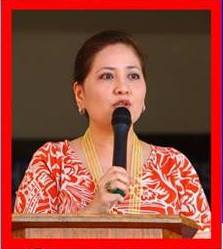 Meanwhile, Commissioner Dumpit, in expressing thanks for messages of solidarity and pledges, assured to keep the public abreast with the next step that the CHR will take.

“In the meantime, please help us thank the 32 brave representatives who stood up for our Constitution, Human Rights and the CHR. We are hopeful that we will be with all of you as we continue to bring our budget proposal to the Senate,” the Commissioner said in her message.