"KAUNTING KAALAMAN" ABOUT THE FILIPINO CHRISTMAS. 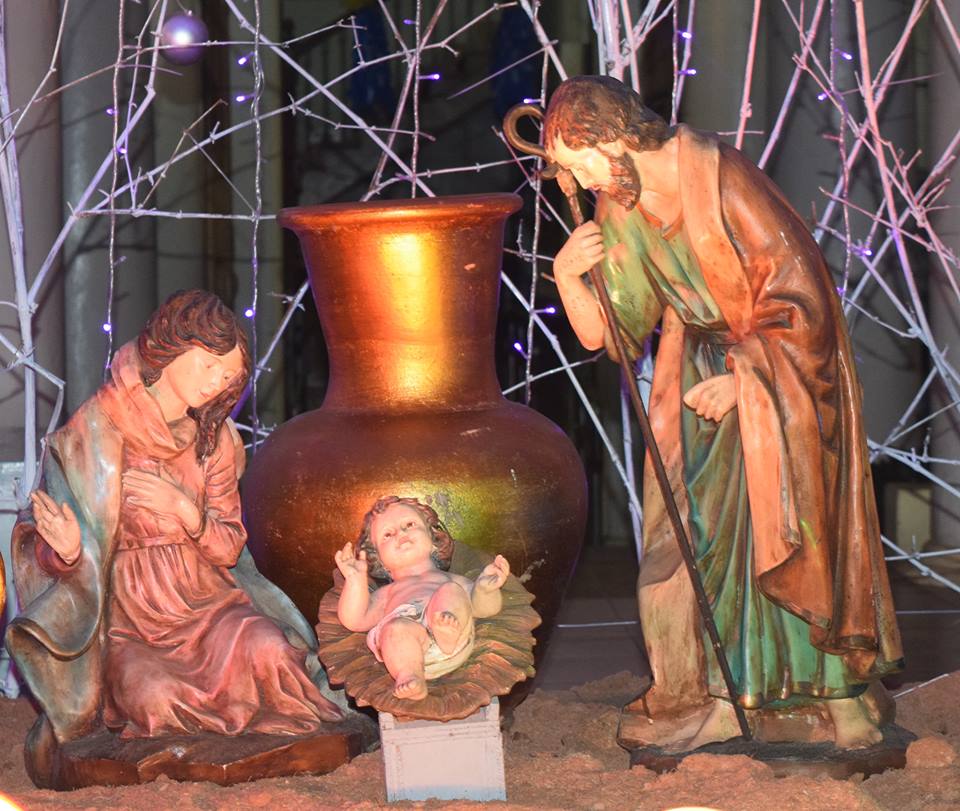 PASKO comes from the Spanish "Pascua" which is used only for Easter "La Pascua de la Resurreccion," and for Christmas, like other Western Countries, they use terms that refer to the nativity, the holy night, or Christmas.

BELEN is simply the Spanish for BETHLEHEM, but in the Spanish tradition it refers to the nativity scene, which also has other terms in the West. (It is traditionally believed that St. Francis of Assisi presented the first Belen in Greccio, Italy, in 1223, and popularized by the Franciscans worldwide.) We love Christmas so much that many girls are named BELEN.

PAROL comes from the Spanish "farol," a lighted lantern; cfr. the PAROLA, the lighthouse, still in use in some parts of the country to guide ships and fishermen. That it has taken the shape of a star, refers to the star that guided the Magi to find the Child Jesus in Bethlehem. The reference to Christians as a "lantern" to guide others to Christ is also presumed.

NOCHE BUENA, literally means "the good, happy night" to refer to the night Christ was born, but here it refers to the special family meal people take after the MISA DE MEDIA NOCHE = Midnight Mass, though not necessarily celebrated at midnight. 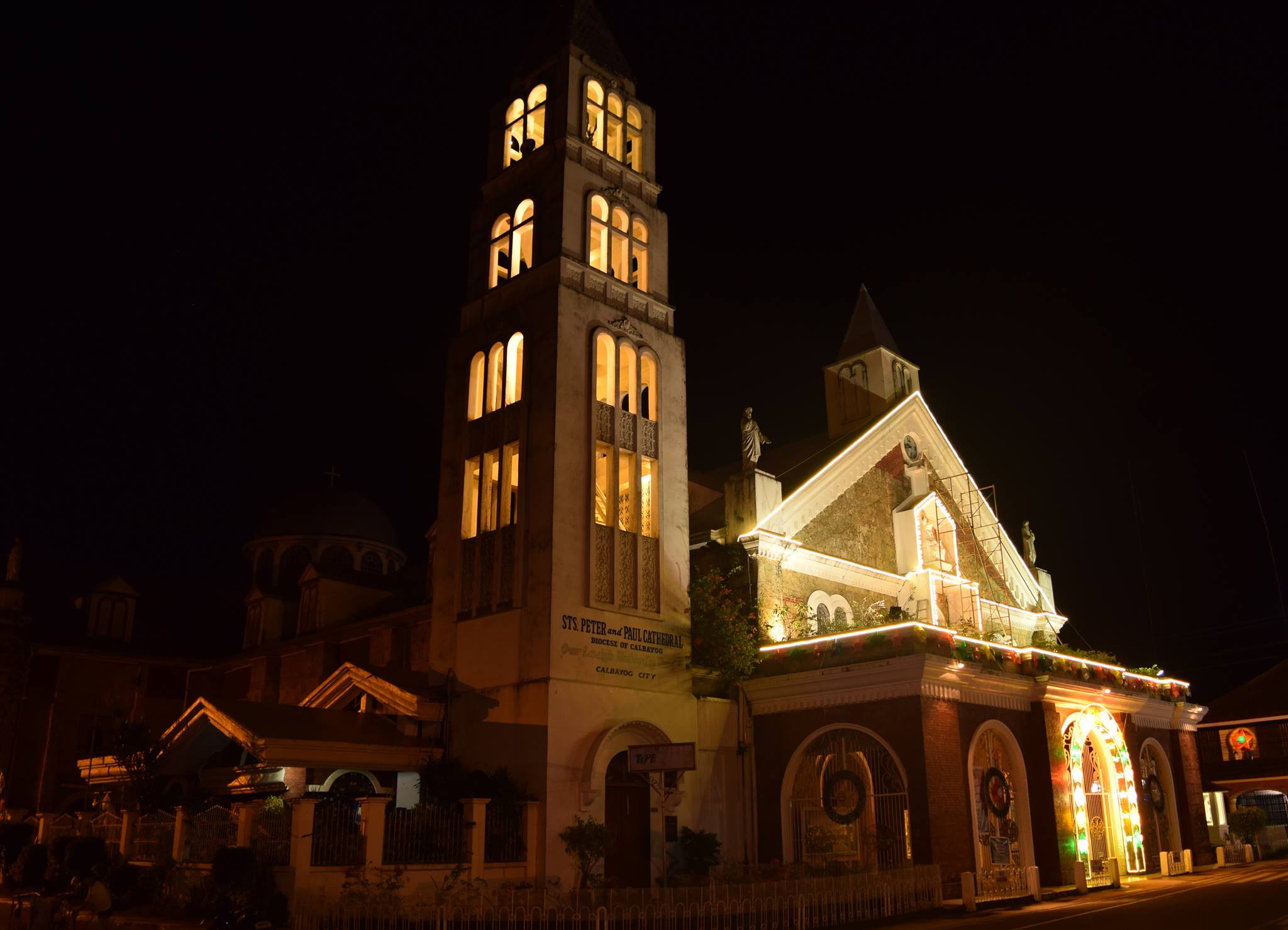 MISA DE GALLO, Mass of the Rooster, as it refers to the nine Masses from Dec. 16 to 24, and used to be celebrated at dawn (cockcrow time). It is also called SIMBANG GABI or Mass-going in the evening, though today we also have anticipated Masses the evening before for those who by age or work or something cannot come at dawn. Last year was the first time Misa de Gallo was held in the Vatican, in the parish church of Vatican City. (It is not St. Peter's.)

MISA DE AGUINALDO is the other term for Misa de Gallo, and has nothing to do with Emilio. AGUINALDO is another Spanish term for "gift," because Christ is the Father's gift to the world; the gift of Mary and Joseph, and we give gifts around, which in the Spanish tradition was done in the feast "de los Reyes," the Kings, or Epiphany. Sta. Claus was brought by the Americans after they defeated Spain in the war of 1898, or around that time. 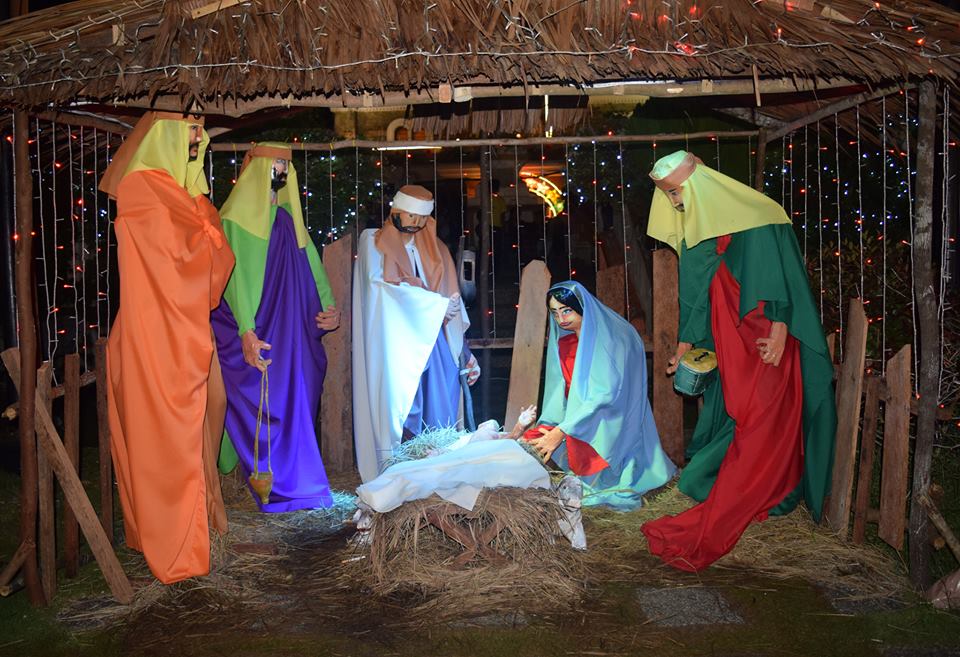 THE "THREE KINGS" were not kings, but Wise Men or Magi, where our word "magic" comes from. They were believed to be three because of the three gifts, and were even given names = Melchor, Gaspar and Baltazar.

ANGEL is Angel in Spanish, pronounced ANGHEL with a slightly guttural H, while the Pilipino Angel is pronounced with a very gentle H. It is also a common name for males in the Spanish tradition, though there are female derivatives like Angela, Angelina, Angelita with their male versions.

SABSABAN is the "manger" where the Baby Jesus was laid. It is where animals feed. (Again the Eucharistic undertone is present = Jesus is our heavenly food.)

MAY THIS CHRISTMAS BRING UNITY AND JOY TO US AND OUR FAMILIES, TO OUR COUNTRY AND THE WHOLE WORLD FOR WHICH THE SON OF GOD BECAME MAN TO TEACH US ABOUT LOVE, GOODNESS AND MERCY.

NOTE: “Kaunting Kaalaman” is a Filipino phrase for “Bit of Information.”