CALBAYOG CITY – Police records show that unsolved killings in some areas of Samar’s first legislative district continue to pile-up even with the establishment of the Joint Task Force (JTF) CAGASMAS since October 2016.

Mayor Ronaldo P. Aquino, in an interview conducted earlier, expressed his apprehensions over the continuous act of the killers that remain unsolved even with the existence of the JTF CAGASMAS.

He said that “the task force may have done their best but which best is not just good enough to curb the acts of the criminals not only in the city but also in some other towns under the responsibility of the task force.”

Half-way thru the month of August 2017, two shooting incidents in the city, happening only three days apart, are recorded to have caused the lives of two and wounded another.

Retired soldier, Joseph Refugia was pronounced dead-on-arrival at Calbayog District hospital while his companion, Florencio Carpio was referred to another hospital for extensive treatment after having been stabilized from two gunshot wounds sustained during the attack by a lone and still unidentified gunman at midday of August 14, 2017 in the commercial area of the city. 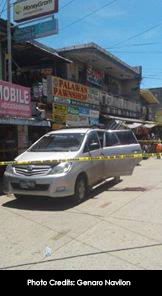 Police reports tell that Refugia, after doing business with one of the money couriers along Rosales Boulevard, was already on-board at the driver’s seat of his vehicle with Carpio beside him at the passenger seat when the perpetrator fired his gun at both of them.

Three days earlier, at about half-past midnight of August 11, 2017, a 67-year-old village councilor, Julita Senolos, of Barangay Cagnipa, a coastal village of the city’s Tinambacan District was shot to death by still unidentified suspects while on her way home from an induction party in the village’s elementary school.
Unconfirmed reports say that Senolos was, among others, author of a case filed against the incumbent village chieftain of Cagnipa.

KILLINGS, A MATTER OF TEMPERAMENT?

In one of the interviews conducted earlier about the killings in the city, Samar Provincial Police Director, PSSupt. Nicolas Torre told Calbayog Journal that the spread of numerous loose firearms in the city is one of the major root of criminalities as aggravated by the temperament of the people to resort to the use of the firearms in expressing anger or revenge.
“People with firearms become unreasonably aggressive. They think that eliminating an adversary is the solution to a conflict – be it personal or petty arguments about just anything, Torre opined and continued to assure that “the police provincial command is making means to address the problem on loose firearms.”
Newly installed JTF CAGASMAS Commander, Col. Hilarion Palma, said that even with the Philippine Army in the task force, it is still the police force who is in the frontline to solve criminality as it is their expertise.
Palma also expressed views that “most of the killings arise from simple personal grudges but are still linked to Private Armed Groups” and continued to say that “there are bigger statistics of killings in other areas compared to what is happening in Calbayog City.” 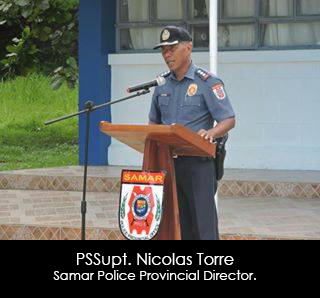 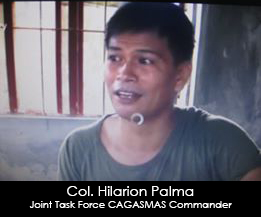 “The Local Chief Executives of in the task force – Calbayog, Sta. Margarita, Gandara, San Jorge and Matuguinao - need to talk things out with the Congressman and JTF CAGASMAS to be able to come up with plans and approaches to address the seeming inefficiency of the task force to address the problem on the killings and neutralizing these perpetrators,” Mayor Aquino stated.
With the progress of the city and nearby towns entailing the need for investors to come and put-up industries, settlements and commercial establishments, the incidence of unsolved killings in a community is not a good come-on for capitalists.

“We have to look for means that will neutralize, if not totally eliminate, these elements that can be deterrent to the progress of the city and nearby towns of the first district of Samar,” Mayor Aquino said.
The City Mayor continued to express that “there must be something essential that is lacking for the task force to effectively address the problem on criminality, particularly on armed men who mercilessly kill and just get away with it.”
“There really is a need for the LGU’s and the task force to sit down and talk things out for an effective approach towards a solution to the problem on the killings. We need to hear from the task force on what is really needed to make their actions more effective so we, the LGUs can beef-up what is required and reinvigorate their capabilities where it is needed,” Mayor Aquino asserted. (CJ/JMM) 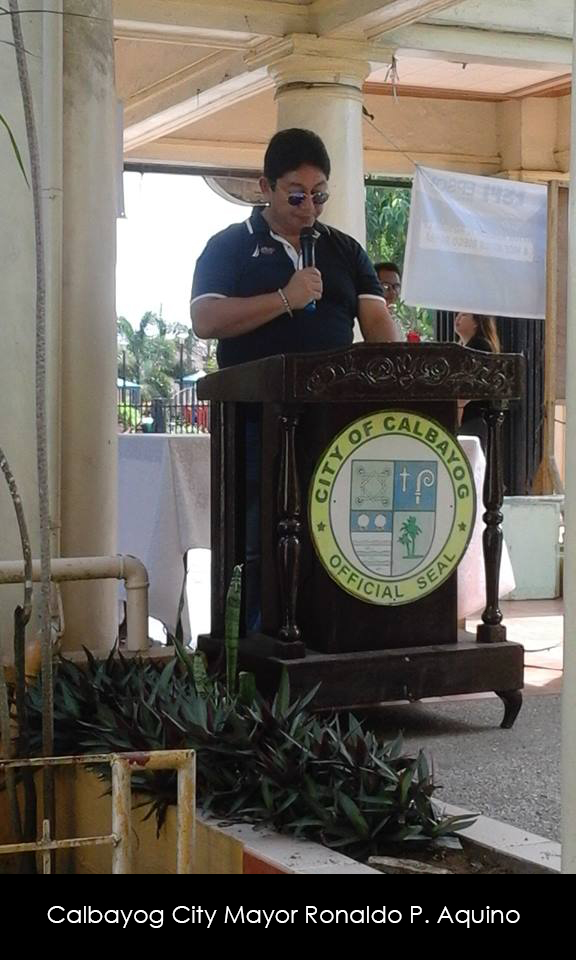