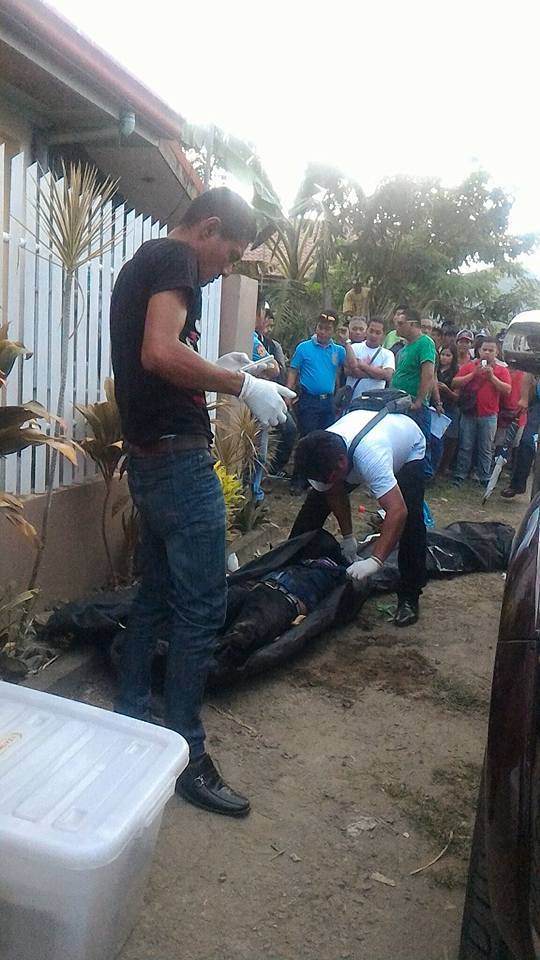 TACLOBAN CITY – The government is challenged for a credible and factual results from investigation on the killing of Atty. Rogelio Bato to prove non-involvement on the extra-judicial killings.

Atty. Rogelio Bato is known to be the lawyer of Albuera, Leyte Mayor and son in the latter’s drug involvement cases. Bato was inside his Toyota Hilux car in the company of 15-year-old Angelica Bonita in Barangay Lumbang, Tacloban City, between the hours of 2 and 3 in the afternoon of August 23, 2016, when they were fired at by suspects who were seen riding in a white van that did not bear a plate number.

Multiple gunshot wounds from M16 rifle and .45 caliber gun reportedly caused the instant death of both victims with the police already conducting a manhunt operations to track down and arrest the suspects but has not as yet released statement as to the motive of the killing. Neither any relationship between the two victims has as yet been established nor any reason found as to the company of a minor inside the lawyer’s car.

Bonita is a high school student of Sagkahan National High School. Her father, who feels having been stripped off of the family’s aspirations for a better life when her daughter was killed, believes that she is innocent of whatever that there is about the lawyer whom the family has not even known.
In a press statement, Atty. Alberto Hidalgo of the Integrated Bar of the Philippines-Leyte Chapter, said that we need to apply pressure on the responsible state organs and attend to other related engagements. I challenge the government to thoroughly investigate this criminal incident and come up with a factual and credible result and show to the Filipino people that it is not involved in this extra judicial killings.”

Stating that Bato is not the first lawyer in Eastern Visayas to be targeted by assailants, Hidalgo, seeks “for the cooperation of all law offices, and courts, to allow lawyers to mourn, show solidarity with the bereaved and show total condemnation of this serious affront to our legal system, legal processes and law profession,” thus calling more than one thousand lawyers in the region and all over the country “to wear black armband while in court until the day of interment of Atty. Rogelio Bato.”

Earlier, City Mayor Cristina Gonzales-Romualdez who immediately proceeded to the crime scene vowed that the killers will be hunted with the police using all available resources and further firmly stated that “the challenge raised by criminals require other responses, other weapons and intelligence,” then firmly added that “there will be no impunity on this matter, no line of investigation will be discarded.” (CJ/jmm/JAZMINE BONIFACIO)