‘LENI ROBREDO HAS WHAT IT TAKES' TO BE PRESIDENT: OVER 2,000 PHILIPPINE SCIENCE HIGH SCHOOL SCHOLARS, ALUMNI, AND FORMER FACULTY BACK ROBREDO'S PRESIDENTIAL BID 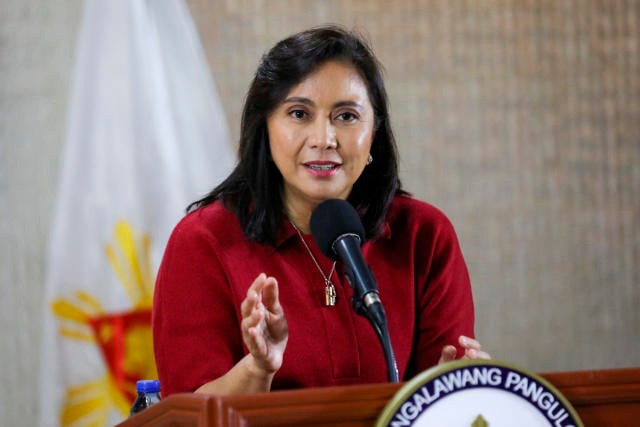 More than 2,200 scholars, alumni, parents, and former faculty from the Philippine Science High School System has come out with a statement of support for Vice President Leni Robredo’s presidential bid.

In a statement posted on the Facebook page of Pisay Community for Leni and Kiko over the weekend, the community lauded Robredo’s governance in the Office of the Vice President and said it strongly echoes their desire to serve the country.

“Her track record of helping marginalized communities resonated strongly with our desire to give back to and serve the country,” the statement read. “It also demonstrates that how we govern is as important as the outcomes of governance: rights-based, principled, and focused to address the needs of the most vulnerable in our society.”
Robredo’s youngest daughter, Jillian, and her spokesperson, lawyer Barry Gutierrez, are also Pisay alumni.

The Pisay community warned that the threat of authoritarianism is looming over the country. In their statement, they honored those who gave up their lives and suffered human rights abuses during Martial Law and the Marcos dictatorship.

“As our democratic institutions face the real threat of a return to authoritarianism, we remember the Pisay martyrs who gave up their lives to fight for truth and freedom during the dark days of Martial Law, eleven of whom are included on the Bantayog ng mga Bayani Wall of Remembrance,” the statement read.

For them, Robredo is a candidate who can faithfully safeguard the constitution and defend the country’s sovereignty as its Commander-in-Chief.

“It is our firm belief that Leni Robredo has what it takes to lead our country towards a future where truth, hope, and justice are within reach of every Filipino,” the statement read.

More signatories are being added to the statement until the end of the campaign period, the group said.