CALBAYOG CITY – The city government is allocating two million pesos (Php2M) for the procurement of fishing boats intended for distribution to small-scale fishermen who are committed to engage in sustainable means of catching fish. Seventy (70) units of motorized fishing boats will be fabricated from the two-million-peso fund and distributed to fishermen intended to complement the gill nets earlier provided by the city government.

In upholding the quest of the national government to make marine resources sustainable, the city government is continuously generating and implementing programs that will protect, preserve and develop the existing marine life along the territorial waters of Calbayog and the entire Samar Sea. First and foremost of these programs is addressing the problems on the destructive methods employed by fishermen in the locality. 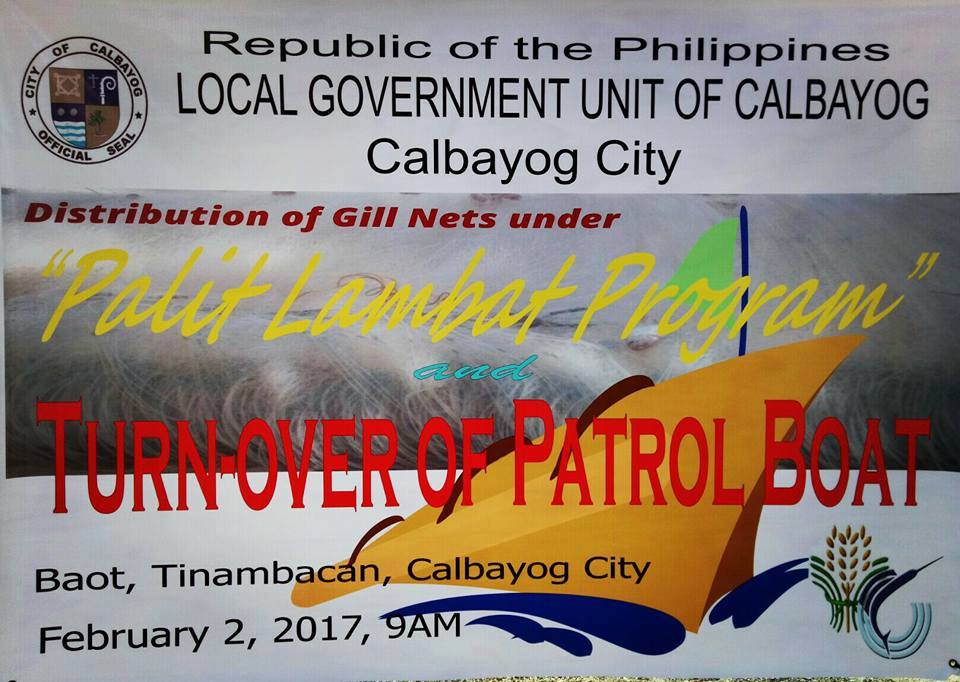 In an interview, City Mayor Ronaldo P. Aquino said, that: “Any destructive means of fishing is illegal. Dynamite fishing is one of the destructive methods still practiced by several fishers in the City. And we are bent on addressing this problem. We cannot just be on-the-watch to apprehend and render sanctions against dynamite fishers. We also have to look into the root cause of it in order to effectively address the problem.”

With the assignment of City Councilor Jessie Jackson to head a special monitoring group, the city government ably identified more than 50 dynamite fishers who were all invited for a dialogue with the city mayor and other government agency heads. However, only 35 of these dynamite fishers heeded the call and willingly signed the pledge of commitment to totally stop engaging in any destructive practice of fishing, particularly the use of dynamite.

Believing that fishing is the only livelihood of the fisherfolks and considering that the seas may be the only source familiar to them from which to make a living, the city government has provided fishing gears to be used as an alternative means to catch fish. 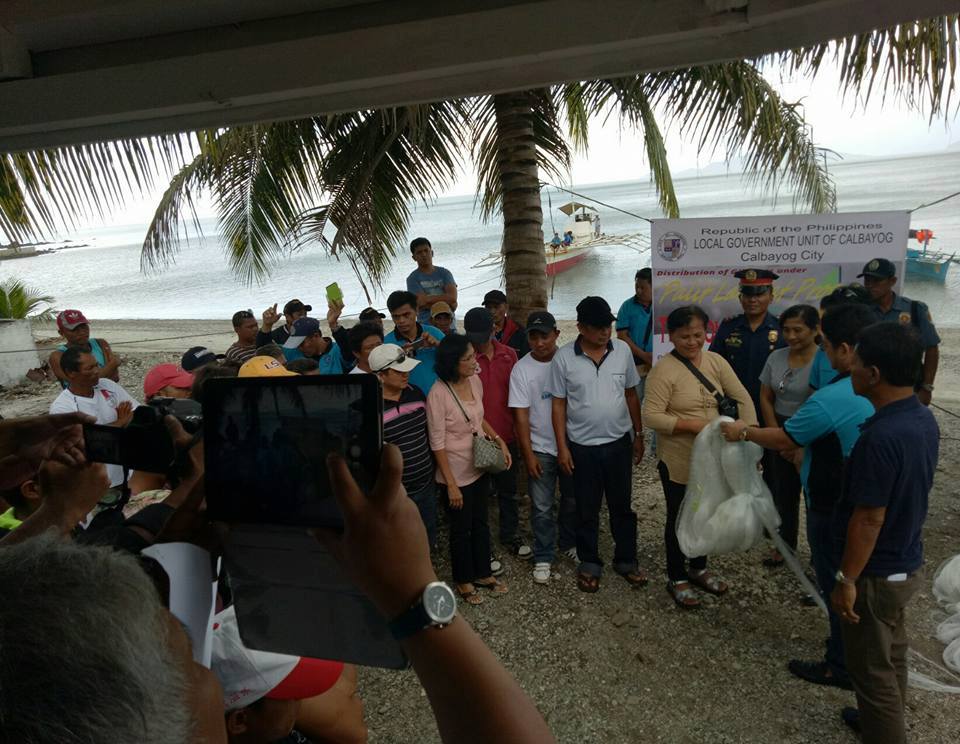 In early February 2017, the city government distributed to fishermen gill nets with mesh sizes wide enough to avoid catching of juveniles. These recipient-fishermen already venture into fishing with the use of their respective gill nets on board a rented small-scale fishing boat.

“Taking these fishermen totally out of the sea is tantamount to economically dislocating their families. We have considered that this fishermen may not know any other means or source of earning to support their families. In order for them to continue with the occupation they are trained and skilled, the city government has willed to equip them with fishing gears that will not harm our marine resources,” Mayor Aquino informed.

Meanwhile, commercial fishers were advised to venture into a more conventional fishing gear adaptable to the shallow waters of the fishing grounds in preparation for the eventual total ban of commercial fishing along the territorial seas of the city.