LGU CALBAYOG COMMENDS AFP, PNP FOR THE ORDERLY AND PEACEFUL MAY 2018 BSK ELECTIONS 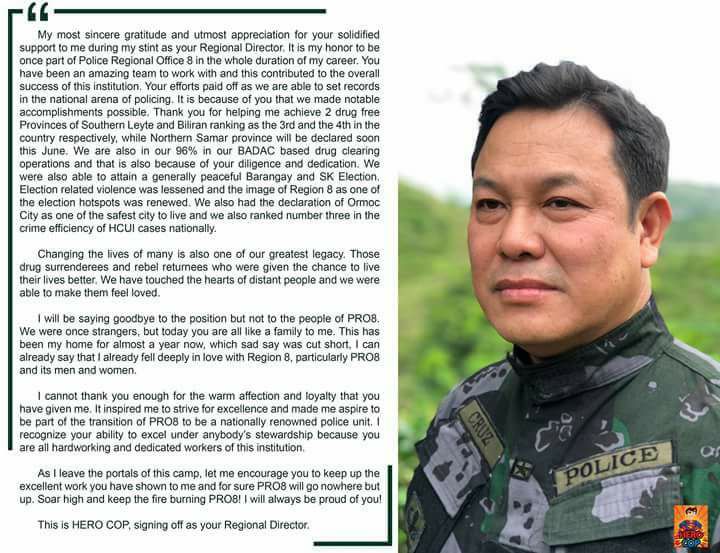 CALBAYOG CITY - On the day that he left his post as Regional Police Director for Eastern Visayas on June 4, Police Chief Supt. Gilberto Cruz took with him Calbayog City’s gratitude and commendations for the peaceful conduct of the Barangay and Sangguniang Kabataan Elections in the City of Calbayog.

Cruz personally handled the deployment of police officers from outside of the Province of Samar to Calbayog City a day before the elections after receiving complaints about alleged partisanship of the PNP Samar Provincial Command.

The Sangguniang Panlungsod has passed a resolution recognizing and commending Cruz and 3 others for their valuable assistance by providing support, round-the clock duty and visibility that effectively deterred any criminal activities and allowed the people to fully exercise their right to vote. 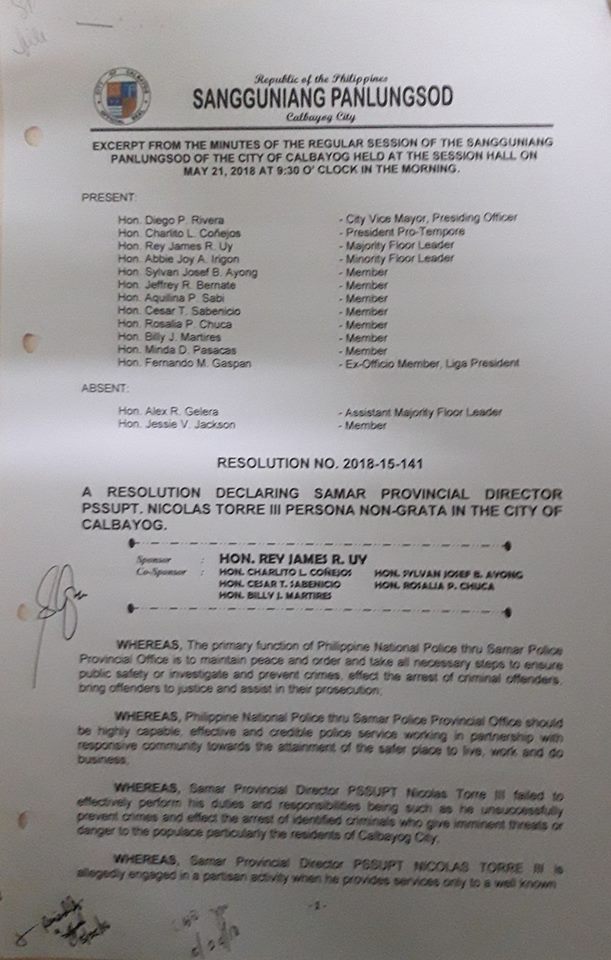 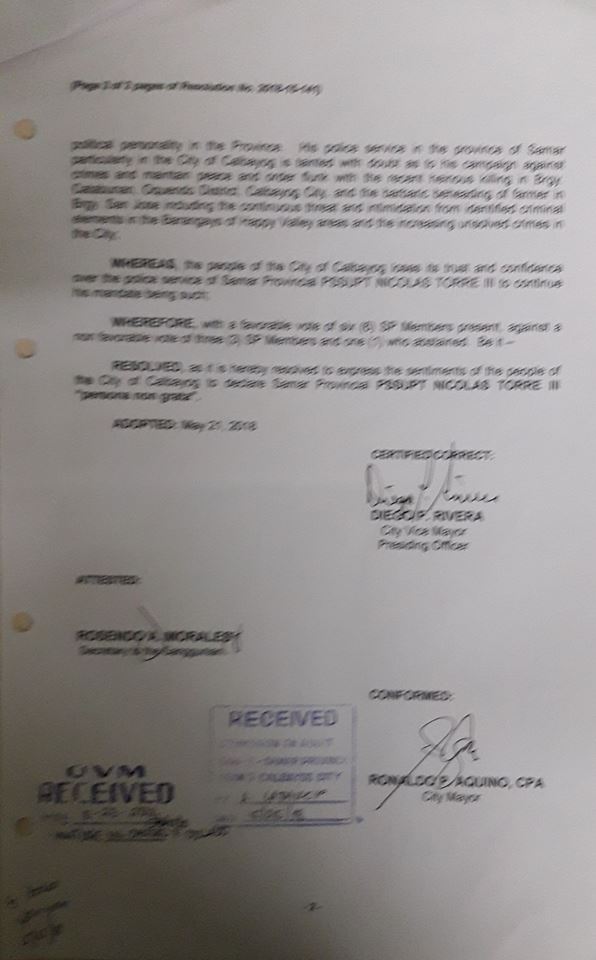 Notably excluded from the same resolution is the name of Samar’s Police Provincial Commander, Supt. Nicholas Torre III, whom the City recently declared as “persona-non-grata.”

PNP Chief Director General Oscar Albayalde earlier said that the reshuffling was needed due to the recent and upcoming retirement of some senior officials, and to make sure that the right person is assigned at the right post.(CJ)