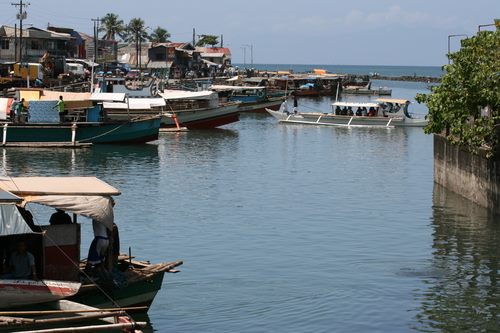 Calbayog River Port where passenger and fishing motorboats moor. The motorboats come from Samar island towns and other nearby places. (The picture with the title Calbayog Port by Rudy was taken by the photographer Rudy_Fuentes on 18 September 2007 and published over Panoramio. Calbayog Port by Rudy is next to Calbayog River and is located in Province of Samar, Eastern Visayas, Philippines. You can see the original site of the image here.)
CALBAYOG CITY - The City Government of Calbayog held a dialogue with the water transportation sector in line with the city’s nomination as Region 8 Representative to the National Search for R.I.V.E.R.S (Recognizing Individuals, Institutions Towards Vibrant and Enhanced Rivers) for Life Awards of the Department of Environment and Natural Resources (DENR).

Attending the event were owners and operators of commercial fishing and passenger motor bancas (boats) which regularly moor at the Calbayog Seaport.

Among the issues discussed are the following:
1. Oil spills which affect the quality of the sea waters
2. Separation of mooring areas between fishing and passenger vessels
3. Shallowing due to continued siltation at the mouth of Calbayog river
4. Accountability of the vessel operators when passengers throw their thrash to the sea
5. Provision of proper toilets/septic tanks particularly for passenger motorbanca; and
6. Provision of rest rooms for passengers at the fishport/terminal.

During the dialogue, the participants threw their support behind a proposed city ordinance seeking the regular collection of garbage from the vessels whenever they are moored at the city’s seaport for a fee of PhP 20.00 each collection. 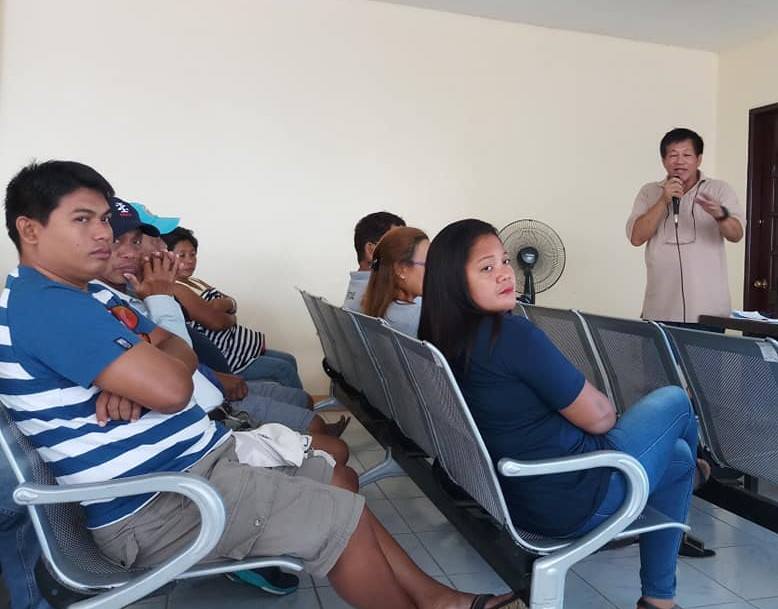 CSWMO Department Head Engr. Reynaldo Gonzaga during the meeting appeals for cooperation of motorboat operators in maintaining and sustaining the cleanliness of Calbayog River.
City Solid Waste Management Office head Engr. Reynaldo Gonzaga appeals for more cooperation in keeping Calbayog waters, including its sea waters, clean, citing the fact that unlike its neighboring bays in Samar, the Calbayog seawaters seldom get contaminated by red tide toxins.

Meanwhile, Dioscoro Tan, the president of the operators organization of passenger vessels asked the help of the DENR or the Marina to come up with an appropriate design for toilets that can be installed in their motor banca, and its proper disposal.

Tan and his organization promised their support and cooperation to the different economic and environmental programs of Calbayog, even though they come from another island municipality because of the gains their sector gained in transacting business in the city. 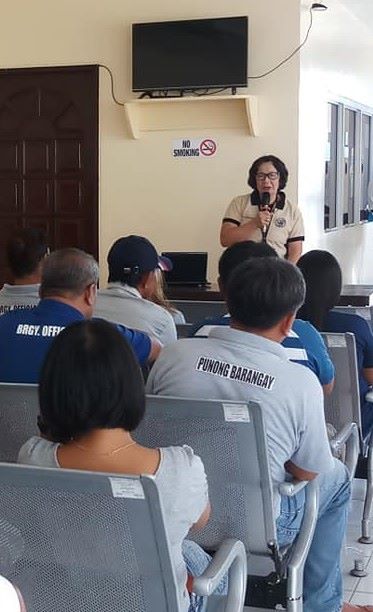 Calbayog City Administrator Rosario Gonzaga represented the City Mayor during the meeting with the motorboat operators.
Facilitating the dialogue and standing in for Mayor Ronaldo Aquino is City Administrator and Save Calbayog Rivers Foundation, Inc. (SACRIFICE) Executive Director Rosario Gonzaga, supported by the representatives from the CSWMO, City Economics Enterprise Office (CEEO), Calbayog City Police Station, Philippine Ports Authority, Coast Guard and MARINA Offices in Calbayog, while personnel from DENR and Environment Management Bureau of Region 8 gave the salient points of the Clean Water Act vis-avis with the RIVERS for Life Awards.(CJ/ESLim) 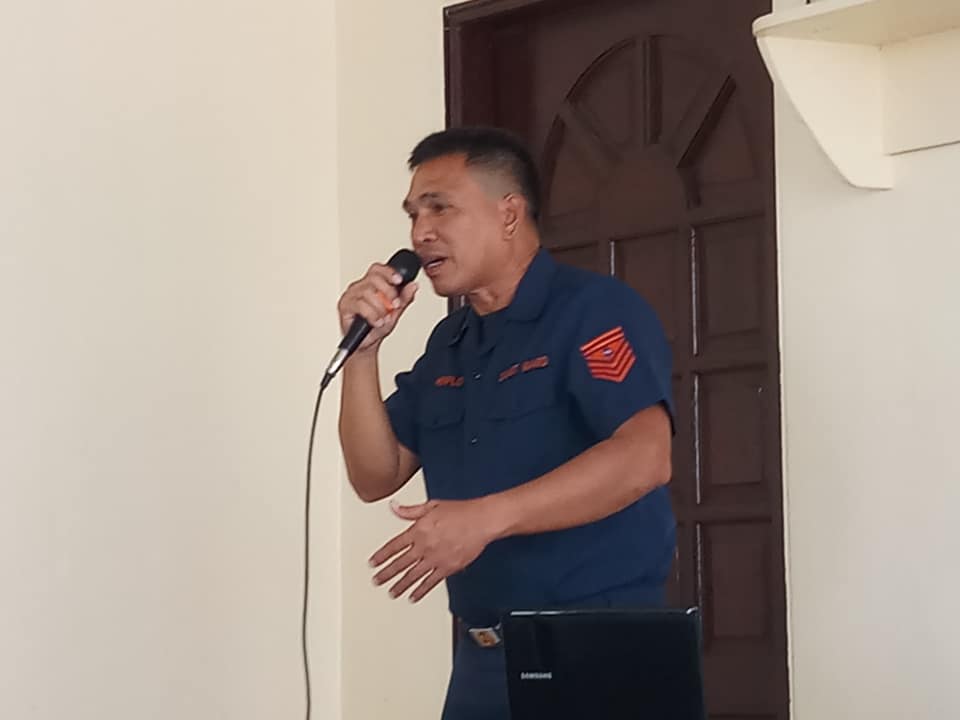 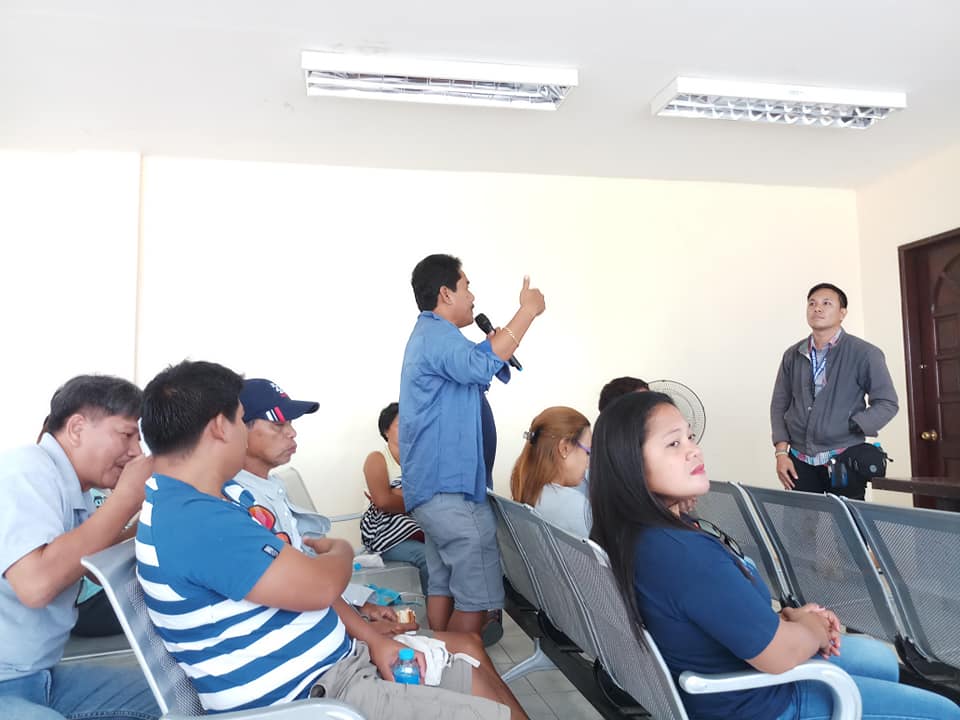 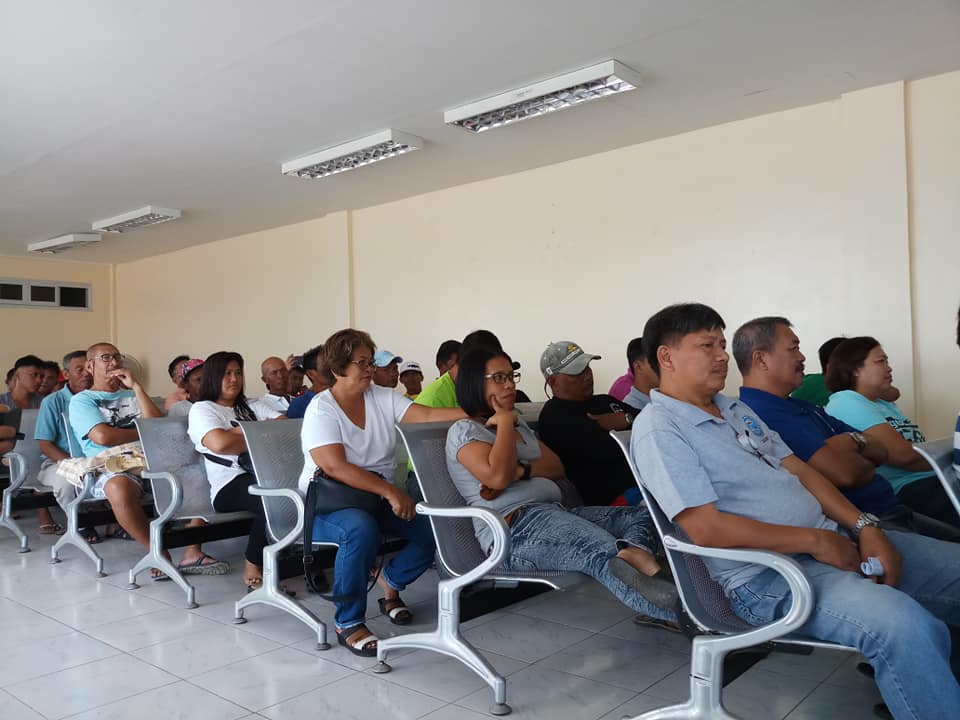