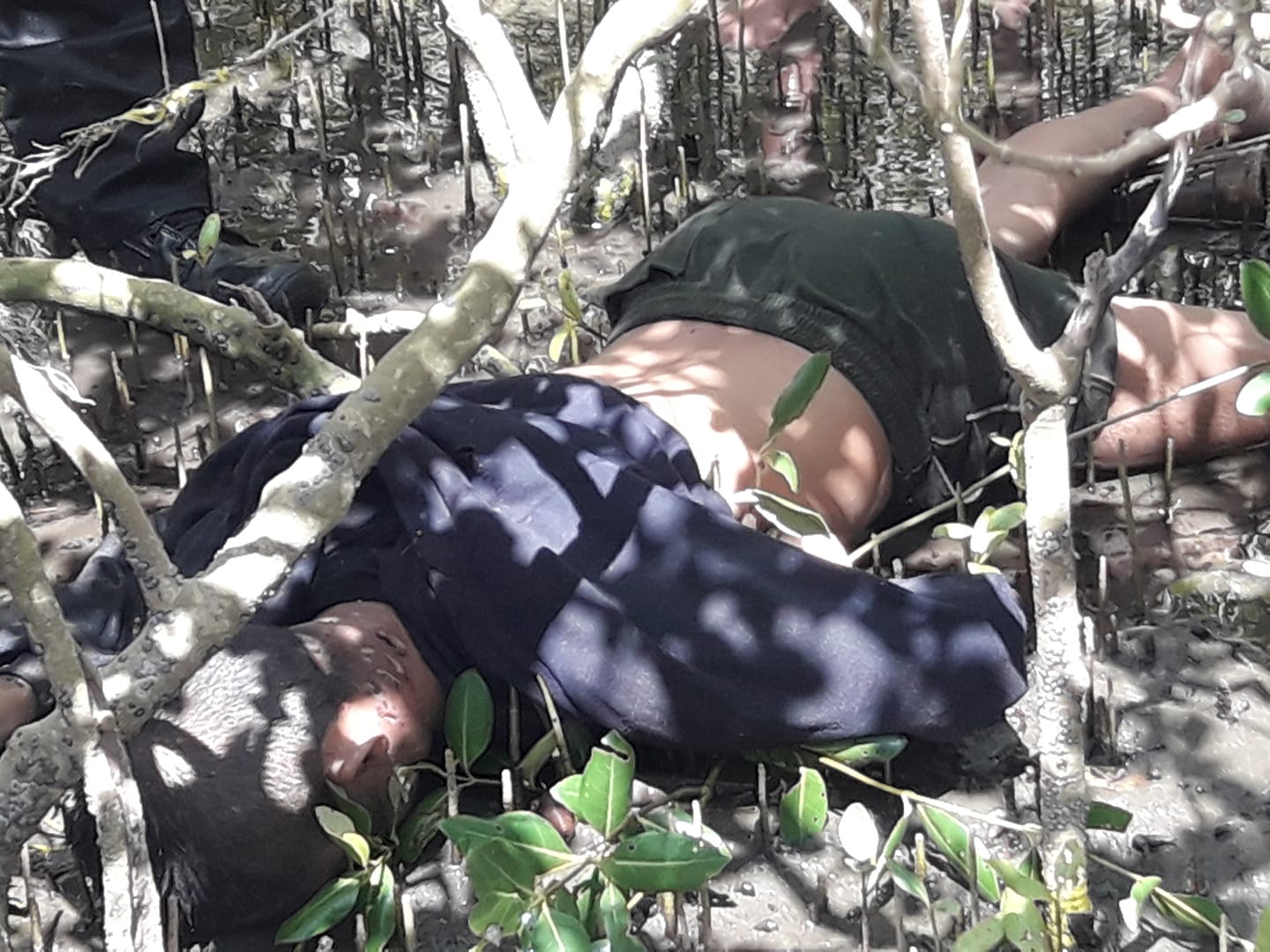 The victim was identified as Arnold Matias y Bañacia, 21 years old, single, jobless and a resident of Purok 8, Barangay San Policarpo, this city, when at around 3:45 in the afternoon (more than three hours after the body was found), a 42-year old Virginia Bañacia came to the PNP Station and introduced herself as mother of the victim. Virginia further told that her son, Arnold, was a gay and was also known by the name “Kalbo.”

Barangay San Policarpo where the victim resides is about three (3) kilomers away from the shorelines of Barangay Obrero where his body was seen.

In its report, the police said they were alerted about a body of a person wearing dark-blue longsleeve shirt and a pair of shortpants that was seen lying prostrate among the mangroves. The information came from a concerned citizen thru a cellular phone call at around one o’clock in the afternoon.

On-site verification of the report by both PNP Investigators and SOCO team adduced a lifeless body of a male person with multiple stab wounds in the different parts of his body (including the face and the head). 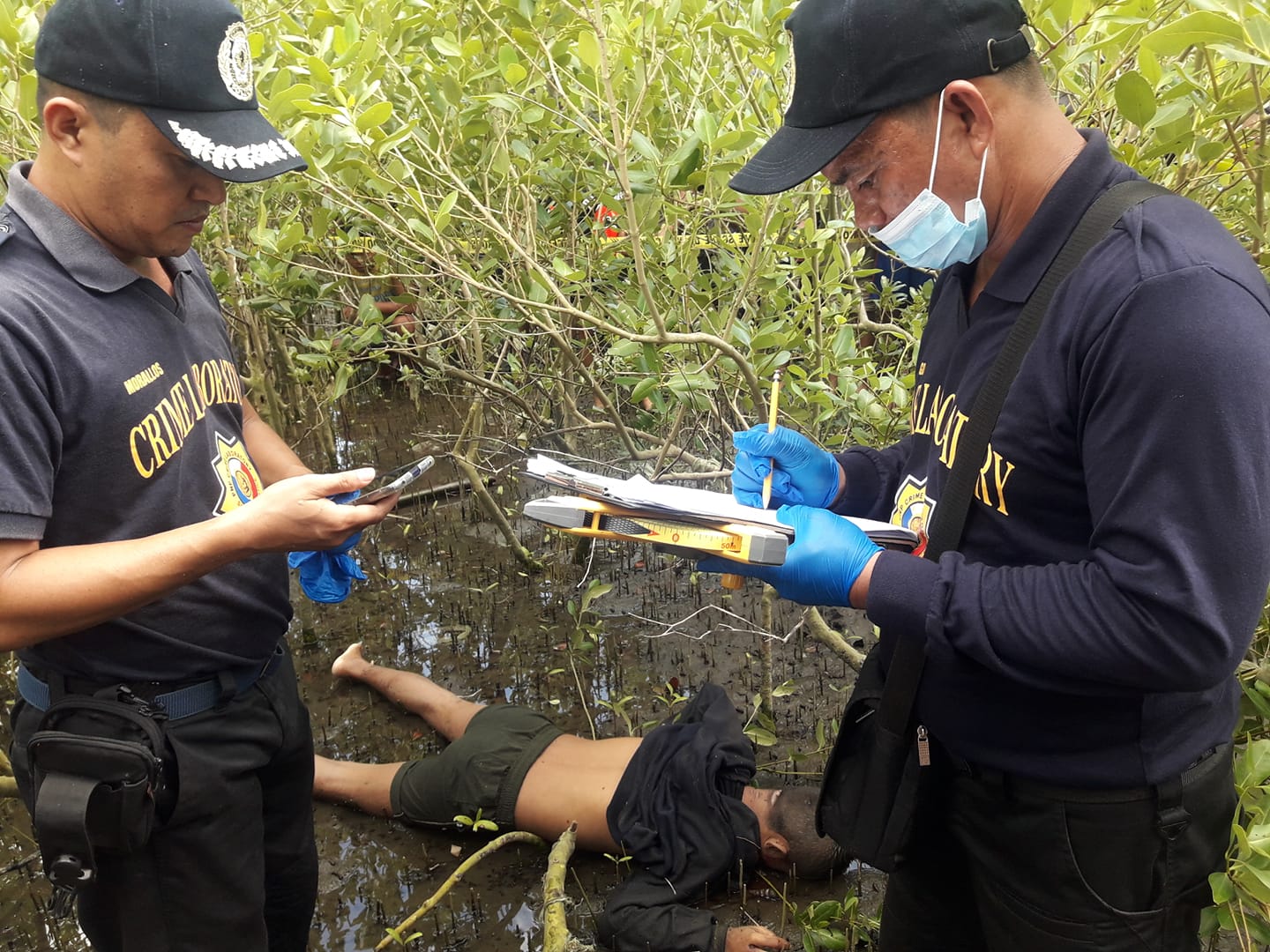 SOCO Team conducts its examination on the lifeless body of victim Arnold B. Matias - March 11, 2020.
The lifeless body was immediately brought to a funeral parlor for autopsy when no one from the on-lookers and bystanders or residents in the area was able to give information as to the identity of the victim.

The victim, according to his mother Virginia, left their house in Barangay San Policarpo at around 5PM of March 10, 2020 to go to the house of his Grandmother Editha Bañacia in Barangay Capoocan (2 kms away). It was the last time the mother saw his son alive because Arnold did not come home for the night.

Neither was Arnold in his grandmother’s house when Virginia checked on him at 4:00 AM of March 11 (2020). Grandmother Editha, however, told Virginia that Arnold came over to her house in the afternoon of March 10 but immediately left.

The next thing Virginia knew (at 2:30 in the afternoon of March 11) was that her son was already in a funeral parlor but that she does not have any idea why.

Without as yet a hint as to the motive behind the act of killing, police investigators informed Calbayog Journal that they are in the process of investigating the circumstances surrounding the death of the victim to be able to establish the facts that will lead to the identity of the perpetrator or perpetrators.(CJ/JMM) 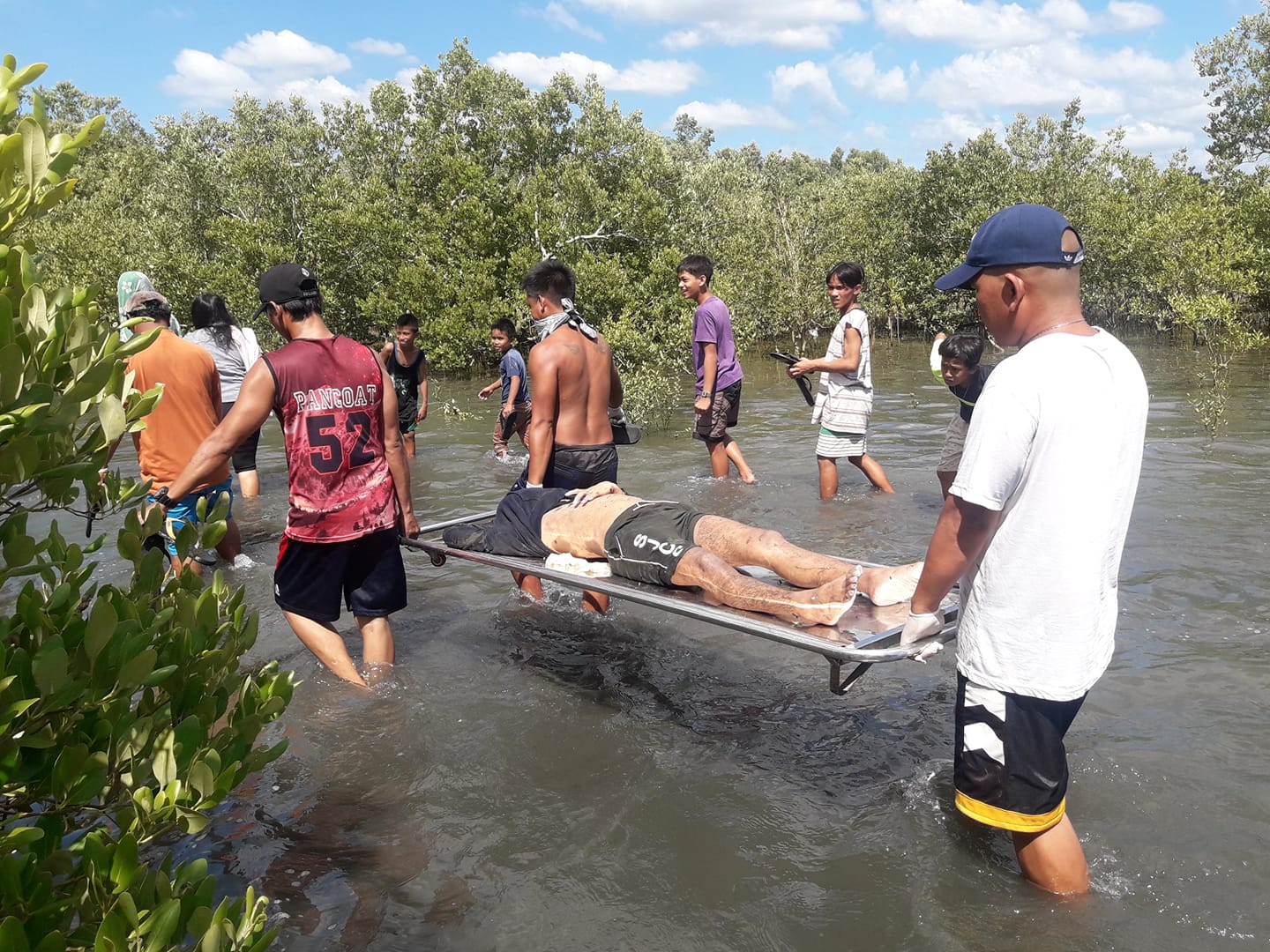 Photo shows the lifeless body of the victim being carried from the mangroves where he was found to the dry grounds of Purok 3, Barangay Obrero for identification, autopsy and turn-over to the family - March 11, 2020.