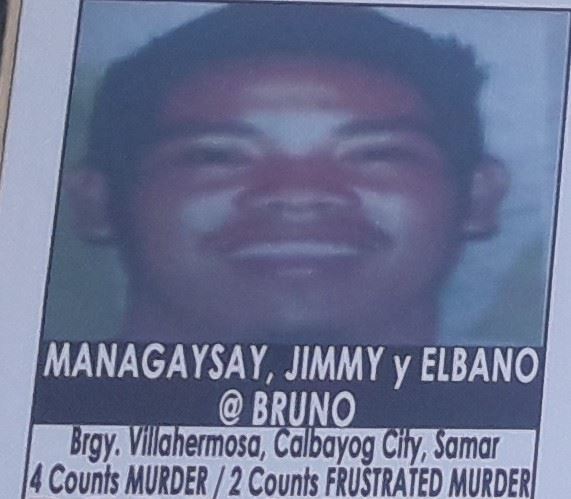 +CALBAYOG CITY CITY – A criminal group headed by Jimmy Elbano Managaysay is identified to be responsible in beheading the farmer in Barangay San Jose on May 02, 2018. One million-peso reward awaits for the capture of Managaysay.

The police officers are in continuous hot-pursuit operations against ten (10) criminals headed by Managaysay who are identified by witnesses to be responsible in the early morning attack that led to the shooting and beheading of farmer (56-year old Teodirico Francisco) and wounding of his father (75-year old Rodrigo) in a farmland in Sitio Inacawan, Barangay San Jose, this city. Rodrigo is currently still in the hospital recuperating from gunshot wounds sustained.

Calbayog City Police Chief, Police Superintendent Jose Junar P. Alamo, is quoted in one of the reports saying that Managaysay and his group is believed to be already hiding in one of the mountains in the area because nothing was found by the group of police officers that went to the house of Managaysay in Barangay Villahermosa (also in Lower Happy Valley area) during the conduct of hot pursuit operations.

Subject to four (4) Murder and two (2) Frustrated Murder cases, Jimmy Managaysay is among the eighteen (18) most wanted criminals in the province of Samar. His capture has been earlier up for Php500,000.00-reward until it was later raised to Php700,000.00. After this beheading incident (in May 2, 2018), the reward for whoever can capture or kill him has been raised to Php1M. 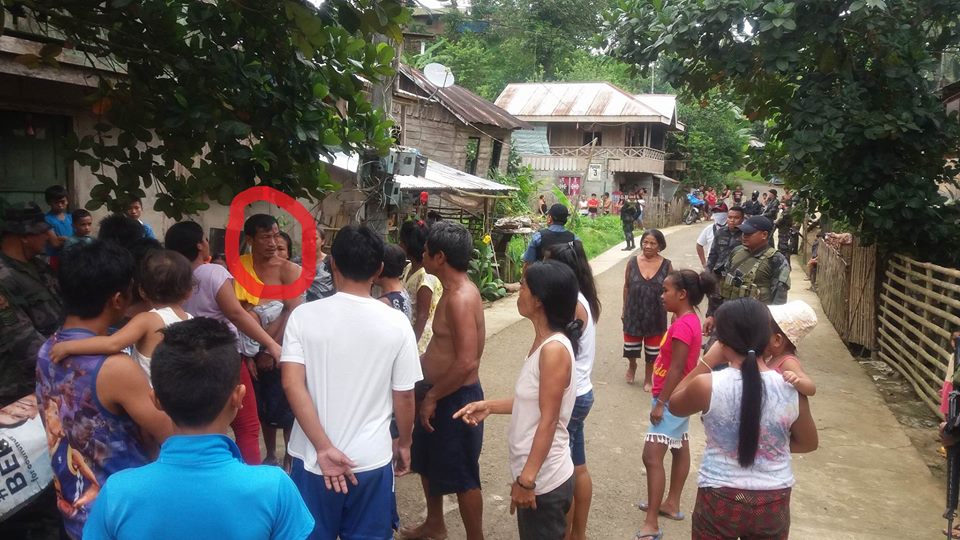 (Edgar Elbano (in red circle) is shown among a group of villagers before he was brought with other men from the area for investigation at the city police station.)
Meanwhile, Edgar Elbano, with the assistance of a representative from the Public Attorney’s Office, has undergone inquest proceedings before the Office of the Prosecutor for the crimes of Murder (of Teodirico Francico) and Frustrated Murder (of Rodrigo Francisco) filed by Calbayog Philippine National Police on May 03, 2018. Prior the incident, Elbano has been vindicated from a murder case he was implicated.

Elbano has been kept under police custody since the time he was included with some of the men from the village for investigation on the same day of the beheading incident (on May 02, 2018). Other men were released on the same day.(CJ)