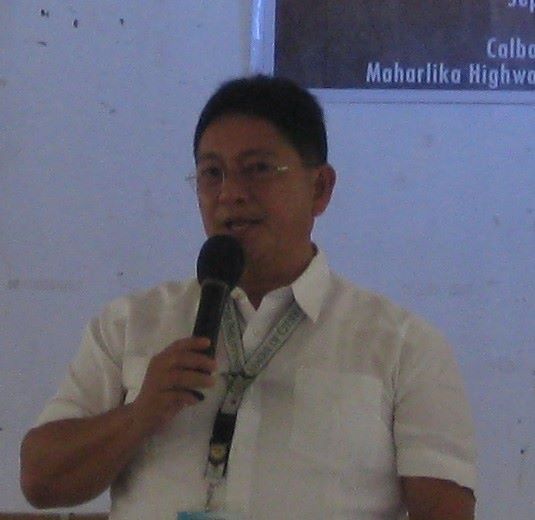 CALBAYOG CITY – “I have long been disappointed with the delivery of the prosecution system in the city and I have already asked our lawyers to collate copies of resolutions made so we can bring matters to the Department of Justice for appropriate actions,” Mayor Ronald P. Aquino said in an interview.

Having requested PNP Director General Ronald “Bato” Dela Rosa and AFP Central Command, General Del Rosario for a manhunt operations to members of the Partisan Armed Groups (PAGs), Mayor Aquino expressed that the problem lies on the fact that “there are no existing warrants for the arrest of most of these PAGs members who are listed in the matrix of the police intelligence division for reasons that there are no cases filed against them.”

Citing a case of massacre in one of the barangays in the lower happy valley area of the city where a prime suspect was excluded in the information filed in court even when the suspect was positively identified and pinpointed by the survivor-witness in front of the prosecutor during the preliminary investigation, Mayor Aquino expressed his doubts and frustrations as to the kind of justice system being applied in the city.

Mayor Aquino further said that “in most instances witnesses to a crime (perpetrated by PAGs member/s) chooses to keep quiet for fear of their own lives as well as of their respective family members particularly so when these armed criminals haunt houses of witnesses to their crimes every now and then. This situation aggravates the difficulty of establishing evidences to merit a case against PAGs members.”

“On the other hand,” the Mayor further expressed observation that “cases for deaths of people on the other side are immediately established with witnesses who are not afraid to testify because they are heavily armed, being undoubtedly members of their own PAGs.” 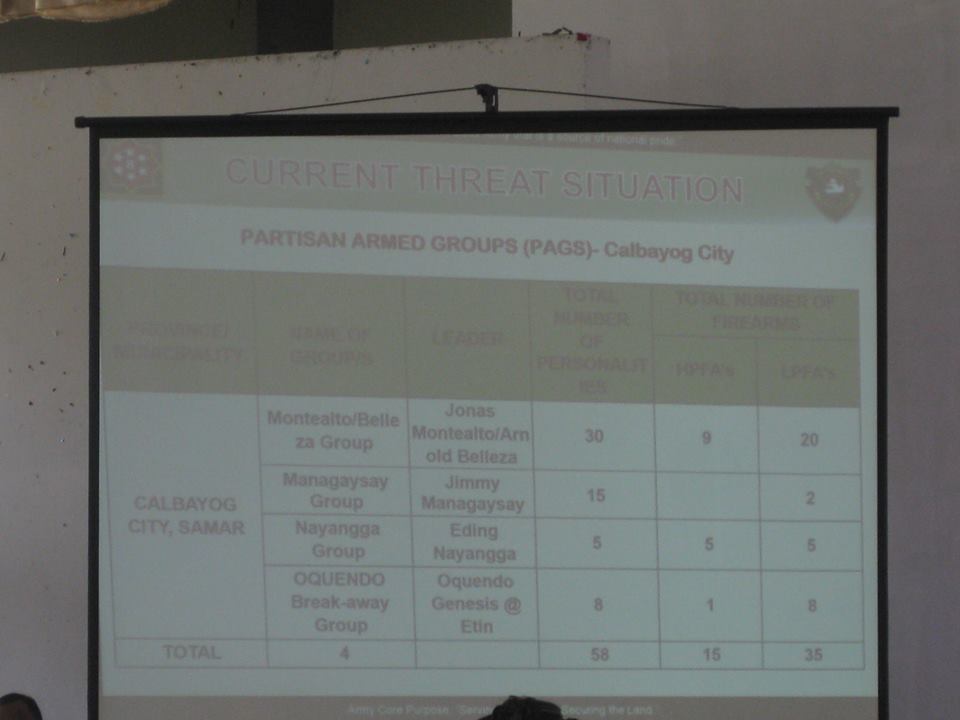 Moreover, Aquino holds that “police officers in Region 8 know who among the politicians and families in Samar are coddling and maintaining the PAGs because a police officer positively identified and informed General Bato to which political party the PAGs in Samar belong.”

Based on his personal knowledge about the people running the activities of a PAGs, the Mayor informed that “being well-armed, systematically organized and highly-financed, PAGs operation in Samar is a business of a particular person but whose offer for services I have declined because I uphold the preservation of a life and the lives of people.”

On the orders of the PNP Director General for the creation of a task force with the core mission of neutralizing the PAGs in Samar, Mayor Aquino still expressed hopes for the good to triumph over evil even in the midst of his apprehensions over the absence of warrants for the arrest of PAGs members. (CJ/JOSEPHINE MENDOZA)