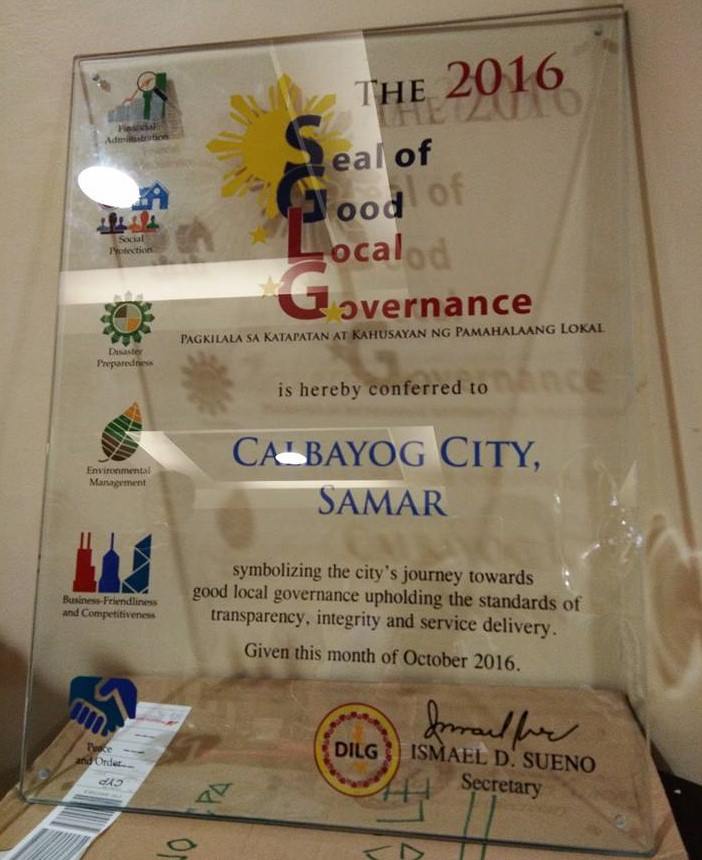 CALBAYOG CITY – The 2016 Seal of Good Local Governance (SGLG) is the first prestigious recognition of its kind received by the City of Calbayog that succeeded the Seal of Good Financial Housekeeping awarded to the city in the year 2015.

City Mayor Ronaldo P. Aquino, in a statement, expressed his thanks to the people of Calbayog for the inspiration they provided to the officials, officers and employees of the city government towards the delivery of services that the Calbayognons well deserve.

“It is a teamwork of the local government employees – the legislative assembly headed by the Vice Mayor, the department managers, assistant managers, officers and the rank-and-file employees because they are the frontliners in government service while I was guiding them on how governance should be performed and services delivered,” Mayor Aquino said. 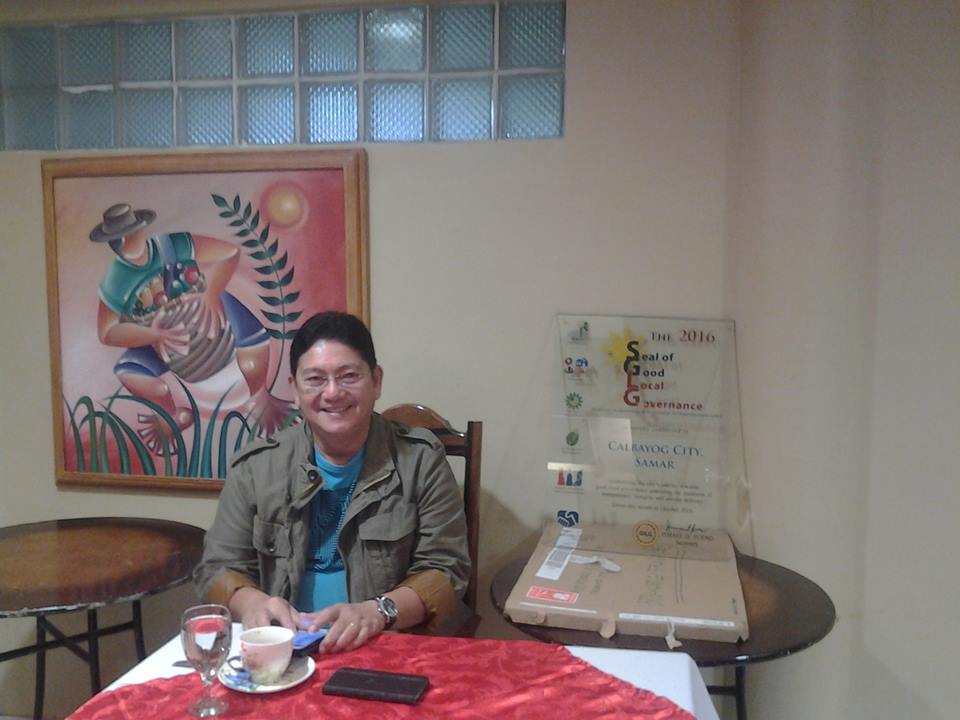 Aquino further informed that “during my first years as Mayor in 2012 and 2013, I had to apologize to the city employees for not being able to provide budget for additional year-end benefits because of the budgetary deficit that the city government was suffering at that time but which only needed some belt-tightening in all aspects of expenditures. It was not an easy decision. Yet, somehow, we needed to straighten the finances of the city.”

“Being awarded DILG’s Good Financial Housekeeping (GFH) in the year 2015 (for the performance in 2014) was a fulfillment in so far as financial administration is concerned because it did not only prove worthy of the employees’ sacrifices but also indicated improvement of practices in the city’s governance,” Aquino stressed.

Believing that the Calbayognons deserve more, Mayor Aquino is not the man to sit on the laurels of DILG’s Good Financial Housekeeping recognition, he continued to lead LGU Team and the Calbayognon’s towards achieving more honor and prestige in governance for the city and its people. 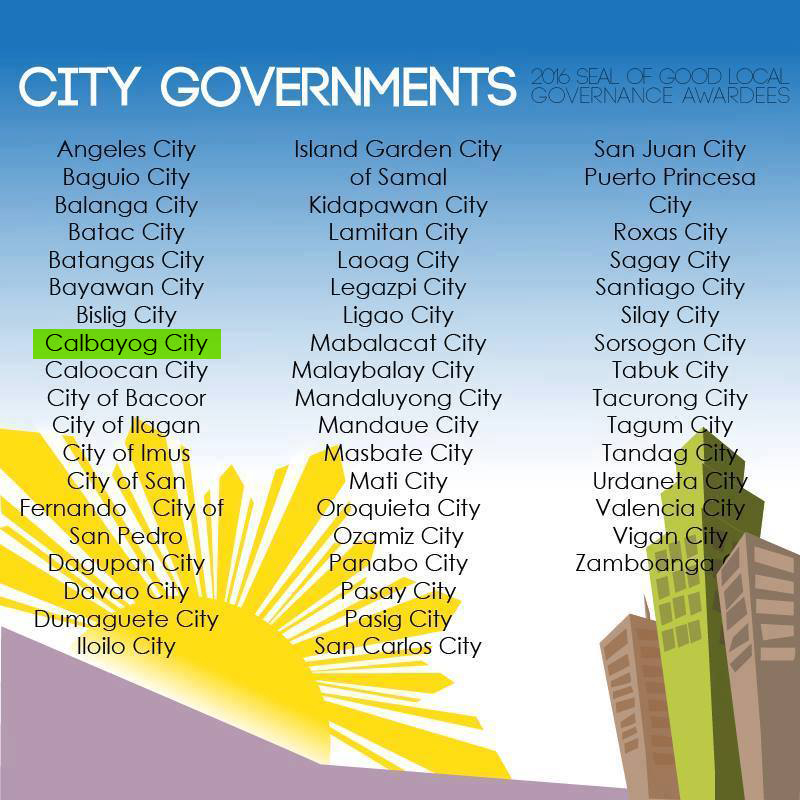 Only 306 local government units met the 2016 SGLG criteria out of 1,672 that were assessed by national government agencies, civil society organizations and the private sector, with Eastern Visayas (Region 8) having 12 awardees (4 provinces, 1 city and seven municipalities).

Being one of the fifty cities awarded, Calbayog is the only city in Region 8 that was given the SGLG recognition by the Department of Interior and Local Government (DILG) during the celebration of the 25th year of the local autonomy under the Local Government Code of 1991 (Republic Act 7160) on October 27, 2016.

“We still need to work hard now even when our efforts already merited to be passer of the most coveted SGLG because I see the need to upgrade the aspects of disaster preparedness and social protection as the challenge of doing better drives us to continuously achieve the gains of being able to benefit from national-government-funded projects for the betterment of Calbayognons and, most of all, to maintain the priceless honor that the SGLG award brings to the city and its people," Mayor Aquino concluded. (CJ/JMM) 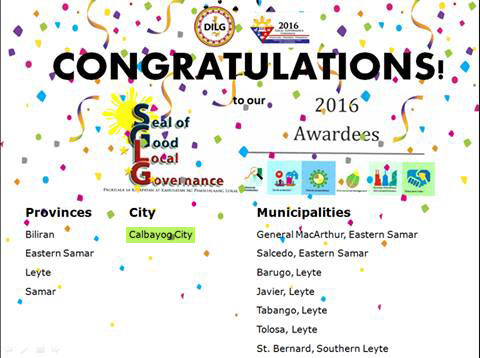