MAYOR DIEGO TO NEW CALBAYOG PNP CHIEF: “LET US WORK TOGETHER, I AM STILL CITY MAYOR. . .” 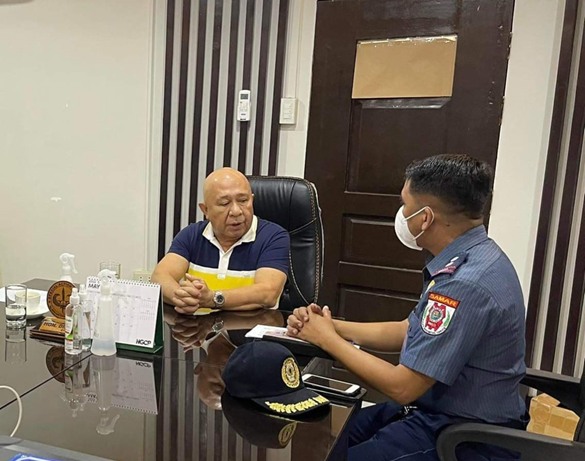 CALBAYOG CITY – Incumbent City Mayor Diego Rivera is steadfast in delivering the functions of his Office until noontime of June 30, 2022.

“I cannot create a vacuum in the functions of a Mayor while I am in Office because I have constituents to serve and services to deliver until the newly elected Mayor sits down and take over the responsibilities at noontime of June 30, 2022.” This, he stated during the audience with the newly installed OIC-Chief of Police in the city with the presence of DILG City Director Gretchen Mae Corrales in the morning of June 15, 2022.

Confused over the seeming silence of the PNP for an official report/call regarding the recent incidents of death involving Jade Andrei Bestudio and Roan Jeallen Lamparas and pressed with fulfilling the responsibility of assuring the people about peace, order and security, Mayor Rivera informed Calbayog Journal that he had to call Lt. Col. Teodulfo Manatad at the wee hours of June15, 2022 demanding for updates, only to be informed that since June 10, 2022, the city has a new PNP OIC-Chief in the person of Lt. Col. Ericson del Rosario.

“Having a new COP without my knowledge while I am still City Mayor is some kind of not normal,” the Mayor said and continued to tell that “so, I immediately called the new chief thru the number provided to me by previous COP for a meeting because I need to know what is going on in the city under my watch and what is the police doing about it.” 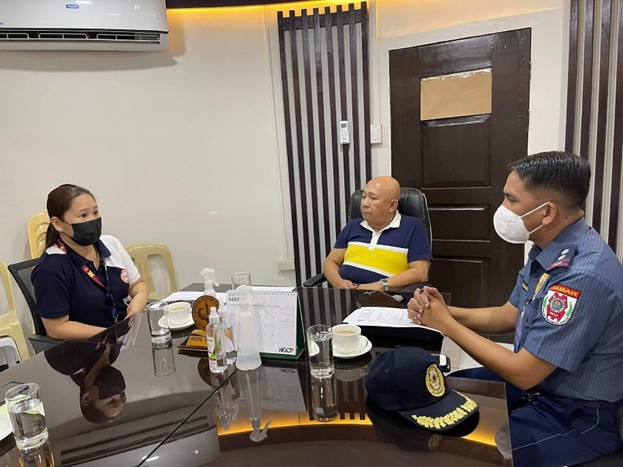 During the meeting in the Office of the City Mayor in the morning of June 15, 2022, Lt. Col. Del Rosario was apologetic about not having made courtesy call to the Office of the City Mayor upon assumption to duty in the city. He explained that the silence and the lack of reports was inadvertent as brought about by the demands for actions due the recent incidents during his first few days in the area.

Lt. Col. Del Rosario, in the progress of the meeting, provided information as to the status of the on-going investigations being conducted by the PNP relative the cases of Bestudio and Lamparas.

Mayor Rivera expressed full support in the investigation of the case in terms allowable by law. He further assured the new City PNP Chief to be provided of the same support the city government has extended during the service of the previous COPs.

It can be recalled that on top of other support services, provisions and allocations needed in the operation and delivery of police services to the people of Calbayog that the city government has extended to the City PNP Force, the station was also provided with three (3) cars and four (4) motorbikes by the city government during the administration of Mayor Rivera.

In conclusion, Mayor Rivera assures Calbayognons that he will continue to do his best in the service of the people of Calbayog until last day of his Office. (CJ/JMM)