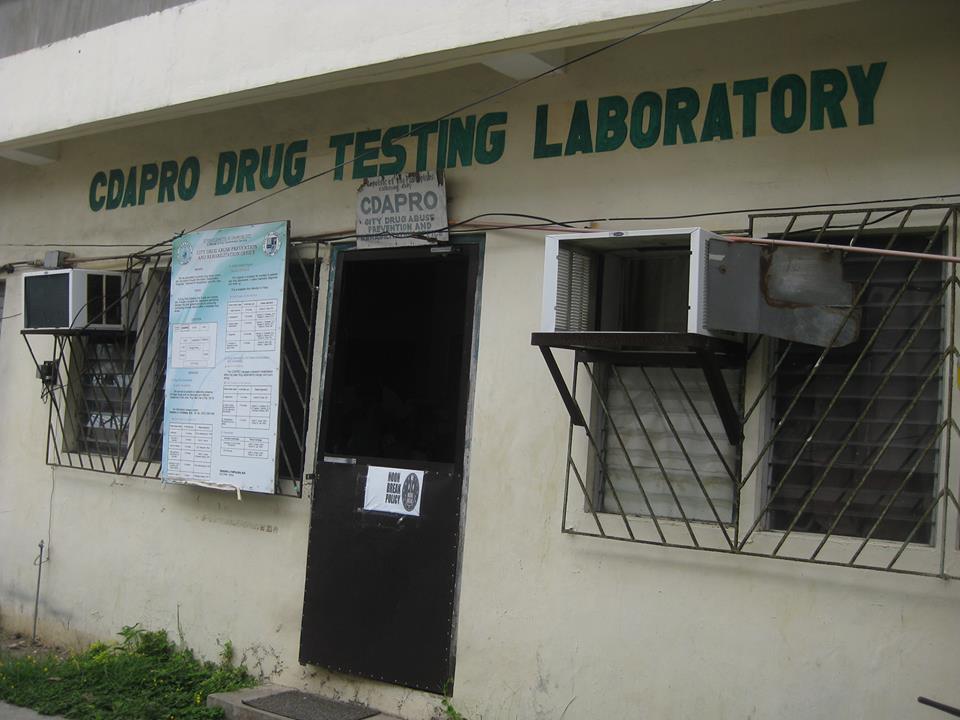 CALBAYOG CITY – In less than twenty-four hours after hearing challenge from the media practitioners in the city, Mayor Ronaldo P. Aquino submitted himself for a drug test in the morning of September 20, 2016.

Lim informed that thru an Executive Order, Mayor Aquino directed all officials and employees of the city government, national government agencies, including members of the city’s police force and other law enforcement agencies, to undergo the mandatory drug test. 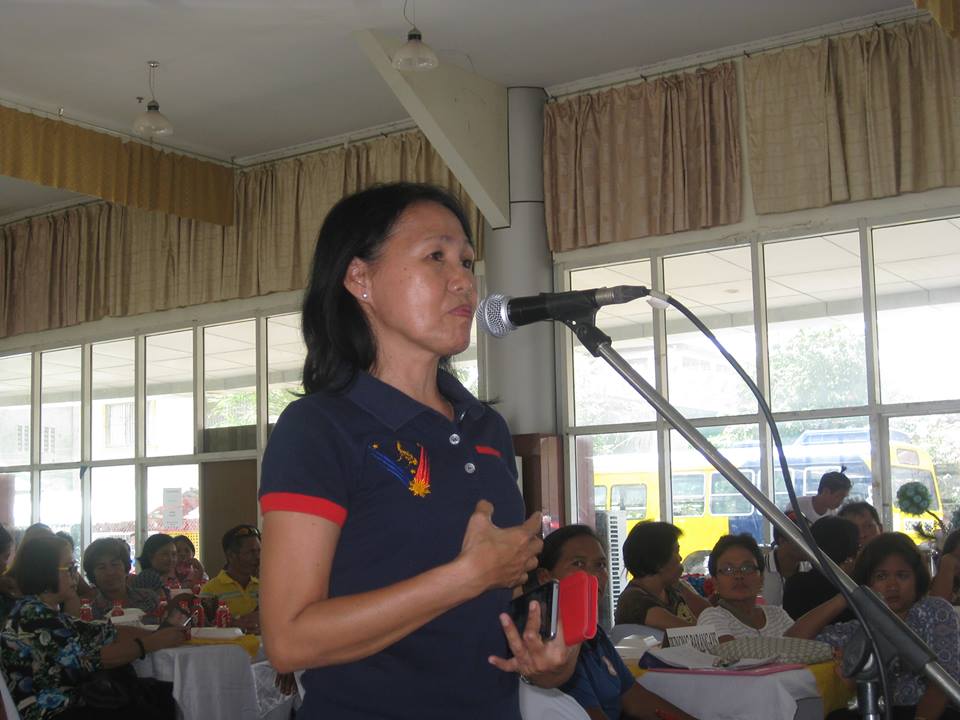 Furthermore, Lim relayed that “for a true, realistic and convincing result, as well as in doing away from skepticism, “Mayor Aquino has been calling for anybody to challenge him to undergo drug test any time and it was the media group who signified the challenge.”

Moreover, Calbayog media practitioners encourages other journalists in the region to submit themselves to drug tests with Calbayog Journal representative saying that “we also need to prove to the public that the journalists are clean and can well deliver their functions away from any amount of fix and influence of the prohibited drugs”

Having been challenged and right-away accepted it in the afternoon of September 20, 2016, Mayor Aquino, reported to the City Drug Abuse Prevention and Rehabilitation Office (CDAPRO) for the drug test challenge in the company of the city’s department heads, Radyo ng Bayan – Calbayog group: Eleen Lim, Cecilio de Leon, Jr., Marlee Laure-Tangpos, led by Station Manager Antonio Pueblos, and Calbayog Journal’s Josephine Mendoza who all submitted themselves to a drug test in the morning of September 21, 2016. 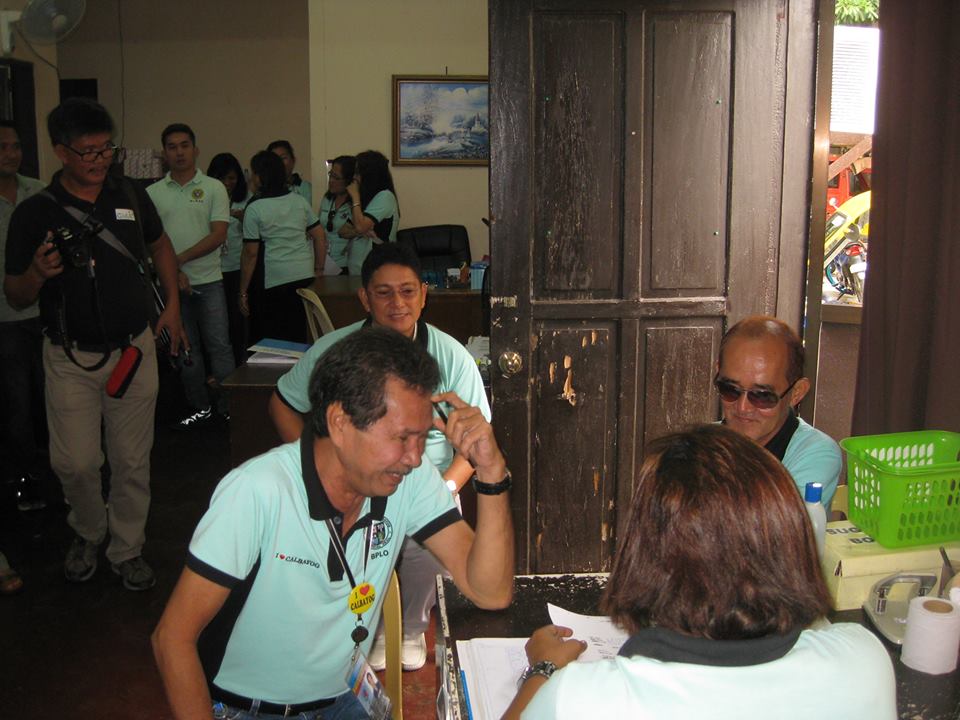 CDAPRO Head, Dr. Teodoro U. Fortaleza certified that Mayor Aquino passed the drug test, having yielded negative both in methamphetamine (commonly called “shabu”) and tetrahydrocannabinol (popularly known as “marijuana’) and informed that Mayor Aquino was tested twice having submitted urine samples twice within a span of one hour during that morning with both samplings closely monitored and tests done by CDAPRO personnel in the presence of the media practitioners and the department heads. 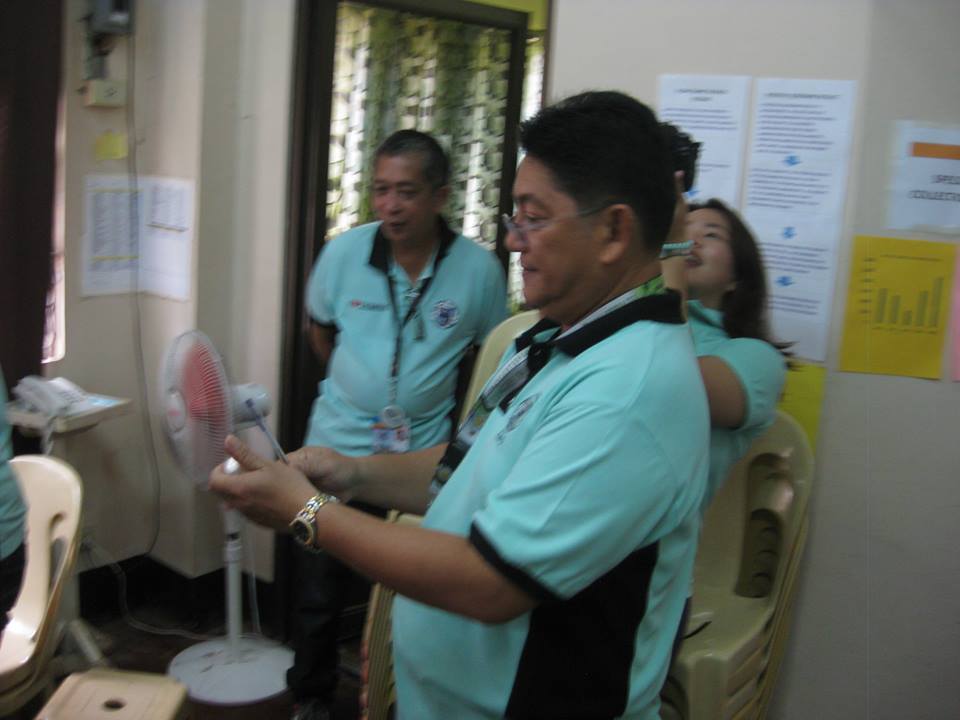 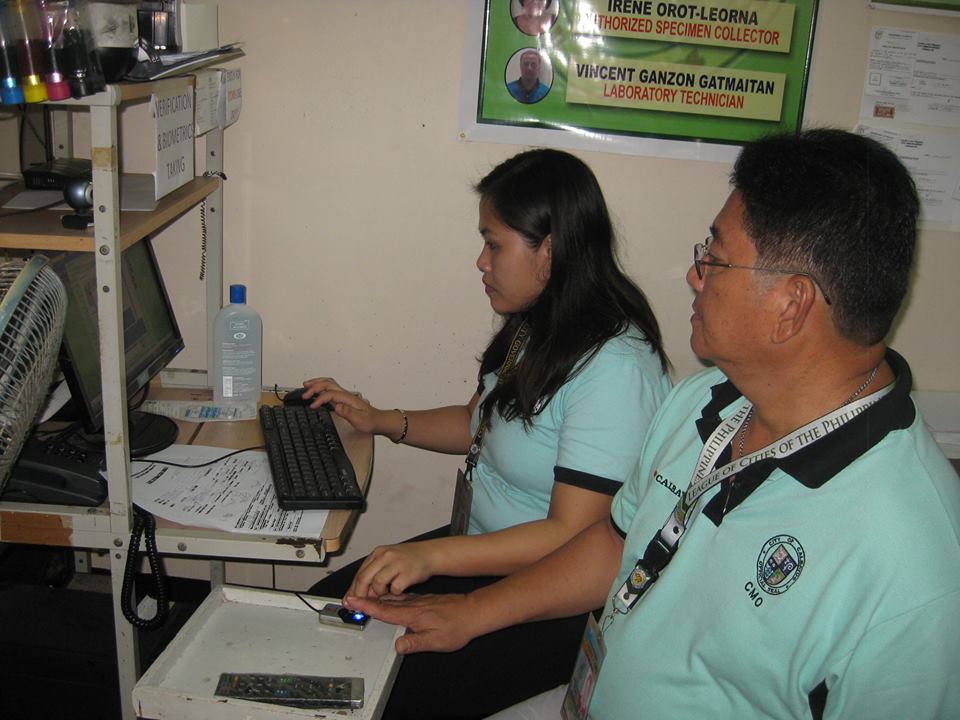 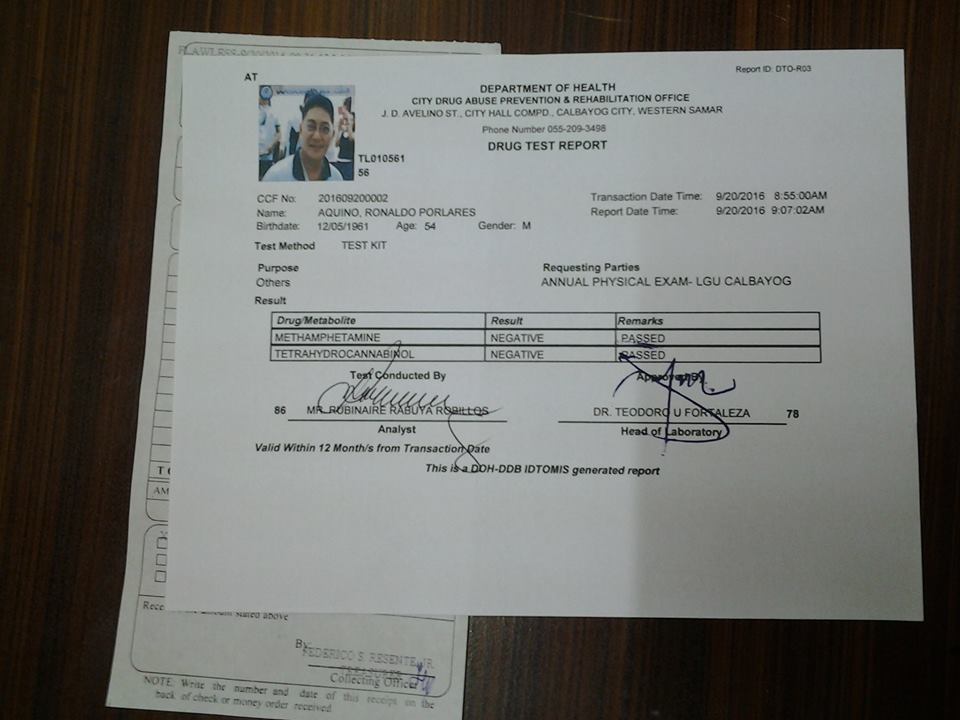 In an interview, Mayor Aquino expressed thanks to the media practitioners for the drug test challenge and stated that “I am confident with the result because I have never been to drugs since birth. I do smoke and drink occasionally, but has never been to drugs in all my life.”

“Upon assumption to office for my first term as elected Mayor in 2013, I required drug testing to all government officials and employees of the city but, way back then, I could not force them all because such imposition of compulsory drug testing, according to some of them, was a violation of their rights,” Mayor Aquino informed. 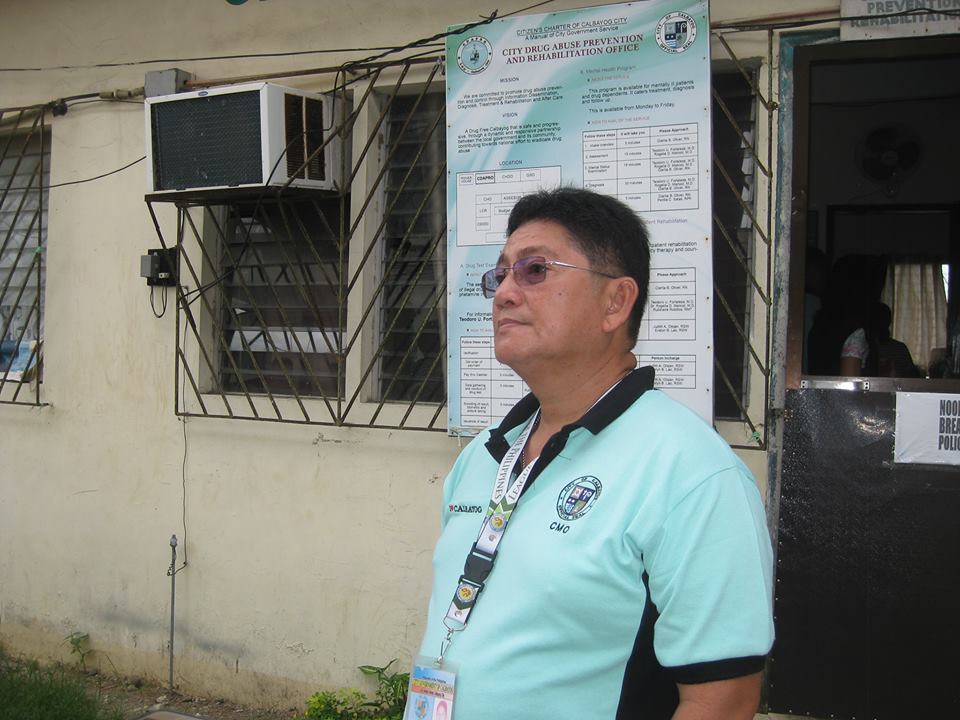 Mayor Aquino, however, explained that “with the present mandate of President Rodrigo Duterte, the city government issued a memorandum backed by a Resolution of the Sangguniang Panlungsod, directing all government officials and employees to submit to drug tests in support to the President’s campaign against illegal drugs in the country which campaign is so welcomed by the city.”

Drug testing in Calbayog City is scheduled but in undisclosed dates for compliance of a particular group within a longest period of two days from receipt of notice with urine samples extracted at the CDAPRO closely watched, monitored and supervised by authorized personnel while pants-pockets of subjects are first checked and inspected.
Barangay officials of the city are also required to submit themselves to drug tests in response to the call of President Duterte for a united efforts in curbing illegal drugs in the country starting with officials and employees of the government. (CJ/JMM/JAZMIN BONIFACIO) 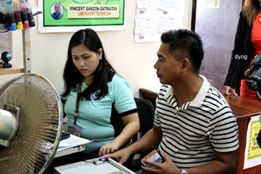 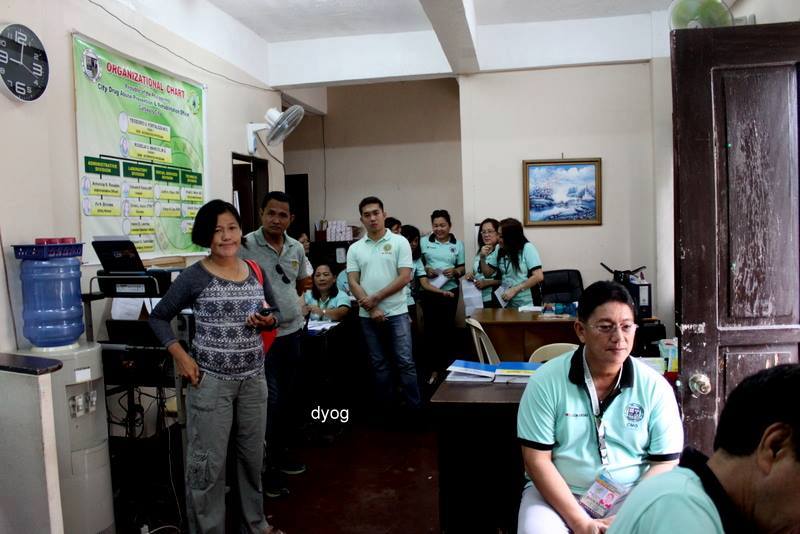 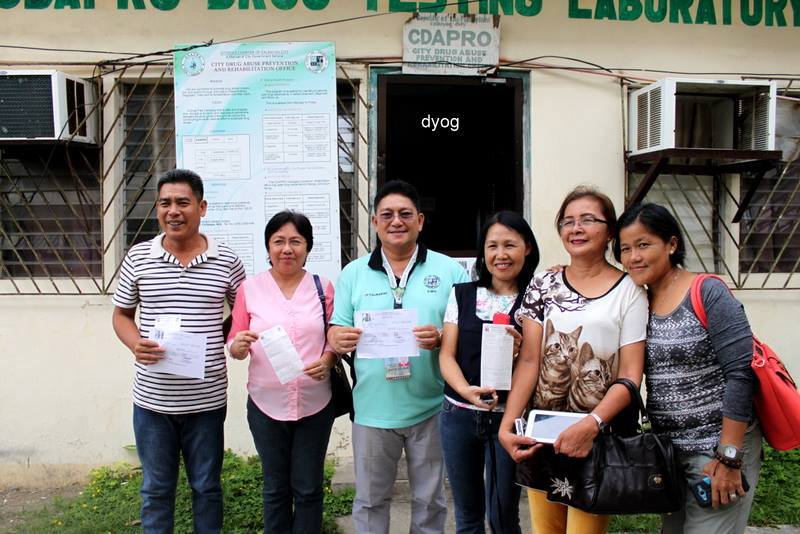 (The Calbayog Journal, September 22, 2016 - Photos from the posts of RadyongBayan Calbayog included.)
,