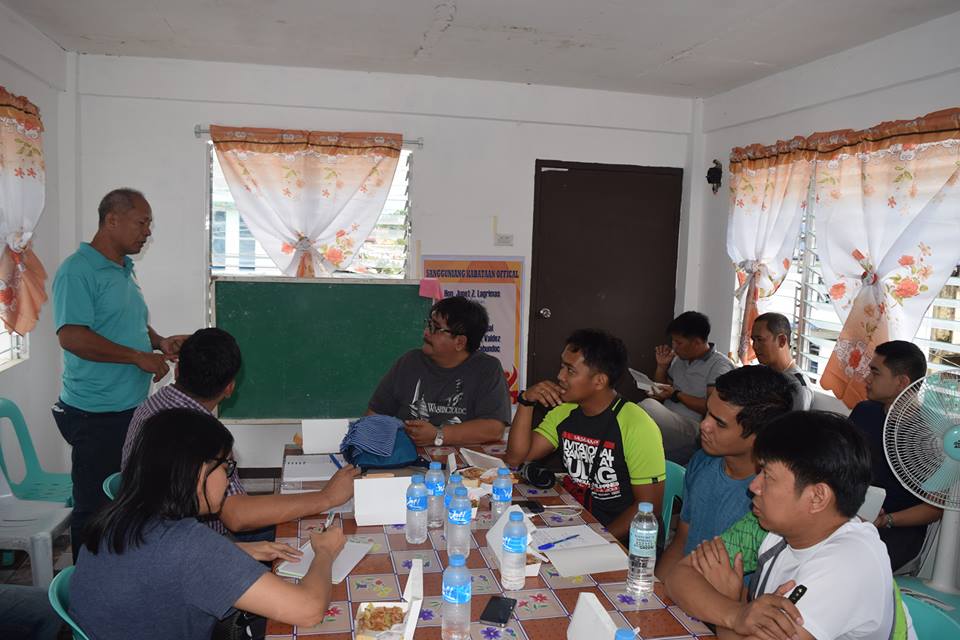 The photo shows one of the interactions during the Focused Group Discussion (FGD) for the MICRO-HYDRO POWER PLANT Project in Barangay Pilar, Oquendo District, Calbayog City.

CALBAYOG CITY – The implementation phase for the establishment of a micro-hydro power plant in Barangay Pilar has initialized.

A micro-hydro power plant to be established in Barangay Pilar of the city’s Oquendo District is in the process of implementation. The plant will generate up to a maximum of 150 kilowatts of electricity and is primarily aimed to benefit the people in Barangay Pilar and the adjoining communities.

Mayor Ronaldo P. Aquino who has been relentless in his endeavors to uplift the well-being of Calbayognons by providing improved and competitive means of income generation opportunities in the exercise of livelihood activities particularly in the city’s agricultural communities has earlier undoubtedly expressed approval of the project being a major compliment to the economic development agenda in the countryside.

“In our quest to improve income generation of our constituents in the agricultural communities and with the saying that goes and I quote: ‘Do not just give man fish, instead teach him how to fish,” the present administration has considered not only teaching our constituents to fish. We also considered providing them the technology that will help them improve the volume and quality of their produce when the symbolic ‘hook, line and sinker’ is no longer making them competitive with the present technology,” the City Mayor said.

“For the agricultural communities, we have seen that providing our farmers seeds to plant and technology transfer thru seminars and trainings may have been helpful but which are not enough to maximize their yields from ricefields and other agricultural farms,” the Mayor added and continued to say that “where there is source of water, they need electricity to run an irrigation system; they also need post- harvest facilities such as what is included in the project proposals submitted by the investors in the installation of the micro-hydro power plant in Barangay Pilar.” 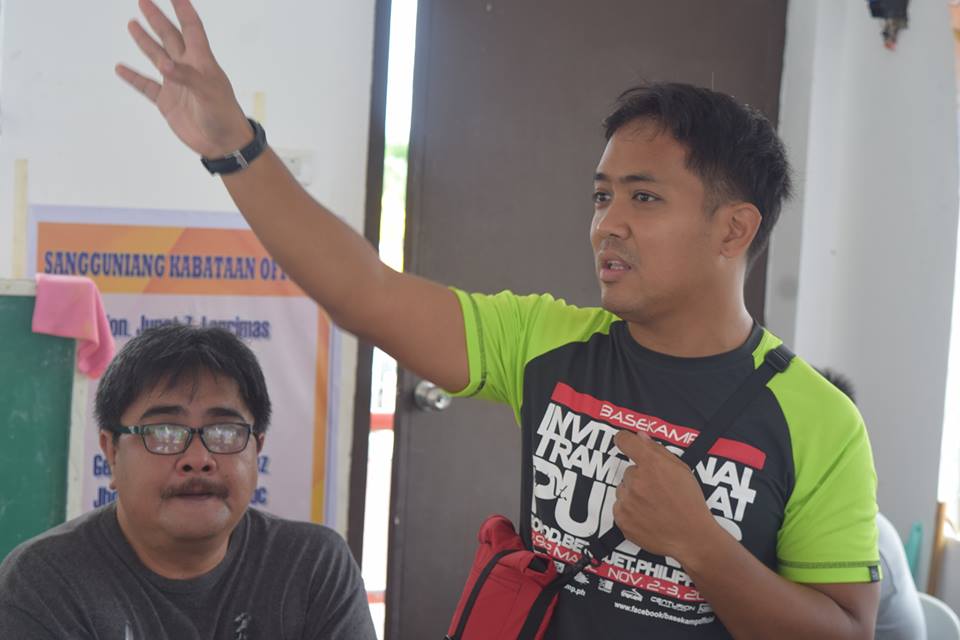 Edge Sustainable Energy, Inc. CEO FELIX AGONCILLO (in eyeglasses) and Engr. ISIDRO MARFORI of De La Salle Outreach Team are show discussing some details in the Micro-Hydro Power Plant.
During the Focused Group Discussion (FGD) with the Barangay officials, community/sector representatives in Barangay Pilar (in August 22), Felix Agoncillo of Edge Sustainable Energy, Inc., the investor in this project, told that the project includes provision post-harvest facilities for rice and other agricultural products that will be run by the micro-hydro power plant free of electric consumption charges.

“The construction of the micro-hydro power plant in the Barangay also includes the installation of post-harvest facilities that will be donated for the independent operation of the LGU-Barangay of Pilar and the use of farmers in the Barangay and the adjacent communities, initially for rice produce, such as mechanical dryers, rice miller, packing machines and branding gears that will make rice product come out of the post-harvest facility ready for selling,” Agoncillo informed.

“The initial post-harvest facility to be installed will be designed in such a manner that it will be made ready for upgrading with added machineries for copra-making and other product processors that can be feasible such as for cacao drying and pili nut shelling,” Agoncillo added. 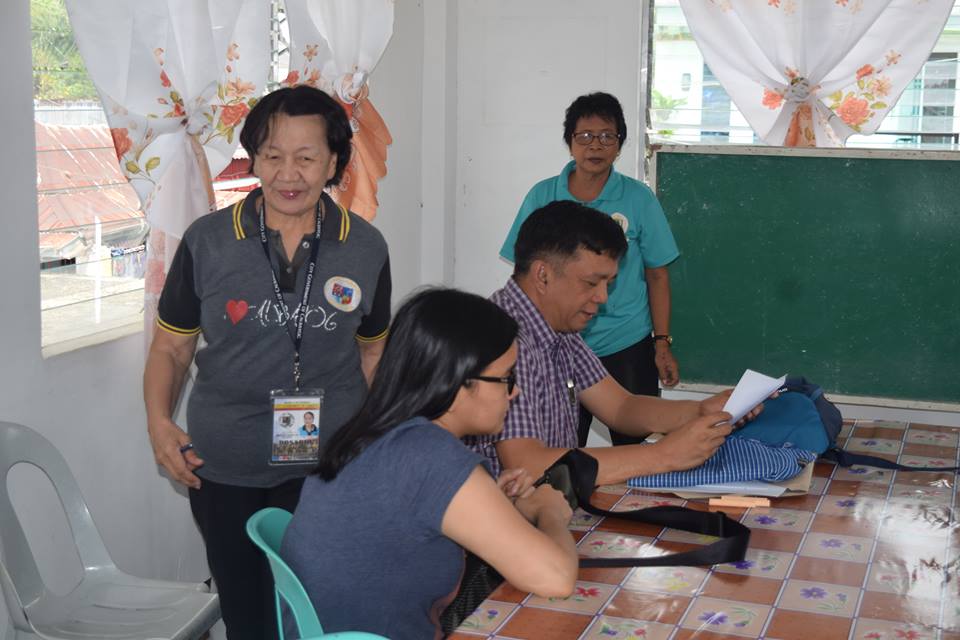 City Administrator Rosario Gonzaga, (standing in dark-gray Shirt) is shown as she expresses assurance about the assistance of the city government to the project implementation.
City Administrator Rosario Gonzaga who represented the City Mayor during the FGD conveyed assurance that the city government is well into the implementation of the project having already issued clearance and is only awaiting for the investor to comply with the requirements to be allowed to start with the construction phase of the project.

For the local government unit, Pilar Punong Barangay Agustin Anquilan expressed eagerness for the immediate implementation and completion of the project being seen to be an advantage for the farming sector of his village.

“I understand that the project will entail responsibilities for the barangay before and during the construction stage of the project as well as at a time when the power plant and post-harvest facilities will become operational,” Punong Barangay Anquilan said during the FGD. 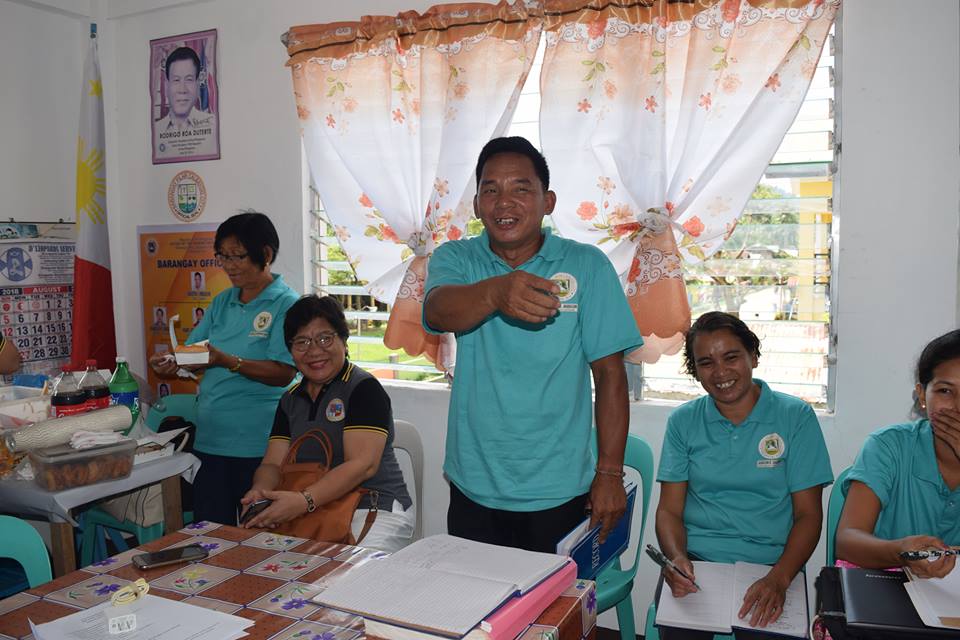 Pilar Punong Barangay Agustin Anquilan emphasizes on the need of the project in the barangay, particularly the post harvest facilities that it will provide to the farmers in the barangay.
Manage

With a tone of request Anquilan continued to say that “we may just be needing some kind of assistance and advice for us to comply with what will be required from our part and we will be most willing to do our part because having the post-harvest facilities in our barangay will be a lot of support to improve our productivity and income from farming.”

Those in attendance during the FGD was informed that the power supply generated by the plant in excess of the requirement to run the post-harvest facilities, or the power supply during off-season will be sold to electricity supply/service provider.

Moreover, the investor assured that the micro-hydro power plant will not in any manner hamper the supply of water served by Calbayog City Water District to its concessionaires.

Barangay Pilar is the second largest out of the 47 barangays in Oquendo District located at about 30 kilometers south of the city’s commercial center. It is where the city’s major source of water is located – the grandiose Pan-as Falls. 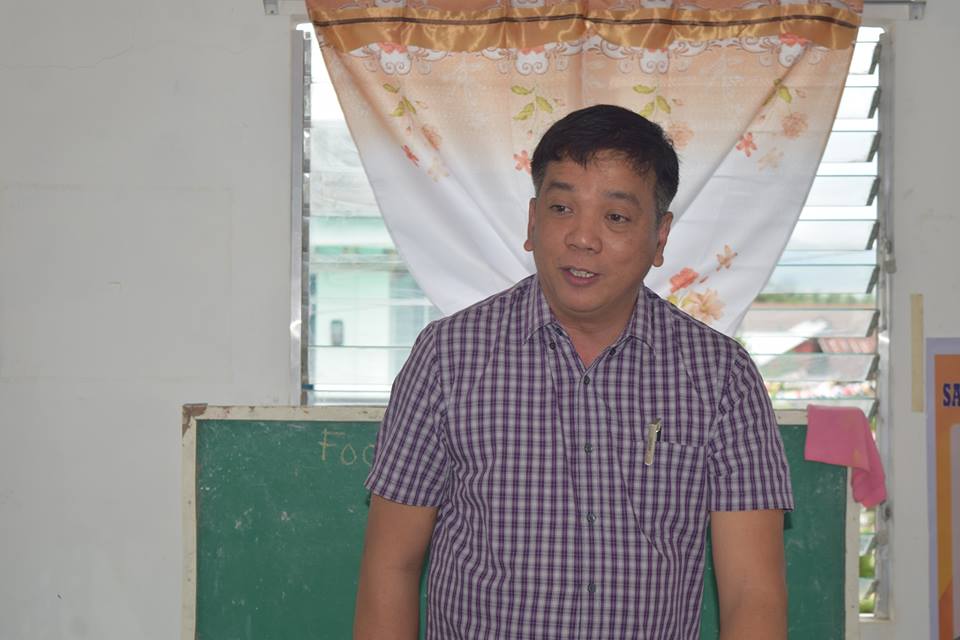 Social Scientist of De La Salle Outreach Team, MARLON ERA, explains on the need to know the community - its people, tradition, culture, environment and resources - to be able to come up with an effective implementation of the project.
The focused group discussion with barangay officials, community/sector representatives and media practitioners (from the city) was conducted by the group composed of the investors, Edge Sustainable Energy, Inc., (represented by its Chief Executive Felix Agoncillo), the Community Outreach Team of De La Salle University – Manila (composed of Social Scientist Marlon Era, Isidro Marfori, Jeremias Gonzaga, Charles Felix & Medical Technologist Aileen Orbecido).

City Administrator Rosario Gonzaga with her staff (Eduviges Justiniano and Rodolfo Gonzaga, Jr.), for the city government of Calbayog and in behalf of the City Mayor also attended the FGD.(CJ) 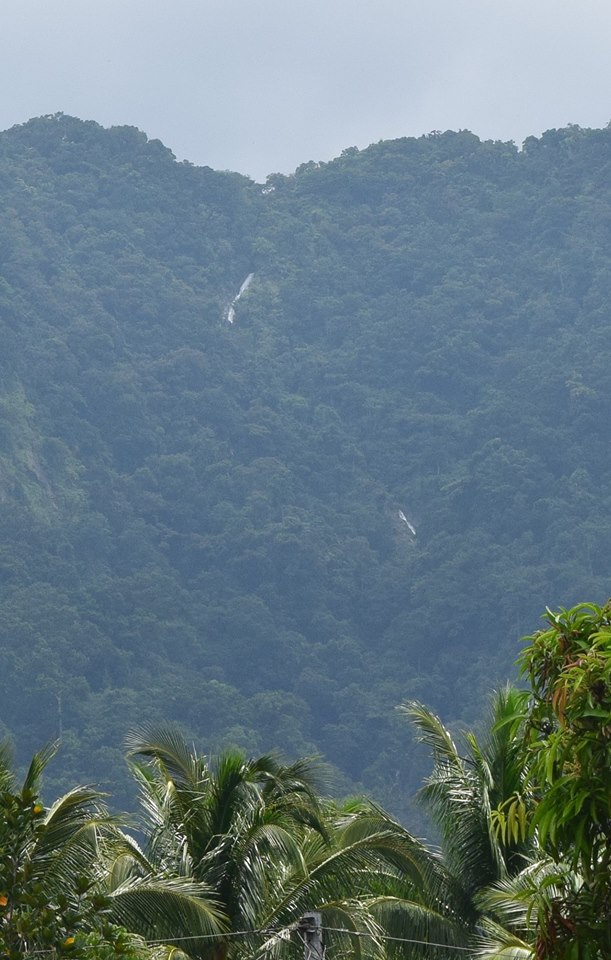 The photo shows the peak from where water from Pan-as Falls (white strips) flows down to the river in Barangay Pilar.
,