MOBILE CT SCANNER AT CDH STILL NONFUNCTIONAL, STAGNANT AFTER ONE YEAR FROM ACQUISITION 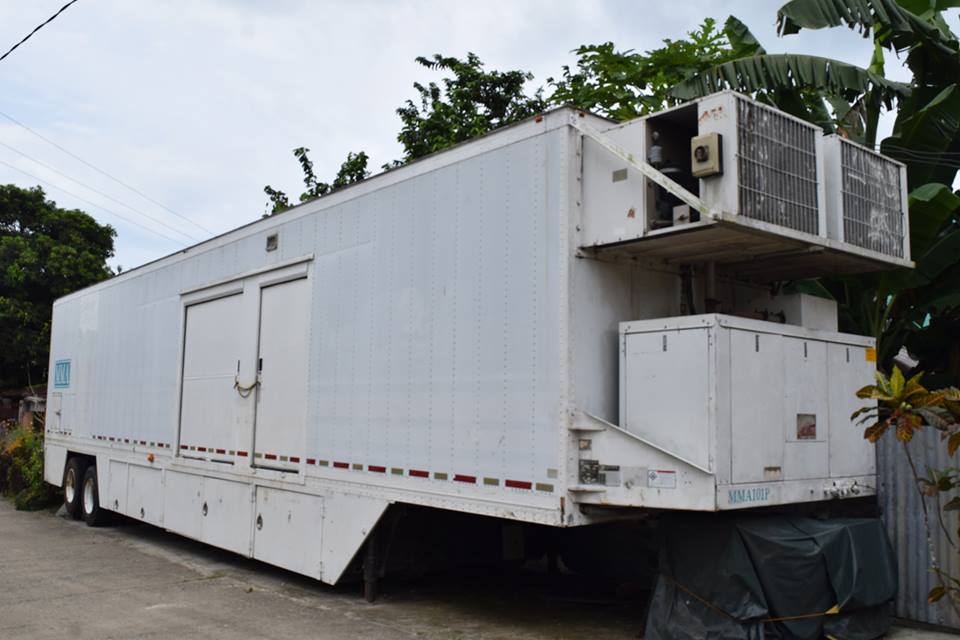 CALBAYOG CITY - The mobile CT Scan Machine acquired by the provincial government in May 11, 2017 and subsequently inaugurated in June 01 of the same year remains nonfunctional and stays stagnant at the grounds of Calbayog District Hospital (CDH) after already over a year from the date of its acquisition.

Samar’s Sangguniang Panlalawigan (Provincial Legislative Council), in October 20, 2016 approved an appropriation of Php11.7 M in consideration of a CT Scan Machine to ensure its importation thru the kindness of World Medical Relief, Incorporated (WMRI). The machine is intended to cater the needs of the people in the communities of the first district of the province.

In the privilege speech of Samar’s First Legislative District Board Member during the regular session of the Sangguniang Panlalawigan (SP) on June 26, 2018, Honorable Julius A. Mancol stated about the numerous complaints, anxieties and disappointments of the people, including CDH Chief, Dr. Rutchie Egos who is equally disappointed concerning the services of the CT Scan Machine when no single constituent has as yet availed of the services of the Mobile CT Scan Machine since its inauguration. 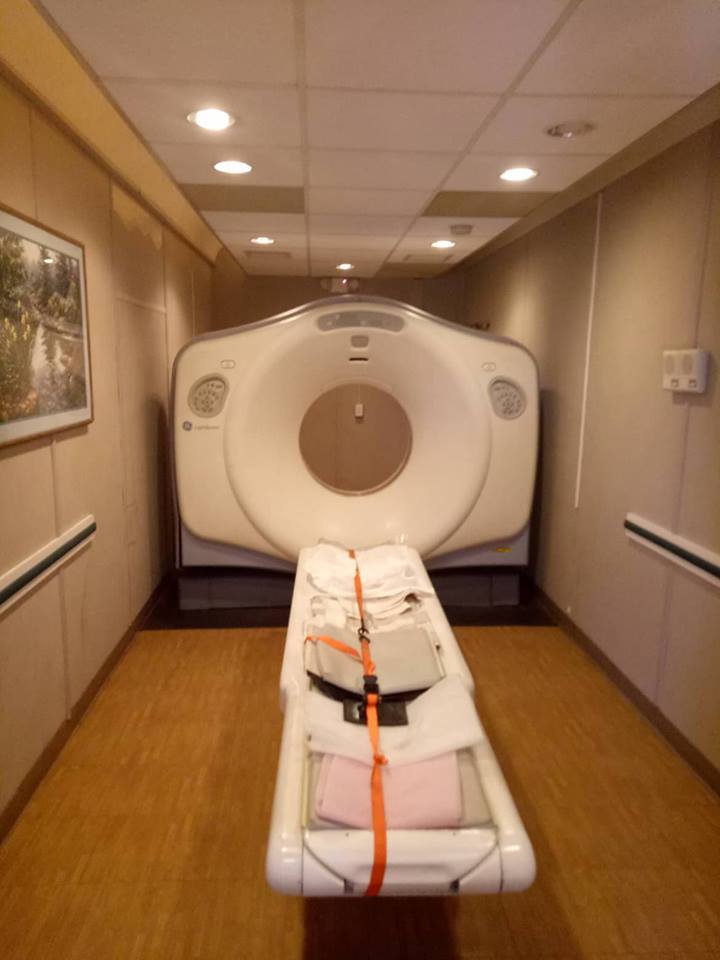 “Mr. President, a lot of our people in the First District of Samar are very anxious to know the reasons why up to this point in time there is so much delay in the operation of this machine,” Mancol continued and further said that “disappointed ‘na po ang mga pasyente natin’ ( our patients are already disappointed) and even Dr. Egos herself is also disappointed dyingly waiting for this CT Scan Machine to become operational.”

Board Member Mancol, also reported about the conversation with CDH Chief Egos where the latter revealed about the factors contributory to the non-operational status of the CT Scan Machine up to the present such as (1) the accreditation and licensing procedures for the operation of the CT Scan Machine that took so much time; (2) scheduling of a trainer for the required preparations of a personnel to operate the machine; and (3) the most complicated of all the causes of delay is the issue on the spare parts that needed to be acquired from the WMRI before the machine can be operational and its unavailability in the Philippine market, not to mention the fact that everytime a spare part arrives, another defective spare part crops up.

Being a resource person on the matter presented by Hon. Mancol, Dr. Egos who was present during the said session was given her time to inform the SP on the issues raised by the former about the Mobile CT Scan Machine.

Dr. Egos expressed frustrations over the non-operational status of the CT Scan Machine and narrated the processes the CDH had to implement and/or undergo to make it operational and be of service to the people of the first district of Samar.

After it’s inauguration in June 1, 2017, it took about one year and two weeks for the installation of a transformer for the power supply that will make the CT Scan Machine run. 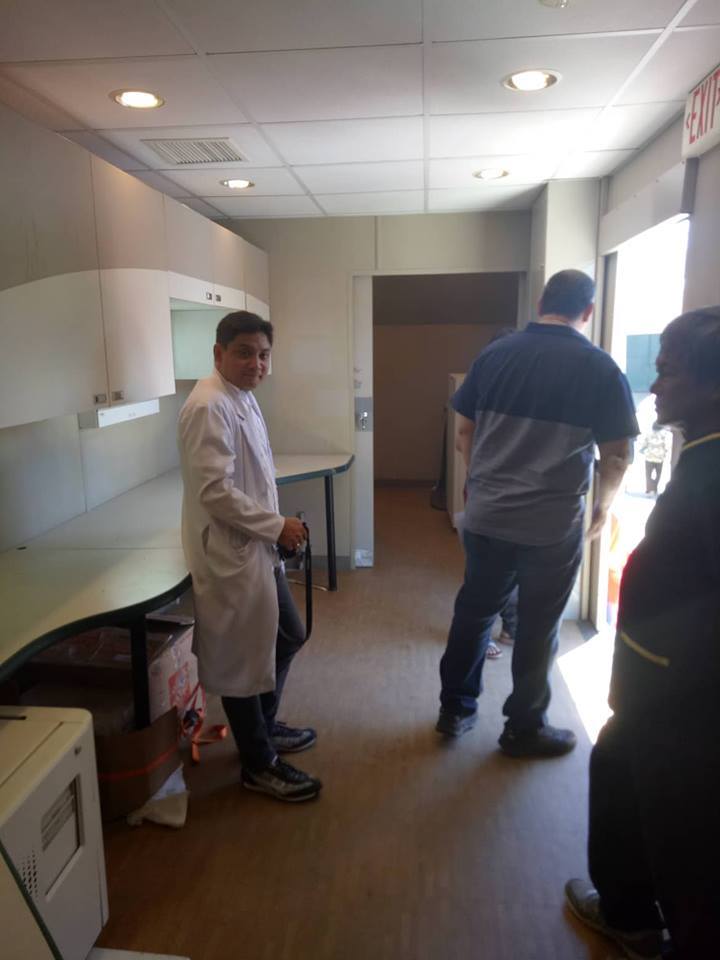 In August 16, 2017, a Bio Engineer from WMRI who came to make a test run on the machine required for the installation of an 1000KVA automatic voltage regulator (AVR), a 3KVA uninterrupted power supply (UPS) devise and a printer which the WMRI procured. The machine was made operational with the implements provided in October 2017.

The next step was the required accreditation from the Department of Health (DoH) thru Food and Drug Administration (FDA) but which the regional office for Eastern Visayas are incapable of, calling then the need to apply for such accreditation at the national office.

The accreditation procedures took until January 22, 2018 for FDA representatives to come for inspection but only to find out that the power supply of the machine does not function due to another defective part.

In the statements of Dr. Egos, it was learned that there were a series of tests and spare parts acquisition until June 5 and 7, 2018 but which efforts still did not make four-year-old and used CT Scan Mobile Machine serviceable as it is not functional up to the time when the matter was brought to the attention of the SP in June 26, 2018.

Amid the uncertainties of making the CT Scan Mobile Machine operational, Dr. Egos braces her hope of making it serviceable to the people with the assurance of the WMRI to continue its assistance until the machine becomes operational.(CJ) 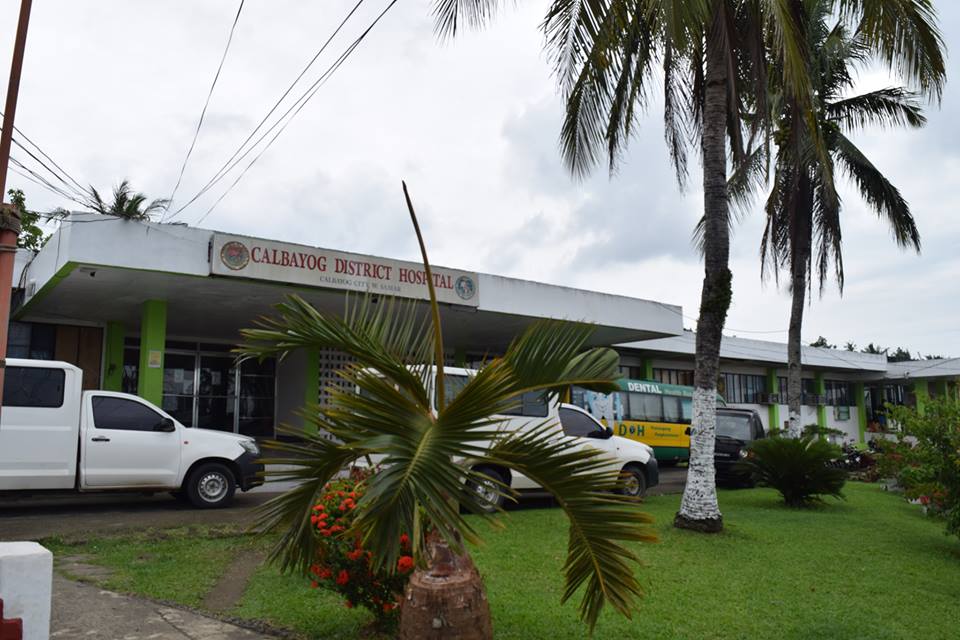