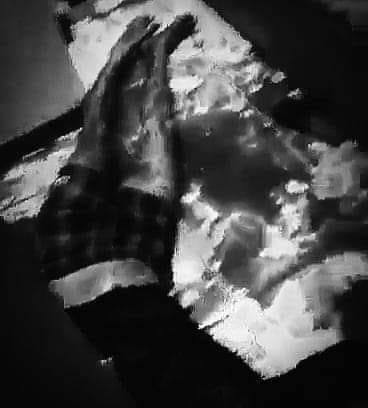 CALBAYOG CITY – Police authorities files complaint for Murder against the suspect in the incident that happened Municipality of San Jorge, Samar midmorning of November 12, 2022.

The Municipal Police Station of the Municipality of San Jorge, Samar filed with the Office of the Provincial Prosecutor in Calbayog City, the complaint of Murder against Ricardo Barocaboc Palardon alyas "Bongbong", 21 years old and a resident of Barangay. Calirocan, Gandara Samar for the death of Justine Diaz Nabalitan, 22 years of age, and a resident ng Barangay Catorse de Agusto of the Municipality of San Jorge, Samar.

The victim, Nabalitan, was seen inside a hotel room bathed in his own blood with multiple stab wounds in the different parts of his body. He was declared dead-on-arrival at the Gandara District Hospital.

The incident happened inside one of the hotel rooms in the municipality of San Jorge where the suspect and a 28-year-old woman (alias Angelica) checked-in. The twosome was having a round of (intoxicating) drinks when a knock came on the door of their room.

The weapon used by the suspect is identified as a tactical knife, popularly known as “karambit,” commonly carried (but only) by uniformed personnel. The suspect pulled it out from one of the pockets of his jacket during the height of the struggle with the victim.

The case is presented for preliminary investigation in the Office of the Provincial Prosecutor with “Angelica” as witness for the government.(CJ/jmm)