NO BACKRIDERS IN HUNTING FOR THE LAWLESS 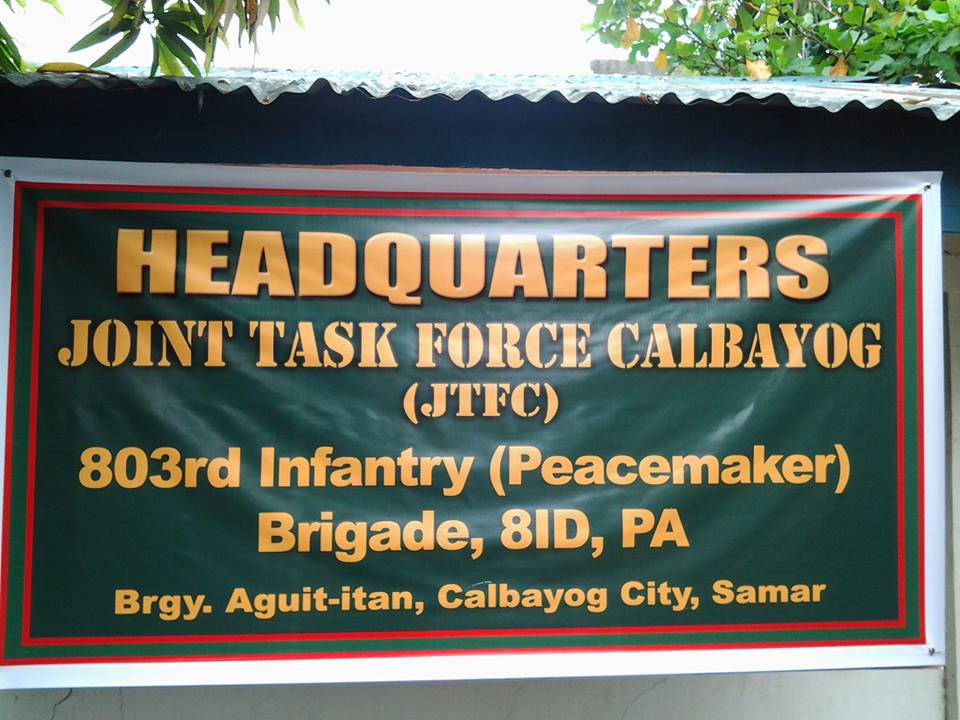 CALBAYOG CITY – A Joint Task Force Calbayog has been activated effective September 12, 2016 with the objective to suppress and deter Partisan Armed Groups (PAGs) and other lawless elements from conducting atrocities and launching terrorist activities following the series of shooting incidents that transpired in the city victimizing mostly village officials and leaders of a political party.

“Because of the urgency of the situation, Gen. Raul del Rosario, Commander of the Philippine Army’s Central Command in Cebu, ordered for the immediate activation of the task force with instruction of no longer allowing additional victims because the situation has already cost a lot to the people of Calbayog,” Col. Mario G. Lacurom, INF (GSC) Philippine Army 803rd Brigade Commander informed in the course of the joint session of four multi-sectoral councils of the city during the third week of September 2016. 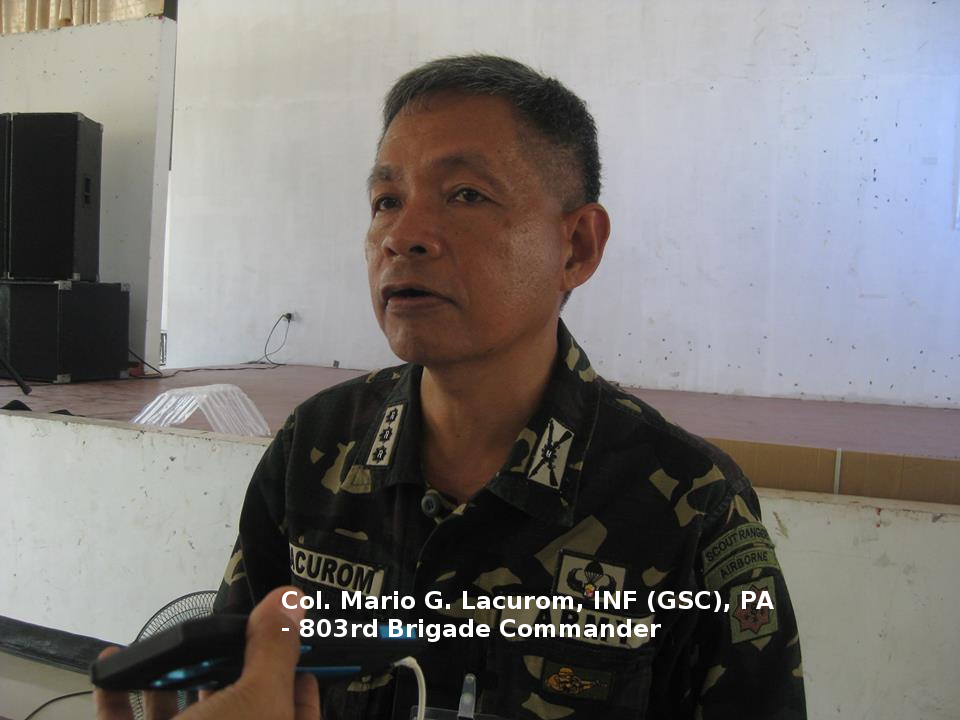 Col. Lacurom further said that “there is a standing agreement between General Del Rosario and PNP Regional Director Beltejar for an all-out manhunt, relentless and sustained operations up to the time that these PAGs and other lawless elements will no longer be a threat to our society.”

Equipped with experience and the all-out support in terms of helicopters, armored vehicles, additional personnel and armory, the task force is still confronted with the quandary of facing the criminals without the support of the people in the community, (by helping them with information as to their faces, activities and where they camp) because the police and the army are not familiar with how these lawless elements look. 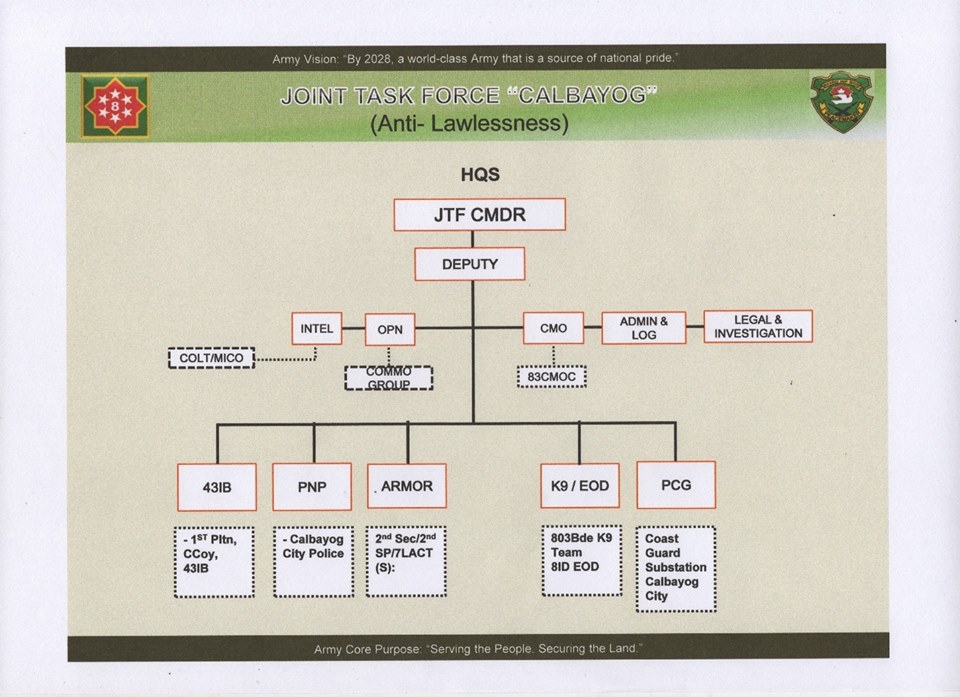 “Calbayog is fast developing and we want Calbayognons and all the people in Calbayog to enjoy the benefits of development and the dividends of peace, order and security. The major implement to the solution of this problem is the people of Calbayog and the firm resolve of Calbayognon’s to end the problem of killings,” the colonel added.”

In conclusion, Col. Lacurom emphasized that “the backbone of this quest is the cooperation of the people. We will not succeed without the cooperation and effort of each and every one because everybody is counted. Everyone should be involved in this quest. No backriders! (CJ/JMM)