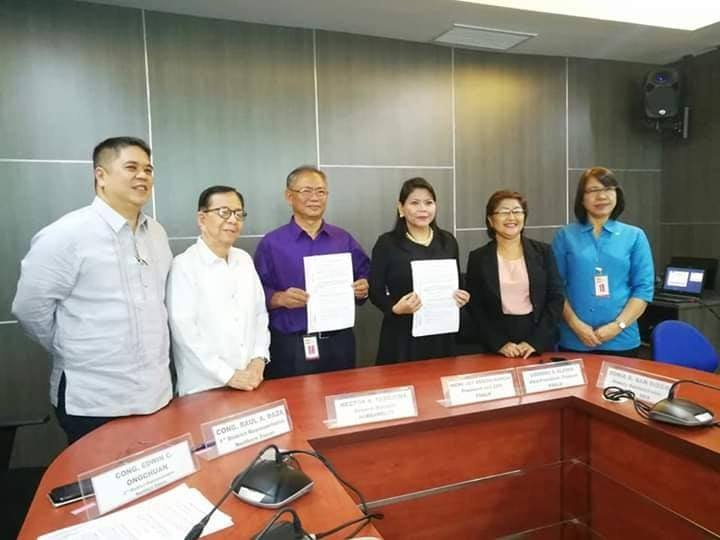 Under the restructuring instrument signed in Quezon City on November 26, 2018,
NORSAMELCO will pay the amount of Php6.2 M every month starting in November 2018 until the total amount of Php614 M is paid-off in 2026 per information relayed by NORSAMELCO’s Project Supervisor/Acting General Manager, Engr. Hector Tabilisma in one of his interviews.


“At long last. the most difficult hurdle has been conquered which put NORSAMELCO to an even more exciting and daunting challenge after the signing of the restructuring agreement,” Tabilisma said.

The agreement was signed at PSALM office in Quezon City in the presence of the top honchos of PSALM led by Ms. Irene Garcia, President and Chief Executive Officer; and Ms. Lourdes Alzona, Vice President for Finance; NEA Deputy Administrator Sonia San Diego; Congressmen Raul Daza, and Edwin Ong, respectively of the first and second congressional districts of the province; Ms. Vicar Laureen Lofranco of the Department of Finance, and other NORSAMELCO Officials.

“The agreement was a victory for NORSAMELCO,” says a consumer.

It will be recalled that in 2013 NORSAMELCO suffered huge financial losses due to mismanagement and rampant irregularities committed by officials and employees of the electric cooperative’s past administrations as reflected in two comprehensive financial and management audits conducted by the National Electrification Administration (NEA) which prompted the NEA to take over the management and operations of said local power industry.

Records showed that in 2011 the power of debt of NORSAMELCO was only Php12 M and it rose to more than Php641 M which prompted PSALM to cut the electric service to NORSAMELCO.

NEA also terminated all the members of the cooperative’s Board of Directors following a complaint for corruption and abuse of power filed by thousands of members-consumers and some employees.

As of this writing, NORSAMELCO operates with only a management committee but without a Board of Directors. The Management Committee is composed of the Acting General Manager, Department Heads and Section Chiefs whose job is to formulate policies, rules and guidelines for management and operations of NORSAMELCO.(CJ)