ONE ARRESTED, ONE ESCAPED IN TWO DRUG BUY-BUST OPNS 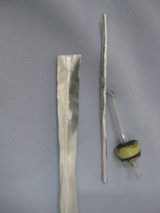 CALBAYOG CITY – The anti-illegal drug team of the city’s police force conducted two separate drug-buy bust operations on February 11, 2016 that led to the arrest of one suspect while the other was allegedly able to escape.

Suspect, 48-year old Joselito Ong Japzon who, the police said was under surveillance for already about two days, was caught in possession of the marked five-hundred-peso bill bearing serial number SB352375 used by the poseur-buyer to purchase a certain quantity of the prohibited drugs, from an occupant in Room 6, located at the second floor of a lodging house in the city, around 8:45 in the morning.

Confiscated from the suspect's possession in the room where he was cuffed were, among others, one small heat-sealed plastic sachet containing white crystalline substance suspected to be shabu, one cube-pack of dried marijuana leaves, some amount of money other than the poseur-buyer’s money, his driver’s license and other drug paraphernalia. 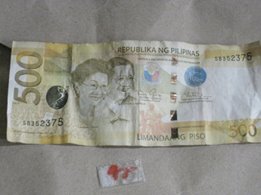 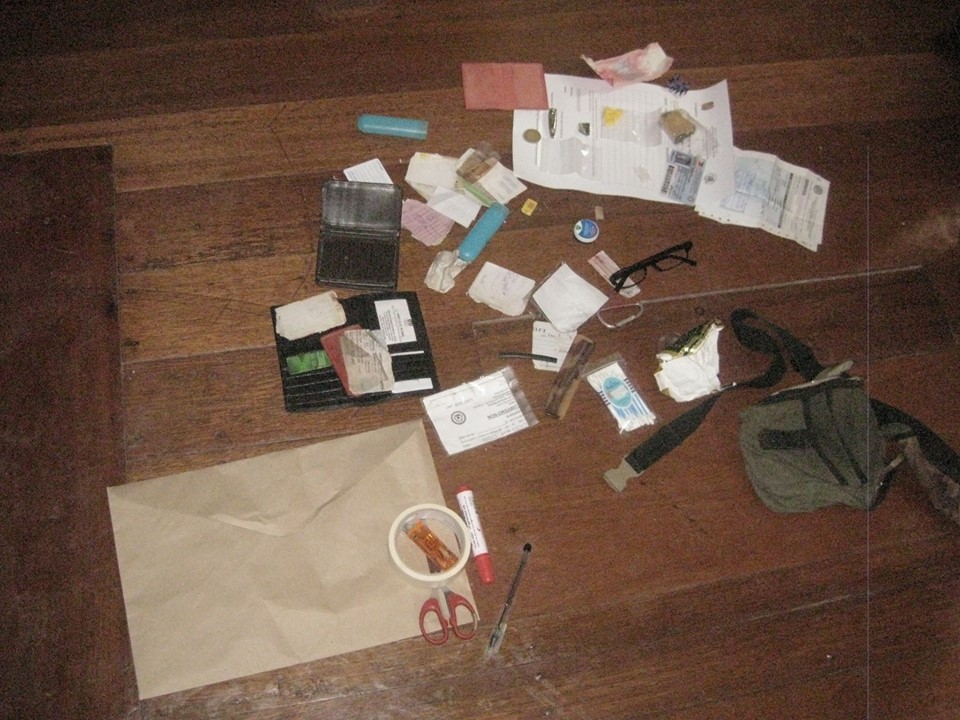 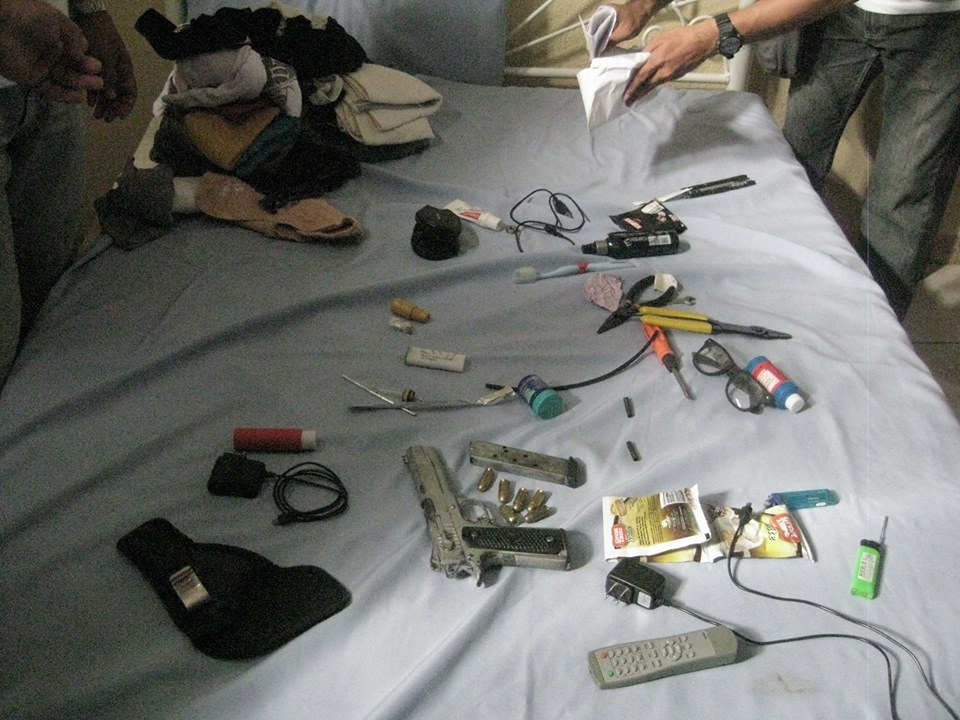 One .45 cal. COLT MK IV pistol with serial no. 1111959, a pistol magazine containing seven (7) live ammunitions, a black holster, and several drug paraphernalia was reportedly found among the personal belongings of a male occupant in Room 5.

According to the owner, suspect Japson is a regular guest of her lodging house being known to be a businessman engaged in selling of noodles and knew of him as a lodger on that day but have no idea why he was found at Room 6 of the second floor when he was supposed to occupy Room 5 of the first floor.

Suspect Japzon told the Calbayog Journal that he was at the lodging house for the day because he needed to rest for a while after a fit of argument with his wife the night before but did not comment about being in a room other than he rented for the day. 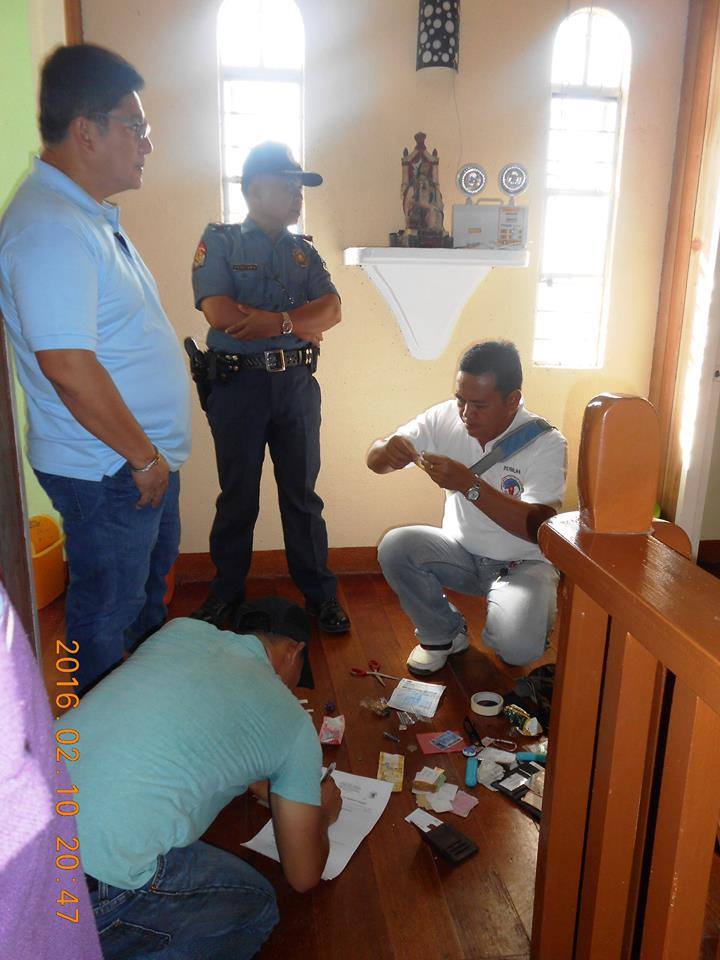 City Mayor Ronaldo P. Aquino and the city’s police chief, P/CInsp. Elmer Tabeza Vergara was present during the inventory of the evidences as witnessed by two barangay councilors and a media representative.

In another operations of the same day at around 4:00 o’clock in the afternoon, the same anti-illegal drugs team deployed a poseur-buyer for a quantity of the prohibited substance to trap Elpedio Yauder, Jr. alias “Tuklaw/Nonoy” who was also under surveillance for illegal drugs in Purok 3, Barangay Obrero.

Suspect Yauder, however, managed to run inside his house and thru another opening in his house allegedly jumped out making the pursuit of the police futile for his arrest. 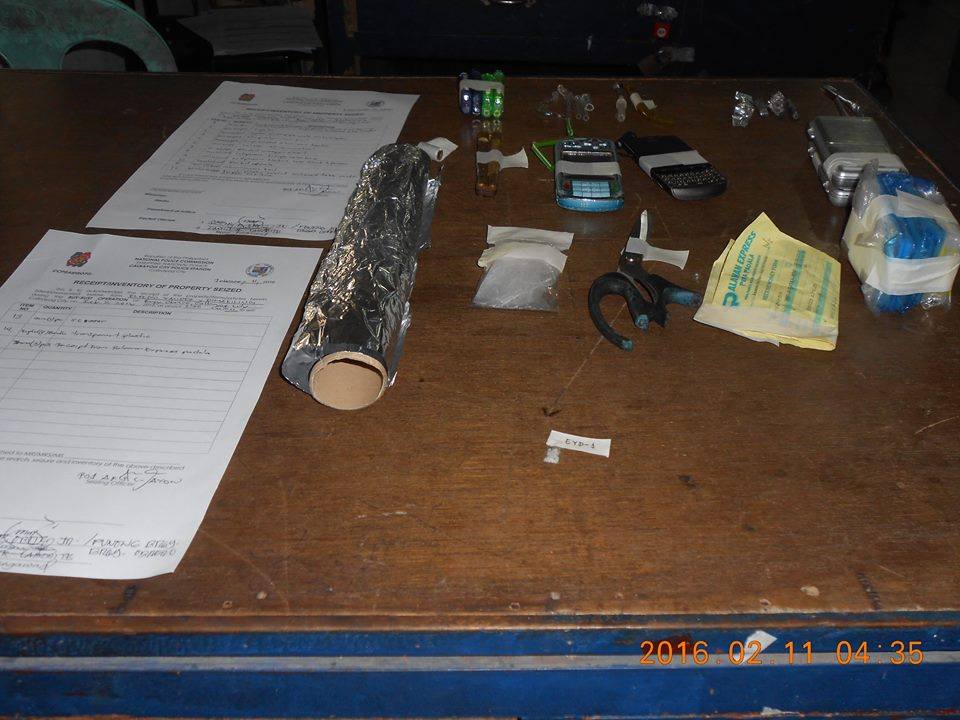 Arrested suspect Japzon is under custody of the police awaiting inquest proceedings while suspect Yauder is at large.

The police, as of press time is in the process of determining appropriate cases to be filed against the two suspects.