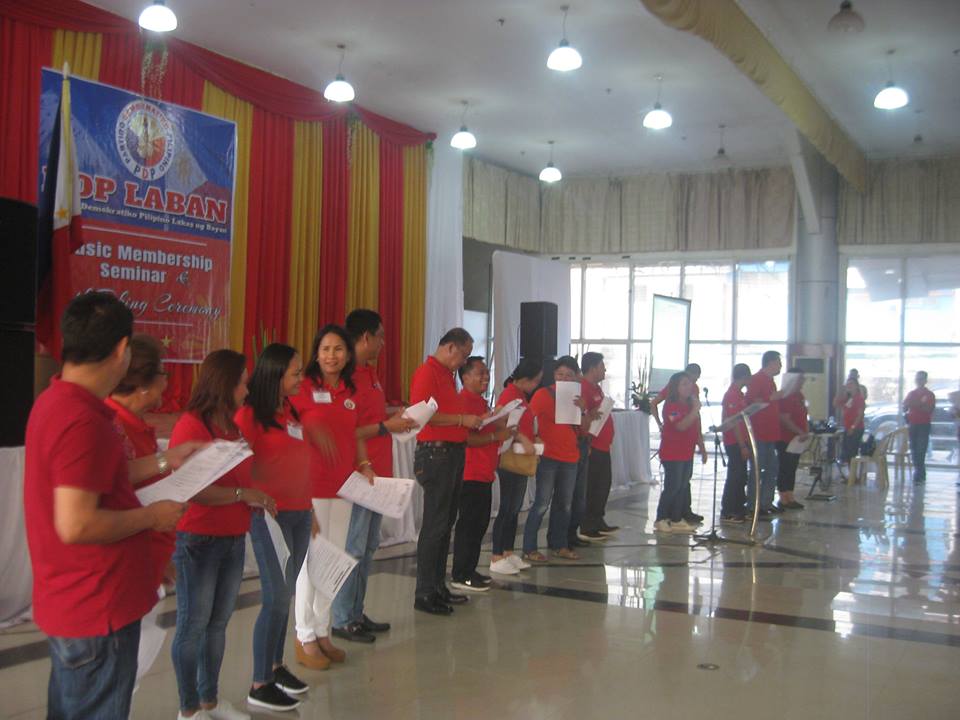 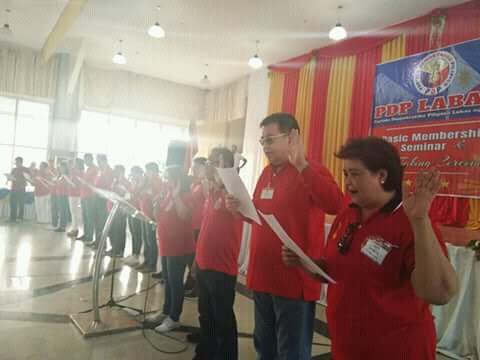 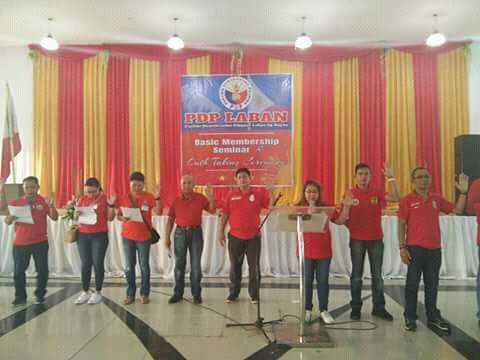 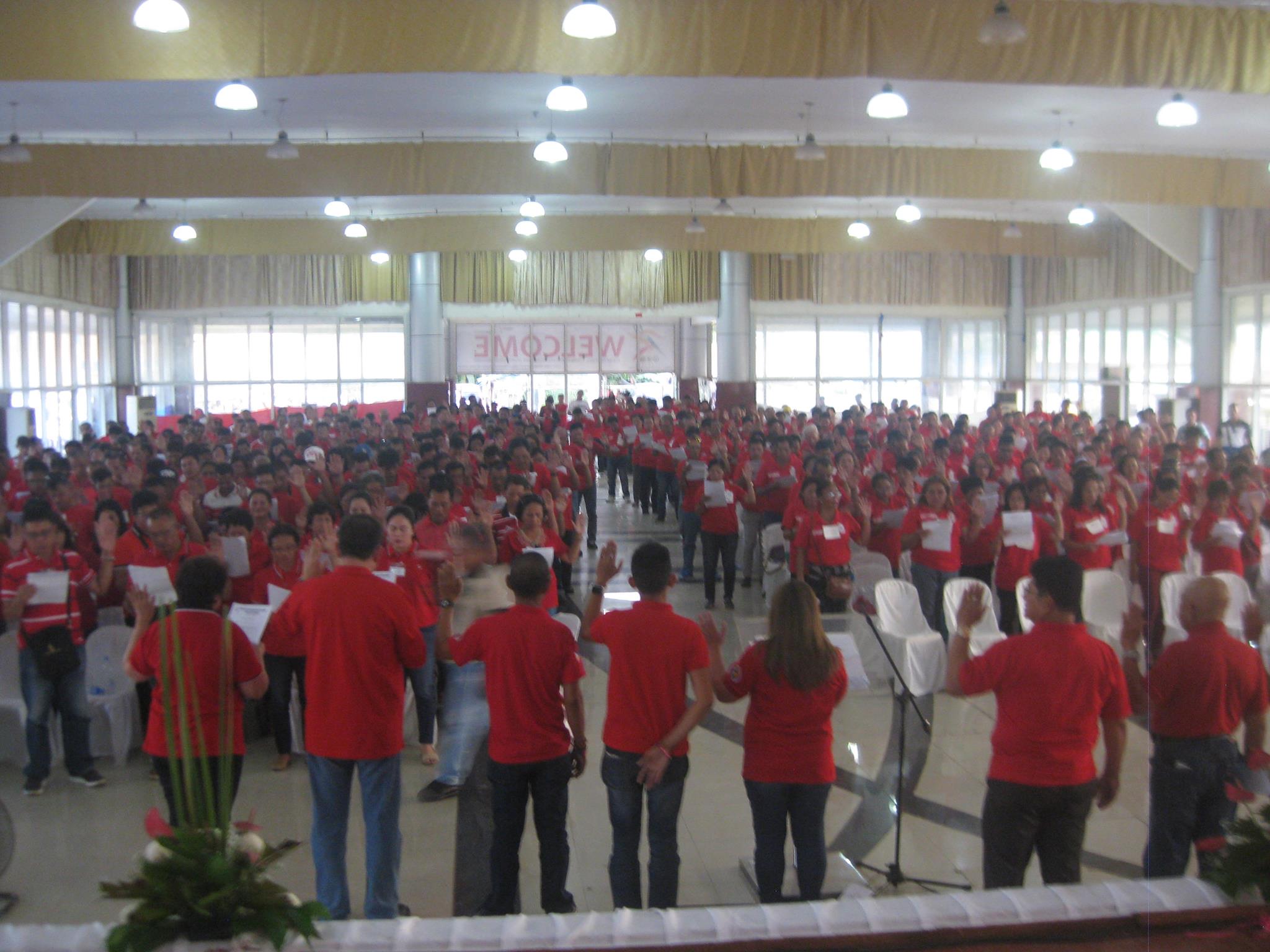 City Vice Mayor Diego Rivera with the honorable members of the Sangguniang Panglunsod and Municipal Vice Mayors with their respective Sangguniang Bayans joined respective local chief executives during the oath taking with barangay captains and political leaders from Calbayog and San Jorge.

Guided by the principles of a continued progress for respective local government units and ensuring improved lives of the constituents they serve, the local chief executives pledged loyalty to the country’s ruling party.

“Our transfer to the PDP LABAN party does not mean that the Liberal Party has done us wrong. Let us make this clear. Our transfer is because of our desire for progress. We will not achieve progress and development if we defy the ruling administration. This is not to say that we have betrayed the (Liberal) party. Our transfer is all about our desire for the progress of our respective local government units and our constituency. This is because our purpose is service to the people which is our mandate,” Mayor Aquino said in his speech during the BMS and Oath-taking ceremony. 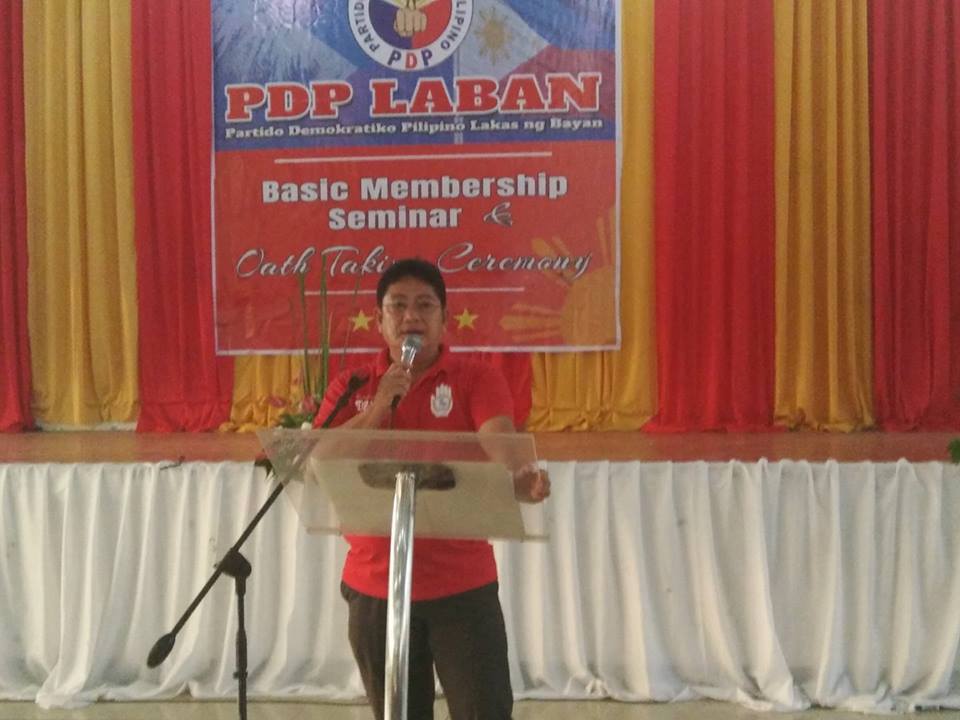 Aquino further emphasized that after a series of consultations with the five (5) Municipal Mayors, the Vice Mayors with their respective Sanggunian Members, the Barangay Captains and political leaders, permission from Congressmen Edgar Mary Sarmiento and Raul Daza was sought before the decision to join PDP Laban was achieved.

“We have only one objective. . . and that is the development and progress of the Province of Samar. Let’s do this! Let us all work for the progress of our beloved Samar Province," Aquino emphasized after expressing his thanks to the Barangay Captains and political leaders who voluntarily lent support by also joining PDP LABAN.(CJ) 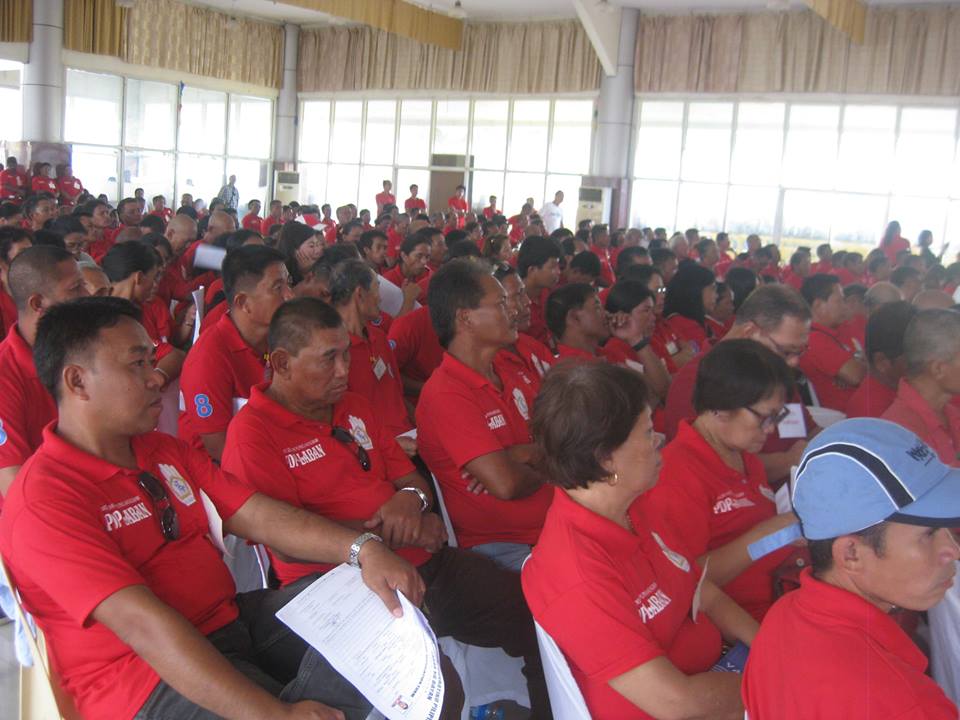 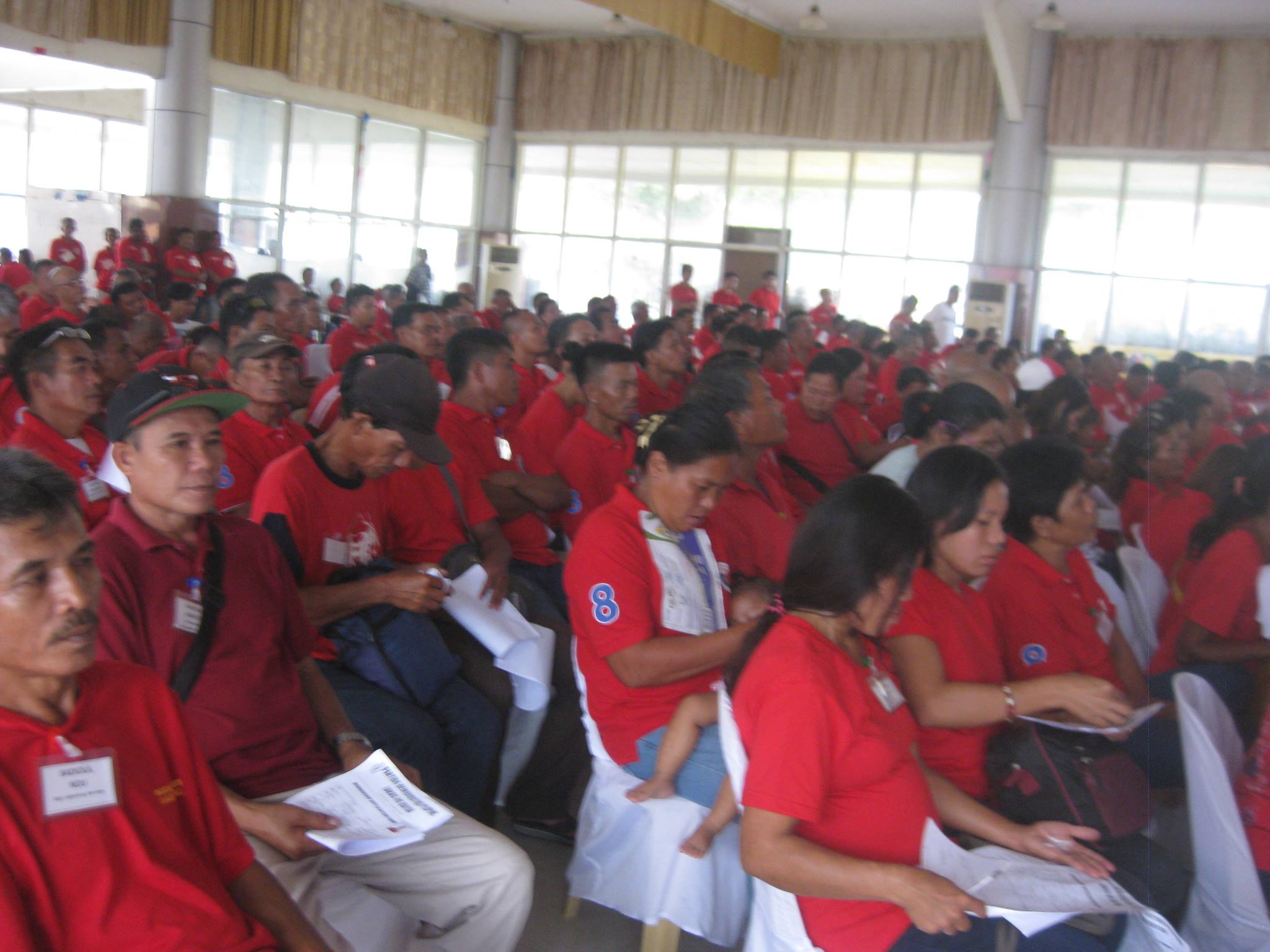 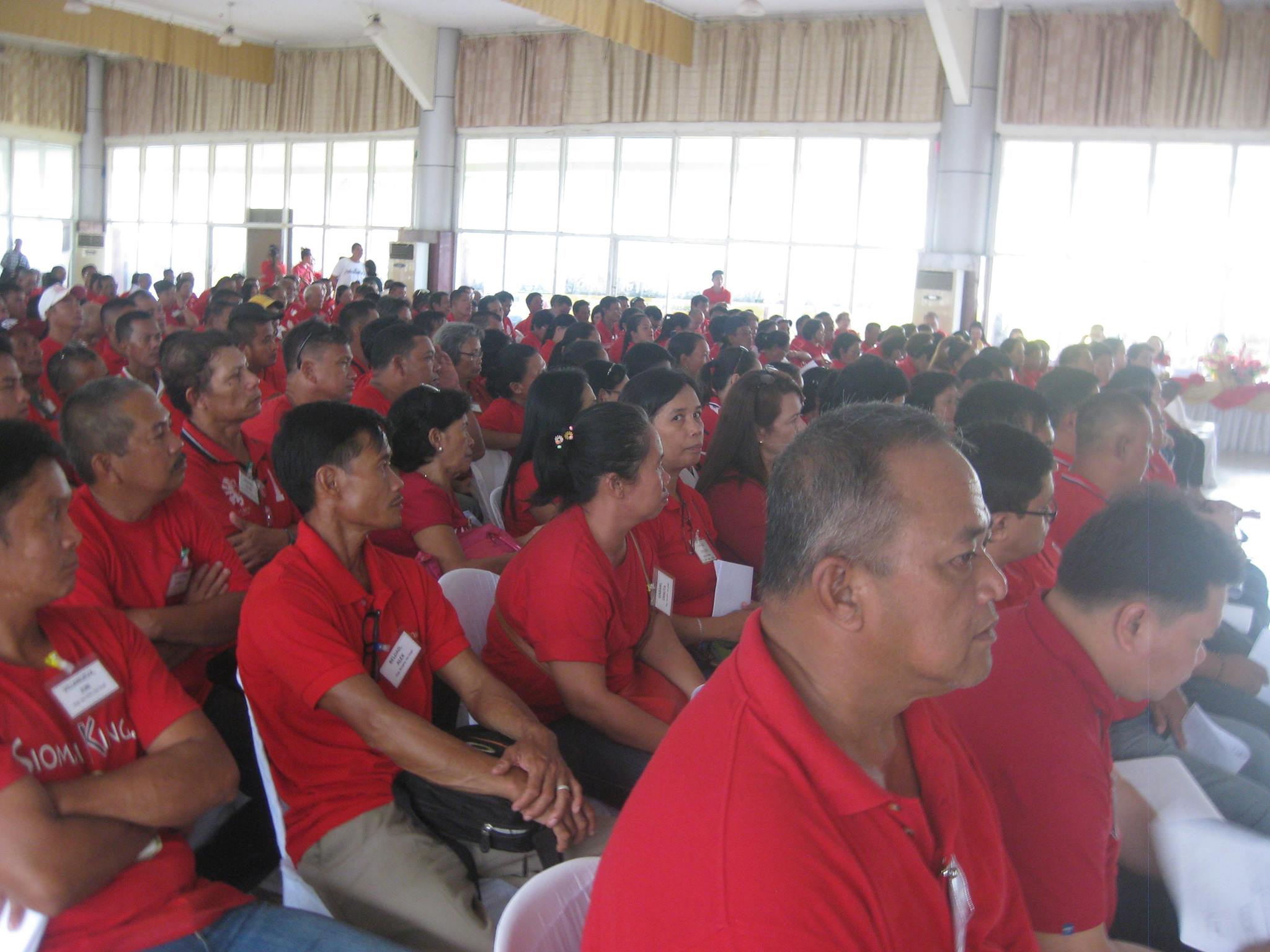