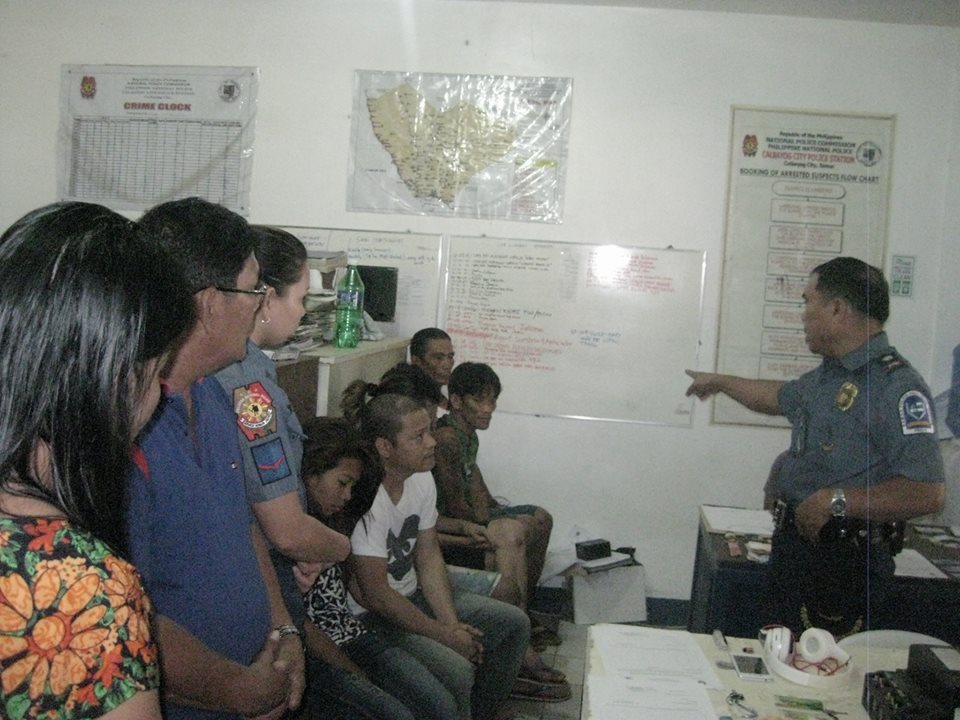 CALBAYOG CITY – Six suspects were arrested after a series four drug-buy-bust operations were conducted by the anti-illegal drugs team in less than two hours early morning of February 07, 2016.

The operations was in consonance with the implementation of OPLAN Lambat Sibat of the Philippine National Police. 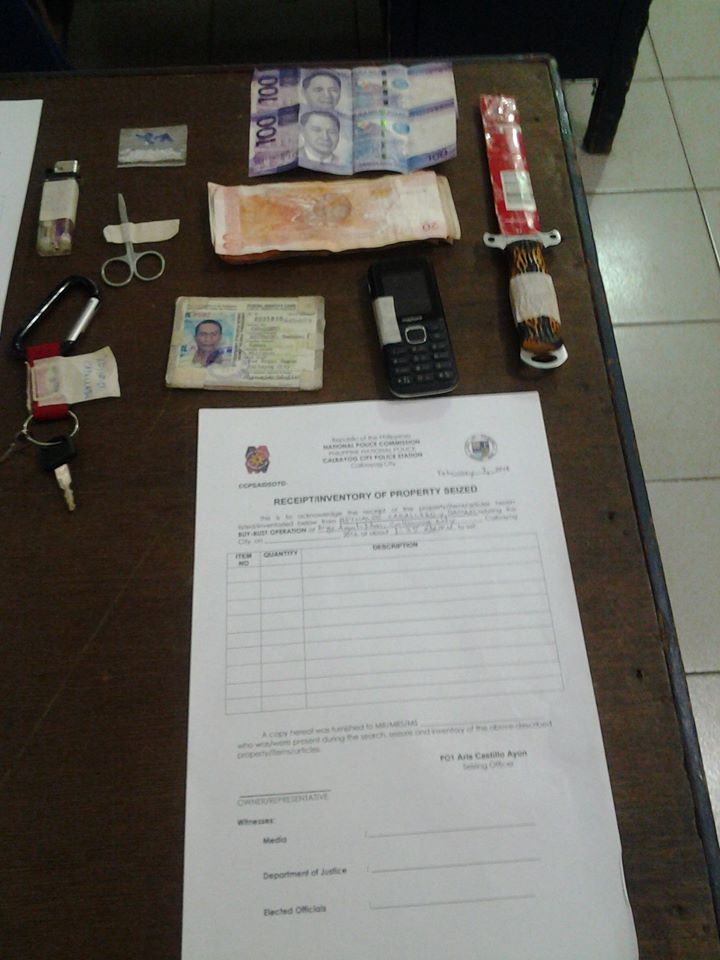 The first operation was conducted in Barangay Aguit-itan along Pajarito St., near a mabolo tree at about 1:35 AM when a resident of Barangay Dagum, widow and construction worker Reynaldo Caballero was caught in the act of selling the prohibited substance.
Confiscated from the possession of suspect Caballero, among others, were several bills that include the poseur-buyer money of two-pieces one-hundred peso bills, some paraphernalia and a bladed weapon.
Two suspects were arrested in the operations conducted at the corners of Magsaysay Blvd & Orquin St., at around 1:55 AM, namely Edgardo Tarrayo, a 38-year-old construction worker and Arvin Dagohoy, 32 years old, single and a jobless resident of Barangay Capoocan. 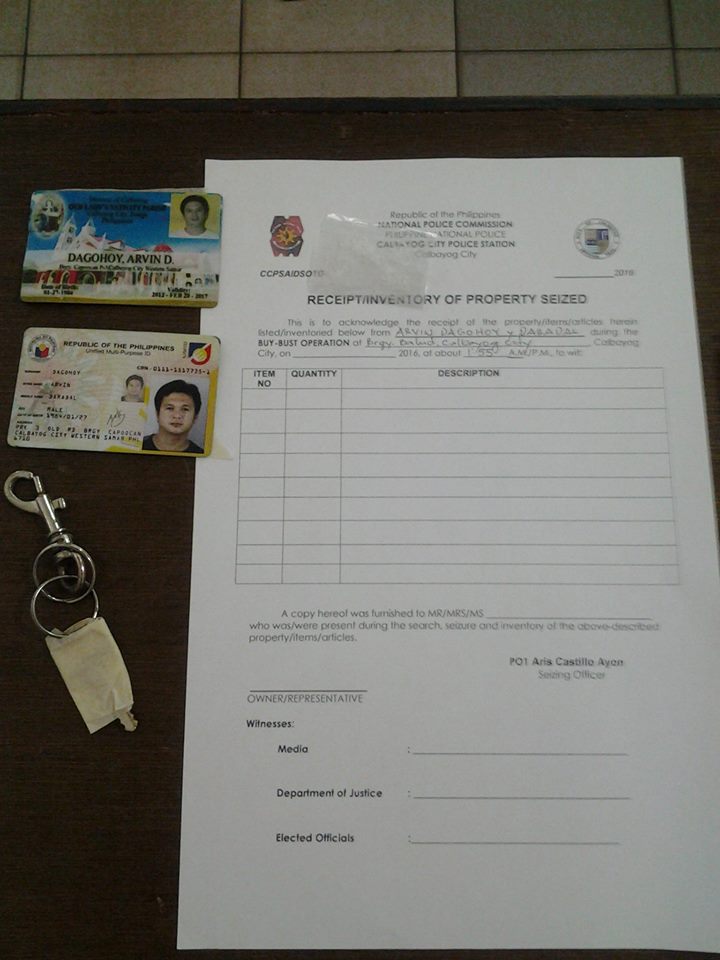 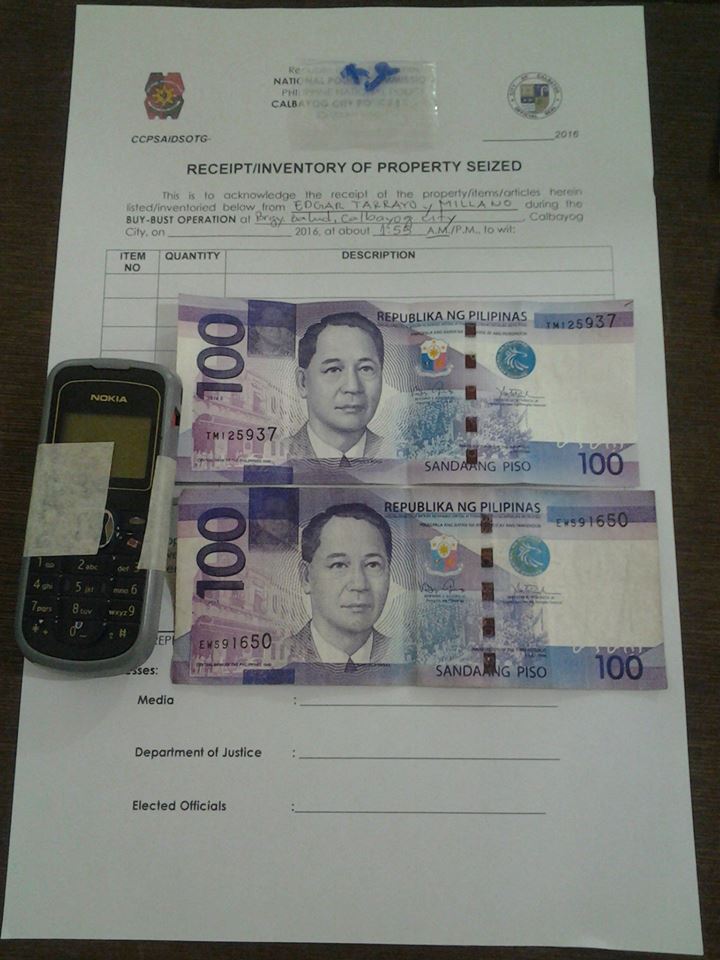 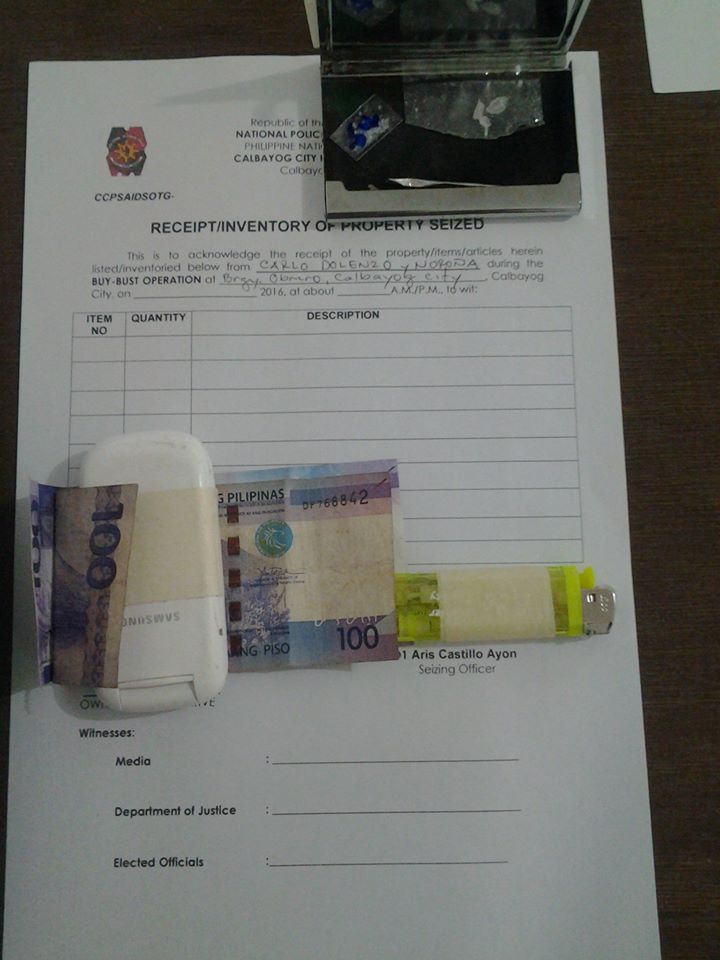 At around 2:00AM, 27-year old Carlo Dolenzo was arrested at Purok 4 of Barangay Obrero when he was allegedly in the act of handing a heat-sealed plastic sachet of suspected shabu in exchange for the marked two pieces of one-hundred peso bills to the poseur-buyer.

Several paraphernalia, cellphone and a stainless packet containing a sachet of suspected shabu allegedly confiscated from the suspect is now in the custody of police officers.
Aldwin Lentejas and a minor female companion was arrested along the Maharlika Highway in the vicinity of Barangay Rawis at about 2:50 AM after a poseur-buyer was allegedly handed a heat-sealed plastic sachet of suspected shabu in exchange for the marked five-hundred peso bill which was confiscated from the possession of suspect Lentejas.

The minor female companion who admitted to be a girlfriend of suspect Lentejas, was found to be in possession of several heat-sealed plastic sachets containing suspected shabu among her personal belongings. 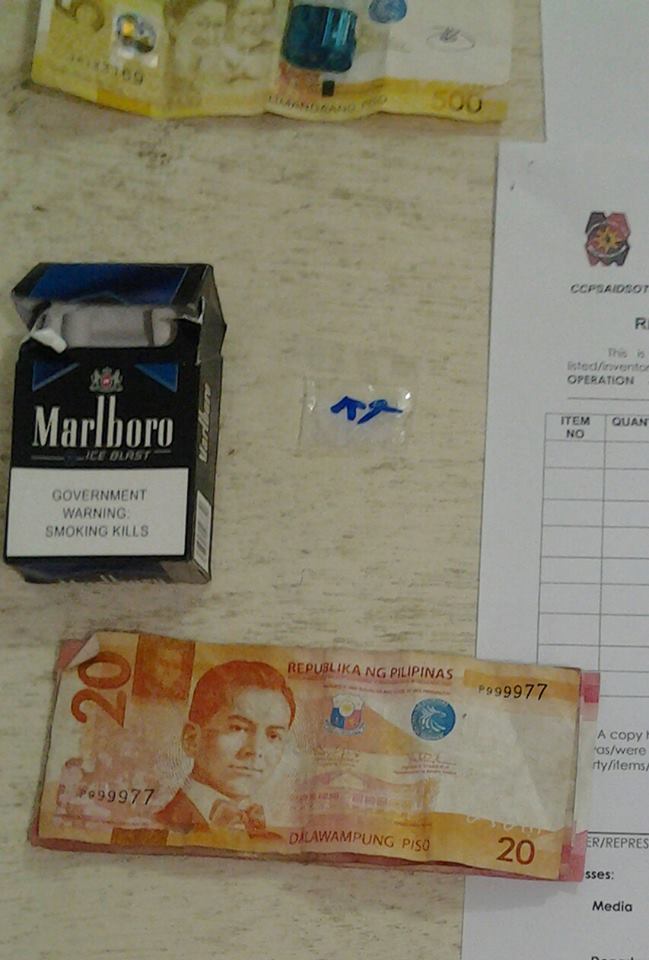 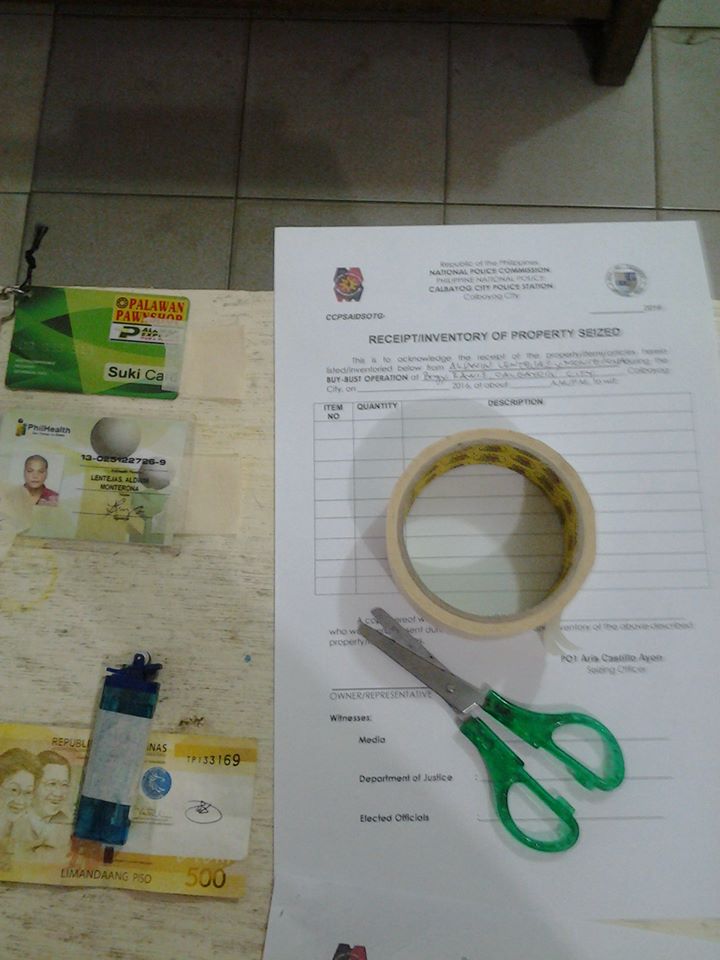 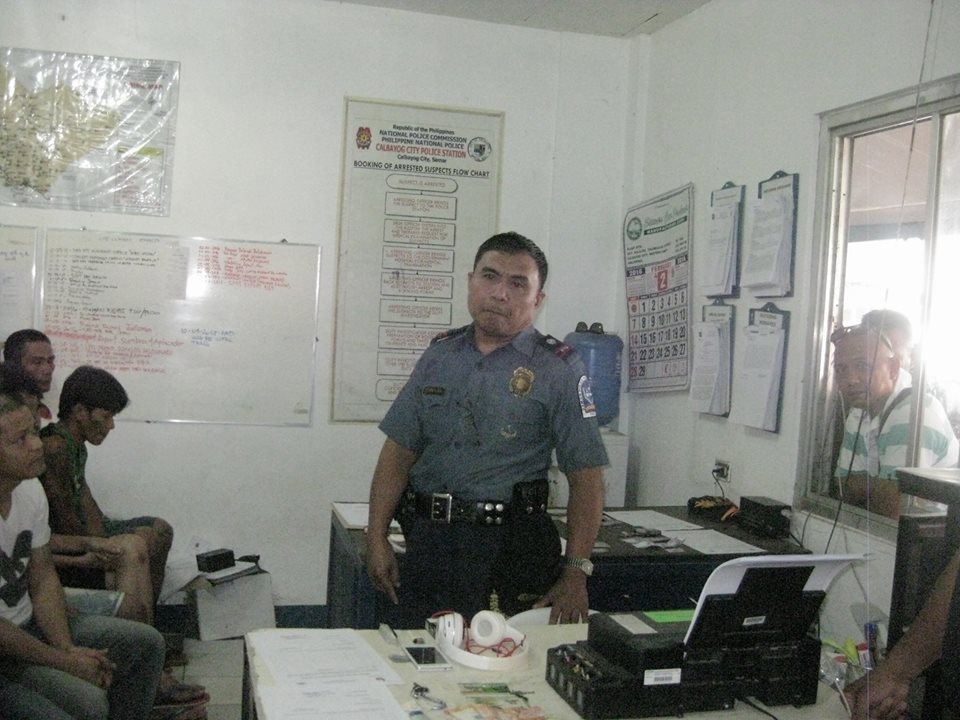 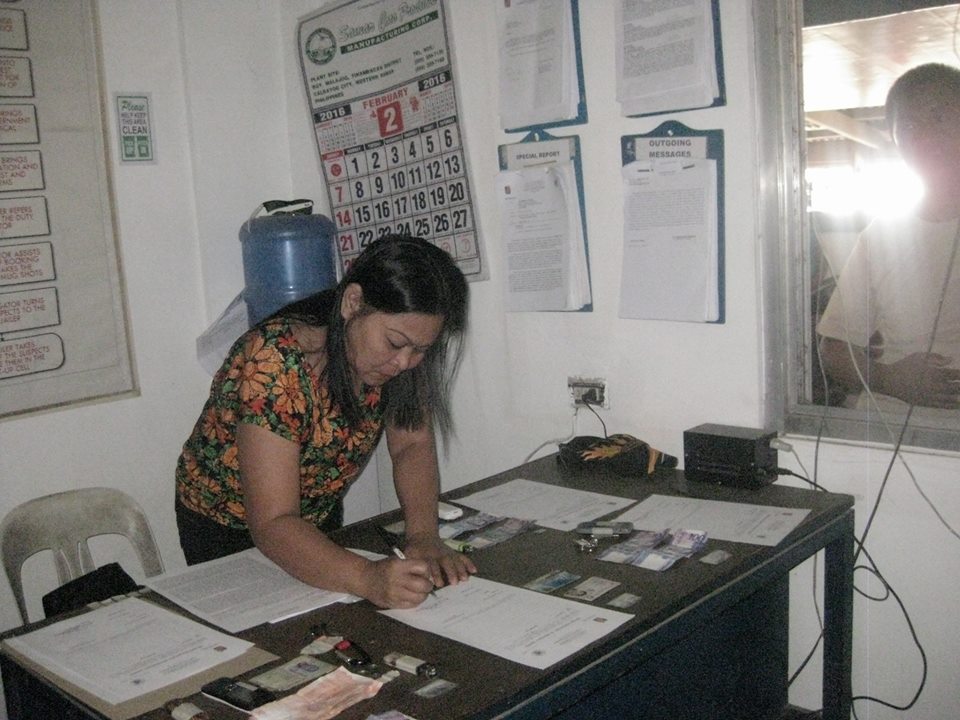 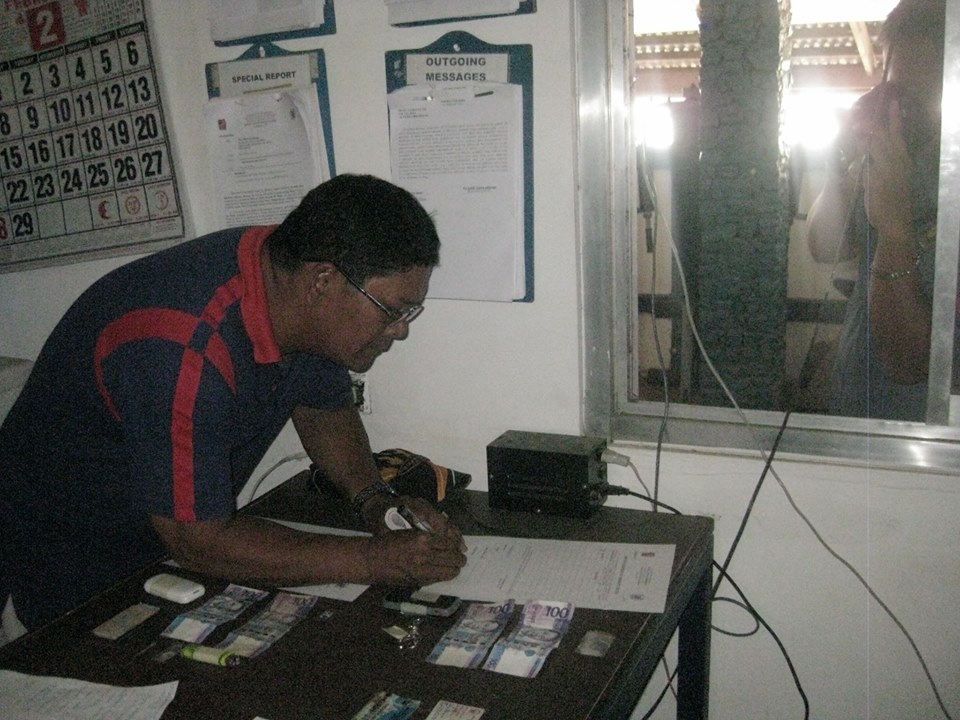 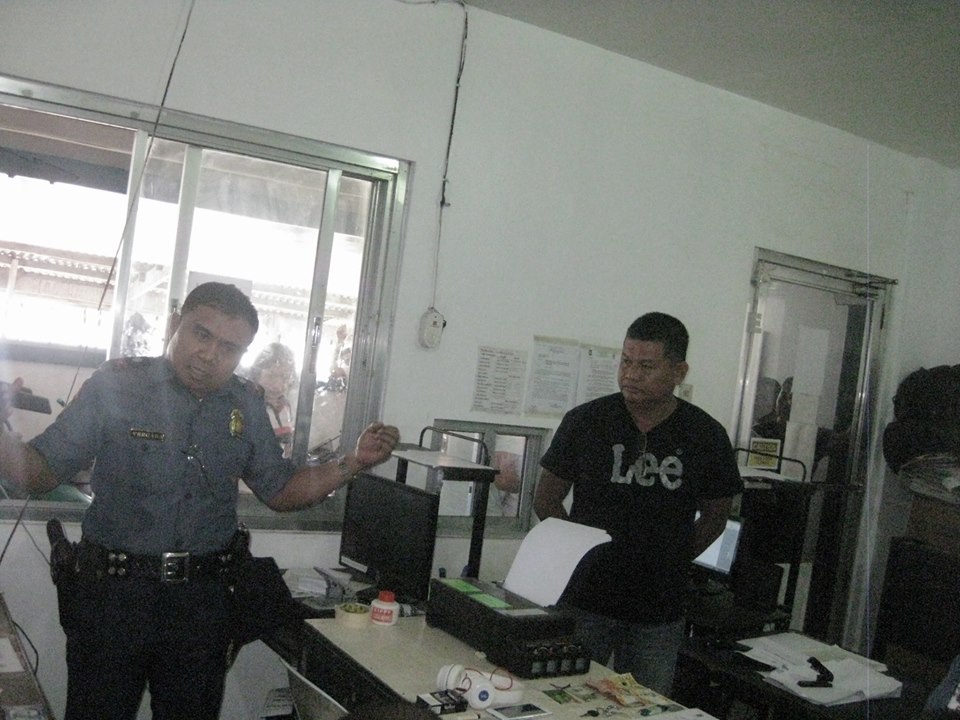 During the presentation of the arrested suspects by the anti-illegal drugs team to the newly-assigned OIC-Chief, Police Chief Inspector Elmer Tabeza Vergara informed that the PNP is serious about solving the drug problem in the city and for which reason the series of anti-drug operations are conducted deligently.

Chief Vergara told that the entire police force is fully aware that the suspects in custody are just tentacles of big-time drug lords operating in the city and further asked the suspects to be in cooperation with the police during the investigation.

When asked for any complaint about the process of arrest, inventory and investigation being made in the presence of barangay officials and media representative, none of the arrested suspects spoke.

As of press time all of the five male suspects are still confined in the lock-up cell awaiting inquest procedures and proper disposition of their cases while the minor female companion will be turned-over to the DSWD for custody and appropriate action.