PDEA 8: BAYBAY CITY - ONE OF THE BEST PERFORMING LOCAL GOVERNMENT UNITS IN THE COUNTRY 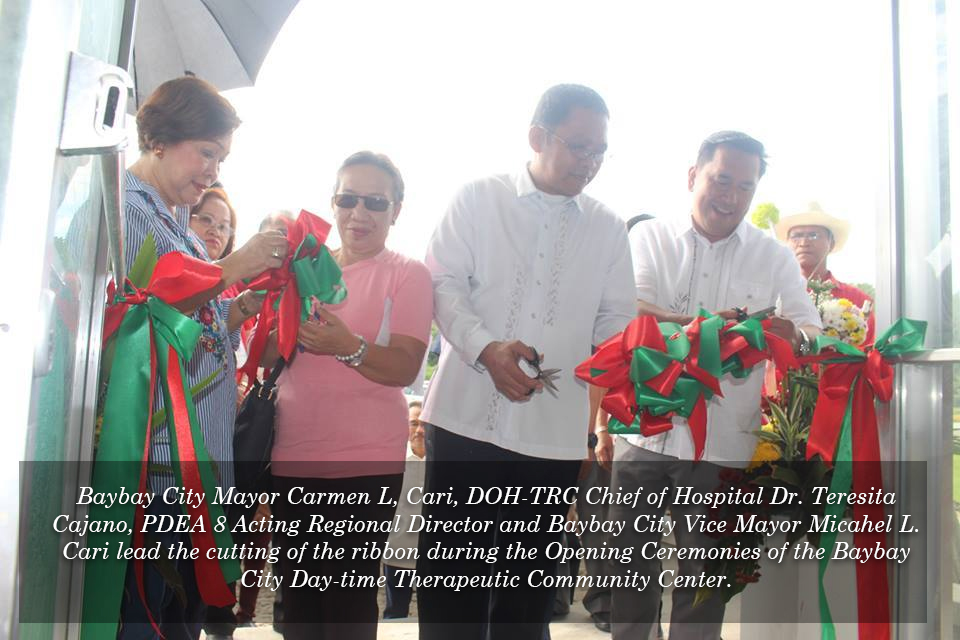 BAYBAY CITY - The Local Government Unit (LGU) of the city launched the Baybay City Day-time Therapeutic Community Center located at the Diversion Road, Barangay Gaas, Baybay City, Leyte just lately. It was one of the highlights of the Drug Prevention and Control Week celebration in the city this year.

According to Dr. Noberto P. Oja Jr., Medical Officer and Head of the Drug Assessment Team of the City of Baybay, 2,252 drug dependents in the city responded to the “Oplan Tukhang” of the Philippine National Police (PNP).

Vice Mayor Michael L. Cari, in his Welcome Remarks, said that, “The centerpiece program of the administration of President Duterte is to stop the drug menace. We believe that this is also our fight and one of the many ways we can be partners is to provide the facilities where the victims of drug abuse can be helped and rehabilitated to become useful members of our community again. The Baybay City Day-time Therapeutic Community Center is our humble contribution to this program. Here, drug dependents can be closely supervised as they work their way back into a life of hope and possibility during day time.” 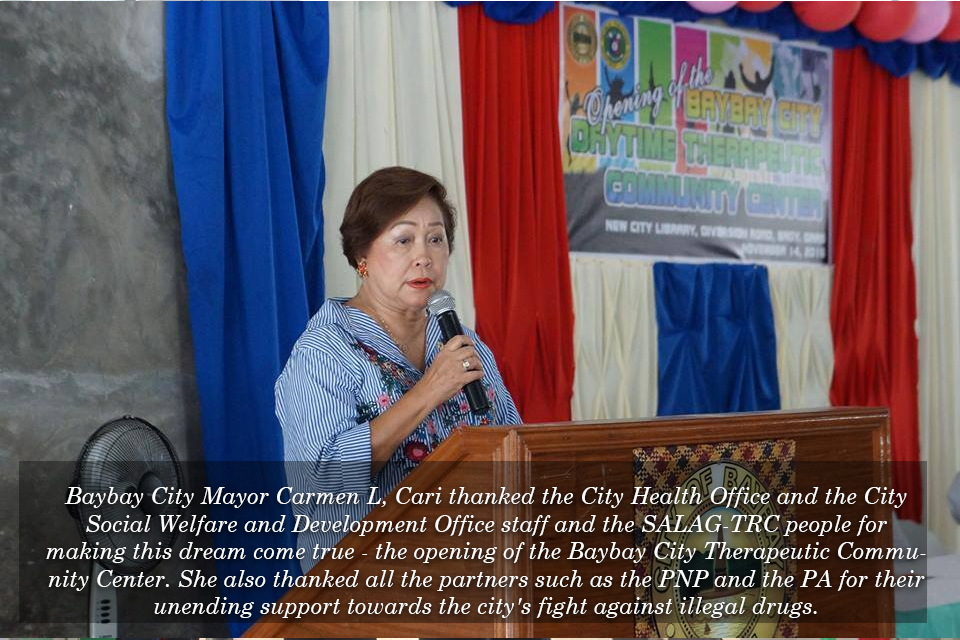 The City Mayor, Hon. Carmen L. Cari, was delighted with the thought that this facility can now paved the way to the change the surrendered drug dependents have been longing for in their lives. But Dr. Teresita Cajano, the Chief of Hospital at the Saving Lives at a Common Ground (SALAG) Treatment and Rehabilitation Center in Dulag, Leyte reiterated that, “Although this will not be easy, addiction is never without redemption.” Thus, the drug dependents may always go back to the way they were, if they really want to. 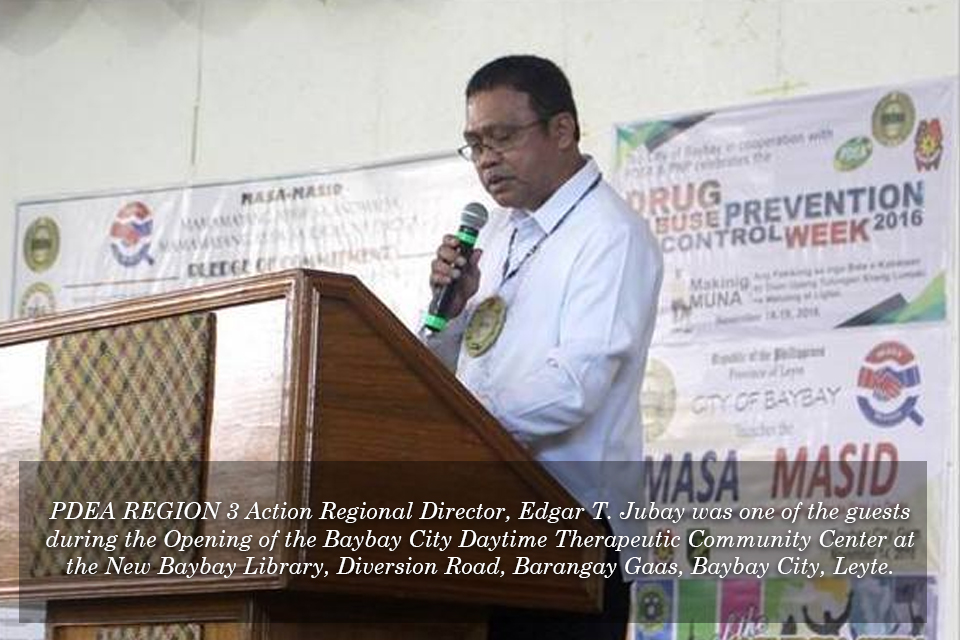 The Philippine Drug Enforcement Agency (PDEA) Region 8 Acting Regional Director, Edgar T. Jubay, also attended the ceremony and he gave a very heartwarming comment for the Baybayanons. He said, “It gives me a great pleasure to join you in your opening of the new Drug Rehabilitation Center in Baybay City. So, I would like to congratulate the Local Government Unit of Baybay City. Ma’am Carmen, you are first again! Baybay City is doing good as far as the Anti-Drug Campaign of the present administration is concerned and we hope and pray that we will be able to finish our write up so that the national office will at least know that you’re doing good; and to eventually recommend you to be recognized as one of the best performing local government unit as far as anti-drug campaign is concerned.” (A Press Release: By Marissa Miguel Cano, City Information Officer III, Baybay City, Leyte)