CALBAYOG CITY - Samar Provincial Team of the Philippine Drug Enforcement Agency (PDEA) based in Calbayog, in a joint operation with the Northern Samar PDEA Team and a team from the city’s Philippine National Police (PNP) force, arrested another suspected shabu peddler in Purok 3 of Barangay Obrero.

A combined force of PDEA Teams and PNP-Calbayog effectively trapped Romeo Abion alias “Bebot Abyon” who was red-handedly caught selling suspected shabu to a poseur-buyer during the buy-bust operations at 4:30 early morning of February 13, 2018. 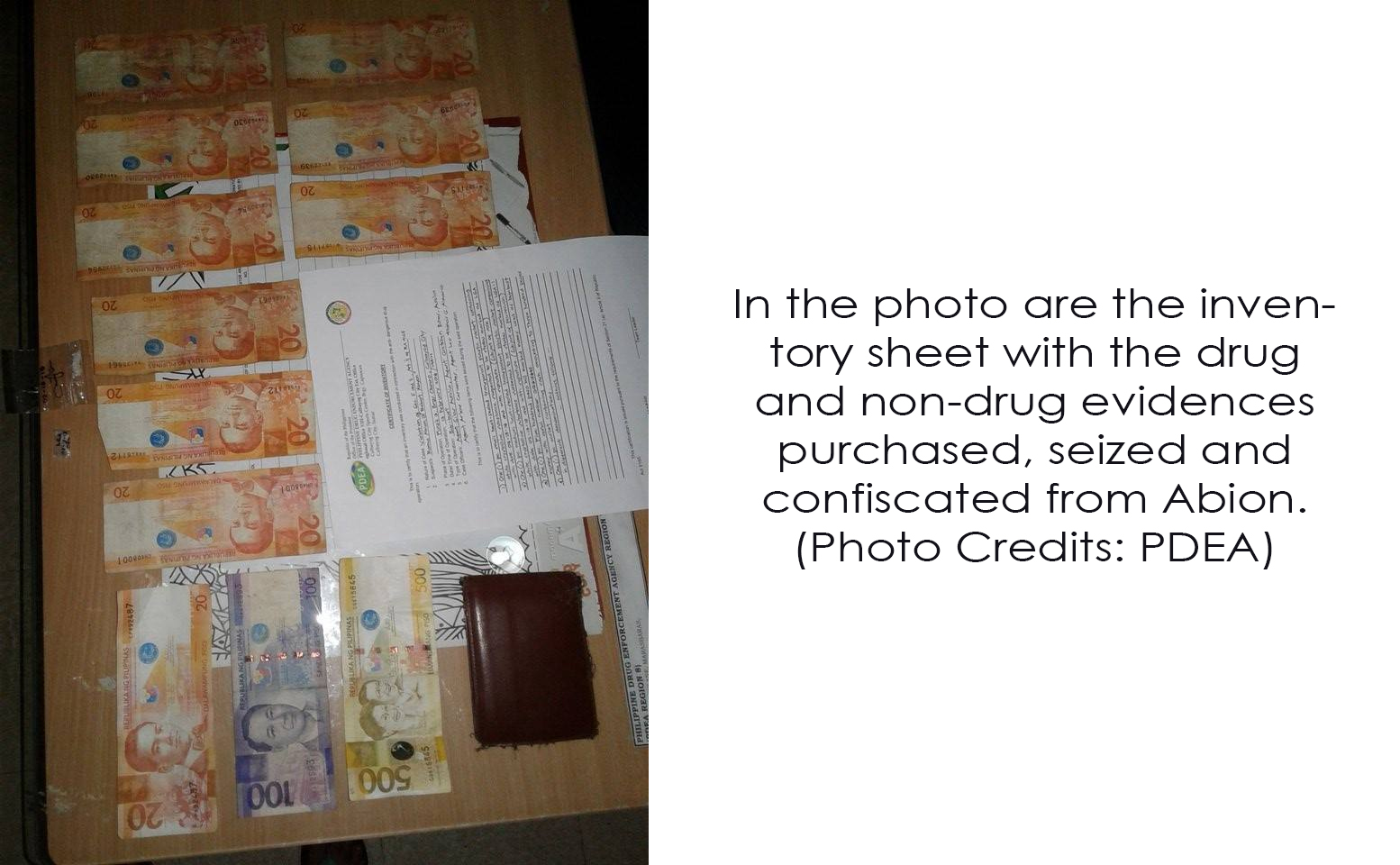 Agent Aurelia informed Calbayog Journal during an interview that the buy-bust operation against Abion was issued an Authority to Operate bearing PDEA Control No. 20001-022018-0039 after a Pre-Operations Report was submitted.

Having been installed as PDEA Acting Provincial Officer for Samar in December 2017, Aurelia has led the team in three (3) arrests of drug personalities in the city and one (1) Grey Hound Operations in Calbayog City District Jail.

“The first operations my team successfully conducted was in December 2017 for the arrest of Jonas Dimakiling Jabonite whose Warrant has been issued by Branch 31 of the Regional Trial Court in the early months of 2017,” Aurelia said and continued to inform that “during the arrest operations we were able to seize from his possession several sachets of suspected shabu thus making us file another case for violation of Section 11, in addition to his pending cases under the Warrant of Arrest, we served.” 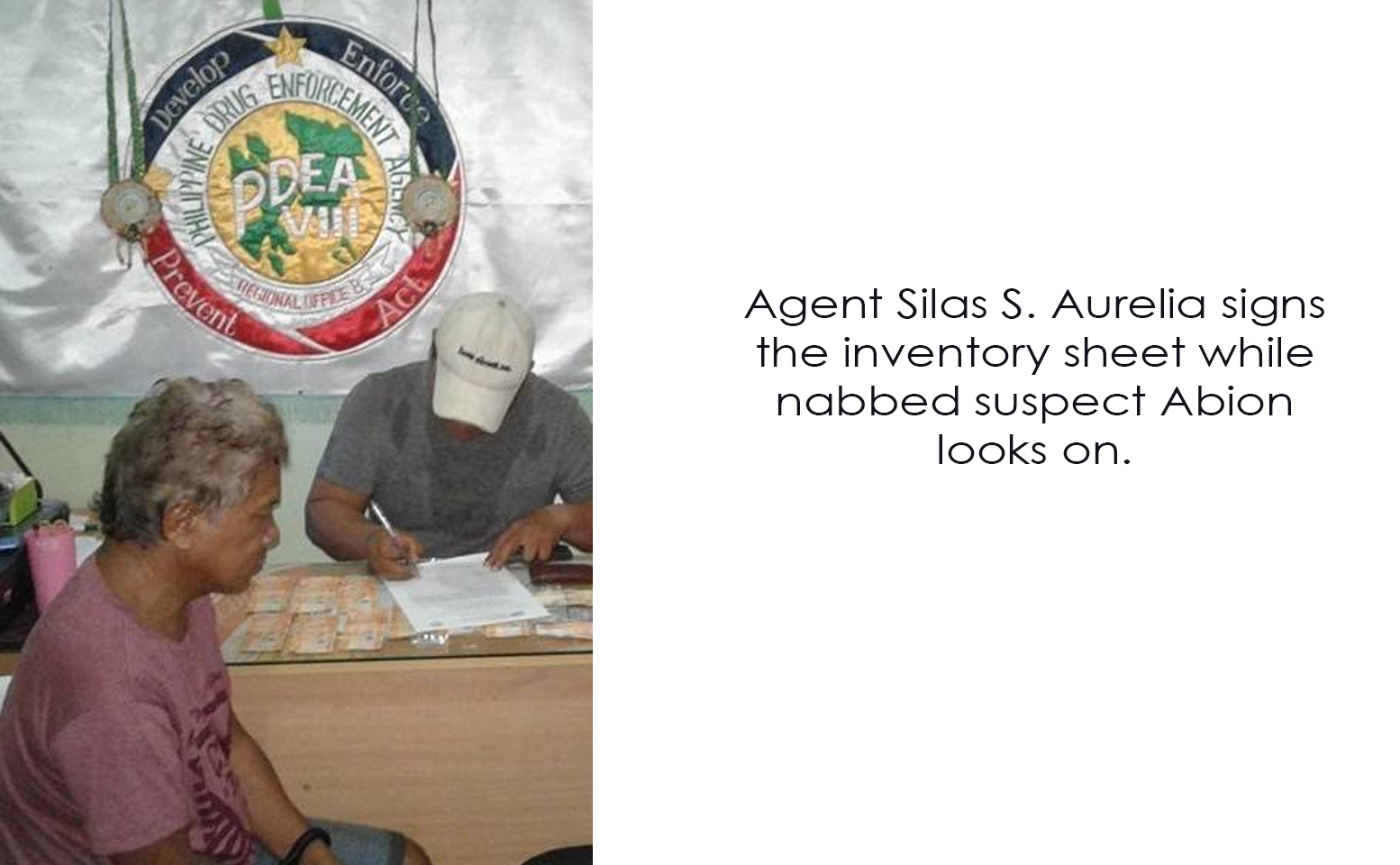 Aurelia continued to inform that “another buy-bust operations we successfully conducted was against a woman in Barangay Carmen, this City who now faces the cases for violations of Sec. 5 and 11 of RA9165, while the recent one, that of Abion, is the third anti-drug operations we served whereas the one Grey Hound Operations in Calbayog City District Jail has proven negative of shabu and/or paraphernalia.”

“My Samar Team shares credit for this accomplishments with the Northern Samar PDEA Team led by Agent Neil Waniwan and the Calbayog City Police Force under the leadership of P/Supt. Jose Junar Alamo,” Aurelia emphasized.

Meanwhile, cases for violations of Section 5 and 11 of Republic Act No. 9165 against Romeo Abion are now in the process of filing with the Regional Trial Courts while the suspect is temporarily detained in the lock-up cell of the Calbayog City Police Headquarters.(CJ)