Story and Photos By Eleen Lim 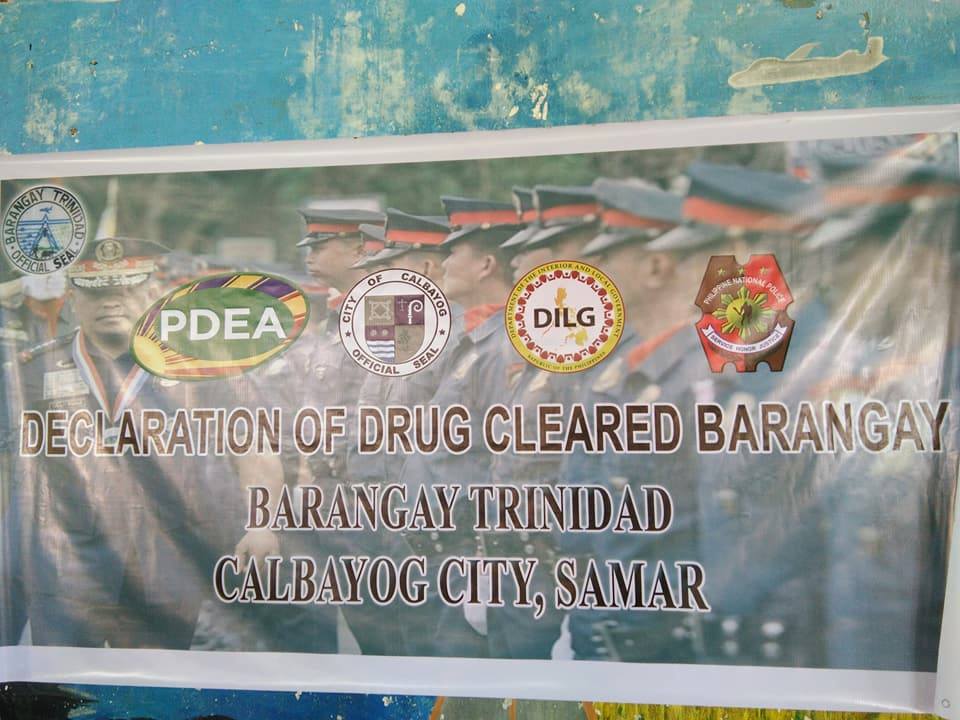 In a simple ceremony attended by City Mayor Ronald Aquino and City Police Chief Supt. Mateo Macale, Obong said declaring a barangay as drug cleared is a tedious process that requires the help and cooperation of the Local Government Unit, law enforcement authorities, the people and officials of the barangay, and most importantly, those previously involved in illegal drugs but have now reformed and undergone the Community-Based Rehabilitation program or CBRP.

In late November of this year, 28 drug surrenderers from the barangays of Trinidad, Cagsalaosao, Basud and Cahumpan, graduated from the CBRP under the Holy-Trinity Cluster. 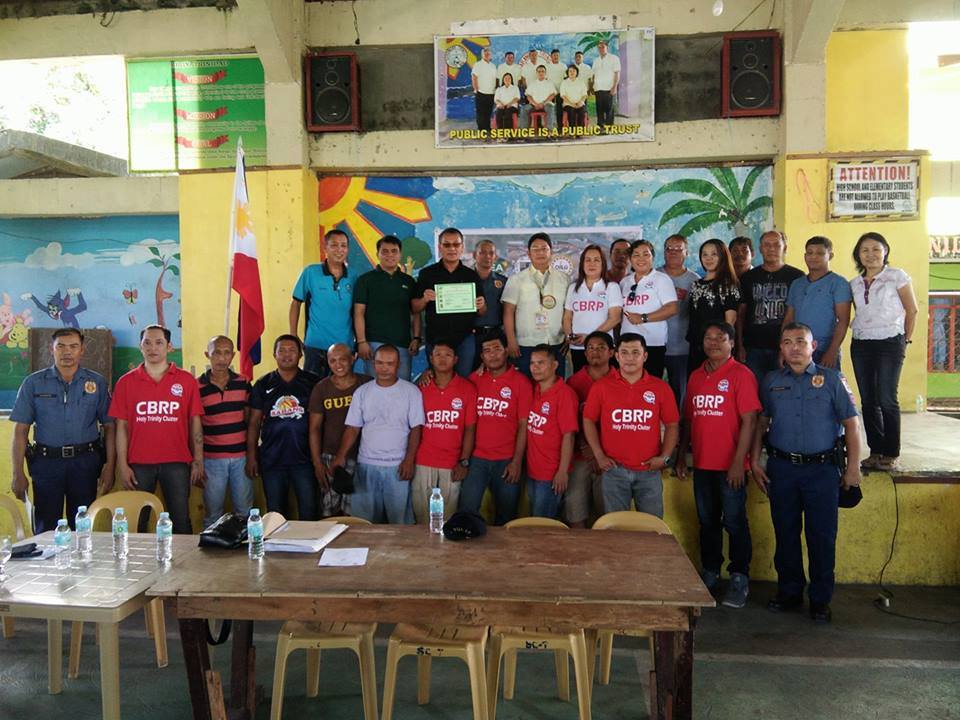 The CBRP is being implemented by the City Drug Abuse Prevention and Rehabilitation Office (CDAPRO) headed by Dr. Teodoro Fortaleza, who, along with the PNP Chief, recommends such declaration of a particular barangay to PDEA, who then conducts the validation process.

“When we declare your barangay as a drug free barangay does not necessarily follow that your obligation, our obligation has ended. Instead, this is just the beginning of our new challenge which is to preserve the status of being a drug-cleared barangay. Remember, just a single personality in your barangay, your status as a drug-free barangay can be withdrawn by PDEA,” Obong said. 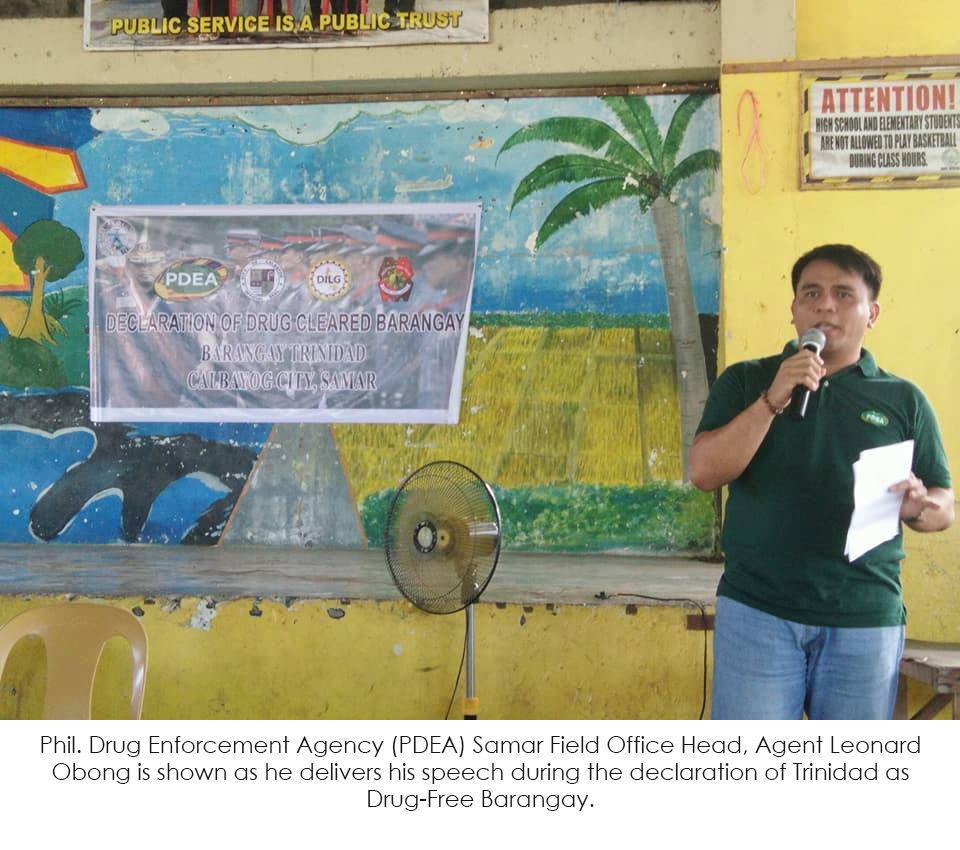 Meanwhile, City Mayor Ronald Aquino urged Calbayognons who have friends or relatives still involved in the illegal drug trade to give themselves up to the authorities to avoid bloodshed in the implementation of the Comprehensive Dangerous Drugs law.

“If you have friends, siblings, children, husband or wife who still in the vice, don’t keep the information to yourself, because our purpose is to help and not to disturb or destroy you. We are helping you to get back to your senses for you to become a progressive members of society because you will not have direction to better or improved lives if you continue using drugs. There is no prize in drugs but self-destruction,” the city mayor said in his speech during the activity. 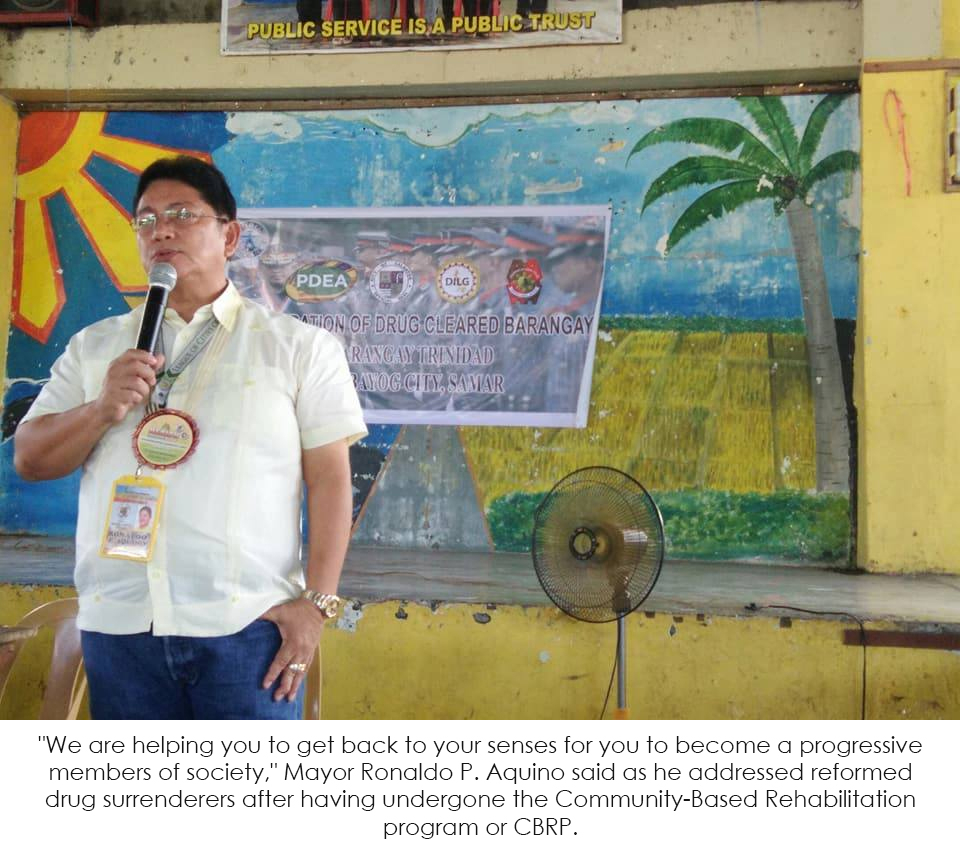 Mayor Aquino further said that in the past years, about 9 suspected drug peddlers in the city have been killed in the anti-drug operations. Aquino is thankful that PDEA Samar and the PDEA Calbayog Field office is headed by Obong, who is a Calbayognon, and even with its non-stop operations and series of arrests and drug seizures made, PDEA Team under his leadership with the help of the police, no shoot-out and bloodshed occurred under PDEA’s watch.(CJ) 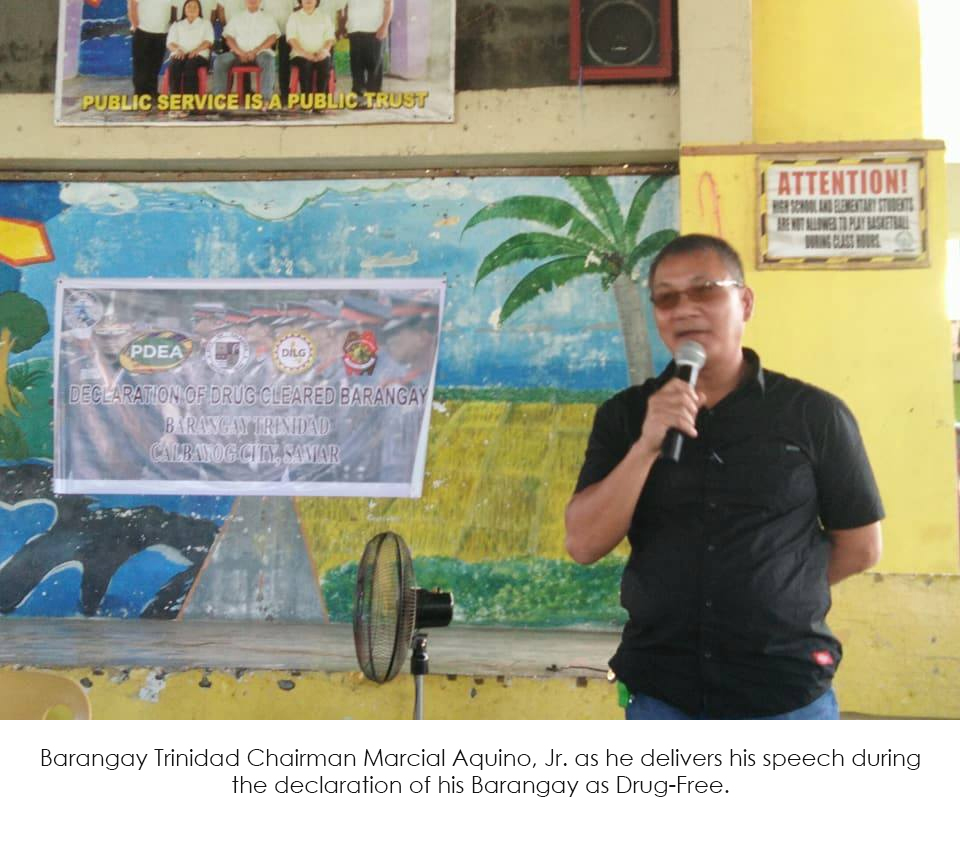 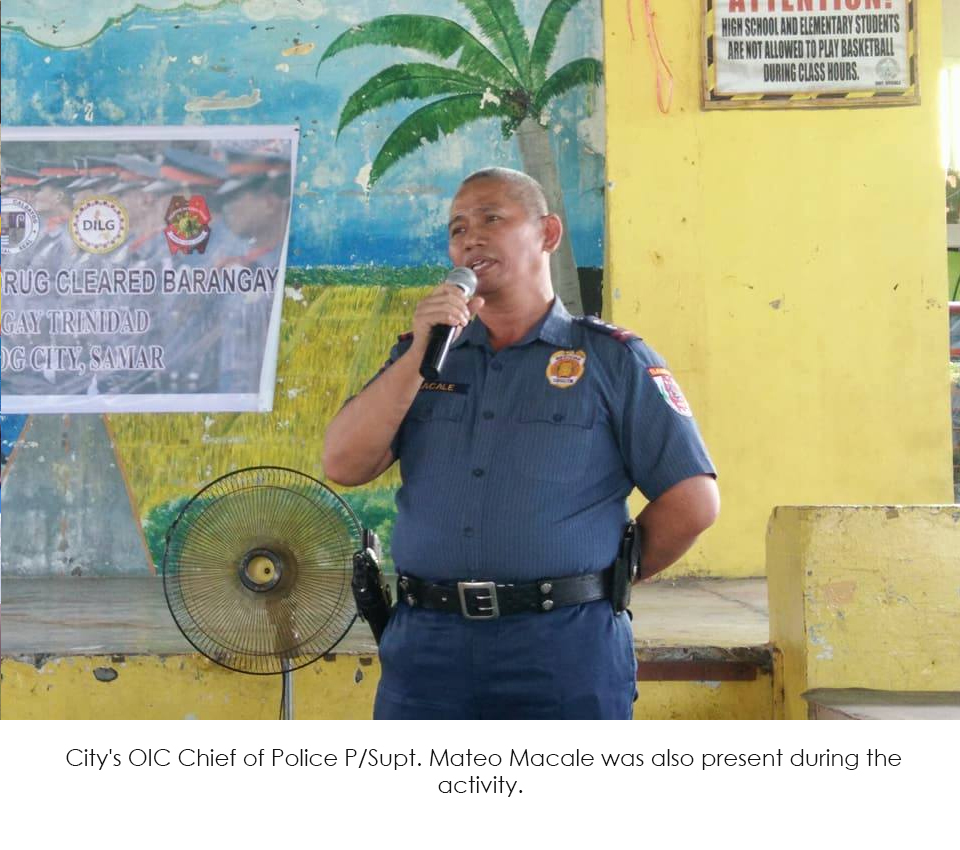 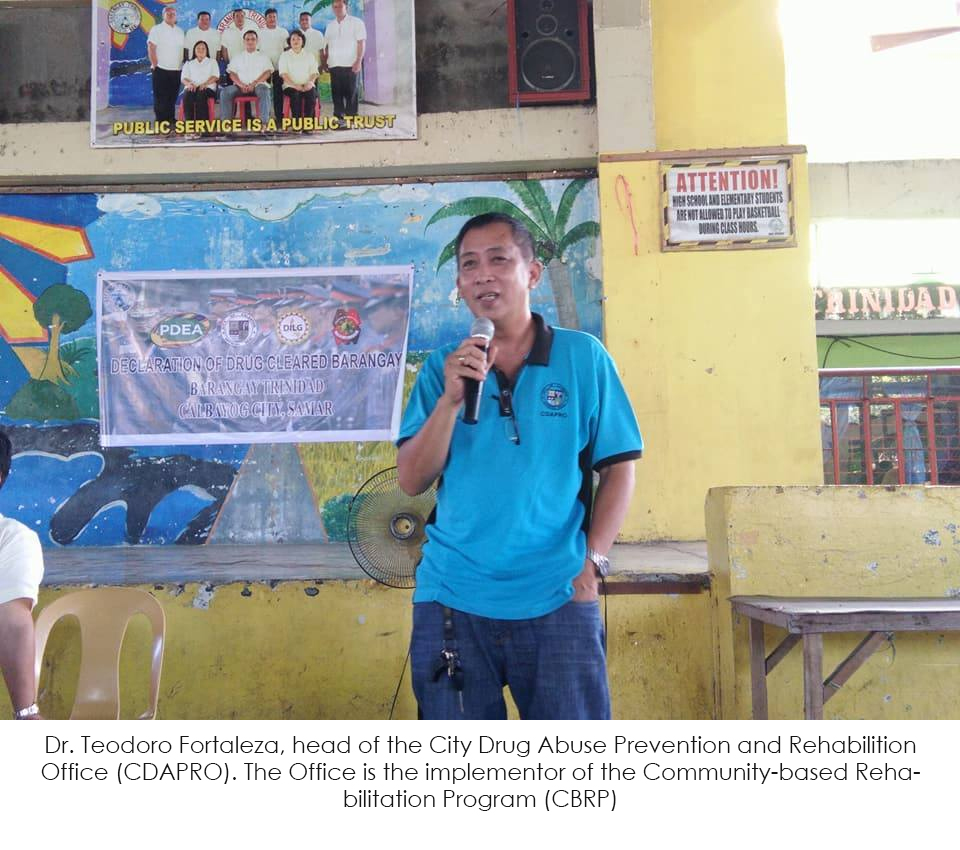