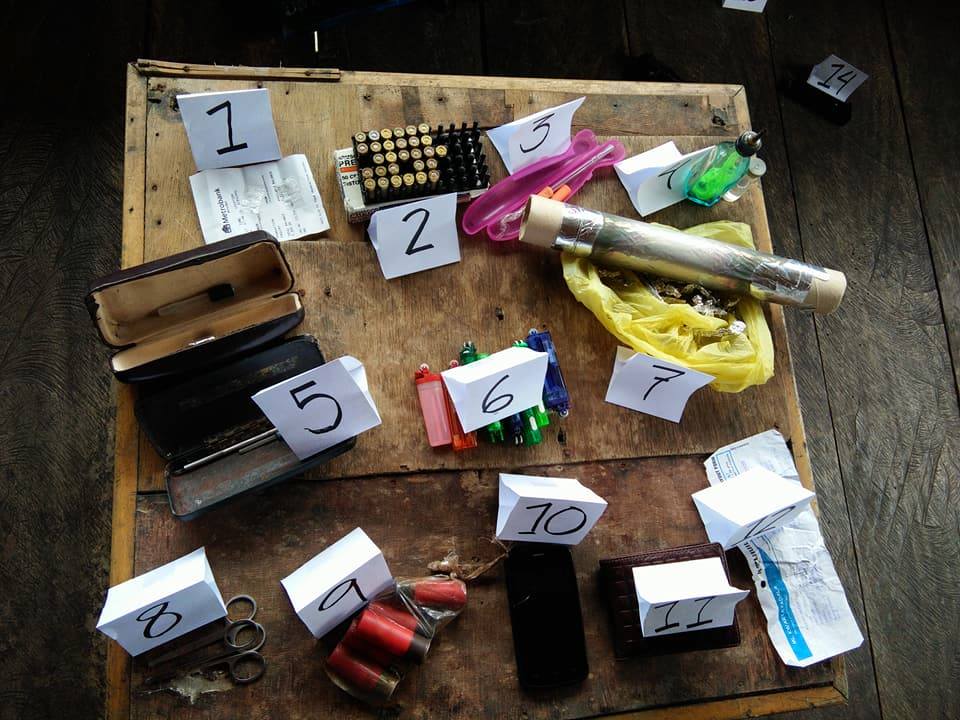 Armed with Search Warrant No. 10-17-31 issued by Hon. Judge Reynaldo Clemens of RTC Branch 31, PDEA agents led by Leonard L. Obong entered and searched the house of Magbutay, whom Obong identified as third (#3) in their list of High Value Target (HVT) drug personalities in Calbayog City.

The search yielded two (2) small heat-sealed transparent plastic sachets containing white crystalline substance believed to be shabu; one (1) box containing 29 live ammunition for a .9mm hand gun; several strips of used or crumpled aluminium foil; five (5) pcs. live shot gun ammunition; one (1) unit .9mm DAEWOO pistol with serial number BA 703394; one (1) unit .9mm magazine with 10 pieces of live ammunitions; one (1) unit improvised shotgun; one (1) brown wallet with several identification cards of Magbutay - one card identifying him as a “Barangay Police” (village police), and another card identifying him as a “VIP Security” at City Mayor’s Office with then Mayor Mel Senen Sarmiento - and several other drug paraphernalia. The suspect did not resist when he was arrested. 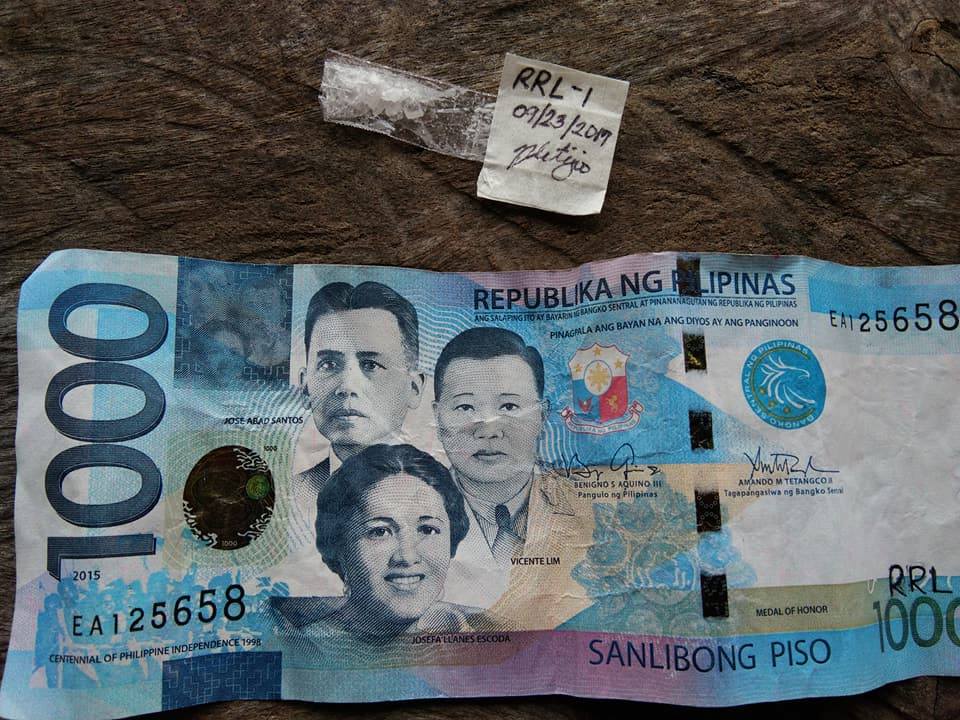 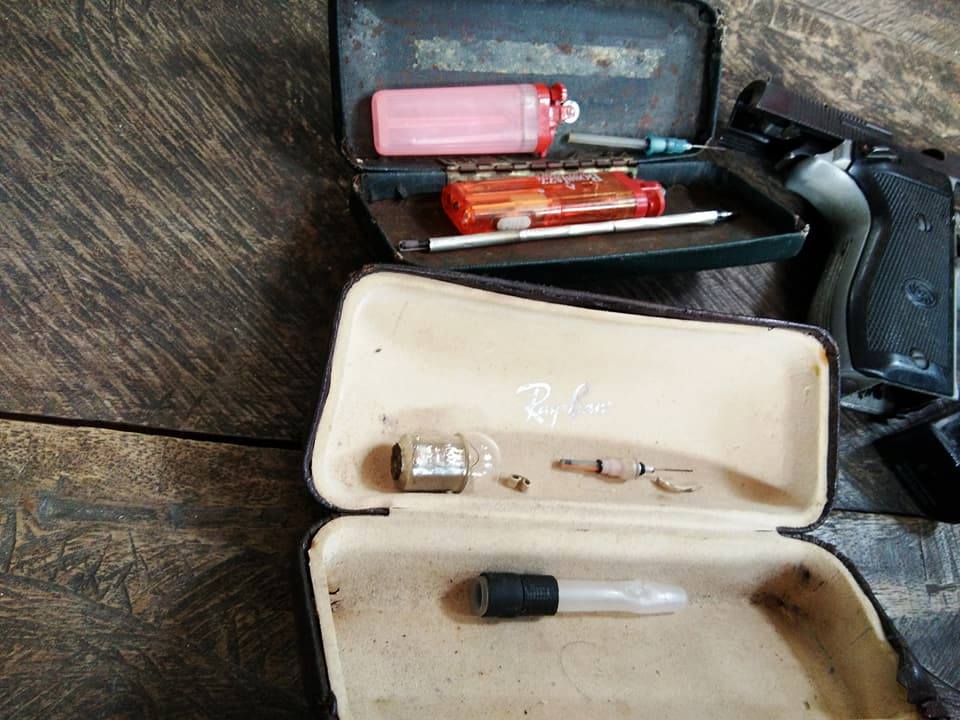 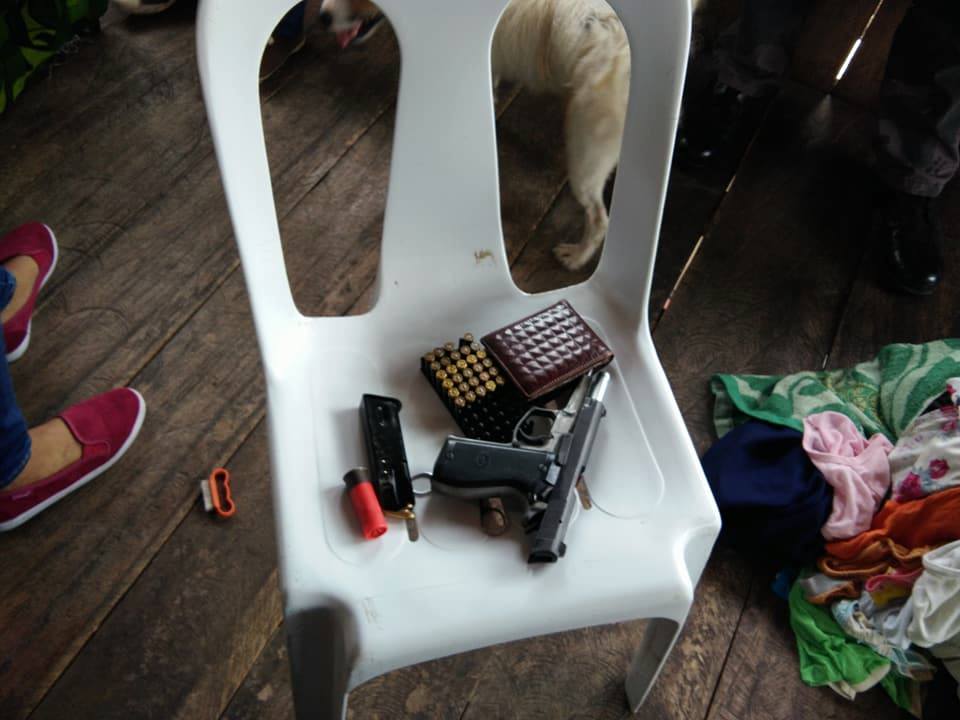 About 15 minutes before the search, an undercover PDEA operative conducted a “test-buy” with Magbutay, successfully buying from the suspect one small plastic containing white crystalline substance in exchange for a PhP1,000.00-peso marked money. Said money was also recovered during the search.

Present during the inventory of the confiscated items done in the house of the suspect were members of the media, and Barangay Hamorawon Officials led by Punong Brgy. Jesus Camarines, Jr.

Magbutay, together with the firearms and ammunitions were immediately turned-over by the PDEA to the Calbayog PNP through City Police Chief Supt. Mateo Macale, while the drugs and other paraphernalia will be brought by the PDEA operatives to their forensic laboratory for testing.(CJ) 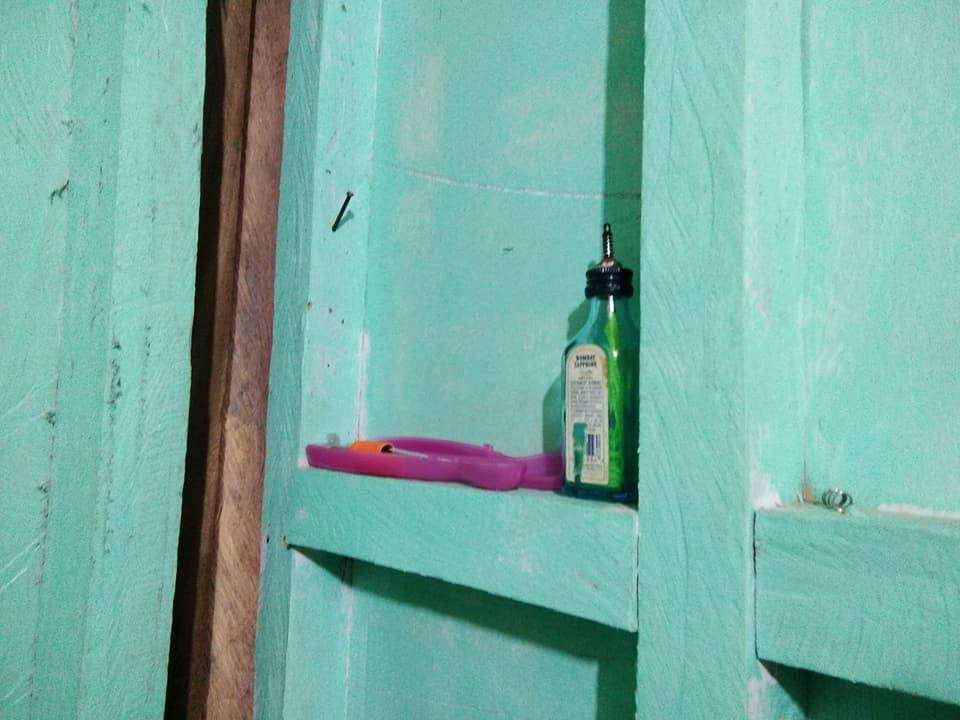 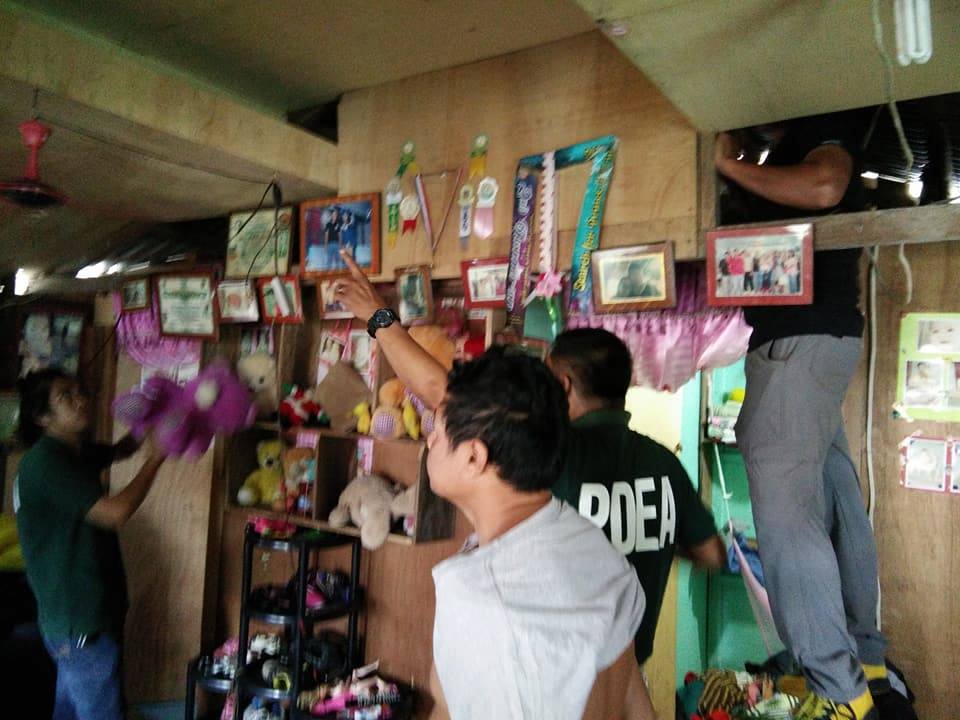 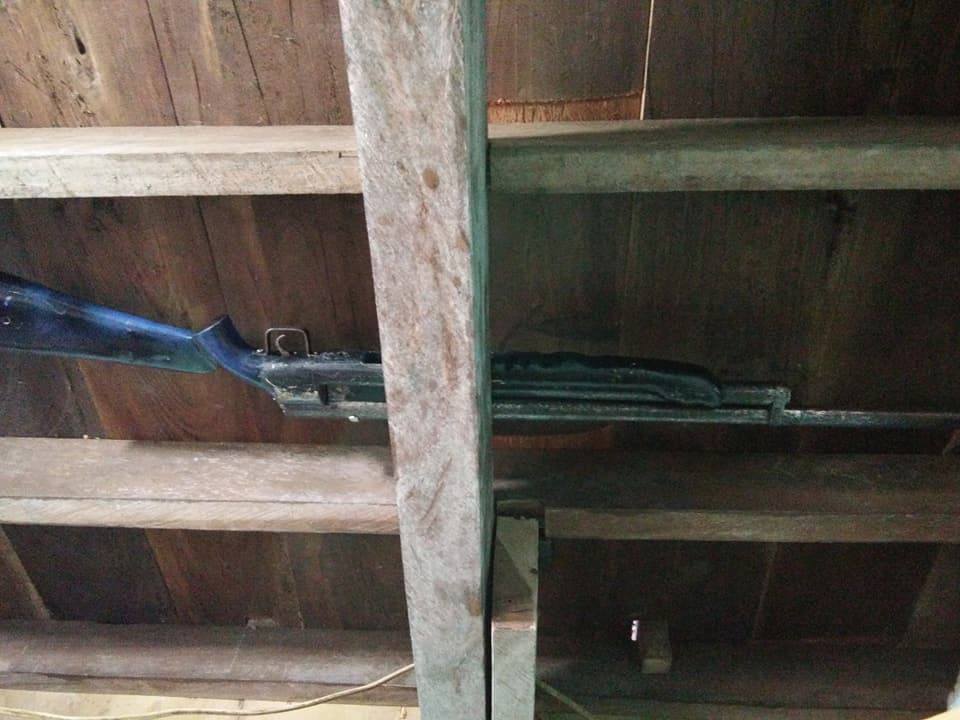 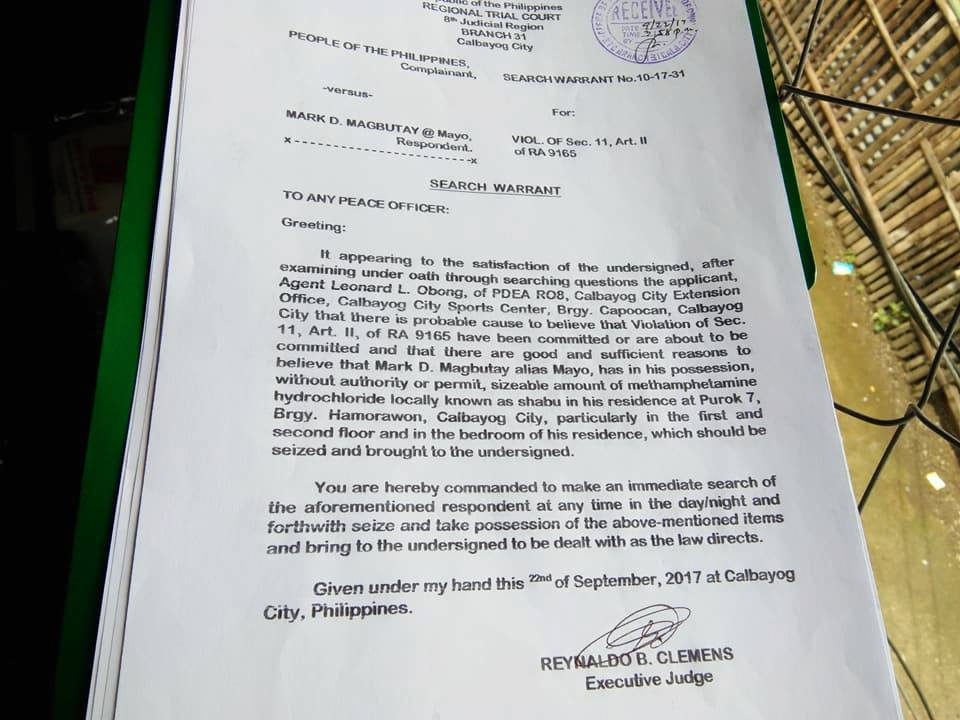 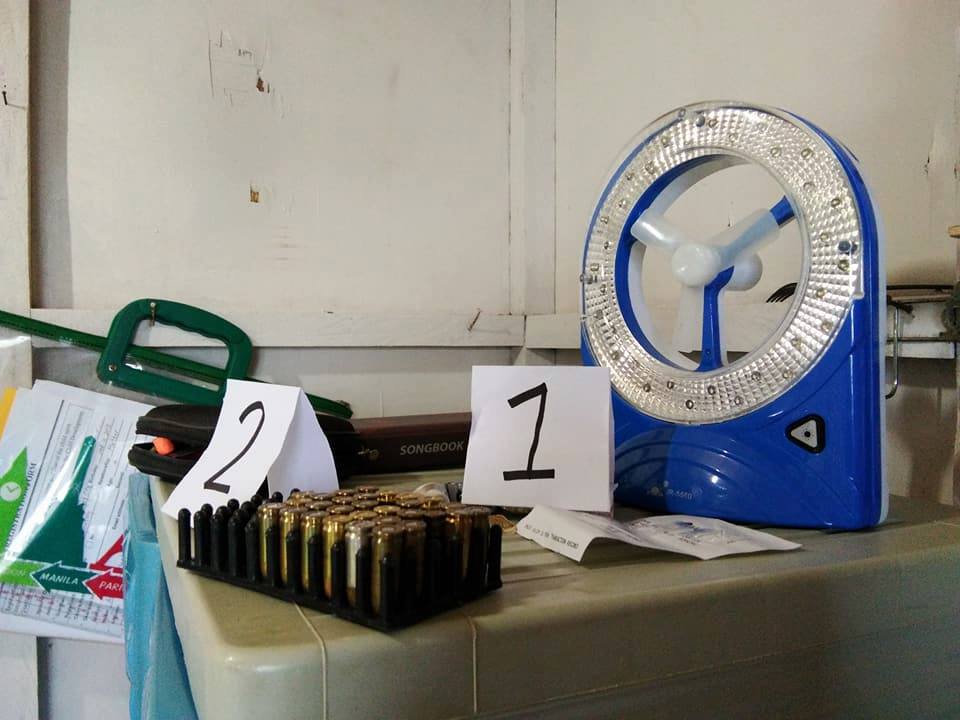