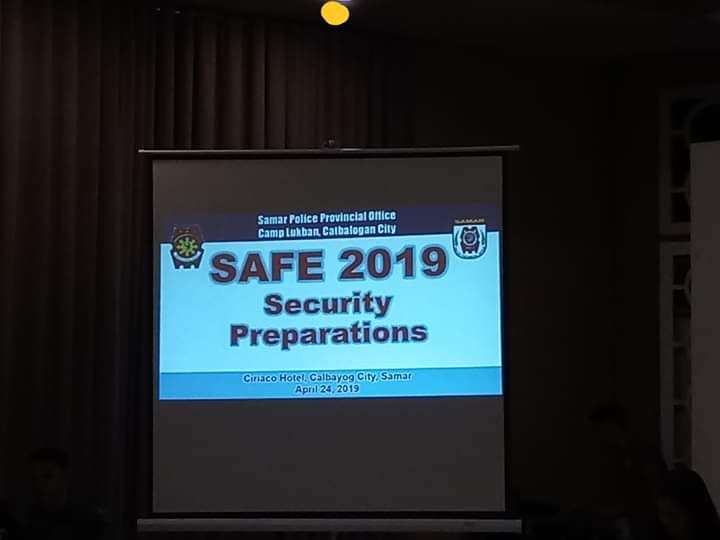 CALBAYOG CITY - The Police and Philippine Army Authorities are on a heightened alert as the Synchronized National and Local Elections on May 13 nears.

In a security briefing called for by the office of Samar First District Representative Edgar Mary Sarmiento, Samar Police Provincial Director Col. Dante Novicio reported that they have already identified Local Government Units in the first district of Samar as “Election hot spots,” based on the parameters given by the Commission on Elections. Samar First District is composed of one City and 9 municipalities. 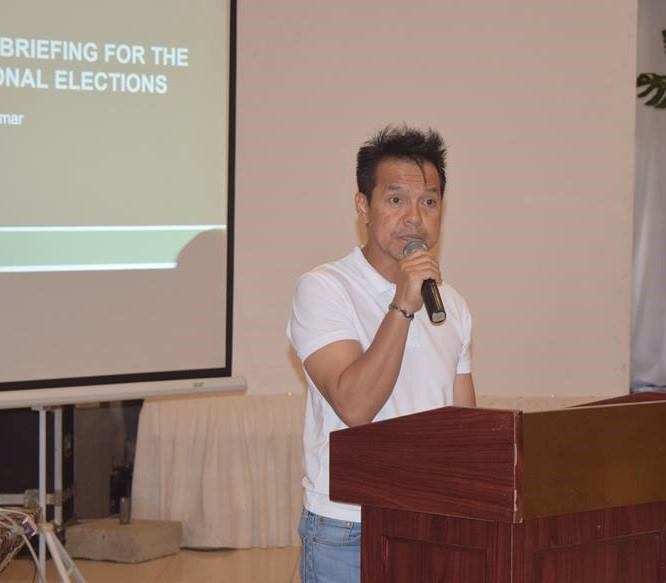 Categorized as “Election Areas of Grave Concern” due to Presence of Communist Terrorist Groups, Partisan Armed Groups and Intense political rivalries are the City of Calbayog and the Municipalities of Matuguinao and Sta. Margarita.

Novicio identified the municipalities of Gandara and San Jorge as “Areas of Immediate Concern,” due to confirmed presence of CPP-NPA, while the Municipalities of Almagro, Sto. Nino, Tarangnan, Pagsangjan and Tagapul-an fell under the category of “Areas of No Security Concerns” for the PNP. 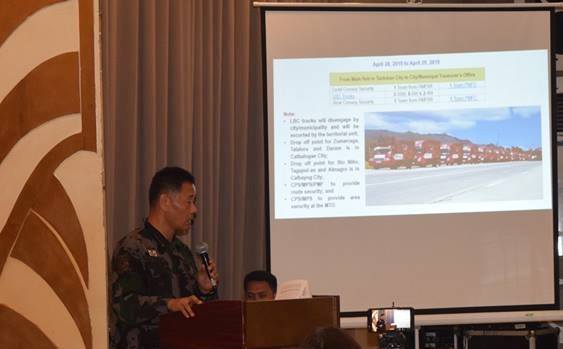 Meanwhile, 63rd Infantry Battalion Commander Lt. Col. Rizaldo Laurena , for the Phil. Army’s part, put the Municipality of Sta. Margarita under the category of “Election Areas of Grave Concern,” along with Calbayog and Matuguinao, while placing San Jorge together with Gandara under “Areas of Immediate Concern.”

Both the PNP and the Phil. Army have agreed to complement each other’s forces, especially in areas where the PNP lacked manpower, to achieve their main goal of helping implement necessary measures to ensure clean, honest, peaceful and orderly elections.

In attendance to this security briefing were Samar 1st District Representative Edgar Mary Sarmiento, Calbayog City Ronaldo Aquino and the city’s Sangguniang Panglunsod headed by Vice Mayor Diego Rivera, the Local Chief Executives and representatives of LGUs in the district, the Election Officers of Calbayog and the 9 Municipalities, DILG Operations Officers, and the Police and Military officers. (CJ/ESLim) 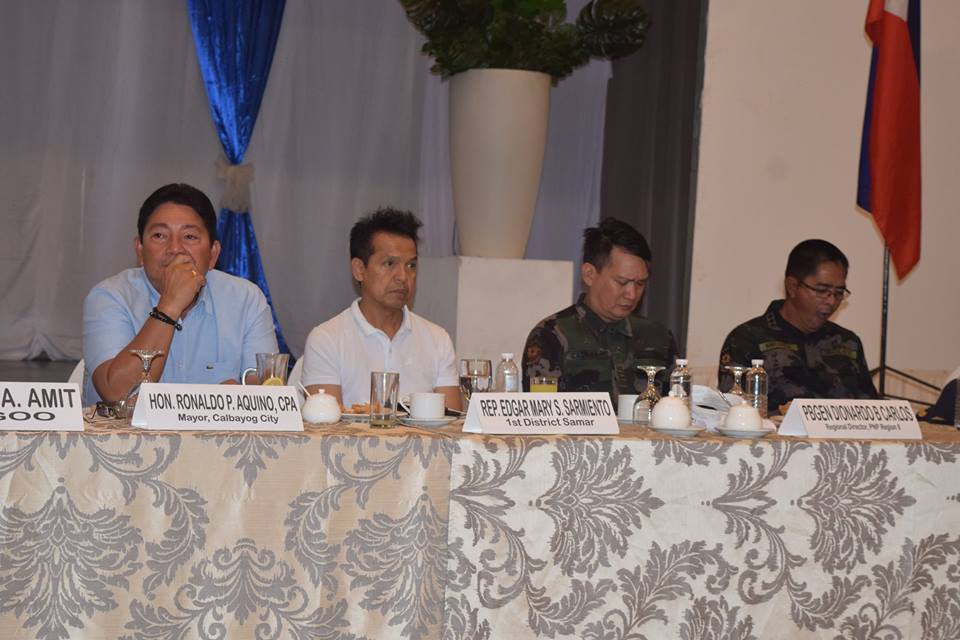 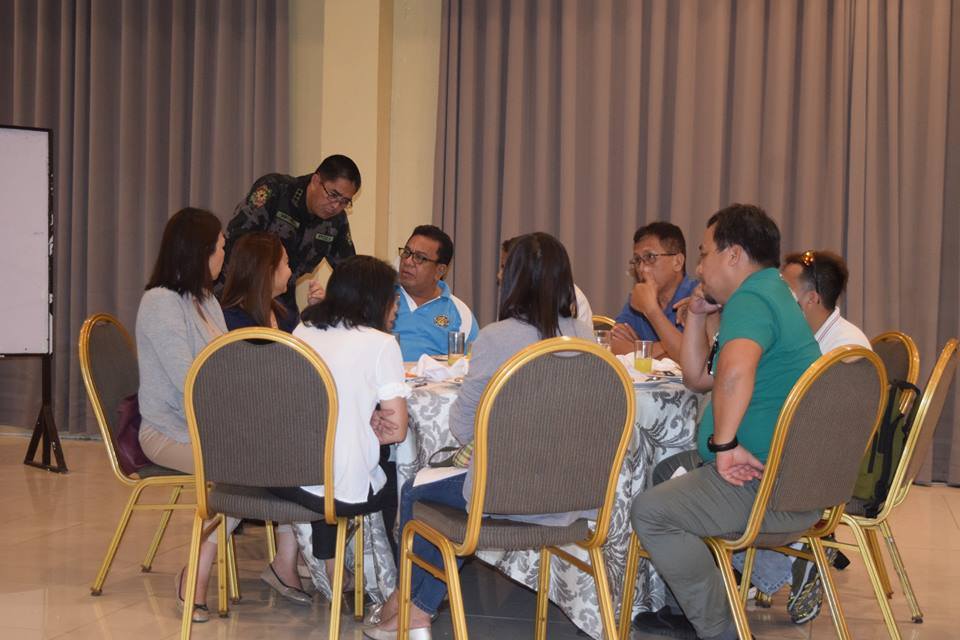 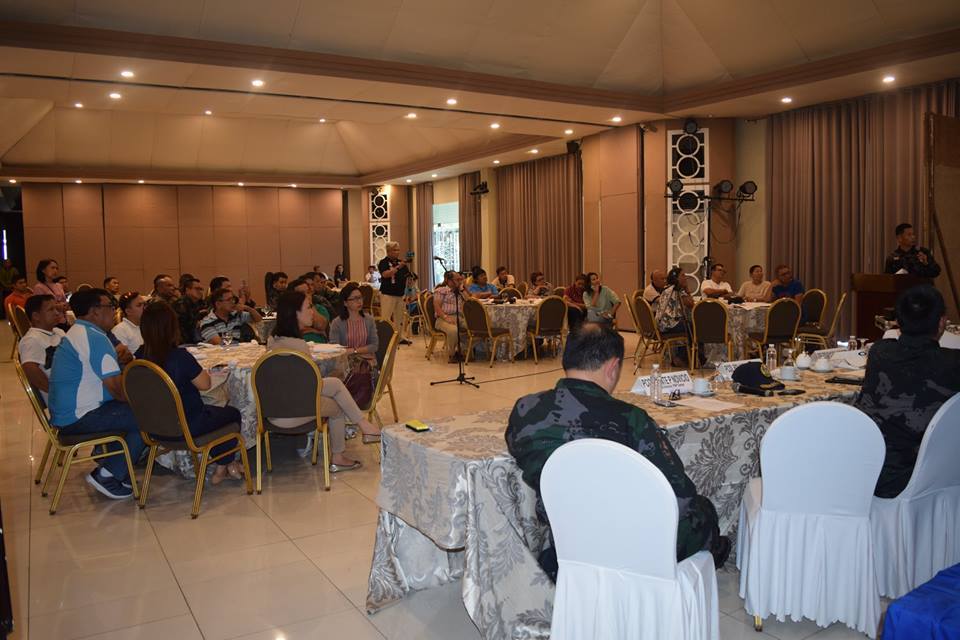