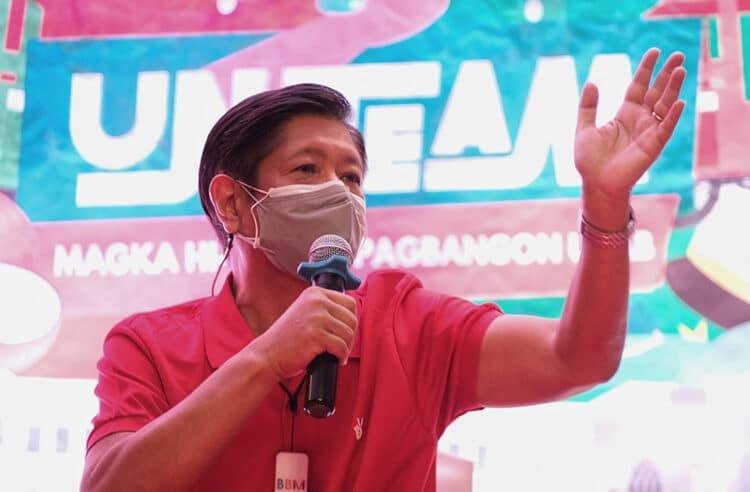 PUBLiCUS Asia said at least 80 percent of the supporters of presidential aspirant Ferdinand “Bongbong” Marcos Jr. and his running mate Sara Duterte-Carpio are already hard voters who have made up their minds and will surely vote for the tandem.

Duterte-Carpio also continued to lead the vice-presidential race, with 59 percent of the vote among respondents. “As Election Day nears, we firm up our support. We firm up our preferences, we become more and more committed to the choices that we have made thus far. So, I think that this is symptomatic of that particular common occurrence among voters that as Election Day nears, they become more and more convinced of who they are voting for,” Yap said.

Vice President Leni Robredo’s presidential preference numbers in pre-election surveys, on the other hand, have consistently hovered between 20 to 23 percent between October 2021 and the third week of April 2022.

The latest survey showed 21 percent of the respondents saying they would vote for Robredo.

Respondents to the non-commissioned Publicus nationwide purposive sampling survey were randomly drawn by the Singapore office of American firm PureSpectrum from its market research panel of over 200,000 Filipinos.

The final survey panel was restricted to registered voters. Parameters based on respondent age, gender, and location were also utilized in the sample formulation in order for the resulting sample to conform more closely to the features of the voting population, as defined by statistics from the Commission on Elections.

The nationwide margin of error is +/- 3 percent. Marcos Jr. maintained his wide lead over other candidates with less than three weeks before the May 9 elections, results of the latest pre-election survey conducted by PUBLiCUS between April 19 to 21 showed. Marcos’ voters’ preference rating was two percentage points higher than his 55 percent in the March 9 to 14 survey of PUBLiCUS.

“Marcos is the only presidential candidate who has notched a statistically significant increase in voter preference during the campaign period. He has gained 5 percentage points over the past two months after notching an initial preference share of 52 percent in our February survey,” said Aureli Sinsuat, Executive Director of PUBLiCUS.