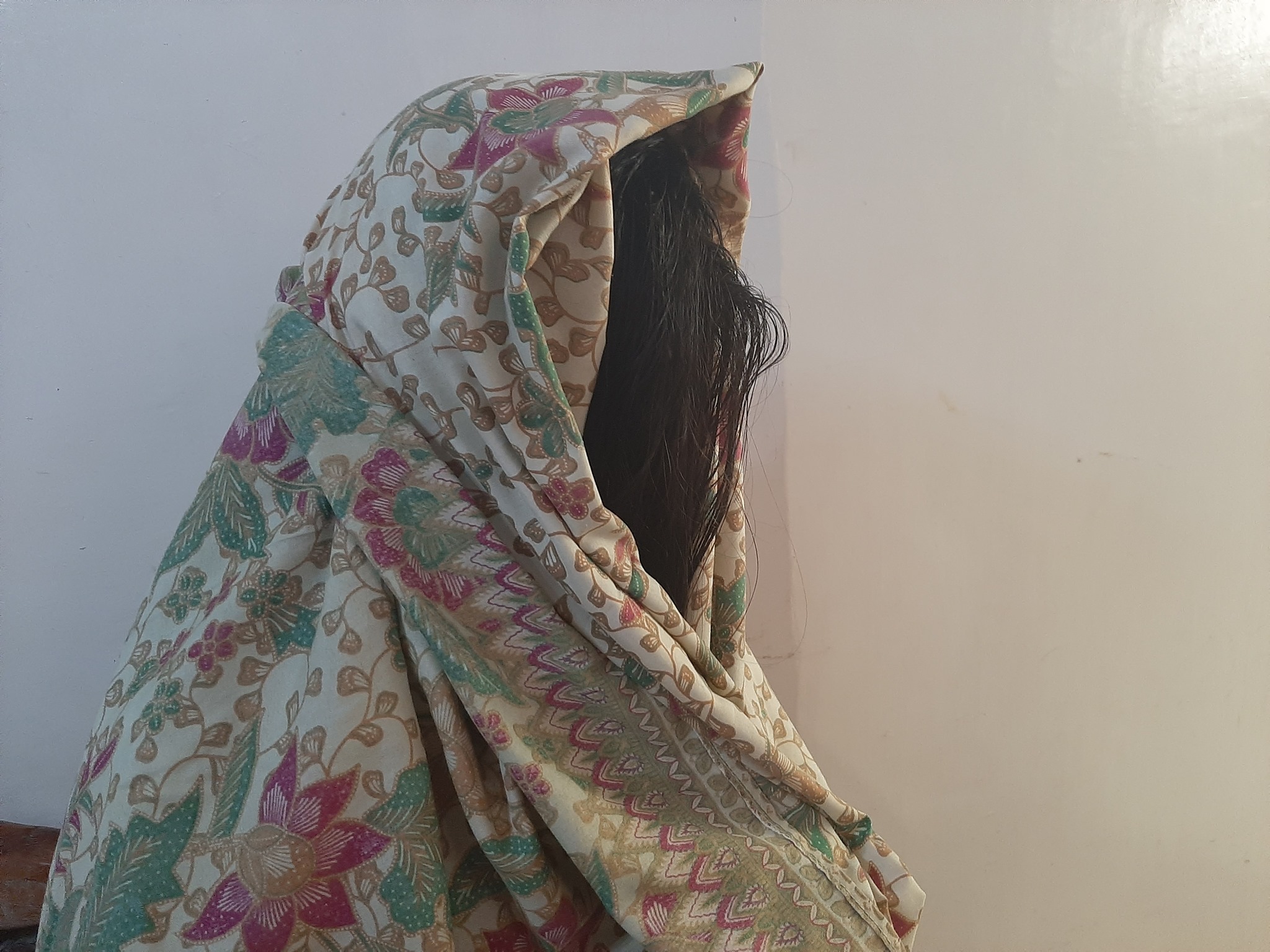 Complainant-Victim Adelle (not her real name) who withdrew the case for Rape against a municipal government employee.
Withdrawn by a 14-year-old complainant is the rape case she filed against Martin M. Sulla, 57 years old and Tourism Officer of Caibiran, Biliran.

An Affidavit of Desistance, dated October 17, 2019 was filed before the Office of the Provincial Prosecutor in Naval, Biliran by the 14-year-old complainant, Adelle (not her real name), with the assistance of her mother.

The Affidavit states, among others, that Adelle would no longer testify against the suspect thus asked for the dismissal of the rape complaint she filed against Sulla.
With the conformity and assistance of Adelle’s mother, the affidavit further stated that the allegations of rape contained in the pending complaint (under NPS Case No. VII-14-INV-2019-1-00180) against Sulla “are mere fabrications and untrue,” and that “there is no evidence to prove it.”

Subscribed and Sworn to before lawyer Lolita Casas-Nueva, Adelle also stated in the affidavit that she was just “forced to sign the judicial affidavit in the Police Station of Caibiran by Clarissa V. Nacionales and another policeman” thereby adding to have “received grocery from Mayor Rhodessa D. Evita in the police station” after signing.

Based on the preceeding statements and “for personal reasons,” Adelle added that she “cannot proceed in the further prosecution of this case” against Sulla and that she voluntarily consents “to its dismissal.”

No word has yet been heard as to the actions the provincial prosecution will render on the case with the affidavit of desistance already filed by the complainant, as assisted by her mother.

This particular case is one of the three complaints of similar nature filed against the respondent. All of the complainants are minors who alleged to have been raped by the respondent on separate occasions.

Sulla, on the other hand, in one of his interviews with media practitioners, said that “there are powerful forces behind the filing of three rape cases against him” and added that the cases are intended to “malign and destroy” him “for being a strong ally of the previous administration.”

In September 22, 2019, Caibiran town police arrested Sulla but was detained at the Biliran Provincial Hospital due to fluctuating blood pressure. 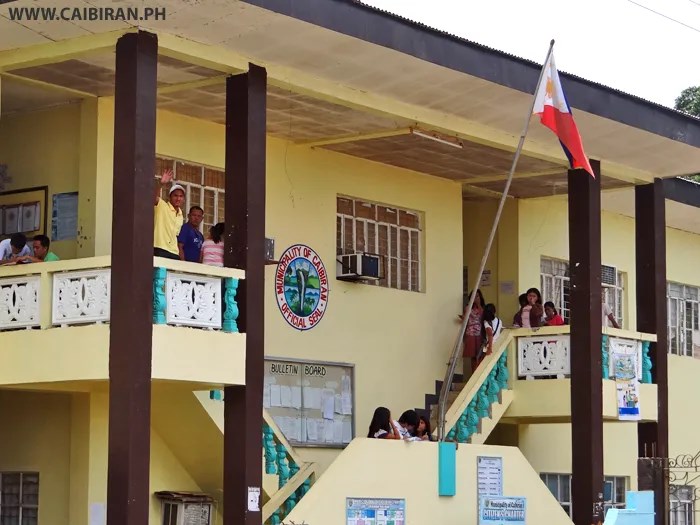 Caibiran Municipal Hall in the Province of Biliran.
OTHER COMPLAINTS: “The first of the three complainants,” Sulla said “is that of a 14-year-old girl who is known in the community as a street child who could have been manipulated by a personnel of a powerful person who wanted to file (trumped-up) cases against me.”

Denying the accusations, Sulla informed that “findings of the medico-legal’s report on the victim’s private parts stated that lacerations were already old that may have been inflicted on the complainant earlier than the date of the alleged rape complained to have happened on December 25, 2019.

For this Complaint, an Information for Acts of Lasciviousness was filed by the prosecutor before the court. Sulla was ordered to file a bail bond of Php200,000 for his temporary liberty pending trial of the case.

The second complaint, also for rape, was filed by a 13-year-old street boy in the police station but which did not prosper because the boy, as well as the girl in the first complaint left Caibiran and whose whereabouts are already unknown. 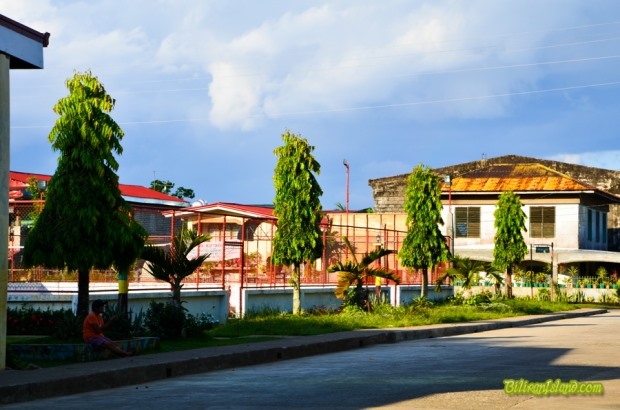 Town plaza of the Municipality of Caibiran, Biliran.
PROSECUTOR’S WISDOM: Meanwhile, Prosecutor Robinson Lachido Desacada who was in Tacloban City being resource speaker in the Inter Agency Council Against Trafficking of Persons (IACATP) Training, shared his views on the case of Sulla.

“Generally, prosecutors do not accept affidavit of desistance from minor victims,” Desacada said and continued that “in cases however where a minor is being taken by authorities to be used as complainant by acting as the victim, Sulla may file cases against the policeman and other influential people who may have paid the complainant as this is exploiting a minor or trafficking which is even a graver crime.”

“Sulla must secure a forensic interview by a trained social worker to a child who was used and paid to make trumped-up accusations,” Prosecutor Desacada emphasized.

During a research on the progress of Sulla’s case, Biliran Provincial Prosecutor Edna P. Honor refused to give comments for reasons that she already assigned a prosecutor to investigate the case.

“I have to respect the prosecutor who is now handling this,” Honor said and added assurance that “both parties will expect a fair result of the Resolution without political pressures but based on the evidences at hand.”

DENIALS OF MANIPULATIONS/FABRICATIONS: Caibiran Municipal Mayor Rhodessa Revita vehemently denies political motivations on the cases that has been filed against Sulla.

PNP Women’s Desk in-charge, PO2 Clarissa Nacionales denied the claims of Adelle and her mother having been forced to sign the complaint in the police station stating reason that “it was, in fact, the complainant who insisted the filing of charges against Sulla.”

Nacionales further told in a message that “I have no idea how may name was dragged in this fabrication issue because as an authority, I was just kind enough to help the victim and give my services as a policewoman and nothing else.”

PERSONAL RESEARCH/STATURE: Sulla shared validated information that all of the three complainants and their parents received forms of payment – monetary and in kind – from influential people to file the rape charges against him.

“My upbringing from a modest and well-educated family in Cebu, molded me to a level of decency fit for a law-abiding citizen,” Sulla said and added that “I could not allow myself to be destroyed by sexual perversion, much more by a street children whose physical appearance could not even arouse libidinous urge from someone of my stature.”(CJ)