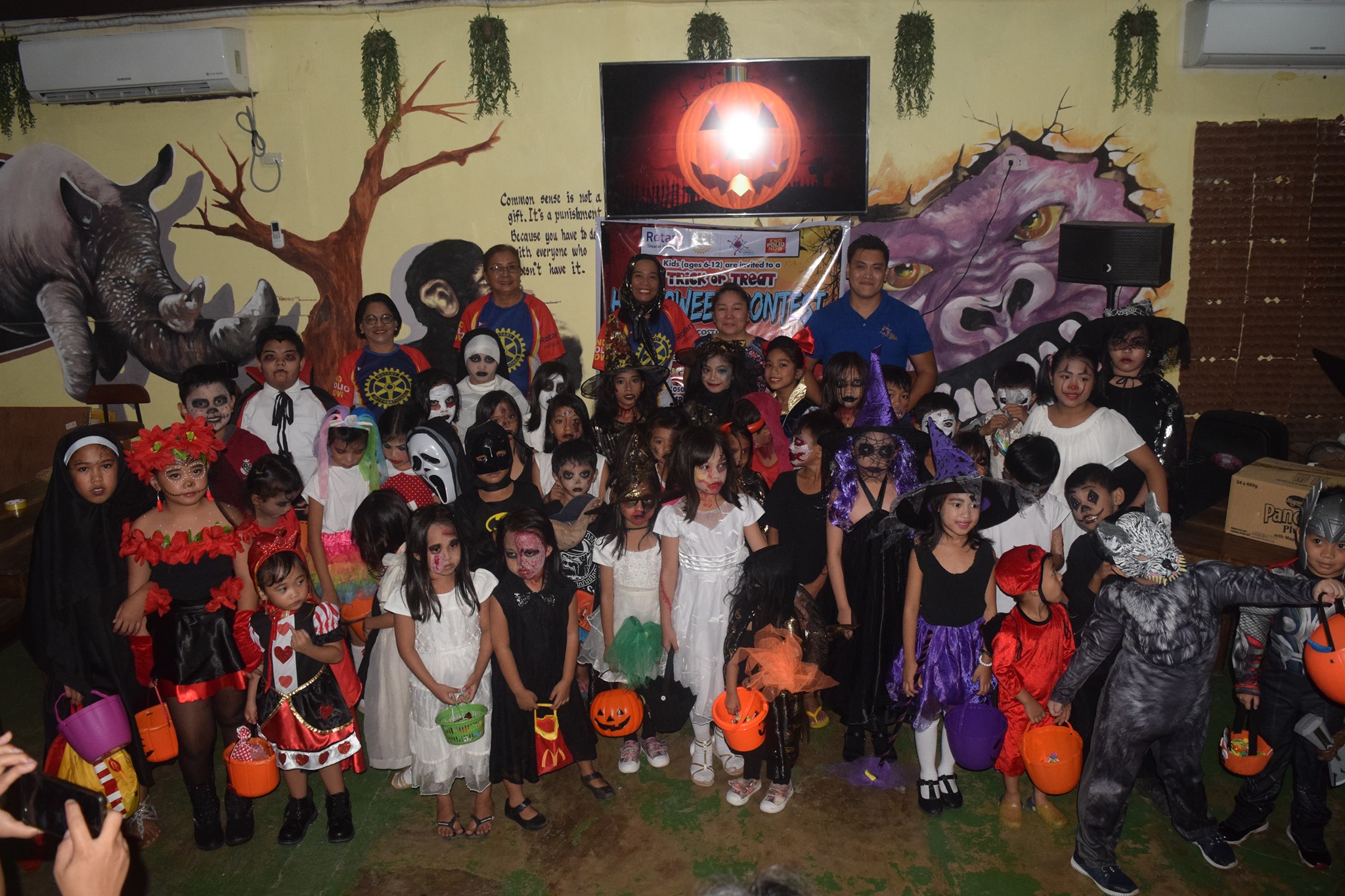 CALBAYOG CITY – Fifty-one (51) children who came in varied Halloween costumes and make-up participated in the “Trick & Treat Halloween Contest” hosted by the Rotary Club of Greater Calbayog (RCGC) at the Jungle Coffee & KTV Bar on October 31, 2019.

“This is the third Halloween activity for the children that the RCGC has conducted since the year 2017 when the club started,” RCGC President for Rotary Year 2019-2020, Ligaya Noroña-Bagsarsa, told Calbayog Journal.

With all of the participants treated to candies, chocolates and gums, this year’s activity included contests in dance, singing and drawing, instead of making the children do some scary tricks. 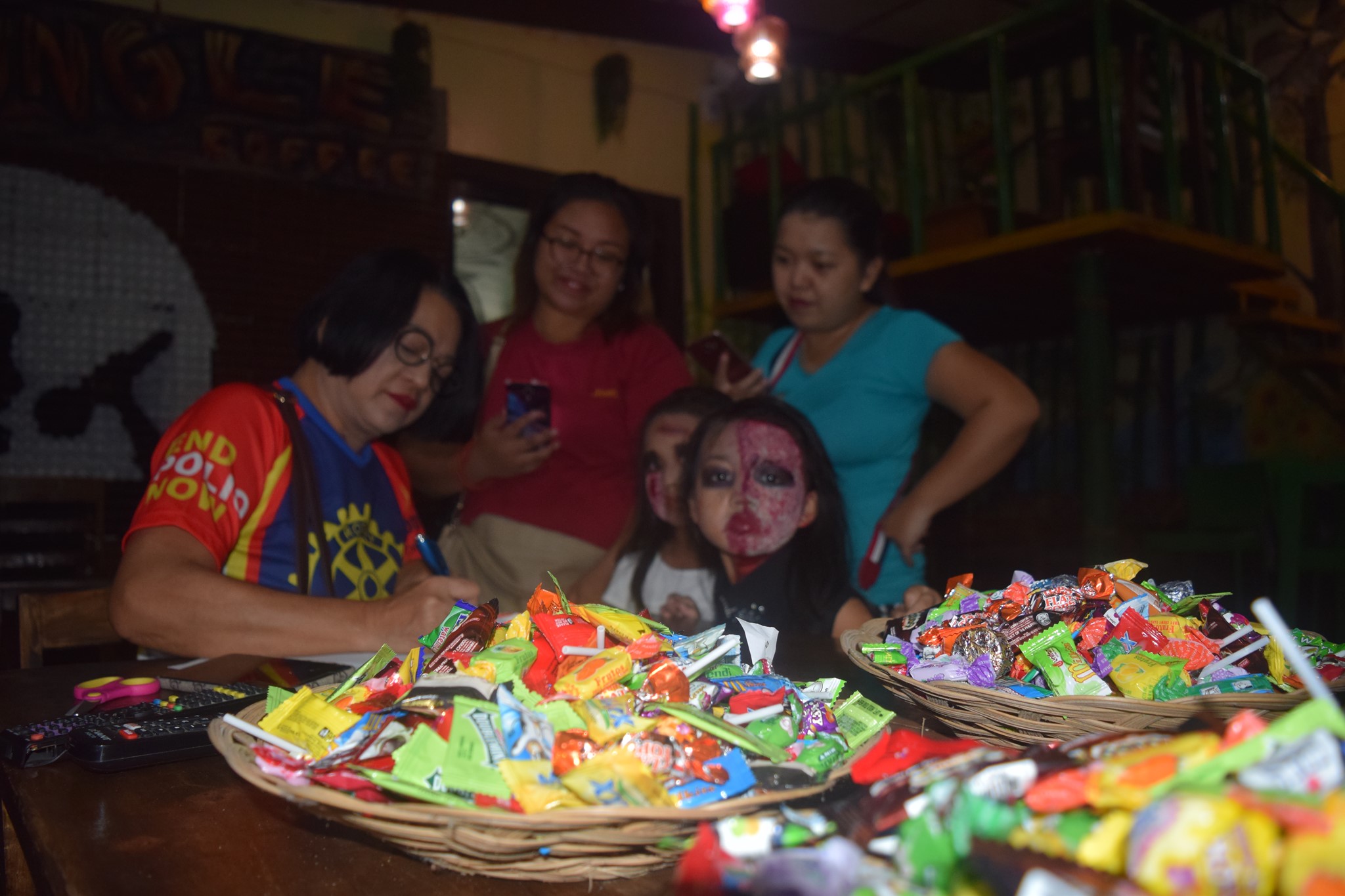 “It has become a tradition in the club but this year,” Bagsarsa added, “we tried to adopt some modifications by having contests such as dance, singing, drawing without forgetting to acknowledge and reward those who come to manifest the essence of a Halloween, such as the “scariest face” and the “best Halloween costume.”

Not only was the Halloween activity in essence of the All Saints’ and All Soul’s Days (Nov. 1 & 2) as it was a prelude to the Children’s Month Celebrations in November 2019.

Referring to this year’s theme of “Karapatang Pambata: Patuloy na Pahalagahan at Gampanan Tungo sa Magandang Kinabukasan,” Bagsarsa shares conviction that children who are allowed to explore their interests and their God-given talents become the most productive and responsible citizens of society.

“Let us allow our children to discover among themselves what they really wanted to be,” Bagsarsa said and continued to say that “in our own little way, RCGC will do it’s share to promote the rights of the children by creating initiatives that will enhance their potentials.”

Some of the children were seen participating since the very first time RCGC hosted a Halloween activity in 2017. 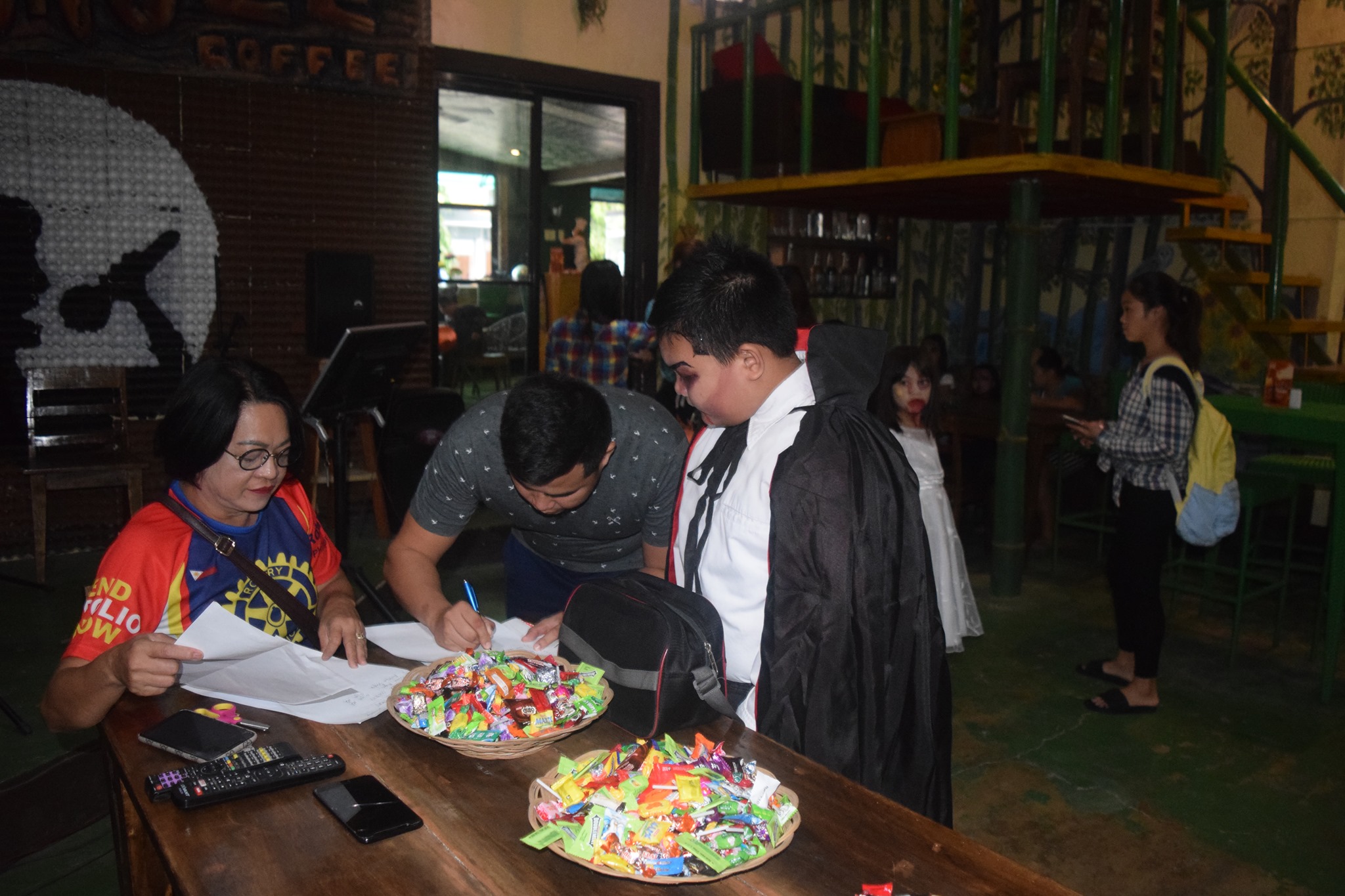 "My child has still four years to enjoy RCGC Halloween activities, given the age limit of 12 because we started joining this activity since 2017 when my child was 5, along with some friends." one parent told Calbayog Journal.

In conclusion, RCGC President Bagsarsa, extended her heartfelt thanks to the mothers and fathers who took time out from their routine just to make their children enjoy the RCGC Halloween activity.