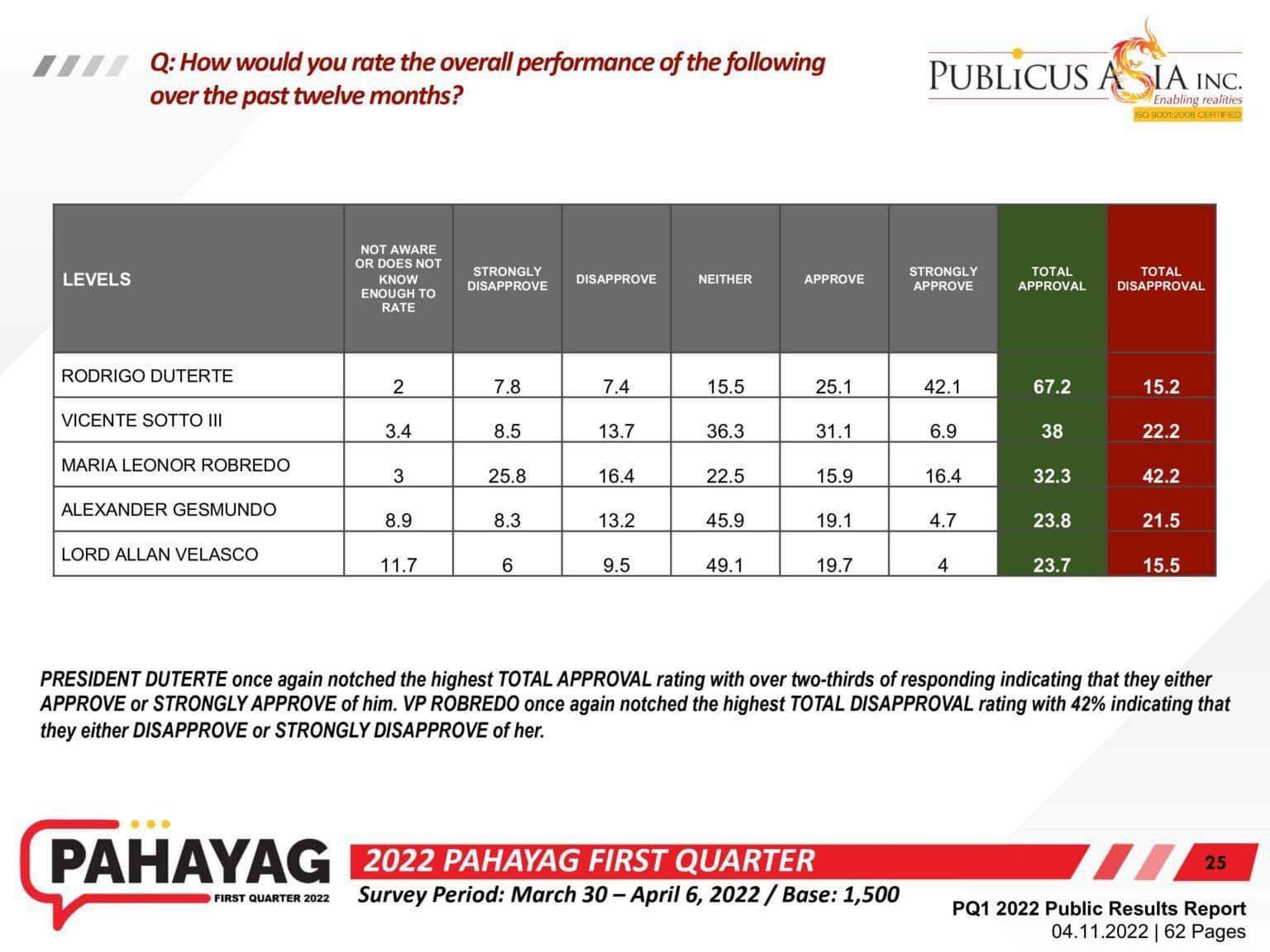 32.3 percent of respondents said that they approve of her performance in the past twelve months, while 42.2 percent said otherwise, resulting in a -9.9 percent net approval rating for Robredo.

“The data suggest a harsh electoral climate for opposition standard bearers going into the May 9 election. The majority of voters are likely looking for a candidate who would continue the policies and programs of the popular outgoing president – not someone who would oppose them,” said Mr. Aureli Sinsuat, Executive Director of PUBLiCUS.

Publicus surveyed 1,500 respondents randomly drawn from a market research panel of Purespectrum with over 200,000 Filipinos. The survey has a ±3 percent margin of error.