CATBALOGAN CITY- The apprehension of citizens over the possibility of flagrant vote-buying occurring again in the province of Samar during the May 2016 elections has spawned the formation of a citizens anti-fraud body called "Samar Vote 4Change."

The group which is composed of people from the so-called society's third sector - the church, the academe, the youth, and the media - is calling for an end to vote-buying and other forms of cheating that subvert the people's will.

Vote-buying was reportedly rampant in many areas of the province in past elections and there is fear of it happening again in this year's electoral exercise in the municipalities of Marabut, San Jose de Buan, Basey, Pinabacdao, Calbiga, Motiong, Tarangnan, and in the island towns of Daram, Almagro and Tagapul-an.

Fr. Melvin Ojeda, a catholic priest and a member of the Samar Vote 4Change said that the group believes that some local politicians will again resort to vote-buying. The possibility of vote-buying is not far-fetched for the practice is actually a perennial problem in Samar which is considered as one of the poorest among the country's administrative divisions. 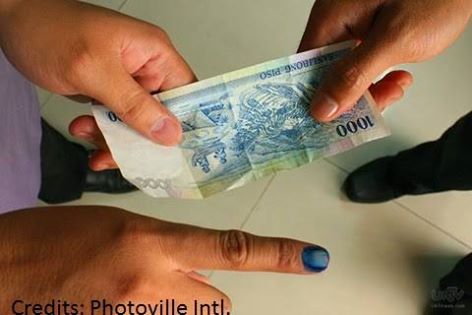