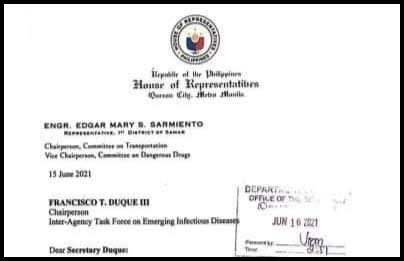 Believing that inoculating 70% of the population will achieve high immunity and in wanting to “save lives and to move the economy” in the province of Samar parallel to the forecast of country’s economic managers, Cong. Sarmiento, in his letter, appealed “for a proportionate equitable share” from 6.4 million and the 11.6 million coronavirus vaccines due to arrive to the country in the months of June and July (this year), respectively, as announced by vaccine czar, Secretary Carlito G. Galvez.

The letter cited that since March 2021, Samar province received 41,114 doses while only 16,432 vaccines was received by the first district (of the province) which is a measly supply for a province with a population of 894,500 to include 353,357 in the first district as per 2020 record of the Philippine Statistics Authority (PSA).

Congressman Sarmiento also informed the national IATF-EID Chair about the former's initiatives of having filed a House Resolution for the creation of a nationally and globally acceptable standardized vaccine cards of the country. 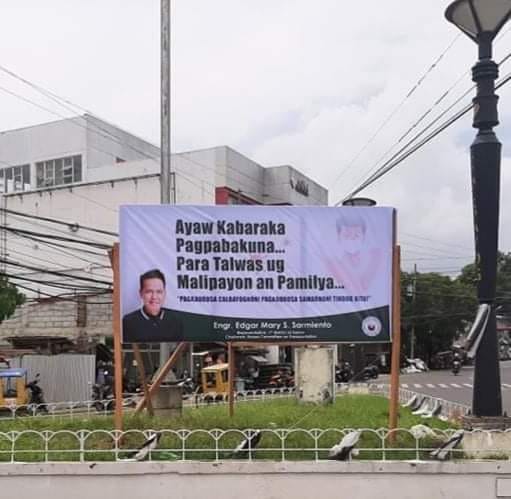 Meanwhile. the Congressional District Office based in Calbayog City implemented a massive campaign on encouraging people in the first district and the province of Samar to submit themselves to the COVID-19 vaccination program of respective local government employees.