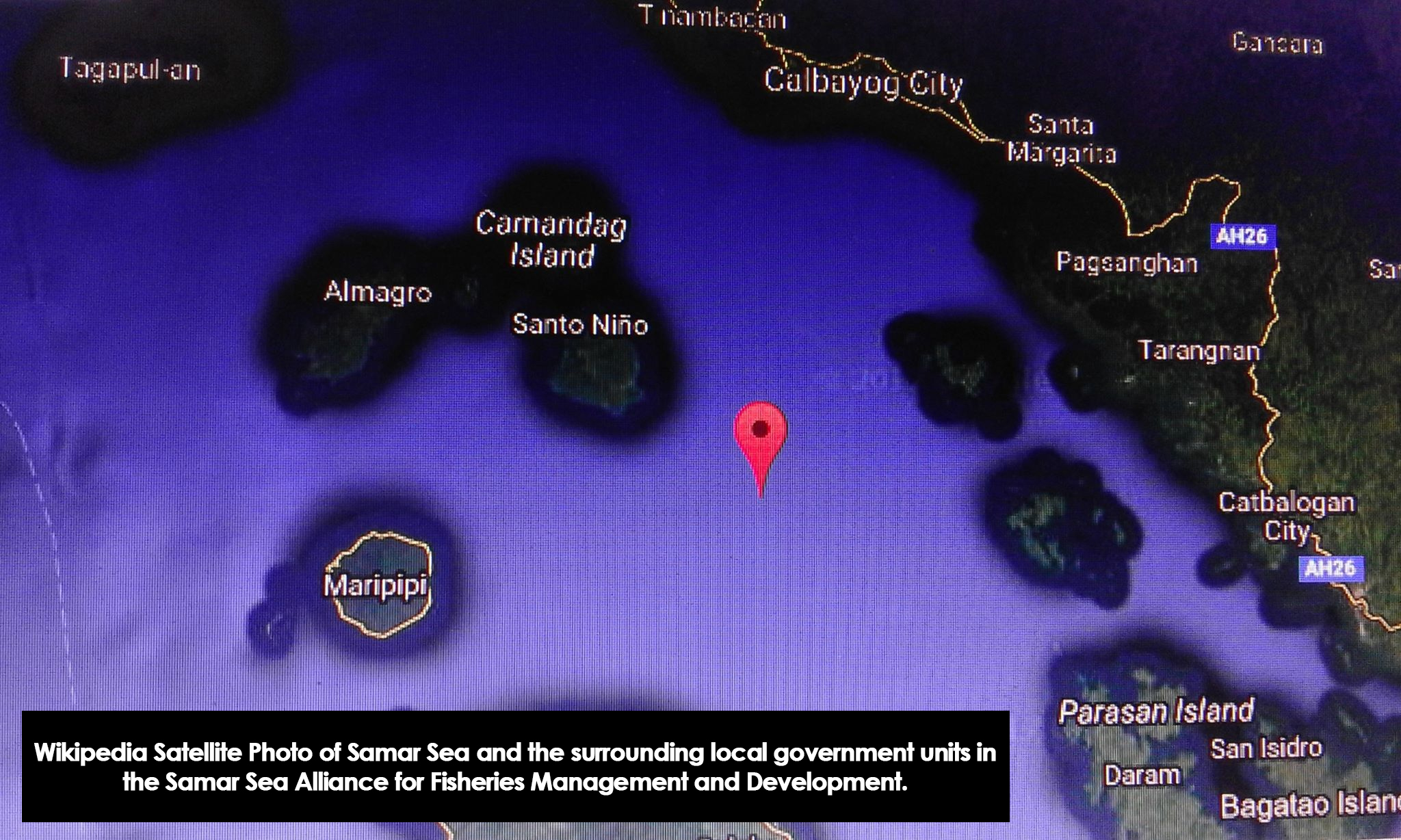 CALBAYOG CITY – The Samar Sea Alliance of Local Government Units for Fisheries Management and Development (SASAFMD) signed Resolution No. 1, Series of 2017 where twelve (12) local government units along Samar Sea signified commitment to the full implementation of the Fishery Code of the Philippines (Republic Act 8550), as amended (by Republic Act 10654).

Geared towards the efficient and unified implementation of the Fisheries Code, as amended, particularly Chapter II – Articles 1 (Municipal Fisheries and II (Commercial Fisheries) – as well as Chapter VI (Prohibitions and Penalties), the Alliance issued the Resolution for adoption of the Local Government Units (LGUs), thru respective legislative bodies. The legislative sanction to the adoption will enable to Alliance to come up with a unified undertaking towards productive and sustainable benefits from Samar Sea.

“The country has well-crafted laws,” Calbayog City Mayor Ronaldo P. Aquino said during the Mayors’ and Fisherfolks Consultative Assembly in the city on May 18, 2017 when the Resolution was approved and signed. “The laws written to protect our resources and uphold the general welfare of the citizens are existing with just a matter of will for its enforcement,” added Aquino who is also Chairman of the Alliance. 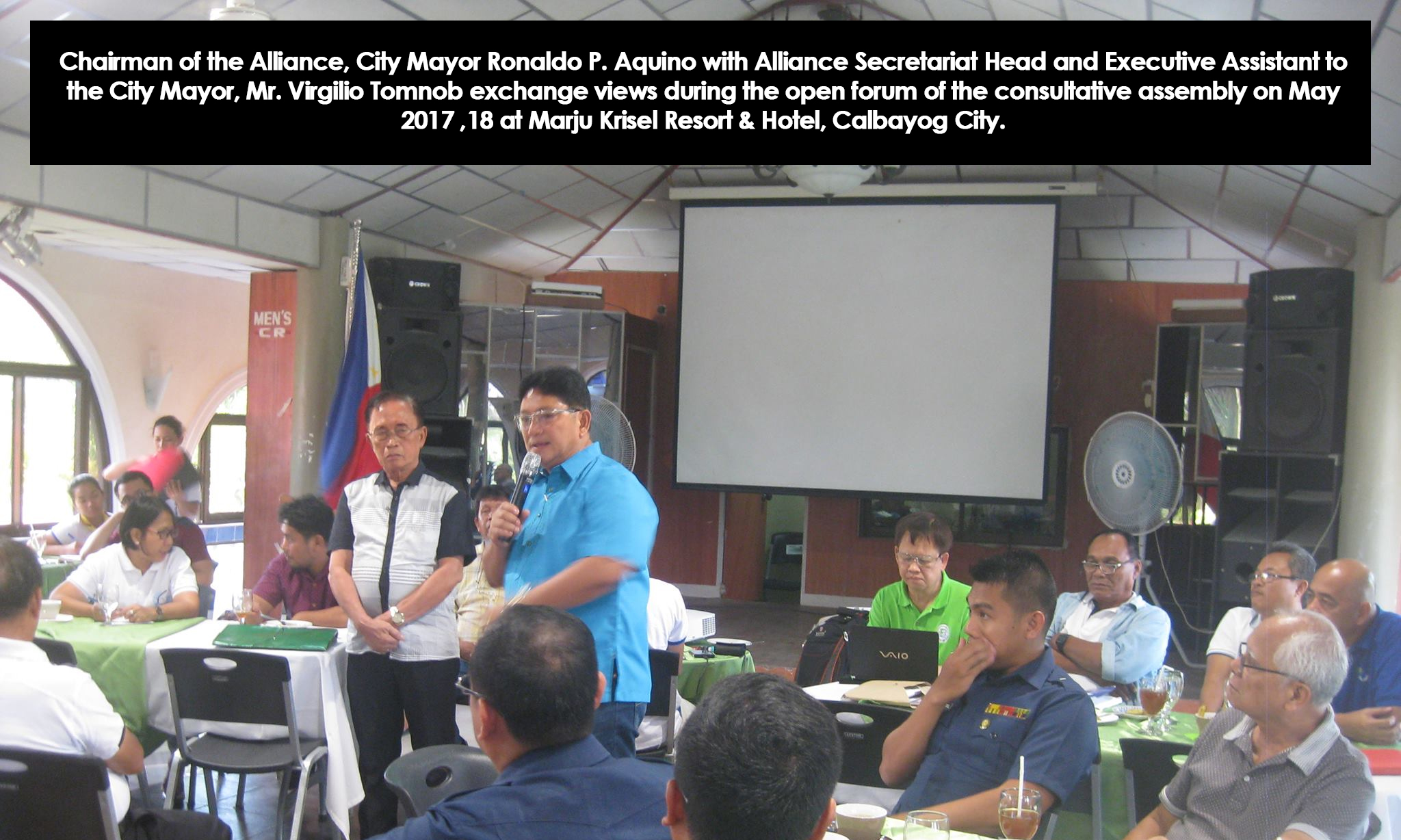 The Fisheries Code, as amended, defines, among others, that territorial waters of LGUs include marine waters “between two (2) lines drawn perpendicular to the general coastline from points where the boundary lines of the municipality touch the sea at low tide and a third line parallel with the general coastline including offshore islands and fifteen (15) kilometers from such coastline.”

Prohibitions and Penalties in Chapter VI of Republic Act 10654, particularly second paragraph of Section 86 include that “except in cases specified under the code, it shall also be unlawful for any commercial fishing vessel to fish in municipal waters.”

“Where two (2) municipalities are so situated on opposite shores that there is less than thirty (30) kilometers of marine waters between them” as in the case of Samar Sea, Mayor Aquino, during an interview, explained “that the members of the alliance are not making its own laws to be implemented along Samar Sea but are rather making an agreement, binding themselves together and committing to each other for the full implementation of the Fisheries Code particularly against commercial fishing and/or fishers within Samar Sea and the use of active fish gears farther than the 10.1 kilometer area from respective shorelines of the LGUs.”

“While, as allowed by law, the local government units in the alliance may have to pass specific ordinances for regulations with corresponding fines penalties to be imposed for violations committed by fishers and/or operators within Samar Sea, such will be made adaptable, applicable and valid in all local government units in the alliance surrounding Samar Sea for effective implementation of programs intended to rehabilitate, protect, preserve and manage for the sustainable use of our marine resources,” Aquino emphasized. 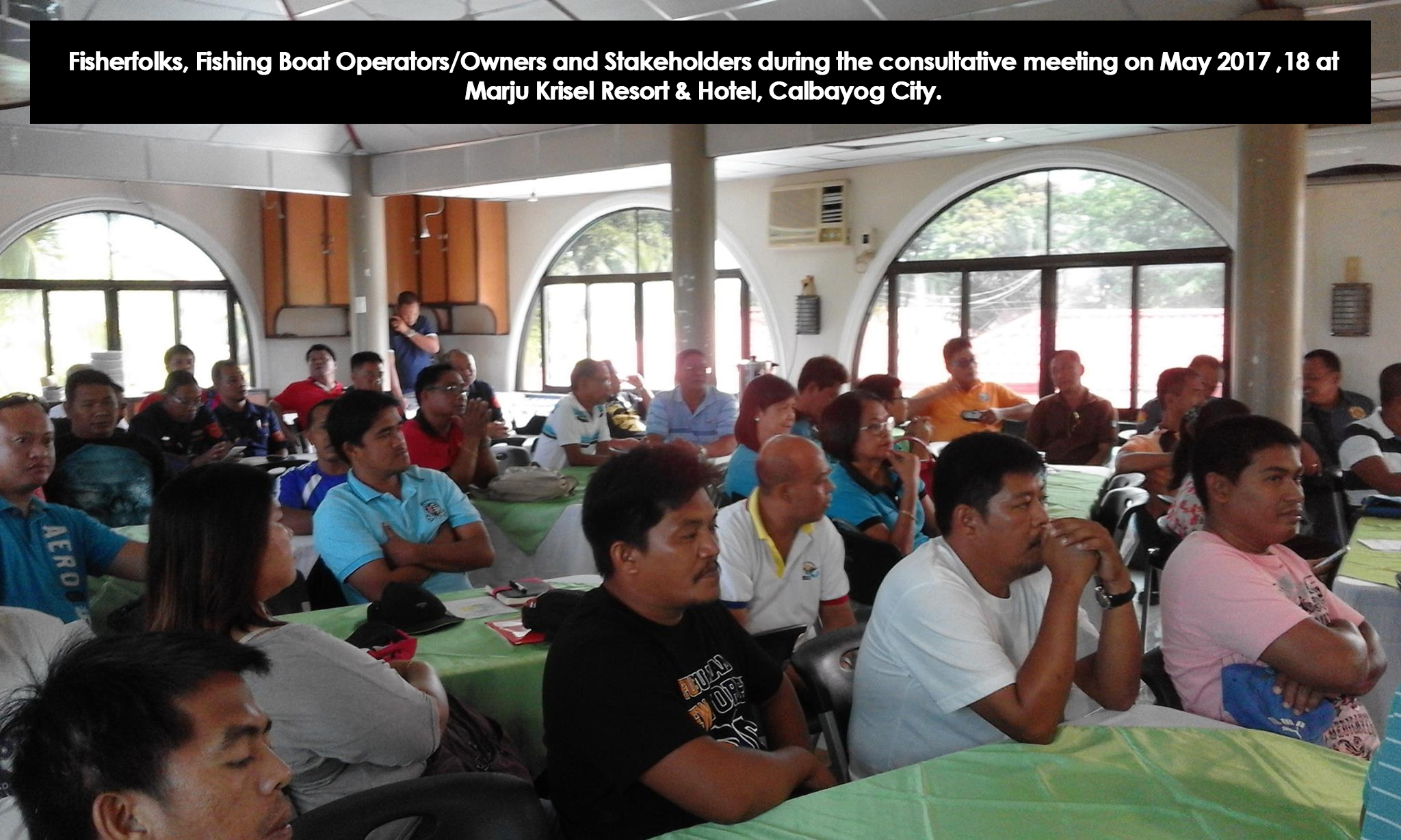 Along with the implementors in the Bureau of Fisheries and Aquatic Resources (BFAR) and stakeholders, the alliance, in 2014, started with only seven of the LGUs around Samar Sea – one of them is Calbayog City joined by six Municipalities of Almagro, Sta. Margarita, Sto. Niño, Tagapul-an, Daram, all of Samar Province and Biliran’s Maripipi. Four other local government units - Catbalogan City and the three municipalities of Tarangnan, Gandara and Zumarraga followed to be included in the group on October 2016. The municipality of Pagsanjan also connected with the alliance just this year. There are now a total of twelve (12) LGU-membership in the alliance.

“Looking at ourselves – the local government units - as one big family helping one another to ensure that the generation after us will still benefit from the wealth of Samar Sea, we should all be aware that working for the rehabilitation and allowing the regeneration of our marine resources is a collaborative effort that will involve practically everyone in the community, particularly our fishermen,” Aquino concluded. 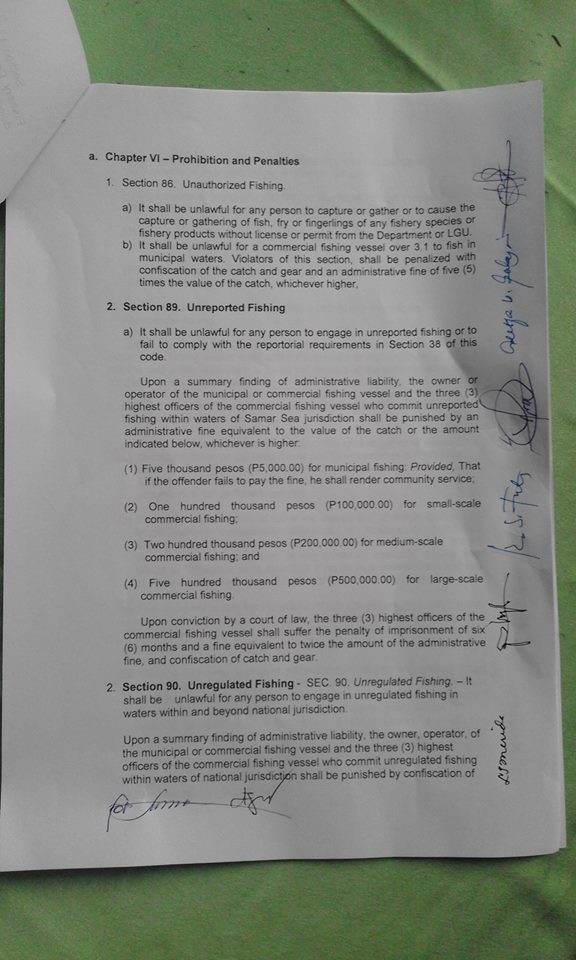 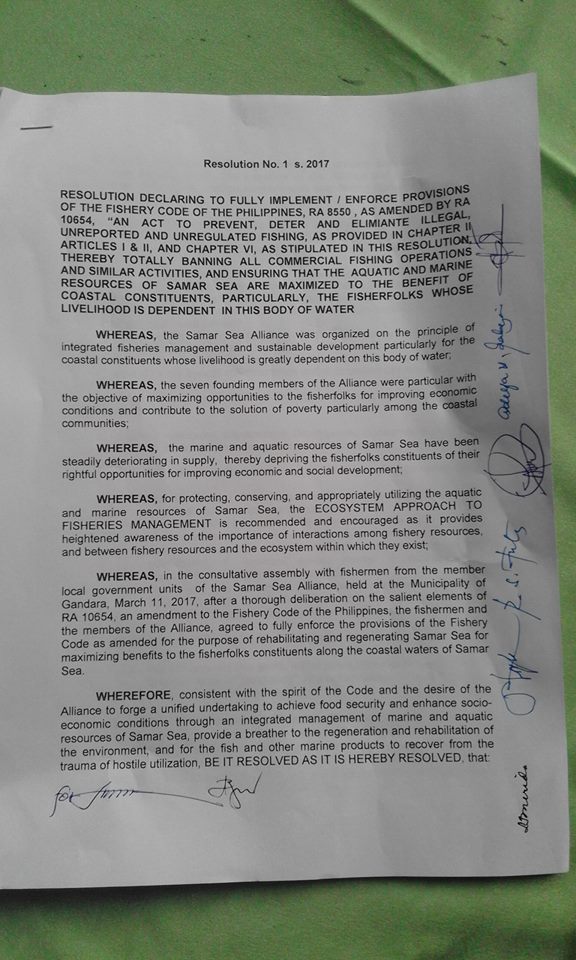 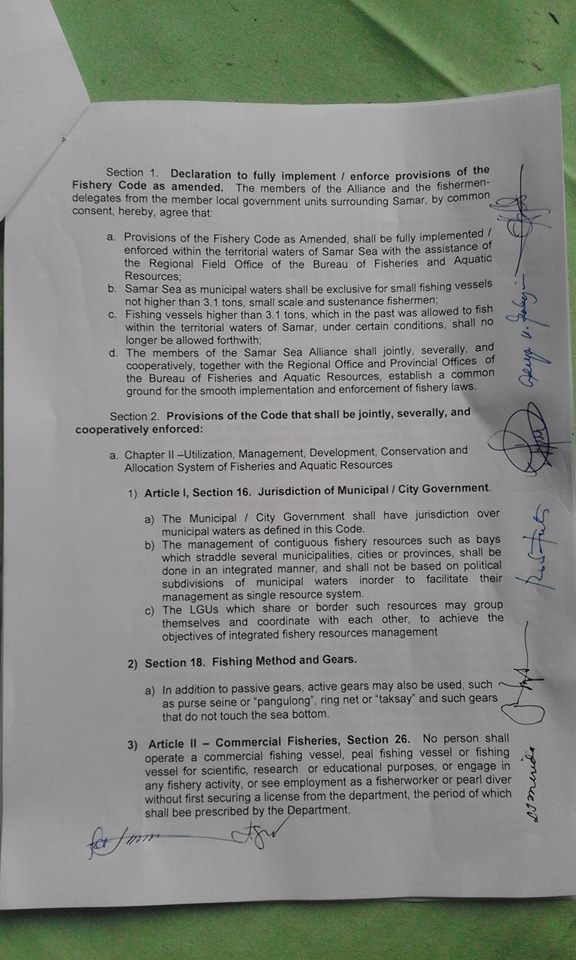 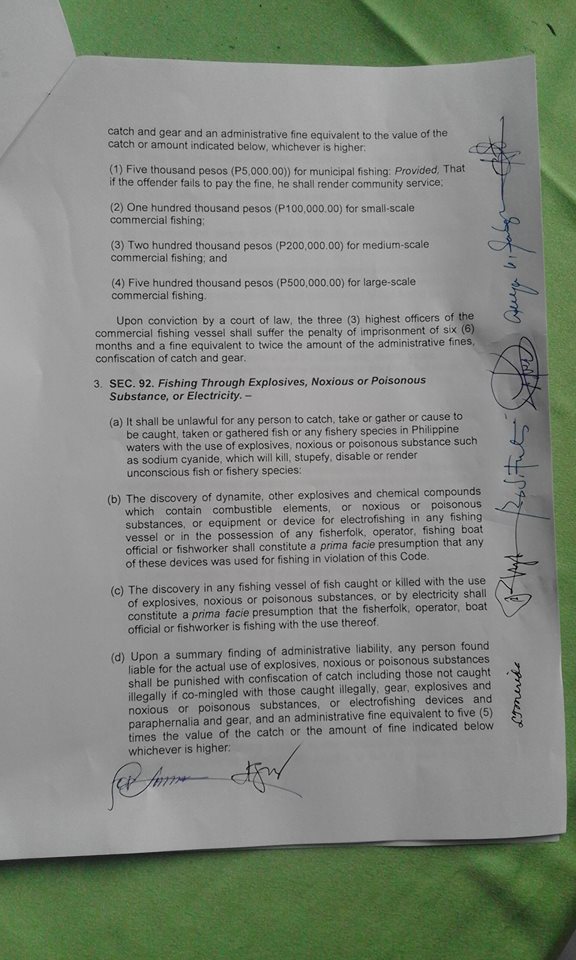 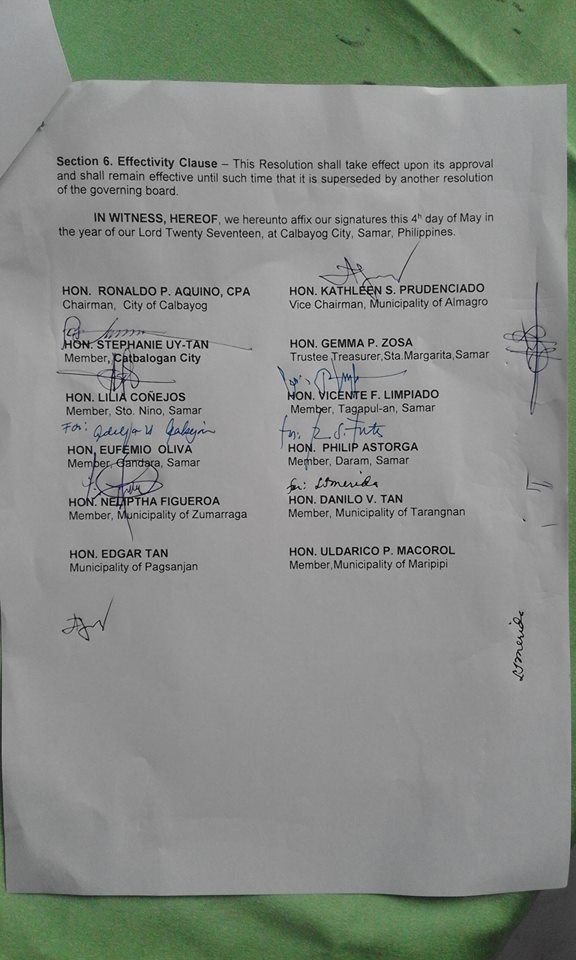 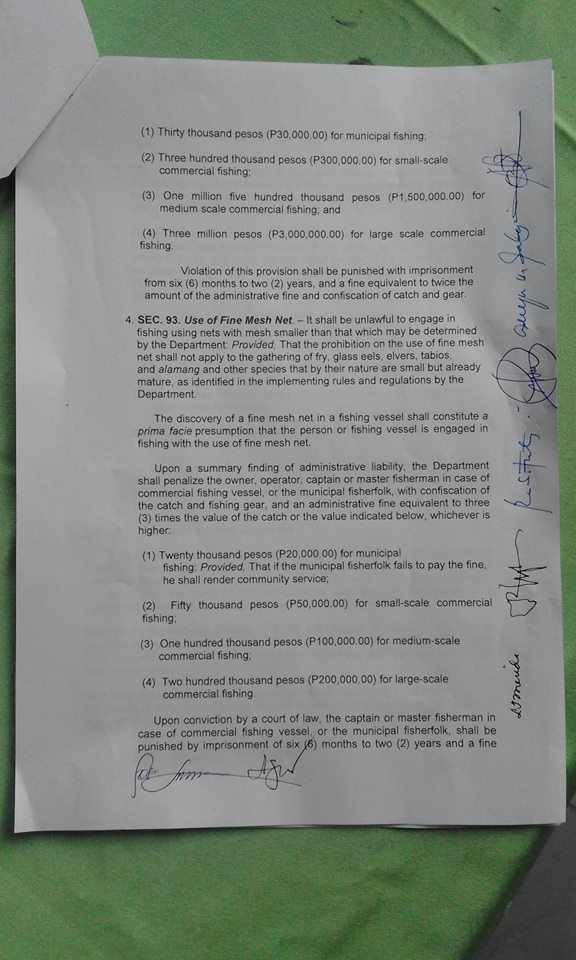 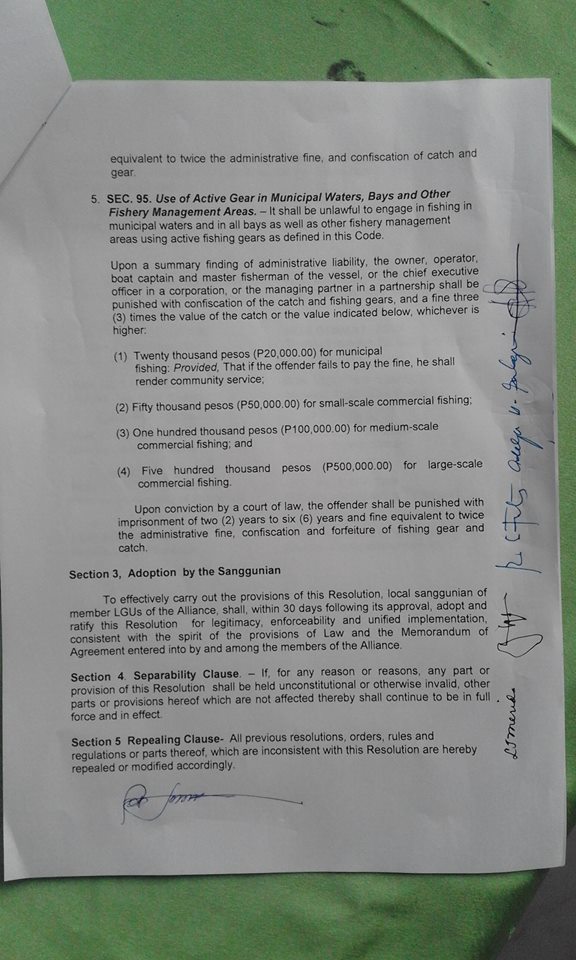 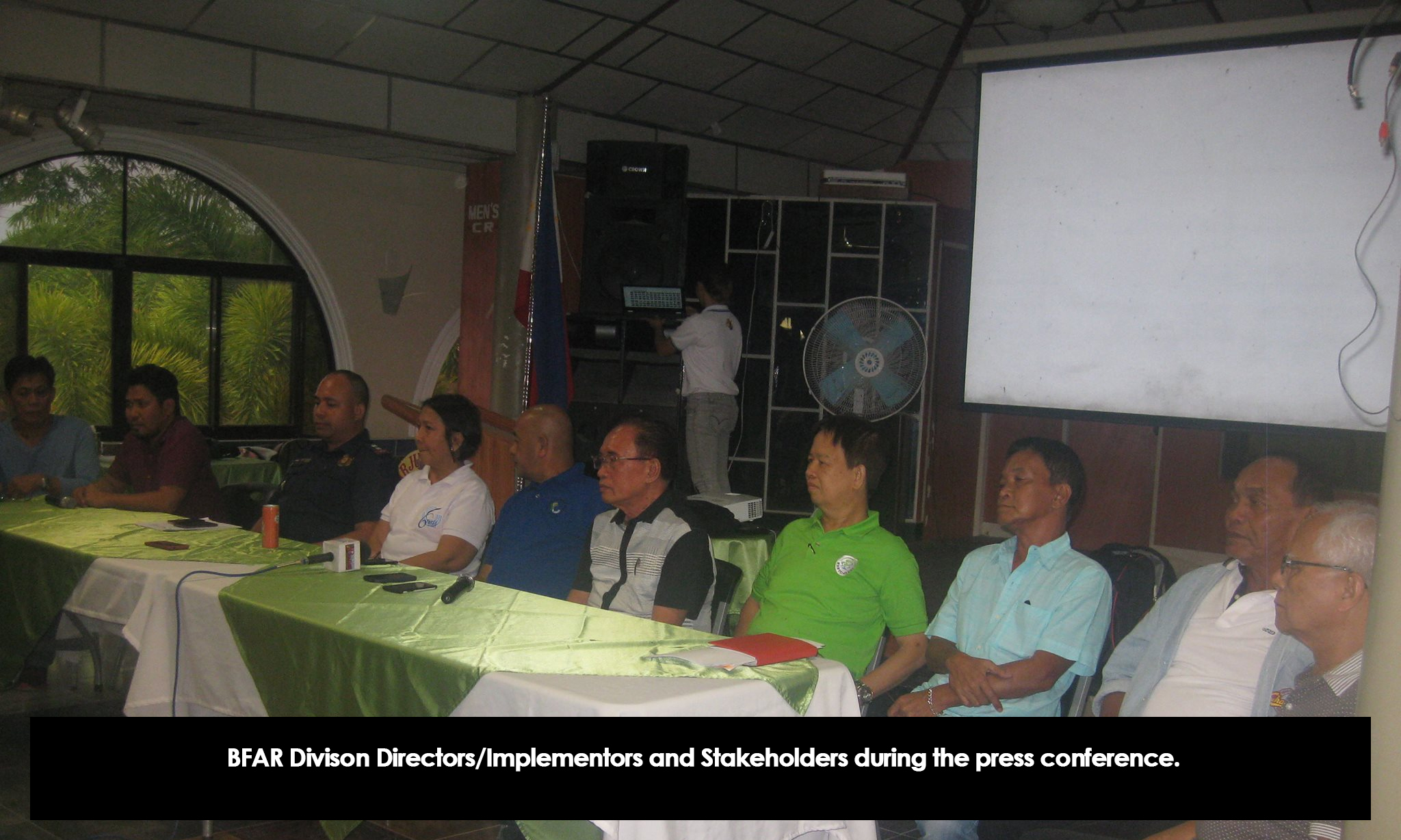 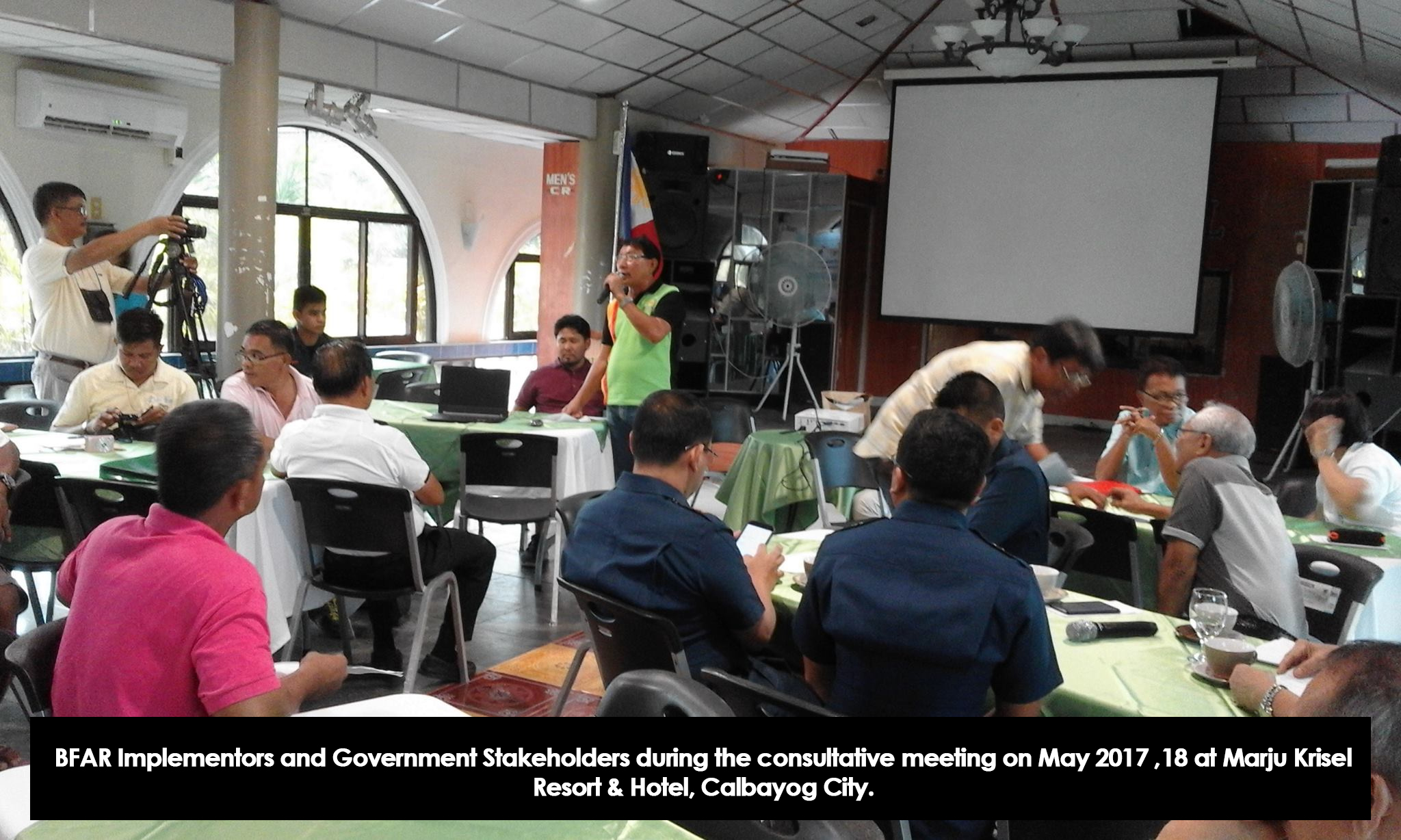