It is not the usual point of view by which a tourist might expect from a particular destination. That is not to say that Calbayog City and Samar province do not possess awe-inspiring vistas, endowments from Mother Nature, and comfortable visitor facilities. In fact, they do. And outstanding hospitality, I might emphatically add. We have more than an ample share of such bounties. These have always been there, undiscovered by heretofore scant stream of visitors; almost inert and unminded by potential local business interests; and developmental prospects even taken for granted by local gentry.

Welcome change has, however, crept in. Change is now in vibrant crescendo.

Observing, seeing and feeling such a third world community rising to meet the opportunities and challenges of economic growth, partaking and enjoying 21st century accoutrements has its own particular tourist allure. It is an altogether different visitor point of view that I will hazard to say is in need of calibrated promotions both by local government as well as by the dominant commercial interests.

Indeed, it becomes better and best when a pleasure trip is mixed with a search for venues of investment, for new business opportunities, and for retirement relocations. It is to be noted that new wealth created in and for the Calbayog community was spurred by entrepreneurs who some fifty years ago were pioneering risk-taking new comers, themselves. There is still much more that awaits the bold and the imaginative entrepreneur.

HOW DO YOU SPELL PROGRESS?

Calbayog and the province fronting the western coast of Samar island are now in readiness, offering economic opportunities to investors and managers of businesses in search of new wealth.

My annual pilgrimage to the good old, beloved hometown and home grounds (usually exclusively devoted to visiting kin and recharging emotional batteries) has failed to give due notice to the sights and sounds of pulsating commerce. This time around, however, pieces of evidence abound that are truly unmistakable. You simply cannot miss them. They all spell P-R-O-G-R-E-S-S !

All of a sudden, hotels and inns are opening for business. Both in town and in resort areas. These are sure signs of an inflow of visitor interest. For international tourist grade accommodations, there is the seaside ‘Ciriaco,’ and the smaller, recently opened BayPark. Both equipped for conferences as well. For a seaside retreat and hideaway, there is the seven-suite Coral Reef Resort (Barangay Ba-ay) about 25 kilometers north of Calbayog proper. Another venue to watch out for is a small natural cove, some half a kilometer wide endowed with a pebble beach and crystal clear waters. This in Barangay Ba-ot, under construction. I regard Ba-ot to be superior to Punta Baluarte in Calatagan, Batangas, which I have frequented in the past long, long ago.

The western coastline of Samar Island is not known for its beaches. If one is in search of Boracay-like or Palawan-like nature’s wonders, we do not have them. But there are sea dive sites and fishing action with actual fishermen doing their nightly runs. Calbayog is also known for its waterfalls, caves and undeveloped hot springs. These are areas that deserve the attention of development entrepreneurs. Serenity retreats, physical and spiritual wellness enclaves, perhaps, may just be waiting for investors.

For the casually curious as well as the seriously serious, there is a wealth of useful information, in various websites, available through the Internet. I urge you folks to browse, learn and be enticed.

A 12-km diversion concrete road bypassing the principal poblaciones of the city and barangays along the Maharlika Highway is now open to traffic. Along its stretch, inevitably there will be real estate developments as the city mandates public transportation, not requiring a poblacion pit stop, to utilize the diversion (Tacloban is 180 kilometers to the south) for its passage through.

Along the stretch of the Maharlika Highway traversing the north-south length of the city are roadside hillocks being carved out for construction aggregates such as gravel, boulders, sand and soil. Visual tell-tales that there is a construction boom, apart from highway widening and rebuilding/retrofitting of bridges.

Samar is said to have the most navigable rivers in the Philippines. Moving ‘iraya’ (rowing inwards towards the hills--the opposite, seaward, being ‘ilawud’ ) are exotic rivers still pristine, without the godawful detritus and flotsam of the world’s longest and largest septic tank, the Pasig river!

The extension of the airstrip, finally, will now proceed in order to be able to land and service jet aircraft, thus increasing visitor traffic via air travel. Utilities (electricity and water) and health services (4 hospitals ) are all reliable. 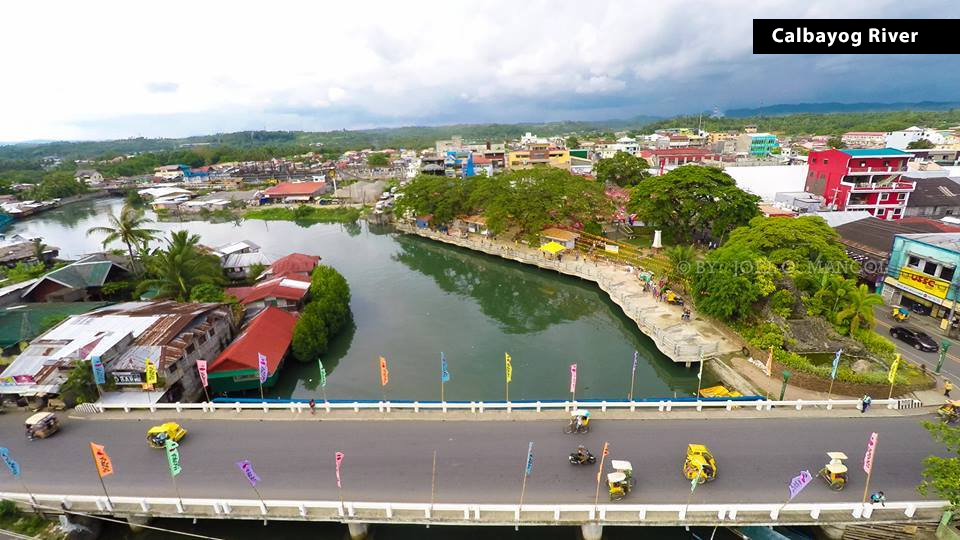 Aside from a dozen banks already in operation, both BDO and China Banking will be opening branches soon. A Toyota dealership with a huge building housing a show room and service facilities is now in its finishing stage at the south end of town.

Visible from the air as well as from the sea is a concrete monolith that will house the Gaisano Grand Mall. It occupies what used to be two commercial blocks, traversed by the old provincial road and bridge, where the public market and other city-owned retail store structures used to be. This is in addition to another Gaisano Metro Supermarket/Department Store now in operation. Robinson’s also has a huge undeveloped commercial land. That Gaisano Grand Mall structure is most probably the single largest structure in Region VIII. It will stand as the monument to the Calbayog community’s capacity for economic growth. 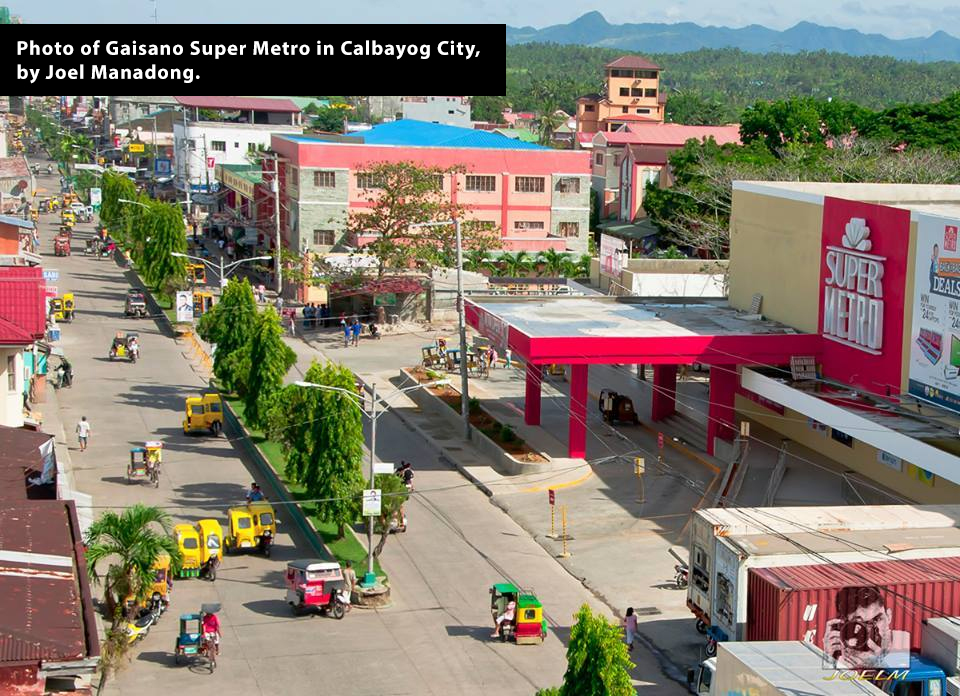 Samar island in terms of commercial opportunities and economic growth has been underrated. In fact, it just might be possible, not exactly hyperbolic, that there might now be more original Samareños away from Samar than there are remaining. And those who have been away as expatriates in foreign climes may just be irresistibly attracted to the changes and transformations now happening back home.

Basically, it is undeniable that Samar did have, once upon a time, a reputation for being within the archipelago’s “typhoon belt.” Happily, over many decades since the 1950s, this climatic fame is now passe. Parts of Northern and Eastern Samar may still be buffeted during unseasonal occasions but for Samar province itself, climate re-direction has become a boon that awaits economic enterprise.

From a reasonable perspective, the devastation wrought by super typhoon Yolanda upon Tacloban and environs on November 8, 2013 may have enhanced the potential commercial attraction that has benefited Calbayog, as a happy aftermath.

You see, in the morning after Yolanda/Haiyan blew bedlam, wreckage and chaos over a wide swath of land a 180 kilometers to the south, when Calbayog was declared to have been irreversibly spared from nature’s wrath, a Thanksgiving Mass was celebrated in the plaza fronting City Hall. Forthwith, under the leadership of Mayor Ronald Aquino, all the disaster relief supplies that were in total readiness to be harnessed for local succor, had it come to that because Calbayog’s City administration was totally prepared in compliance with national mandate, were dispatched to Tacloban. At least four truckloads were sent off along with civilian volunteers and police personnel to assist and secure Tacloban wherever they could. 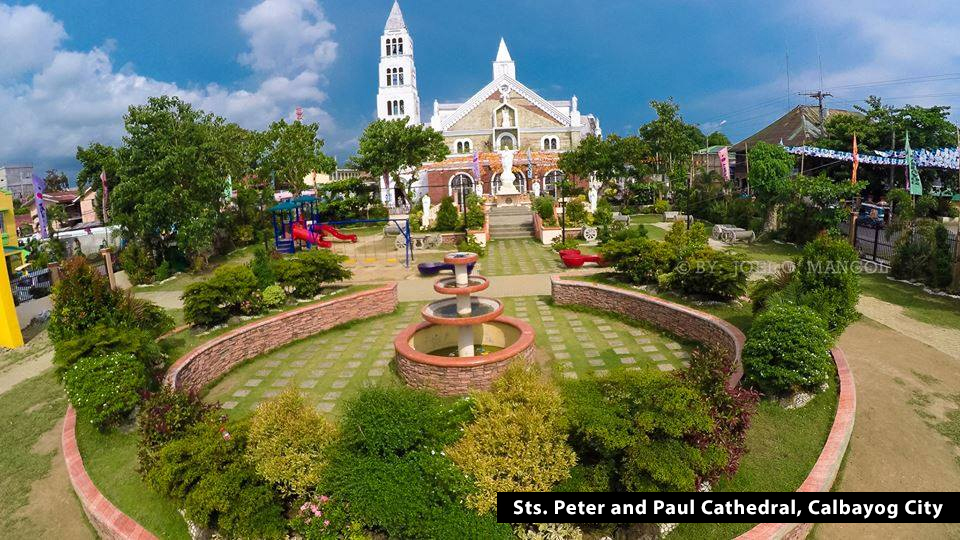 Calbayog City was truly the very first responder to Tacloban’s disaster, contrary to press release claims by a Bicolano governor.

Corollarily, well-off Tacloban families seeking temporary refuge ‘discovered’ Calbayog to be the nearest hospitality haven. Of course, there were those who fled to Cebu and Manila but Calbayog hotels and inns experienced full occupancies for weeks.

I like to tease my Cebuano friends. Ribbing them that they killed their first ‘tourist!’ Remember Magellan? Slain by Lapu-lapu! On the other hand, Samareños have been engaged in the happy practice of hospitality since 1521! A few days after March 16, Magellan (and chronicler Pigafetta) were feted with friendship and coconut wine (tuba!) before sailing on to Limasawa and Cebu.