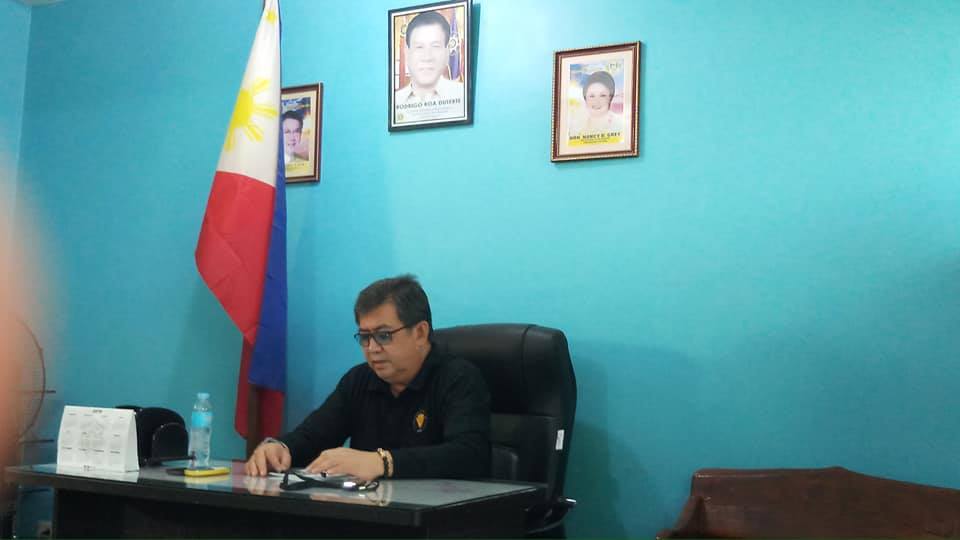 SAN JORGE, SAMAR - For San Jorge Mayor Joseph Grey, son Francis is a cannon let loose by his political opponents targeting him, his friends and political allies in the coming May 2019 elections.

Mayor Grey was reacting to the latest video posted at YouTube of his son Francis, who is currently detained at Samar Provincial Jail for the murder of Punong Barangay Romulo Barcoma of Brgy. Mahayag in San Jorge months before the local elections in 2016.

Francis tagged Samar first district congressman and re-electionist Edgar Mary Sarmiento as one of the 4 people who are behind the alleged drug operations and killings of political opponents in the first district of Samar. In his earlier statements, the young Grey accused Calbayog City Mayor and re-electionist Ronaldo Aquino and retired Army Colonel and Samar Gubernatorial Candidate Emil Zosa as protectors of illegal drug trade and are also involved in the killing of Barcoma . Both Aquino and Zosa denied the allegations, and were never formally charged for the alleged offenses. . Francis also later implicated his own father in the alleged political killings not just in the 1st district of Samar, but also as far as Northern Samar.

In a hastily-called press conference at his office last Saturday, Mayor Grey vehemently denied the latest statements of Francis. Grey said that his son is being used by the political family of the Tan, particularly by Samar 2nd district Representative and currently running for Governor Milagrosa Tan for their own political agenda.

According to Grey, he knows and are friends with both Aquino and Zosa even before they all entered politics and vouched for the integrity of both, while all Samarenos, he says can attest to the good name and public service records of Sarmiento and his brother, former Local Governments secretary Mel Senen Sarmiento.

Grey also scored the Tans for using his son for their political agenda. Milagrosa is gunning for a return as Governor of Samar against Zosa, swapping places with her daughter incumbent Samar governor Sharee Ann Tan who is running for her mother’s position as 2nd district representative. Son James Stephen Tan, incumbent Vice governor is running against Sarmiento as 1st district representative.

Grey said that the use of his son by Tan’s camp to besmirch his and his allies’ name is a desperate move by the Tans, who are already feeling the “turning of the tide,” against them. The Tan matriarch was earlier convicted by Sandiganbayan of 8 counts of graft and malversation of public funds and sentenced to 115 years of imprisonment. Tan has appealed her conviction with the Supreme Court.

Mayor Grey also apologized to the people who were offended by his son’s allegations. He also called on the people of both the 1st and 2nd district of Samar to be more discerning of whom to vote for.(CJ/ESLim)