Story and Photo By: ELEEN LIM 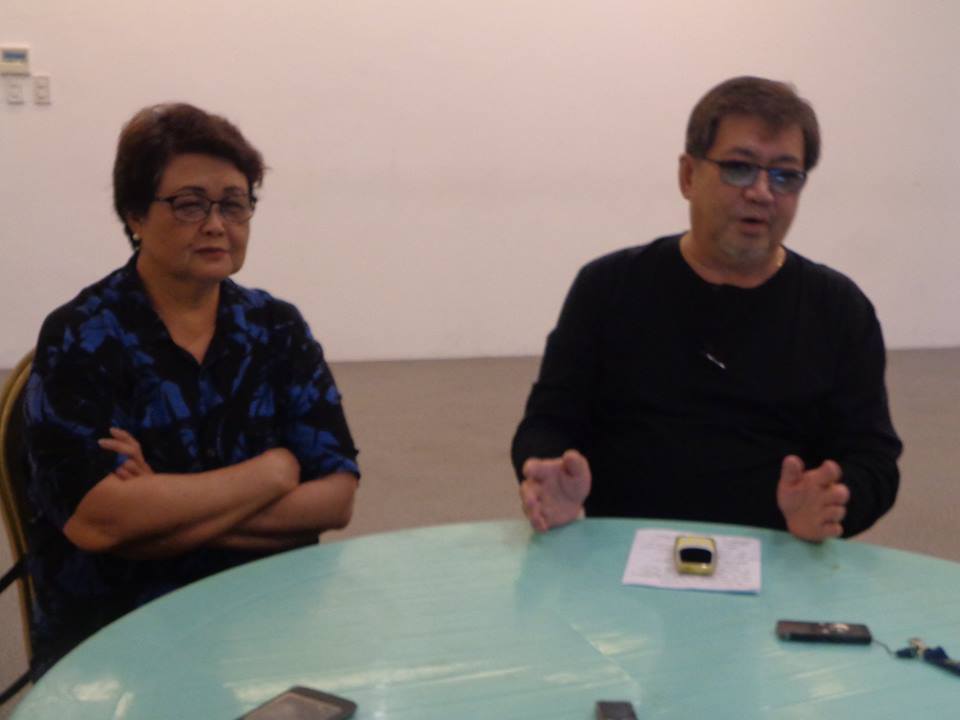 CALBAYOG CITY - ”Definitely, (not true), I know these people!” This was the firm statement of San Jorge Town Mayor Joseph Grey when asked about his reaction to an earlier statement made by son Francis against Samar Gubernatorial candidate Emil Zosa and Calbayog City Mayor Ronaldo Aquino.

Francis, who was earlier arrested in Cavite due to a standing Warrant of Arrest for murder, blurted out in an interview with Tacloban media that Zosa and Aquino are protectors of illegal drugs and are also behind the killing of Punong Barangay Romulo Barcoma of Brgy. Mahayag in San Jorge months before the local elections in 2016.

In an interview with the local media a day after Francis issued the statement, Grey said that he was surprised at his son’s allegations because the names of Zosa and Aquino are not even mentioned in the case for murder filed against Mayor Grey, his sons Francis and Stephen, and a security aide. This case arising from the killing of Barcoma has long been dismissed for Mayor Grey when it was proven that he was in Manila attending official functions as then Vice Mayor, but not for his sons and aide. They also filed a motion for Reconsideration with the DOJ, but that hasn’t been resolved up to now, says Grey.

As for Zosa and Aquino’s being “drug protectors,” Grey said that they have known each other even before they entered politics and vouched for their integrity, and belied his own son’s allegations against the two.

Grey, however said he understands why Francis issued such accusations. Ever since Francis was arrested and subsequently brought to Cavite Provincial Police Office, then transferred to Imus City Police Station, then to Camp Karingal in Quezon City, and finally to the Samar Provincial Jail, he has been held incommunicado, according to Grey, and not even their lawyers have been given access to him.

Grey said that it was a certain Capt. Tabada, a close associate of Samar Provincial Police Director Nicholas Torre who fetched his son from Imus Police and brought him to Camp Karingal, while waiting for Torre himself to fetch Francis and bring him back to Samar.

Grey also suspects that his son was being drugged while in police custody in Camp Karingal, and was under duress when he signed a document linking Zosa and Aquino to illegal activities in Samar.

“Under duress siya, wala siyang magawa. That’s why I can understand the situation of my son right now, uttering so much words...napansin ng kapatid ko na parang he (Francis) was under the influence of drugs while in Karingal. Maybe he is being drugged to talk, at parang ang bait (ng mga pulis) sa kanya.”

Mayor Grey also suspects that politics is all behind this series of events and his son is being used to ruin the image of both Zosa and Aquino, both political allies. Zosa has recently filed his Certificate of Candidacy as Governor in the province of Samar, facing off squarely incumbent 2nd district Representative MIlagrosa Tan who is under preventive suspension by the Sandiganbayan for Graft.

Mayor Aquino on the other hand, is vying for his last term in this city whose billion- peso Internal Revenue Allotment is just a few million pesos shy than that of the province. Attempting to edge him out from the position is former City Councilor Raymund Uy, a close associate of the Tans.

Police Provincial Director Torre, himself, has also been accused of supporting and protecting the Tans- which, aside from the mother Milagrosa, include incumbent Provincial Governor Sharee Ann Tan and Vice Governor Stephen James Tan. Torre was earlier declared as “persona non-grata” by the City of Calbayog.(CJ)