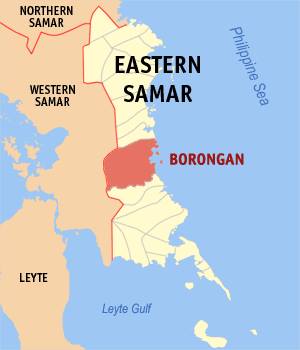 BORONGAN CITY – Associate Justice Ma. Therese Mendoza-Arcega of the Sandigan Bayan Fifth Division in March 21, 2017 issued a warrant for the arrest of Acting Mayor Fidel Anacta who at three o’clock in the afternoon of March 31, 2017 voluntarily turned himself in to Acting Borongan Police Chief, Police Superintendent Dionesio Maestre, Jr. The Sandigan sentenced Anacta to serve 6-to-10 years of imprisonment and barred him from holding public office.

Anacta is elected Vice Mayor who has been Acting Mayor of the Municipality of Borongan since elected Mayor Fe Abunda was suspended by the Ombudsman effective March 1, 2017. 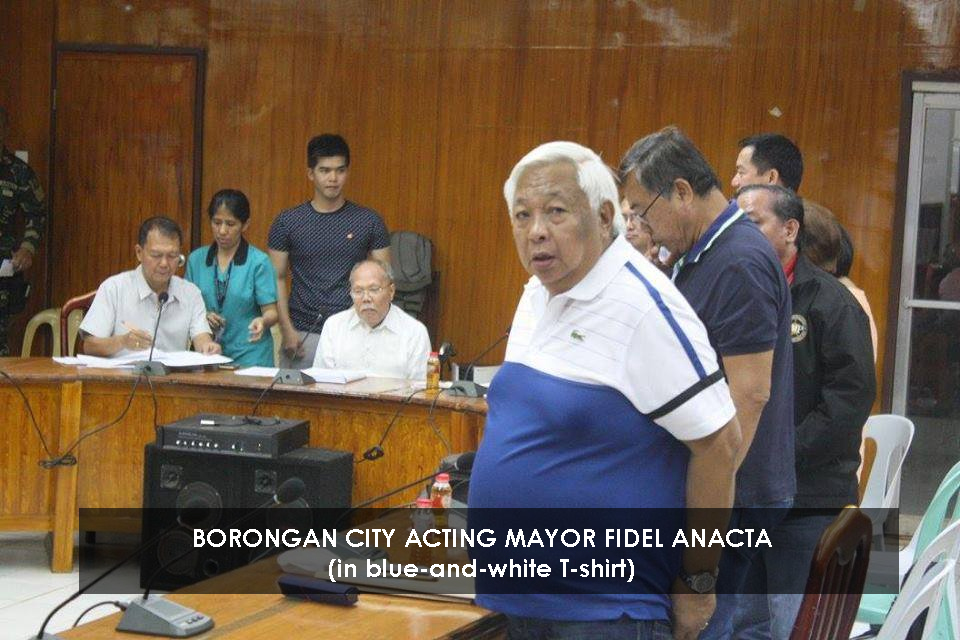 Convicted for Graft in a decision rendered by the Sandigan in October 2016, Anacta appealed the Decision in November 2016.

In a Resolution to the case written by Associate Justice Arcega in February 07, 2017, however, upheld “that the act of the accused in entering into a Deed of Sale without authority or without prior approval from the Sangguniang Bayan, to purchase a lot to be converted into a public cemetery, in the amount of Eight Million Pesos was exorbitant and unconscionable in reference to the market value assessed by the government, tax declaration and real property field appraisal and assessment sheet which are factors that could determine the just fair and reasonable valuation of the property.

The Sandigan Bayan ruled that the 16,426-square-meter lot purchased for a proposed cemetery in the year 2003 when Anacta was Mayor of Borongan (then still a municipality) was grossly over-priced at Php8.21 million when its market value at that time was only Php58,197.00. The Court stated that, added to the fact that the lot purchase was not authorized by the Sangguniang Bayan, no title of property was bestowed by the lot owner upon the municipal government when initial payments were issued.

Moreover, the Court stated that “the accused may have been propelled by good intentions. However, such good intentions should be coupled with faithful observance of the provisions and procedural requirements of the law.”

“The accused failed to allege new matters what would warrant a reversal of the said decision, hence the Motion for Reconsideration was denied. (CJ/MEL CASPE)