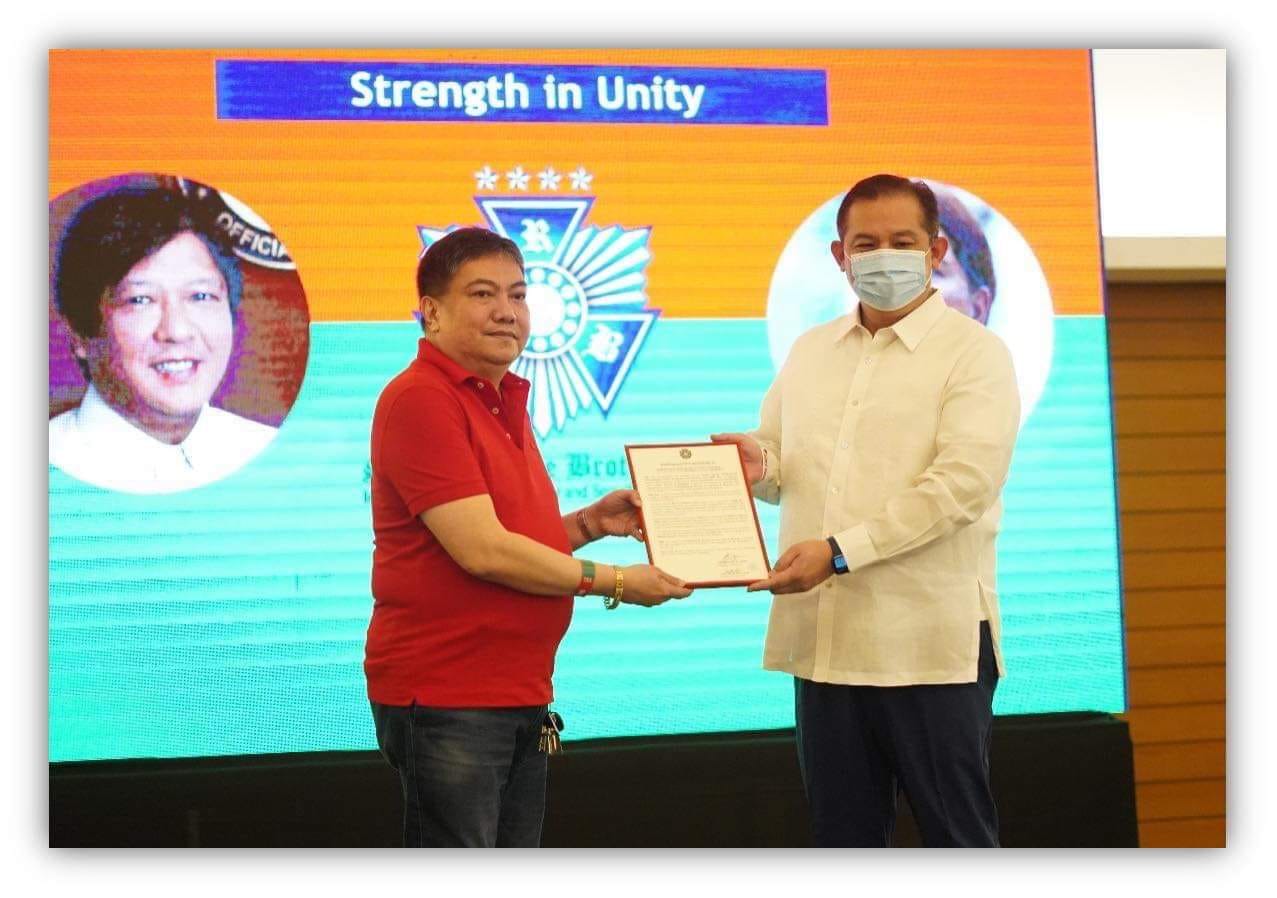 In a Manifesto presented by the SRB Chairman Emmanuel Sipin to House of Representatives Majority Floor Leader Martin Romualdez representing the Uniteam of BBM-Sara, SRB stated that it was convinced that Marcos and Duterte’s thrust in uniting the country was important in charting a productive future as the country reels from the effects of the COVID-19 pandemic.

Furthermore, SRB said that the unity platform of Marcos-Duterte was consistent to SRB’s vision of molding individuals who aspire to work in brotherhood for the betterment of society.

Under a Marcos-Duterte leadership, SRB sees Filipinos encouraged to join hands in building a stronger nation with the end-goal of improving the living conditions of our countrymen.

In his message to the event’s attendees, Romualdez assured everyone that BBM has been trained and is ready for the job of the Presidency. Romualdez added that BBM was eager to serve and, with the able hand of Mayor Inday Sara, the country can be sure of recovery and the success of uplifting Filipino lives.

SRB also vowed to support Tingog Partylist stating similarly that the countryside progress that TINGOG Partylist aspires for is consistent to SRB's vision of molding individuals who aspire to work in brotherhood for the betterment of society.
SRB’s Manifesto was received by Tingog Partylist second nominee, Jude Acidre. Other Tingog Partylist nominees are Congresswoman Yedda Marie Romualdez and Karla Estrada.

The event was hosted by Atty. Sheila Manuel, spokesperson of the United Pilipinas, the parallel group of Uniteam which is composed of 30 organizations with 2.7 million members. Also present during the event was Victor Manuel, cousin of Marcos.