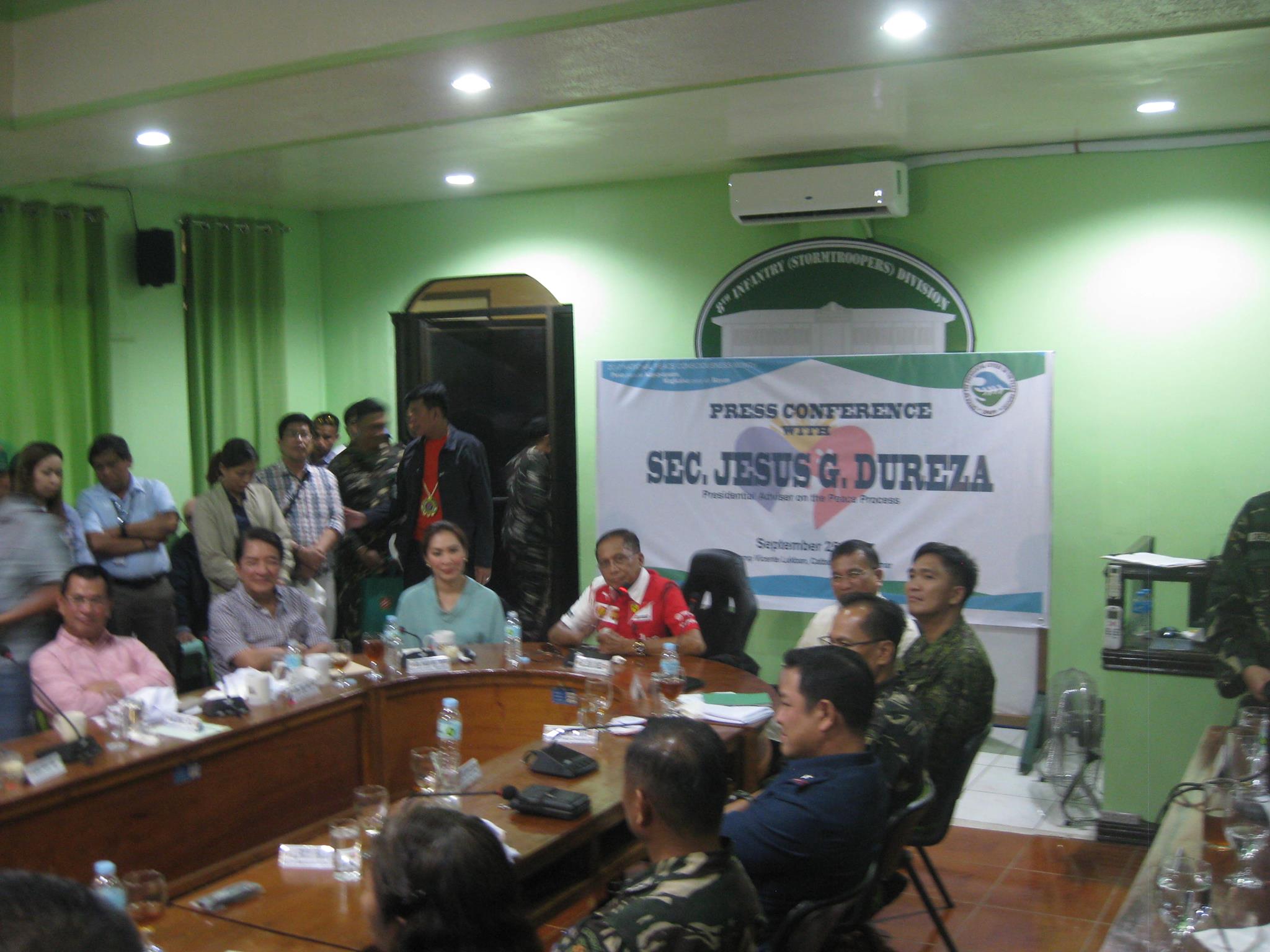 CATBALOGAN CITY – Secretary Jesus G. Dureza of the Office of the Presidential Adviser on the Peace Process (OPAPP) said that his office has prioritized the local government units (LGUs) in the implementation of programs and projects under the OPAPP and the Payapa at Masaganang Pamayanan (PAMANA).

In a press conferences held at the 8th ID Stormtroopers home, Sec. Dureza announced that while all the agencies in the government which has the capability to implement are allocated of programs and projects under OPAPP and PAMANA, his Office has issued a directive, as a matter of policy, that the local government units will be prioritized in the implementation of programs and projects.

“Even when projects are allocated to all the agencies in the government which has the capability to implement, I have also directed, as a matter of policy in the implementation, that priority should be given to the LGUs as the primary implementing arm of programs and projects,” the OPAPP Secretary said. 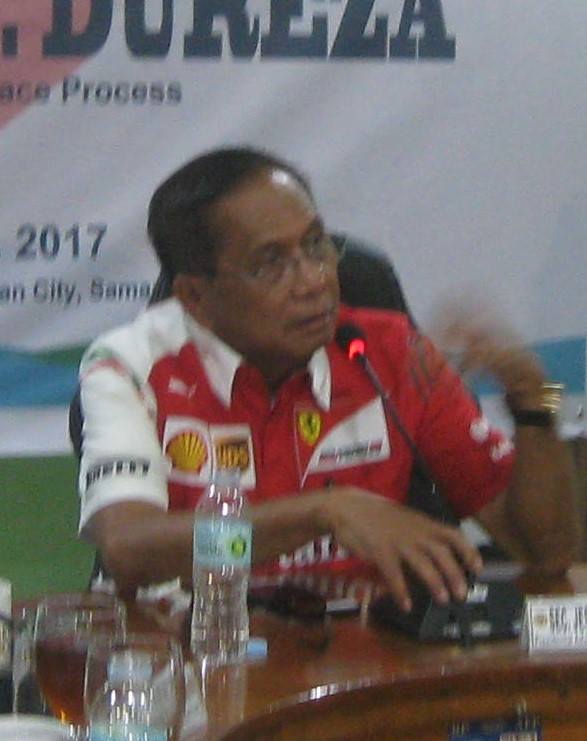 Premised on a point that every area has its own specific problem and has its own detailed way of addressing a problem, the Secretary explained “that the LGUs and its officials are the most knowledgeable about the local situation – environment and temperament in the locality - so they are best capable of identifying beneficiaries and how allocations can be equated according to the need for a particular project.”

“For example,” Secretary Dureza continued, “you create another problem when you implement a livelihood project that can be given to only 200 women beneficiaries while leaving the others asking why others are included and some were not.”

“On the other hand, if we entrust it to the LGUs, the LGUs would know how to identify and would best know how many and who among those will be beneficiaries for a particular project and the rest to another project,” the Secretary further said. 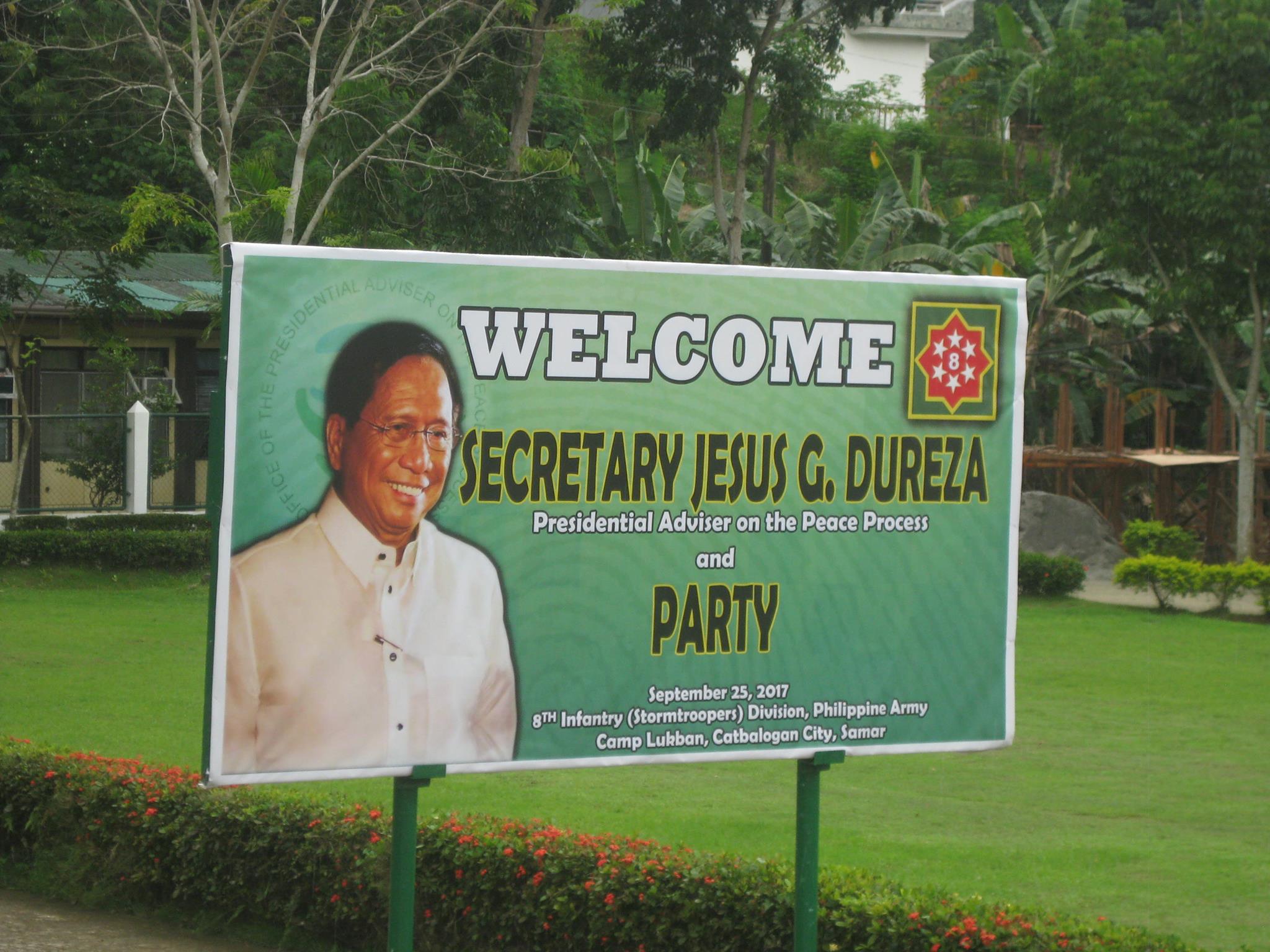 With work in the OPAPP being everything about continuing all ways and means to achieve a negotiated, just and sustainable peace, the OPAPP Head emphasized that “each one must have and do his own share and not just leave the government alone to do all the work to achieve sustainable peace.”

Construction of roads, bridges and other infrastructures all over Eastern Visayas has been going on for long. However, such endeavors of the government has not been effective in solving the insurgency problem. Neither, has agricultural project grants and livelihood enhancement assistance quenched the unrest in areas where peace and order problem thrives.

Building roads in one area and providing for livelihood projects in another may not just be the solution to the existing turmoil in conflict-affected areas. Integrating infrastructure with livelihood and agricultural projects in one program area at a time may just be responsive to quenching unrest in areas where peace and order problem thrives.
Secretary Dureza expressed hope on working along the line of integration alongside the LGUs’ submission of the Integrated Development Plan in Conflict-Affected Areas and with PAMANA being an instrument for providing assistance to conflict-affected areas that has yet to be reached.

“Peace and development should come simultaneously. While we work for peace, we should also work for development and not wait for the other to happen before doing the other,” the OPAPP Secretary concluded. (CJ/JMM)