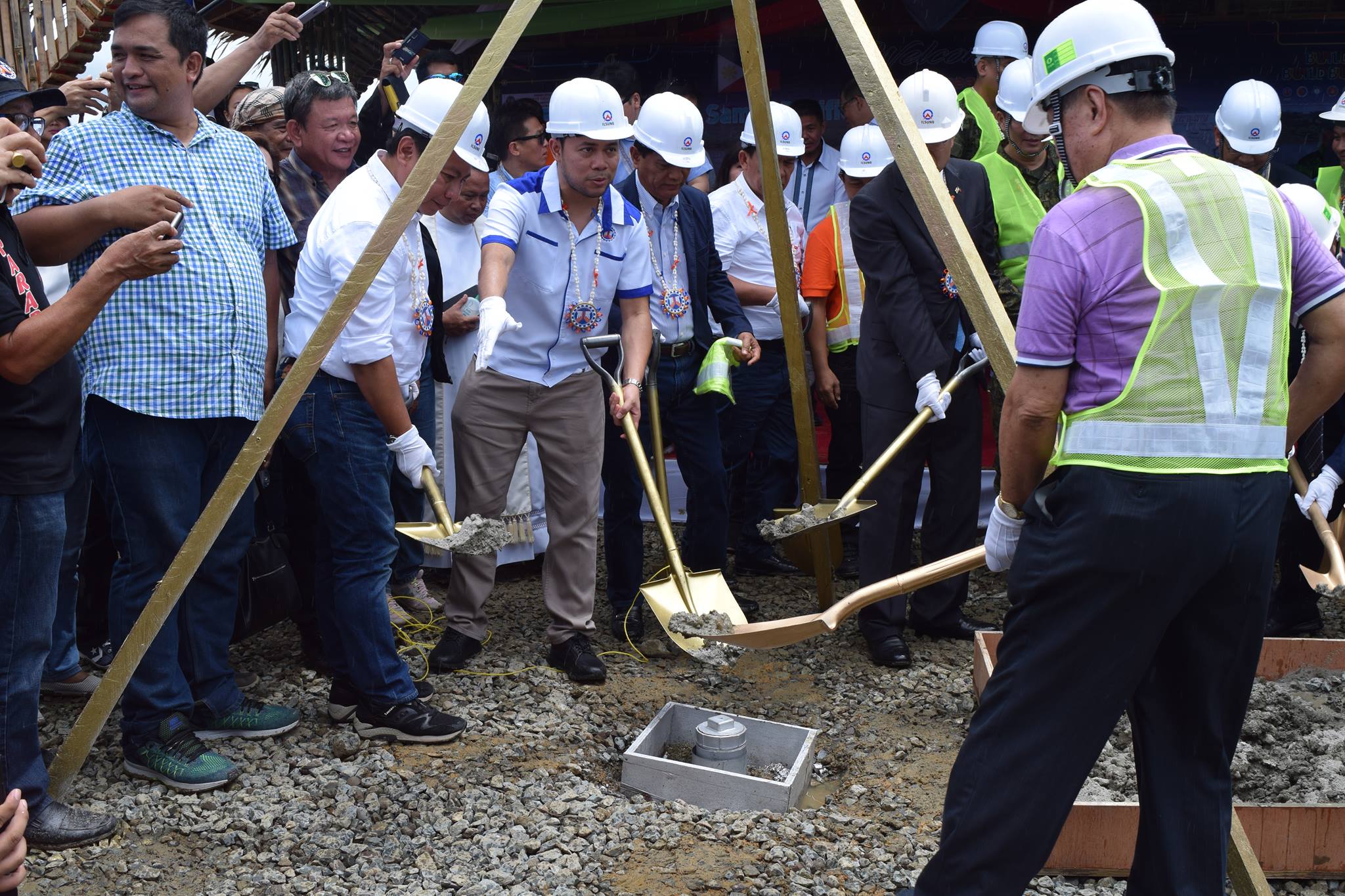 PALAPAG, NORTHERN SAMAR – Secretary Mark Villar of the Department of Public Works and Highways (DPWH) led the groundbreaking ceremony of the Samar Pacific Road Project awarded to a contractor for Php997,500,000.74 from a Php1.1B budget allocation. 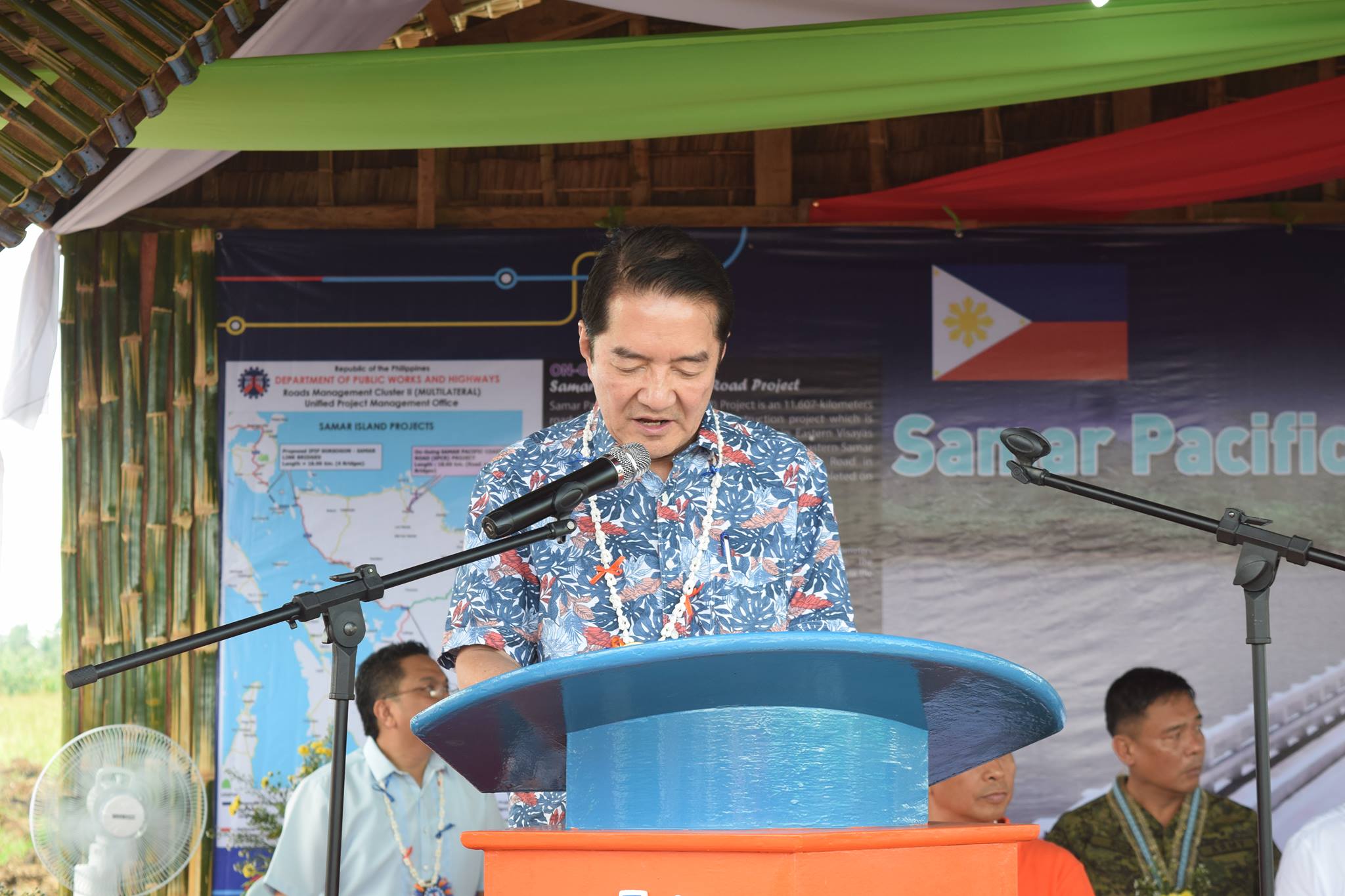 (Northern Samar Governor Jose Ong, during the ground breaking ceremony, delivers his message of gratitude and appreciation to the Korean Government and the leadership of the Philippine Government for the realization of the project.)
The attendance of DPWH Secretary during the ceremony confirmed the information sent by Emiul K. Sadain, DPWH undersecretary for Unified Project Management Office (UPMO) operations and technical services by way of a letter to Cong. Ong.

Gov. Ong first delivered his message of gratitude and appreciation for the realization of the project while Dir. Sharif Madsmo H. Hasin, Roads Management Office provided a brief information about the project followed by the messages of Amb. Dong-Man and Villar. 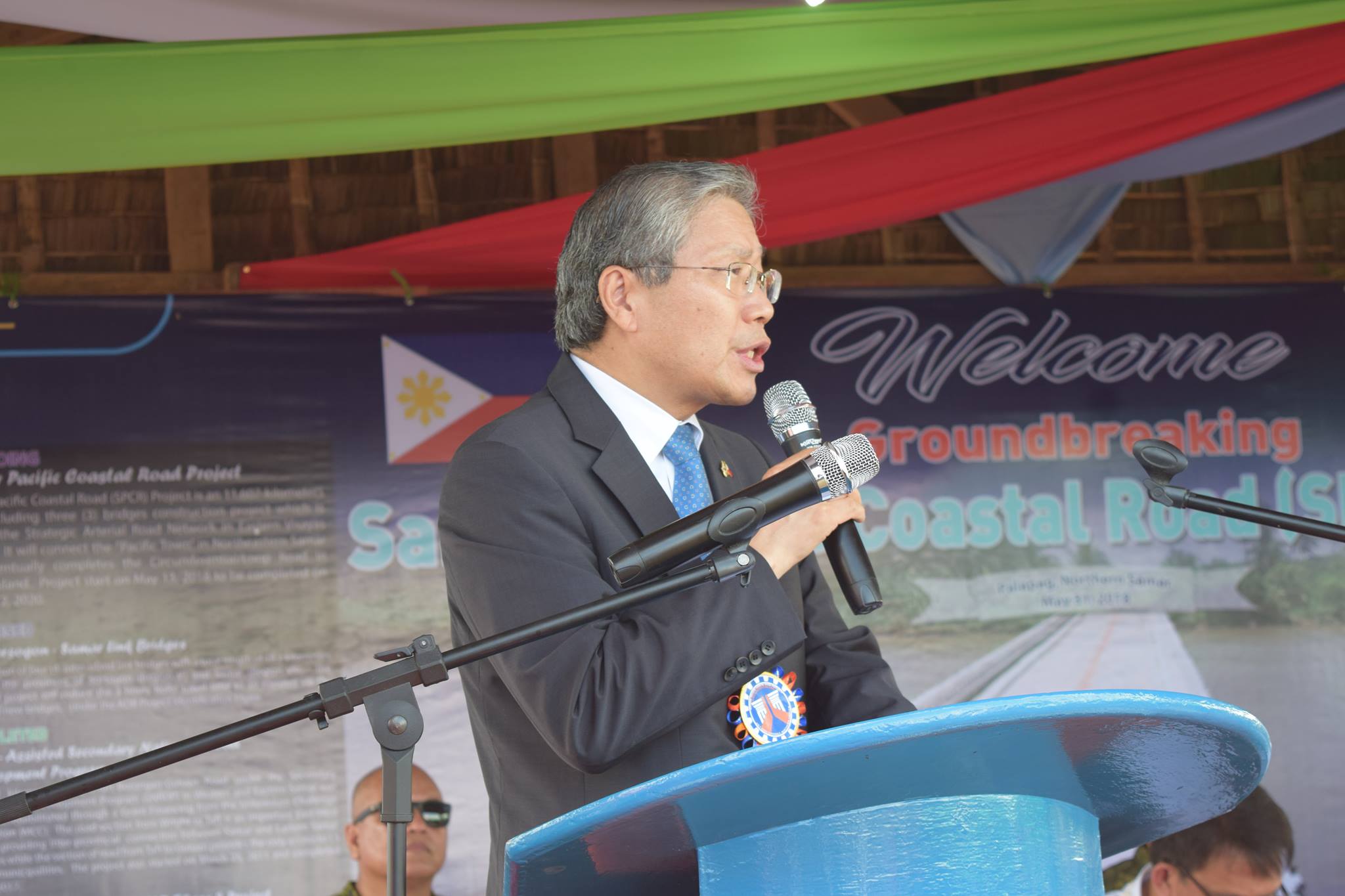 (Honorable Han Dong-Man, South Korea’s ambassador to the Philippines, inspires Northern Samar Officials and constituents in message during the ground breaking ceremony of the SPCR Project.)
The project comprises 11.60 kilometers of road construction including three (3) bridges, which will start at Brgy. Simora in Palapag town connecting the pacific towns in Northern Samar that will eventually complete the circumferential loop road in Samar Island.

“This would enhance the development of potential agricultural lands and fishing grounds in Northern and Eastern Samar provinces and facilitate the movement of goods and services by providing access to major arterial road links”, Congressman Emil Ong, Jr., informed the media.

District Engineer Briones told that the impact of this project is for the “further development of the regional industries that will stimulate further growth and reduce the high poverty incidence in the area; provide benefits to the local economy and improve the economic situation in the area resulting from an improved transportation system.” 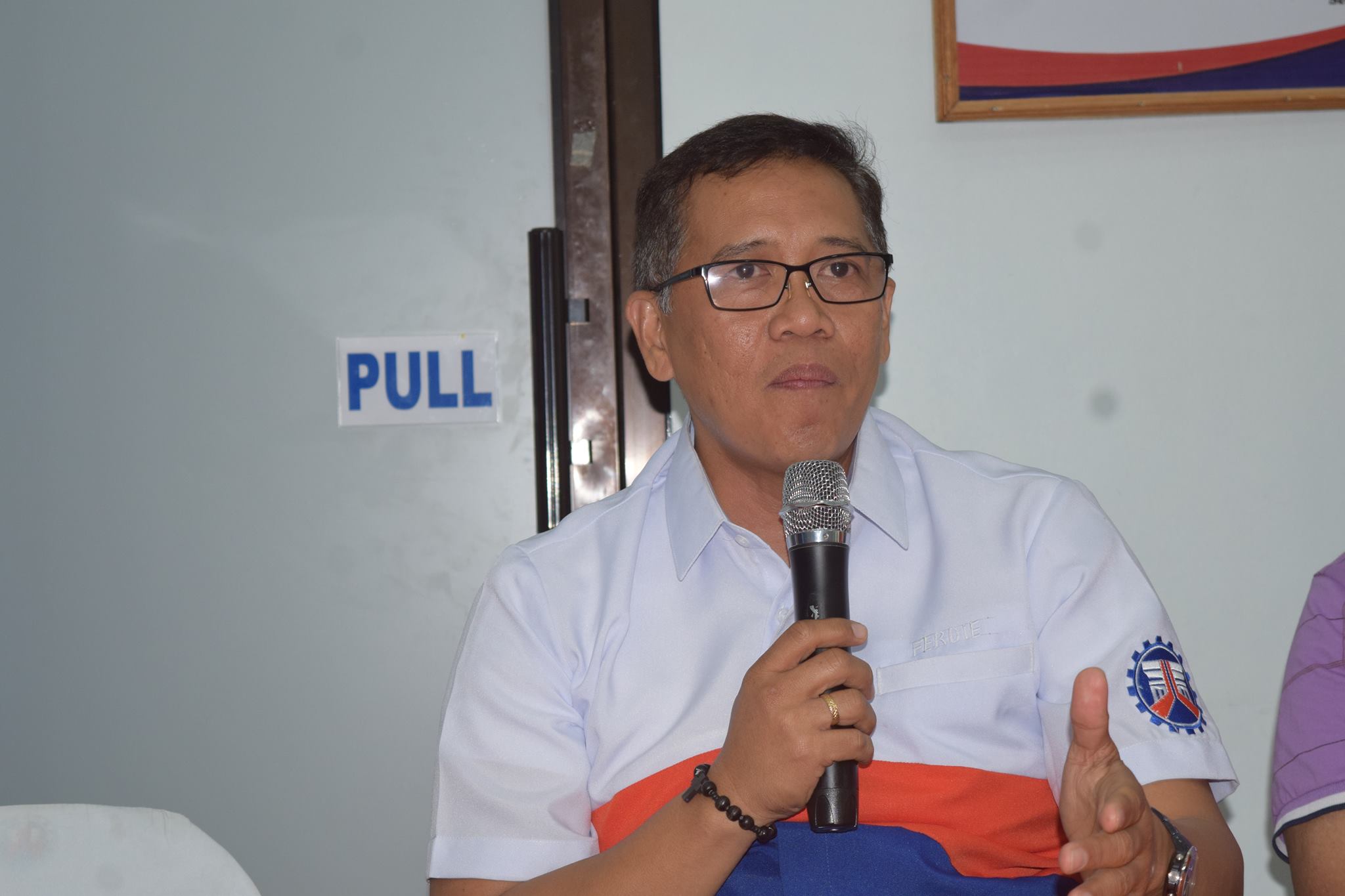 “This road project when completed will shorten travel time by 3 hours from the Municipality of Palapag and other neighboring towns to the provincial business center thru a direct and straight land trip, not to mention that road trip is much safer compared to a combo trip of crossing through rivers by boat and car rides by land,” Briones said.

Works on the Samar Pacific Coastal Road (SPCR) Project is targeted to be completed in March 2020 or for a period of 22 months from the time groundbreaking on May 31, 2018 was conducted. (CJ) 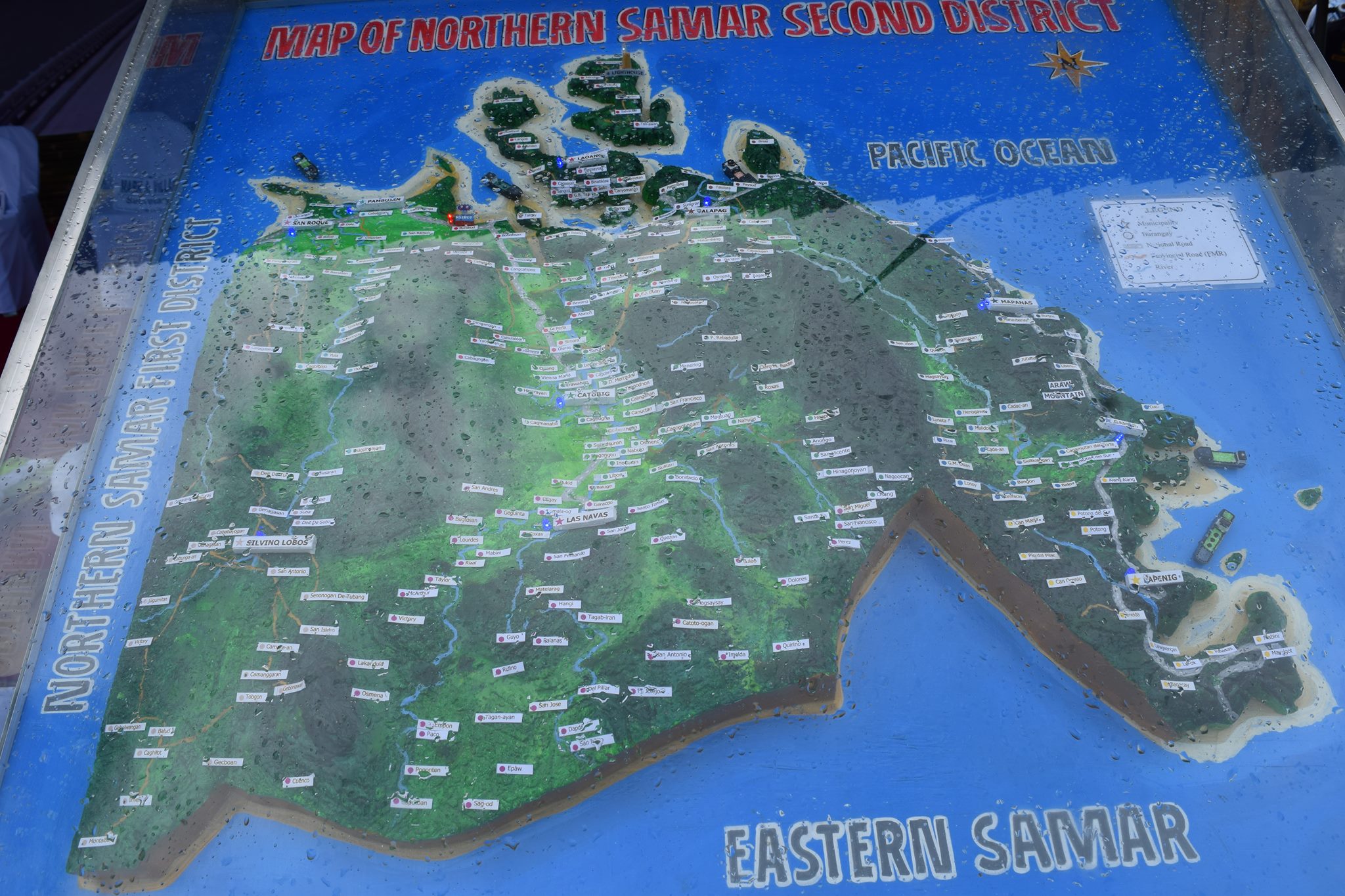