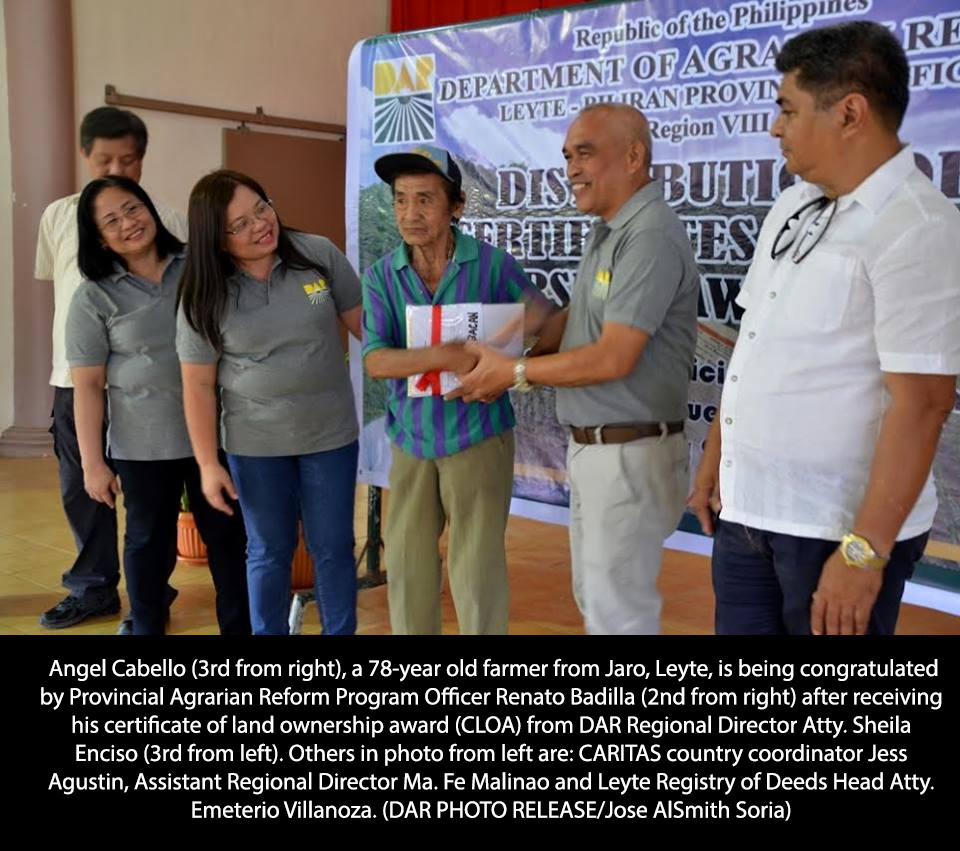 SAN MIGUEL, LEYTE – A 78-year old widower is among the 658 farmers from three Leyte towns who received their long awaited Certificates of Landownership Award (CLOAs) from the Department of Agrarian Reform (DAR) at the town’s auditorium.

Angel Cabello from Jaro could only say he is so happy after receiving the land title to the 2.1-hectare coconut land he is tilling.

DAR Regional Director Sheila Enciso led the distribution of the 344 CLOAs covering a combined area of 689.6 hectares of farmlands situated in 21 barangays within municipalities of San Miguel, Jaro and Barugo.

Before the CLOAs were handed to the recipients, Agrarian Reform Program Officer Wendell Ariza first gave a lecture about the rights of the former as well as respective obligations as agrarian reform beneficiaries (ARBs). 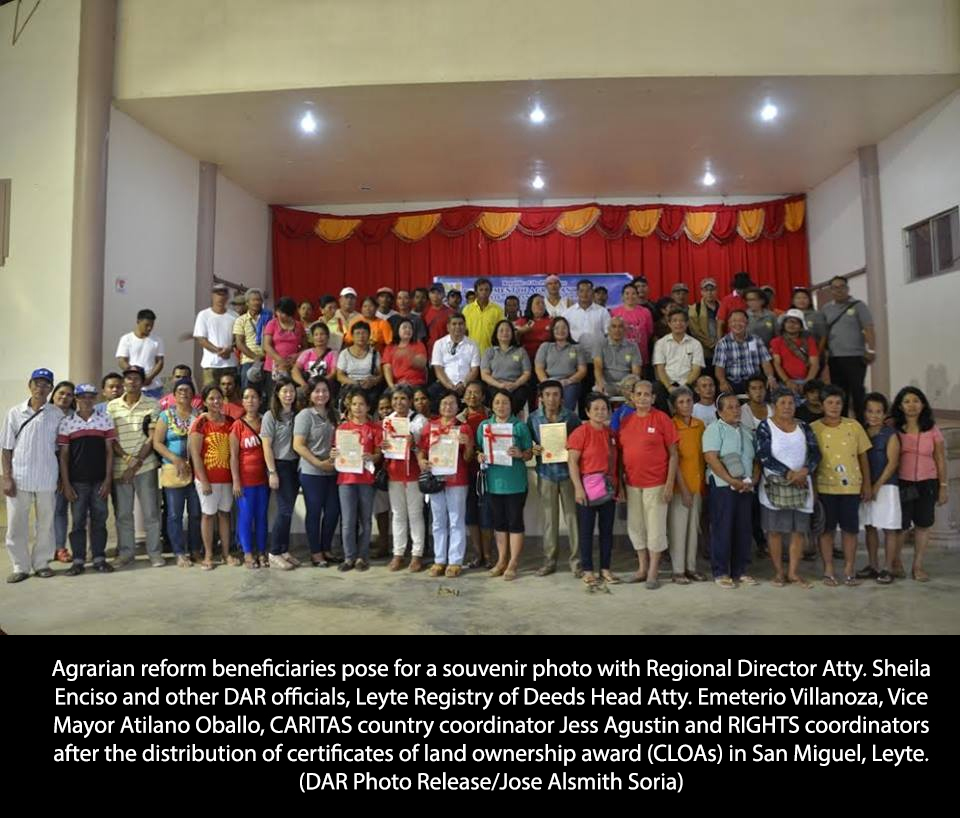 According to her, after the release of the titles at the ROD there is a need for DAR to validate the CLOAs to check whether the information in the said documents are still correct.

She likewise advised the ARBs not to sell their CLOAs nor convert their farmlands into other uses so as to safeguard food security.

Further, Enciso disclosed that DAR has ?288-million additional budget for support services. Her office, she added, received instructions from Undersecretary for Support Services Rosalina Bistoyong to submit project proposals for funding. In relation to this she directed the Program Beneficiaries Division to discuss with the ARBs in identifying projects that would help increase the farmers’ production and income, and submit project proposals soon.

Meanwhile, Badilla acknowledged the partnership that has been established between DAR and the RIGHTS, the non-government organization assisting these farmers, which resulted to the release of these CLOAs that were awaiting action at the ROD since 1994. (CJ/DAR Press Release - JOSE ALSMITH L. SORIA) 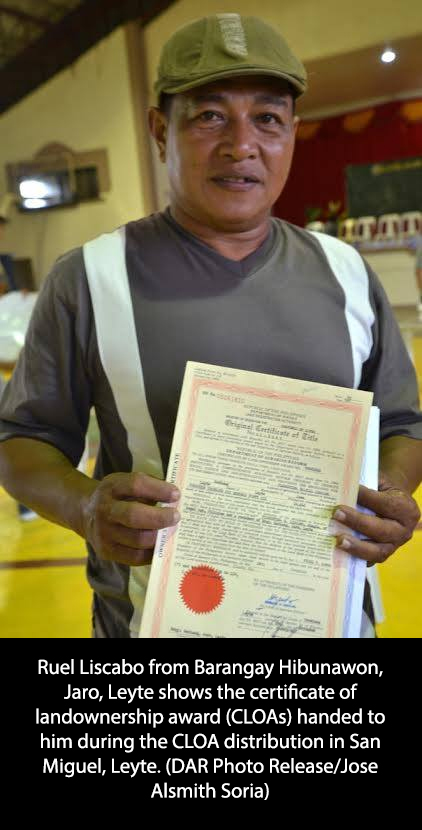 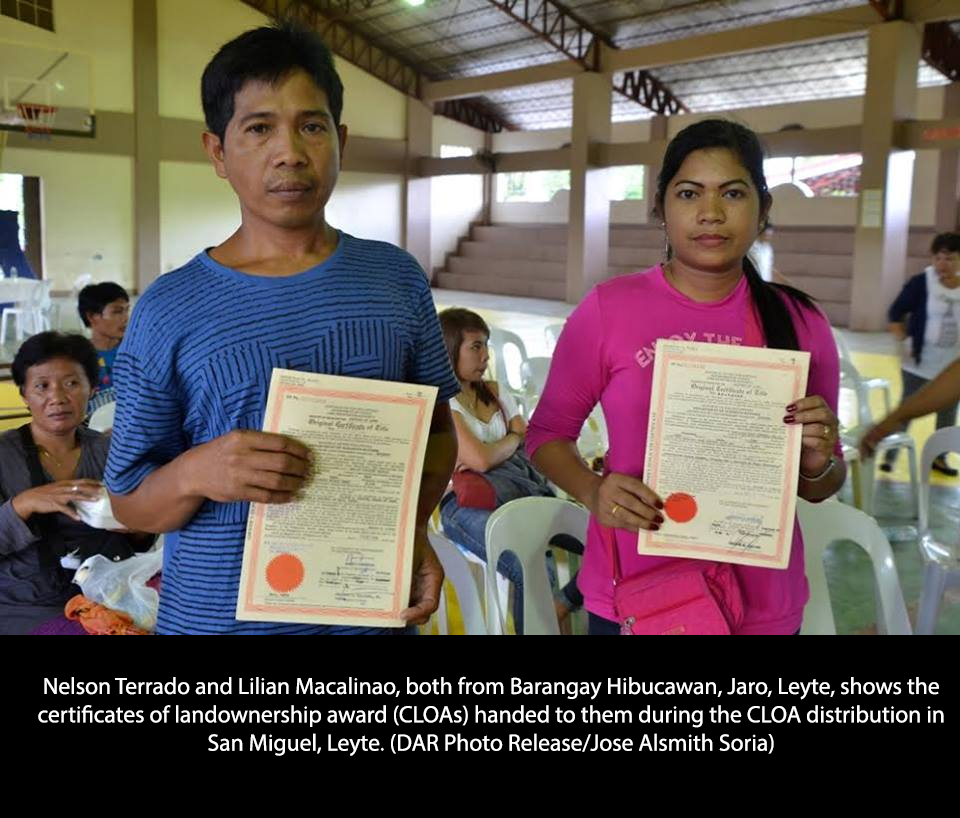