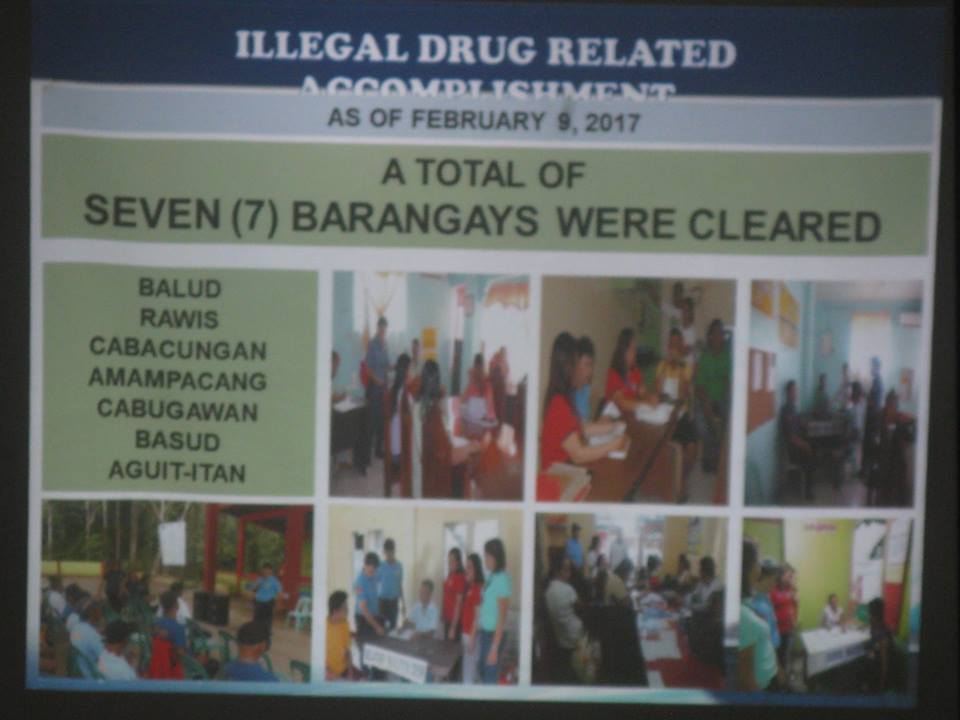 CALBAYOG CITY – Under the OPLAN Tokhang of President Rodrigo Duterte and shortly before the task on operation and campaign against illegal drugs was ordered dislodged from the Philippine National Police (PNP), seven (7) villages (barangays) in the city have been declared clear and free from the influence of illegal drugs.

During the first regular meeting of the City Peace and Order Council (CPOC) for the year 2017, Calbayog Acting Police Chief, P/Supt. Marlon Quimno informed that the city’s police force succeeded in clearing from illegal-drugs barangays Balud, Cabacungan, Amampacang, Cabugawan, Basud, Rawis and Aguit-itan during the implementation of Oplan Tokang and Oplan Double Barrel that ran for a period of about six months. 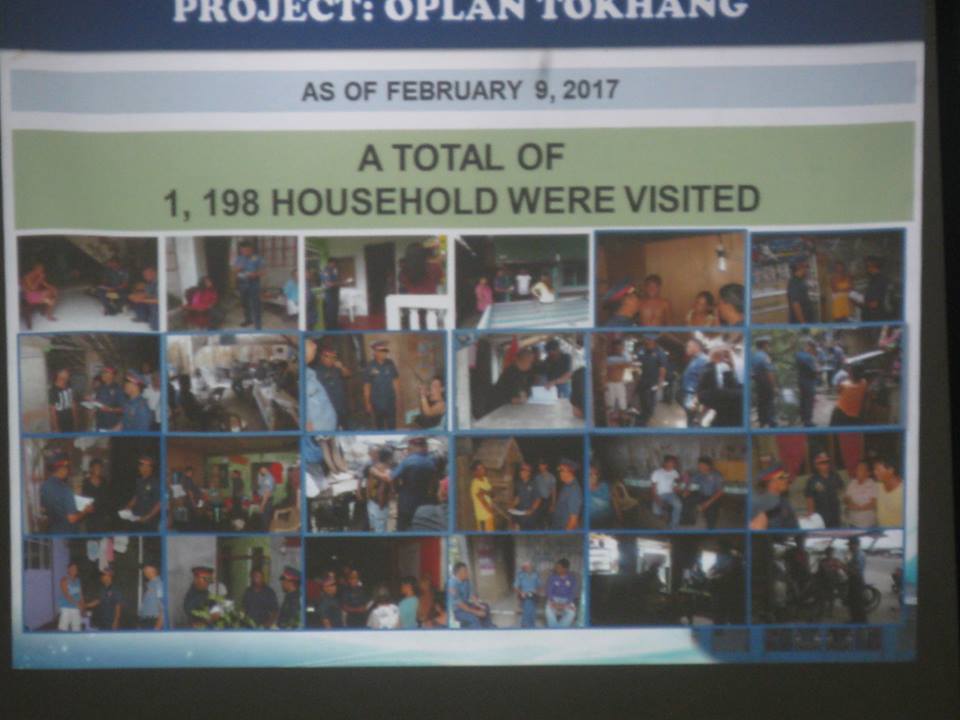 Calbayog Police visited 1,198 households believed to be resided by suspected drug users or pushers in the duration of Oplan Tokhang while 1,281 drug users/pushers surrendered. From twenty-seven (27) drug operations under “Oplan double barrel” jointly undertaken by the Philippine National Police (PNP) and the Philippine Drug Enforcement Agency (PDEA) in the city, thirty-three (33) personalities were arrested while three others will killed in legitimate operations.

Quimno assured that in response to the continuing program of Mayor Ronald Aquino against illegal drugs, the city’s police force will still help continue to vigilantly assist in the anti-illegal drugs operations which is now under the management of the PDEA.

“The police is no longer allowed to conduct Oplan Tokhang. We are no longer permitted to go to barangays to make suspected drug users and/or pushers surrender,” Quimno said.

“However,” Quimno continued, “with of the continuing campaign of City Mayor Ronald P. Aquino against illegal drugs, the police, in assistance to the PDEA will still go to the barangays to talk it out with the community if only to convince, thus prevent suspected drug users and pushers from engaging with the prohibited substance again.” (CJ/ELEEN LIM)