SHOT DEAD: COUSINS ON BOARD A PASSENGER BUS 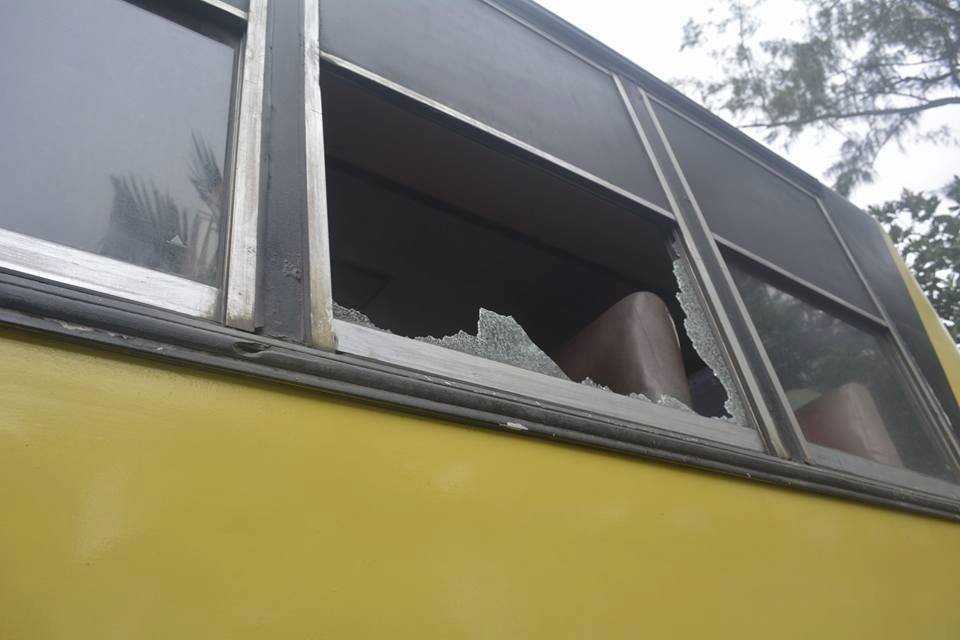 TARANGNAN, SAMAR – Two males were shot dead by unidentified gunmen on-board a passenger bus bound for Tacloban from Calbayog at around shortly past six o’clock in the morning of January 17, 2017.

Fatalities Alex Regulacion and his cousin, Tata Belleza, were both shot at close range by (yet) unidentified gunmen who were seen seated at the back of the victims at the rear part of Samar Bus Line 2028. The cousins were dead-on-the spot.

Reports gathered that the bus was already in the area between Barangays (villages) Sta. Cruz and Palencia in the municipality of Tarangnan, Province of Samar, when the driver, Danny Seludo, brought the bus to a halt thereby instructing his helper to check on the tires, the bus inspector, Eduardo Arcallana, on the other hand, was surprised by the sight of the perpetrators already shooting the back of the victims. 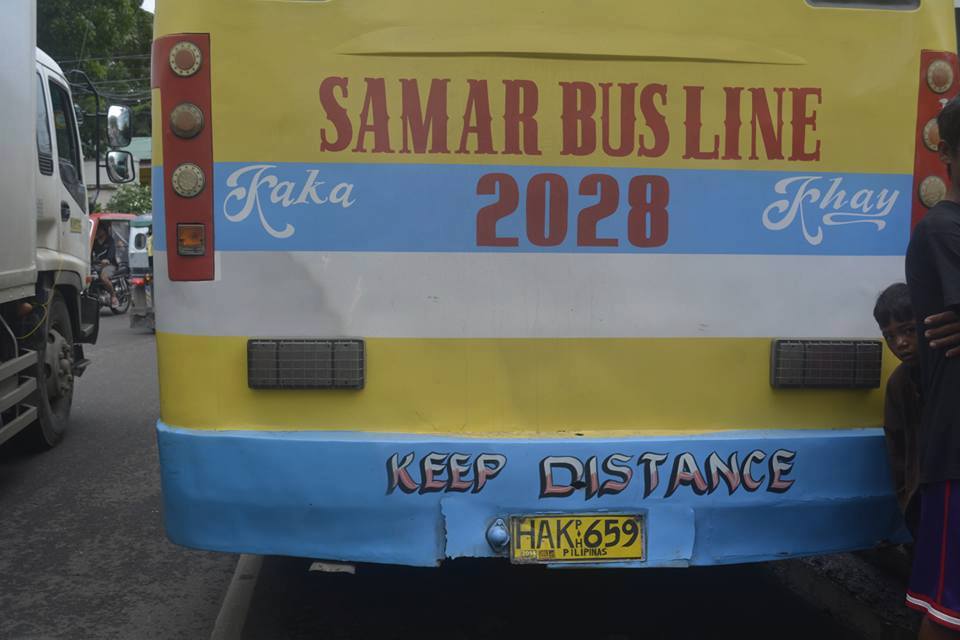 The gunmen who were equipped with short firearms hurriedly alighted from the bus and absconded on board a motorbicycle that was apparently following the bus.

Driver Seludo informed that the victims and the perpetrators were picked-up to board the bus in Barangay Carayman, Calbayog City, earlier in the trip.

The bus was brought to Catbalogan City Police Headquarters for crime scene investigation by the Scene of the Crime Operatives (SOCO).

Dating back to September 15, 2015, Regulacion’s uncle, Sonny, was killed in a massacre with four other members of the Regulacion family (two of them children). Nine gunmen sprayed bullets of varied caliber to the house where Sonny was resting on a hammock. These perpetrators were identified and named by Sonny’s wife who is witness to that incident. 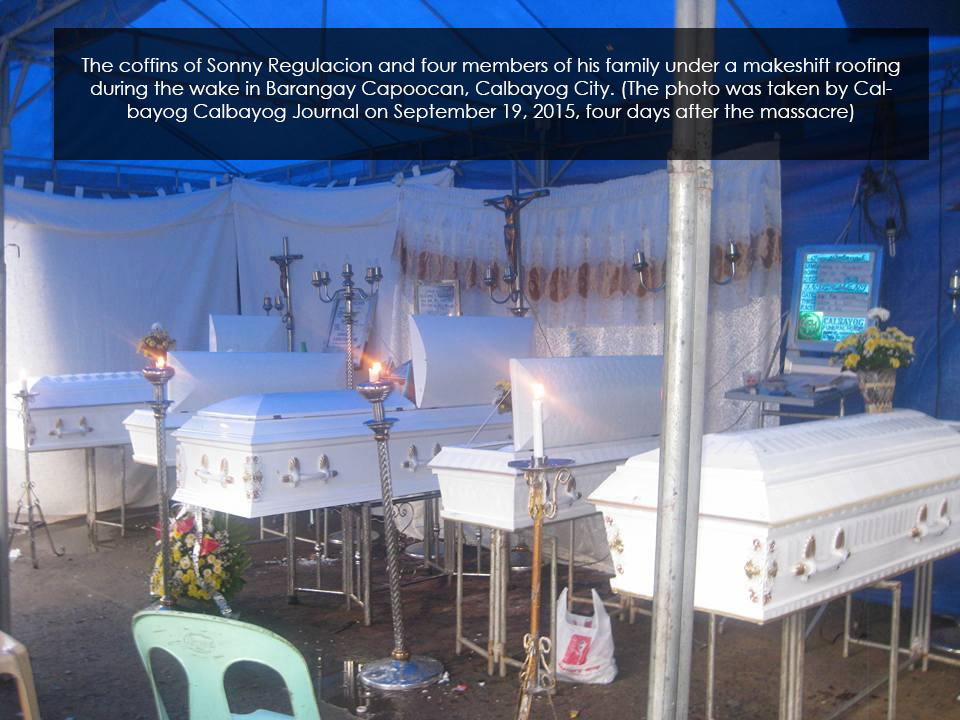 During the wake of Sonny Regulacion and the four other victims held at a makeshift roofing on a vacant lot in Calbayog's Barangay Capoocan, Calbayog Journal had a chance to have a short conversation with the younger Regulacion. On premise that no pictures of him would be taken, Alex told Calbayog Journal that he plans to look some place quiet and outside of Calbayog City where he can find peace and live a normal life with his family.

Sixteen months after the carnage of four of his relatives and his uncle, Alex is shot dead by accordingly unidentified gunmen. . .