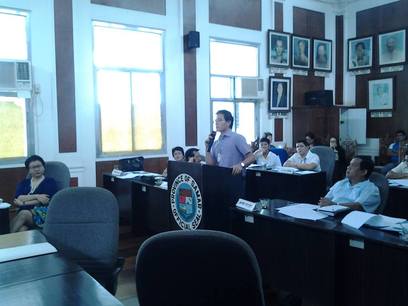 CATBALOGAN CITY- The Sangguniang Panlalawigan has approved the ordinance which authorizes the Samar provincial government to borrow Php 800 Million from the Land Bank of the Philippines in spite of the opposition of one of its members due, reportedly, to flaws and deficiencies in its passage.
The so-called "borrowing ordinance" or the “loan ordinace” was approved by majority of its members, namely Lee M. Zosa, Alan A. Diomangay, Salvador T. Cruz, Erdie L. Delos Santos, Lolita M. Daguman, Luzviminda L. Nacario and Carlo R. Latorre, during the provincial boards regular session presided by Vice Governor Stephen James Tan in October 29, 2015 after the amendments specifically in Section 10 (a) (ii) proposed by Board Member Alan Diomangay was carried out during the consideration of the legislative issuance. 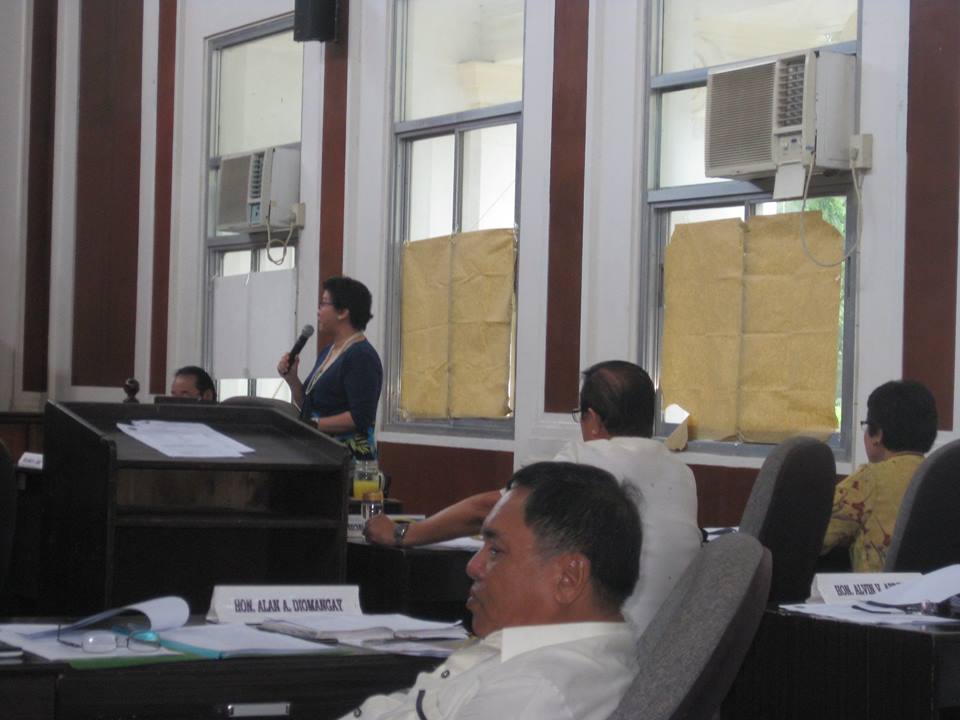 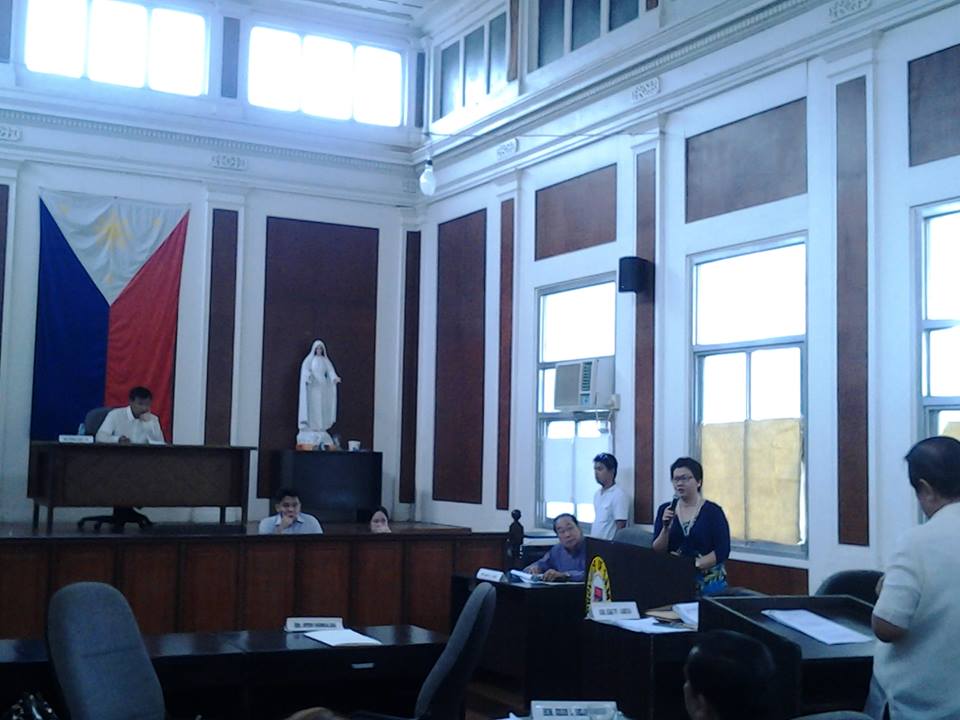 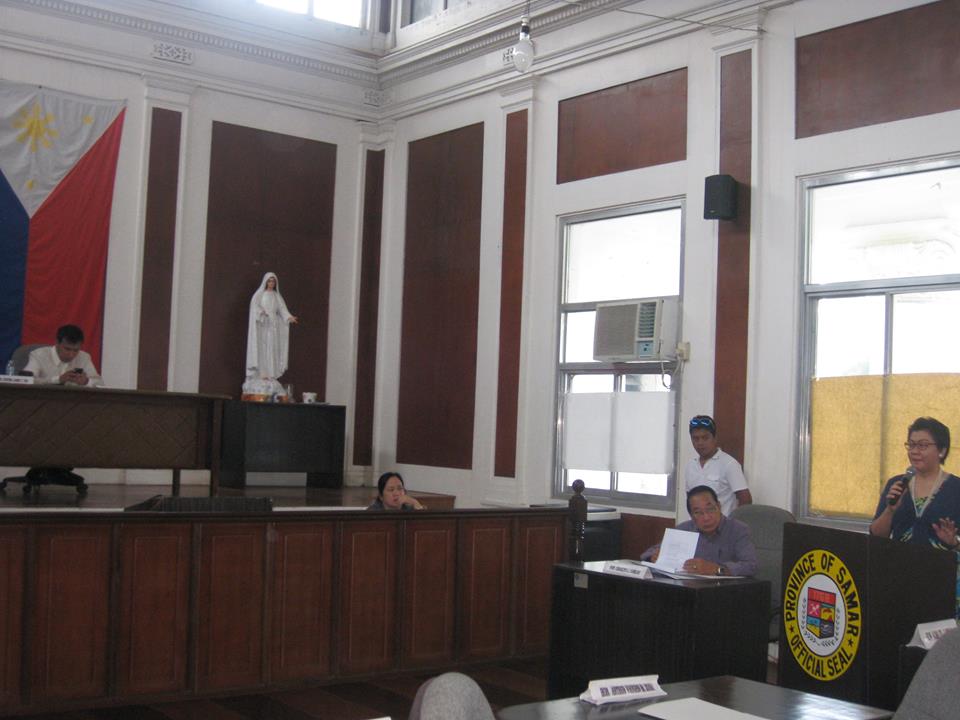 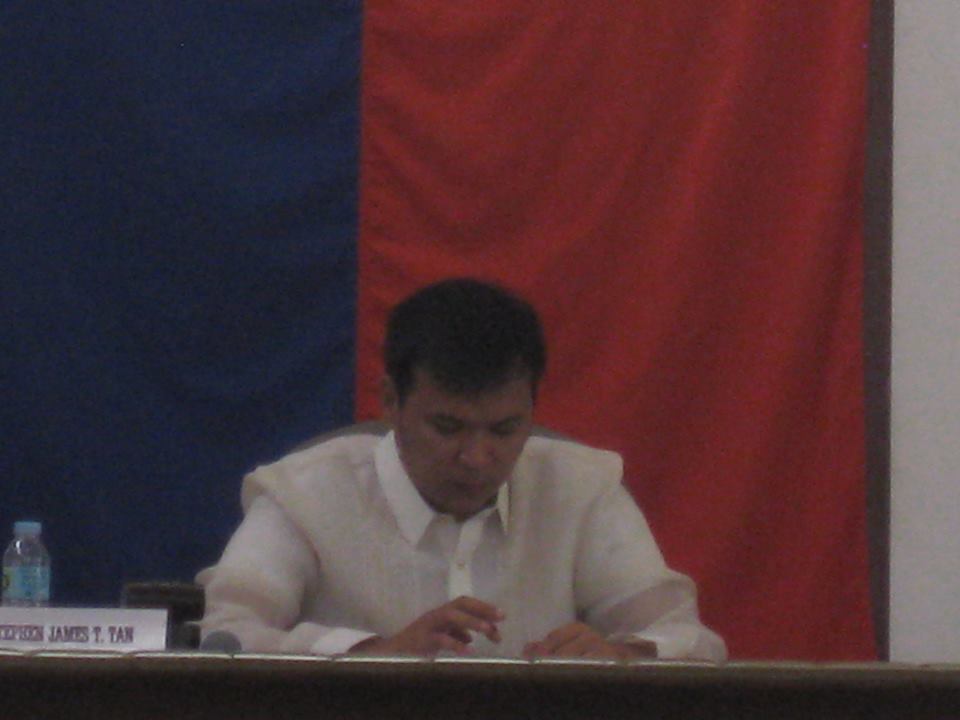 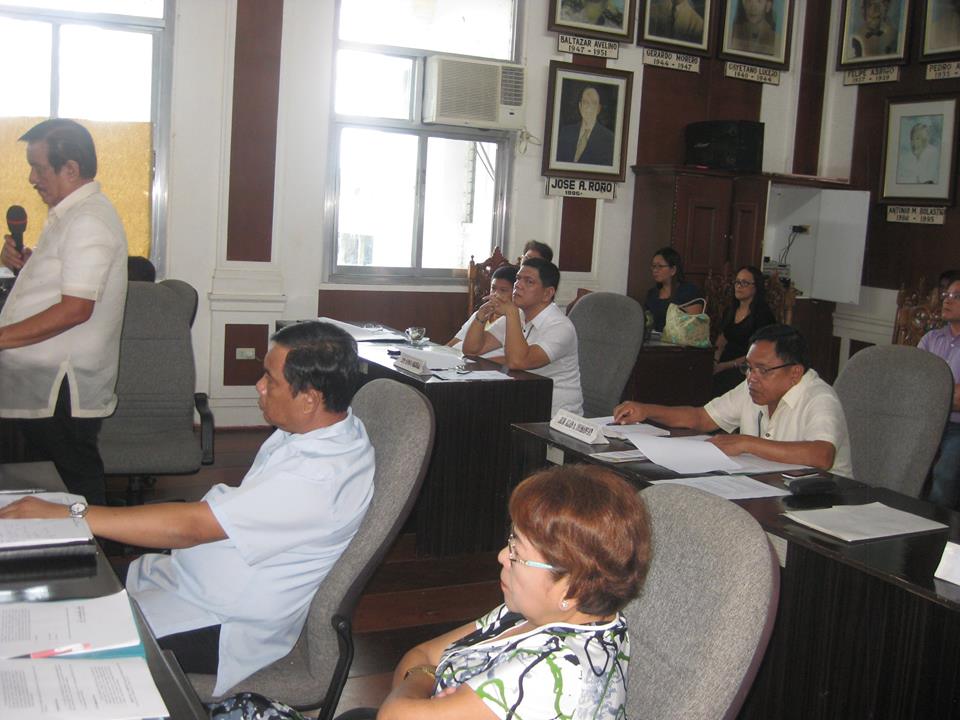 Board Member Alma Uy-Lampasa opposed the ordinance's approval while Alvin V. Abejuela abstained saying his incomplete knowledge about the project made him decide to refrain from participating in the voting.

Board Member Lampasa on the other hand explained that a similar proposal to borrow money for the project already exists and that although it is intended for the Development Bank of the Philippines it is imperative that it be withdrawn or nullified first before another legislative action is made on another proposal to borrow money for the same purpose from Landbank of the Philippines, aside from the fact that the subject "loan ordinance" was introduced by Board Member Alan Diomangay under Other Matters only during the previous session of October 22, 2015. 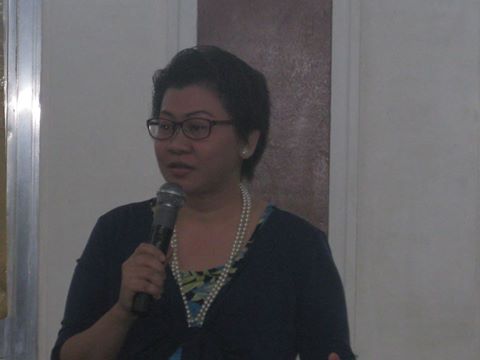 Lampasa also opposed the assignment of the province's entire Internal Revenue Allotment (IRA) as well as its own revenue collections as loan collateral saying that only a fraction of the IRA should be offered as security for the loan.

Meanwhile, Board Member Lee M. Zosa, chairman of the Committee
Committee on Laws told The Calbayog Journal that he pushed for the approval of the ordinance because the provincial government needs to raise funds. He said that the province needs Php 100 million to be used as its counterpart in the provincial road network project grant of World Bank worth Php 1 Billion. The World Bank will finance the 80 percent of the project's total cost while the national government will provide the remaining 10 percent.

Zosa also said that part of the loan proceeds or Php 200 million will be used for the construction of a new Samar provincial hospital that will be equipped with the latest medical facilities and equipment thereby adding that one of the major reasons for transferring the application from DBP to Land Bank is the fact that the latter charges lesser interest rate of 5% per annum compared to the former’s 5.5%. 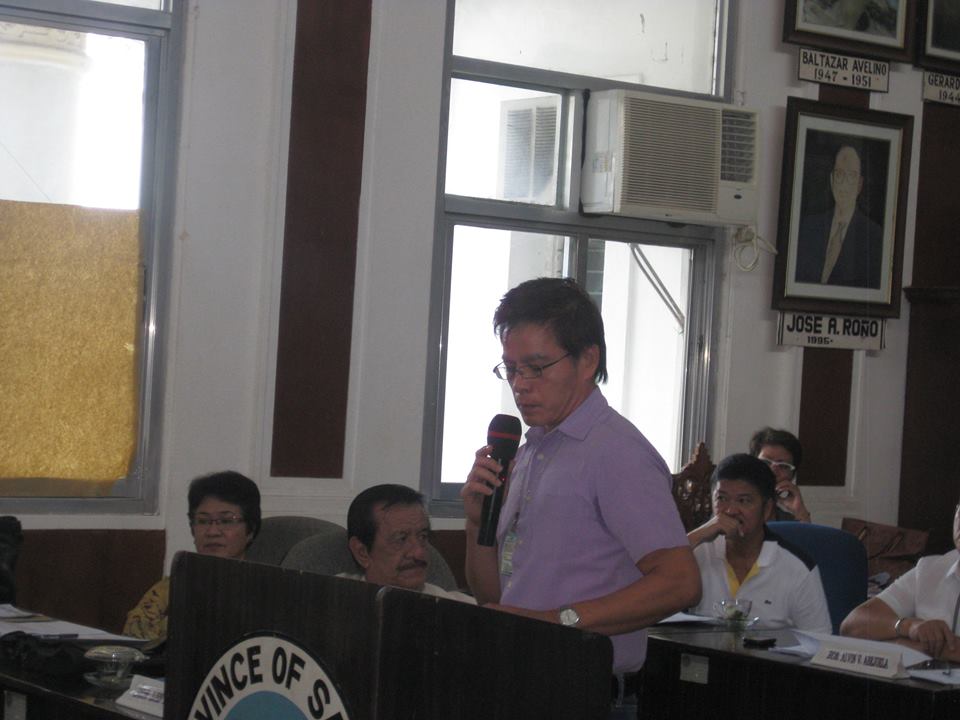 The Calbayog Journal also learned from LBP's Loan Department Manager for Samar, Buenaventura V. Leyva (who was present during the session as resource person) that the loan amount applied for is only one-third of the provincial government's borrowing capacity which is Php2.4B. 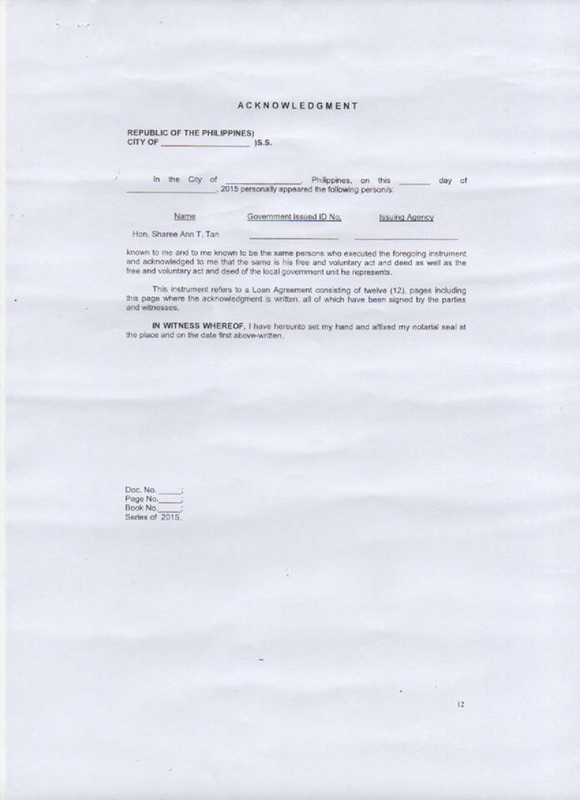 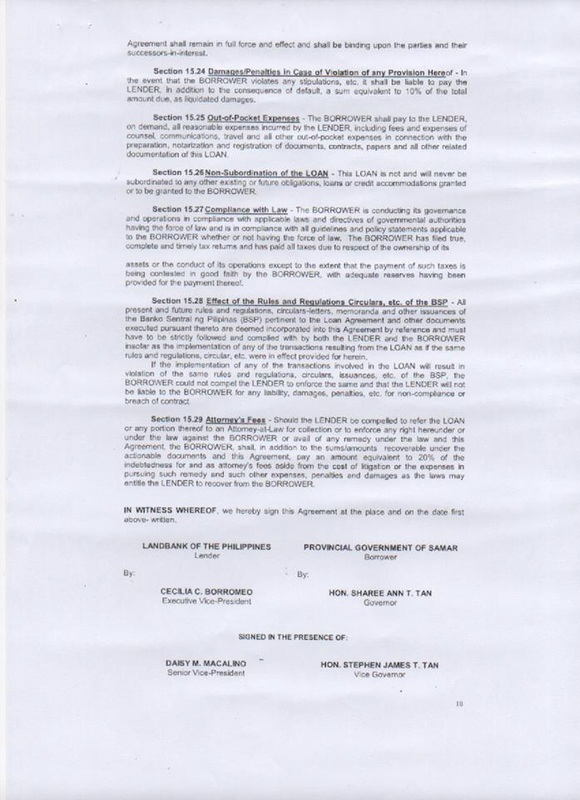 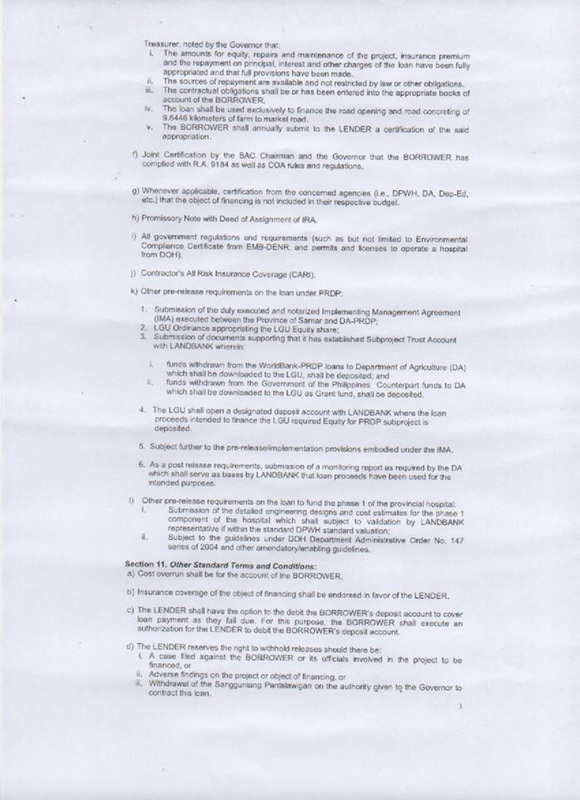 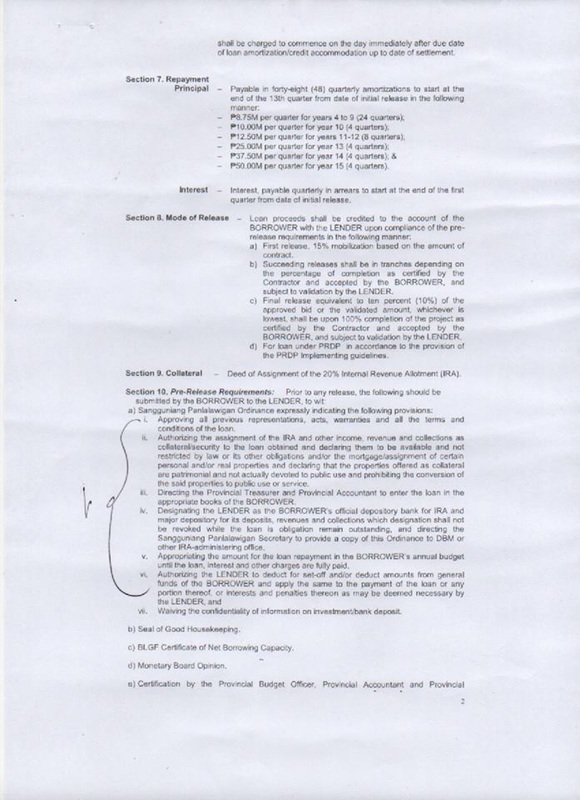 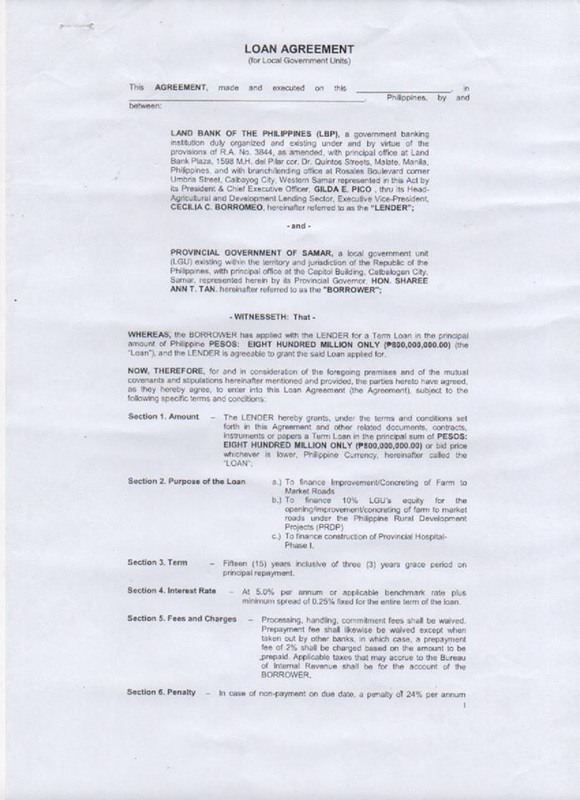 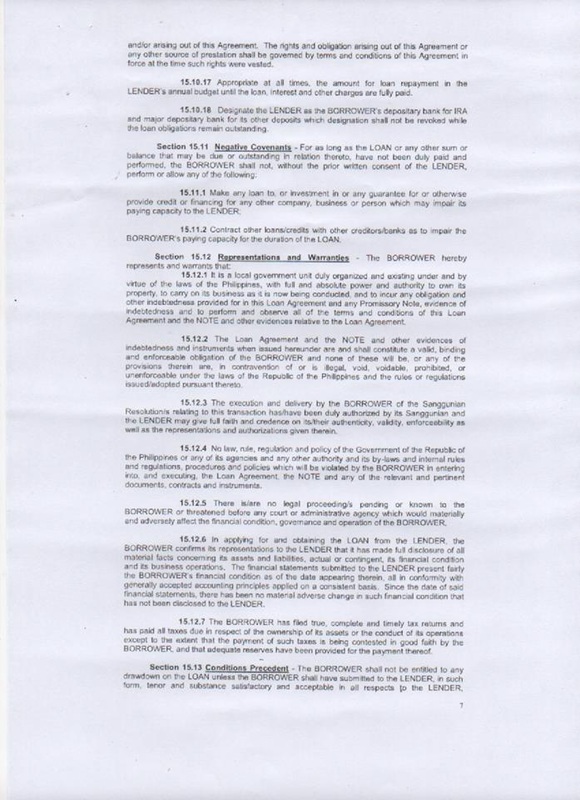 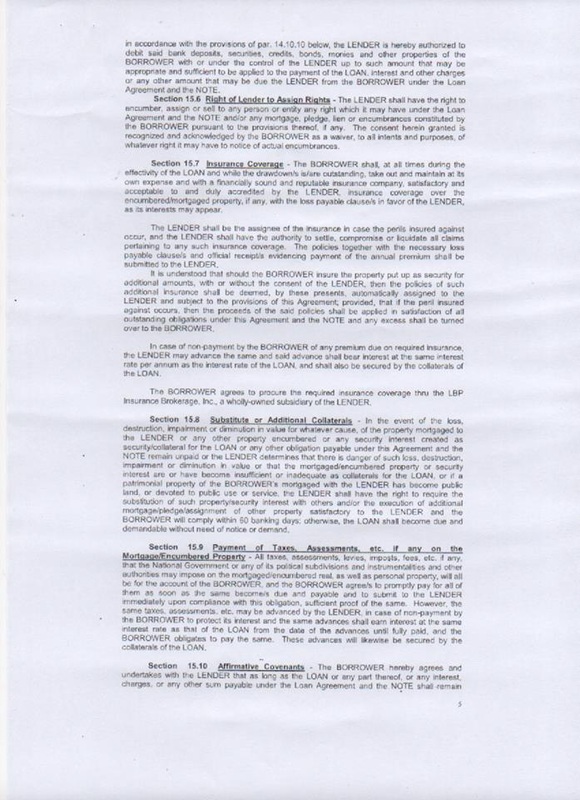 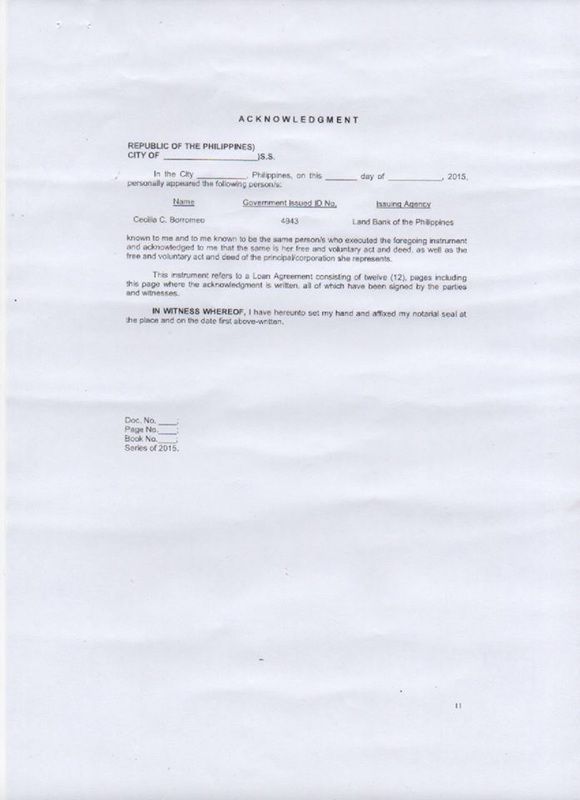 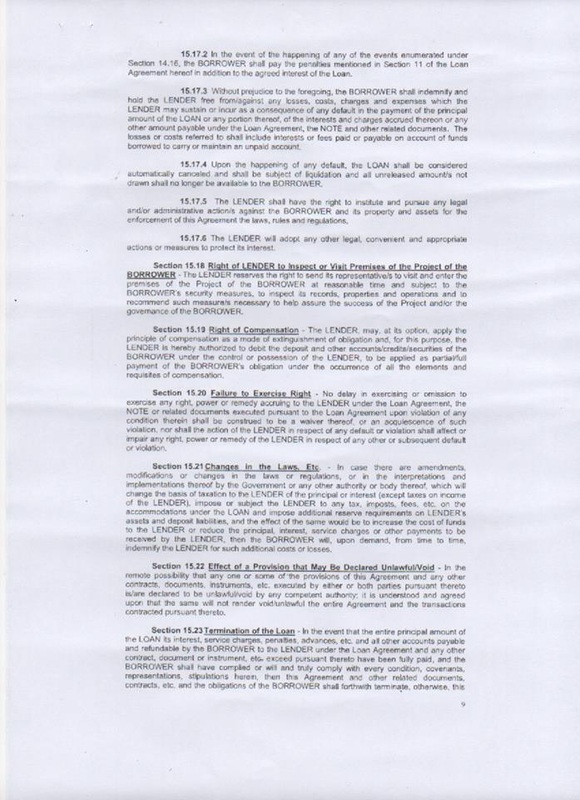 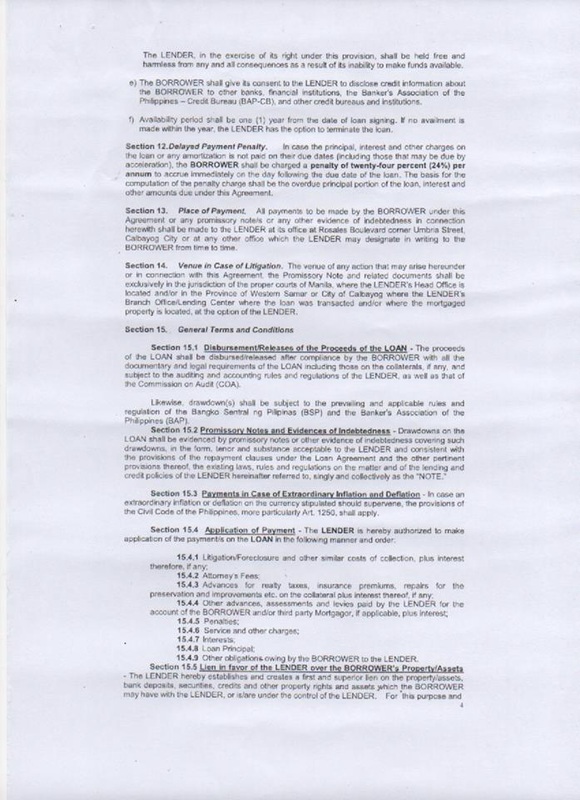 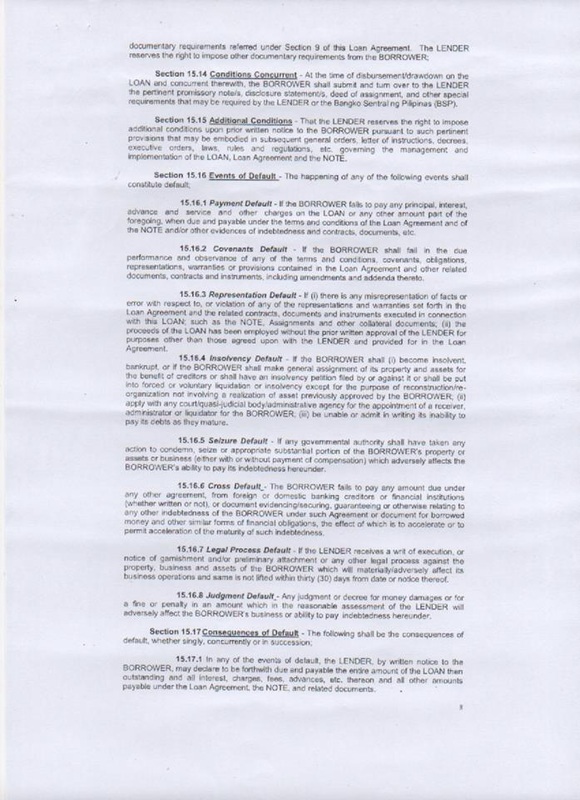 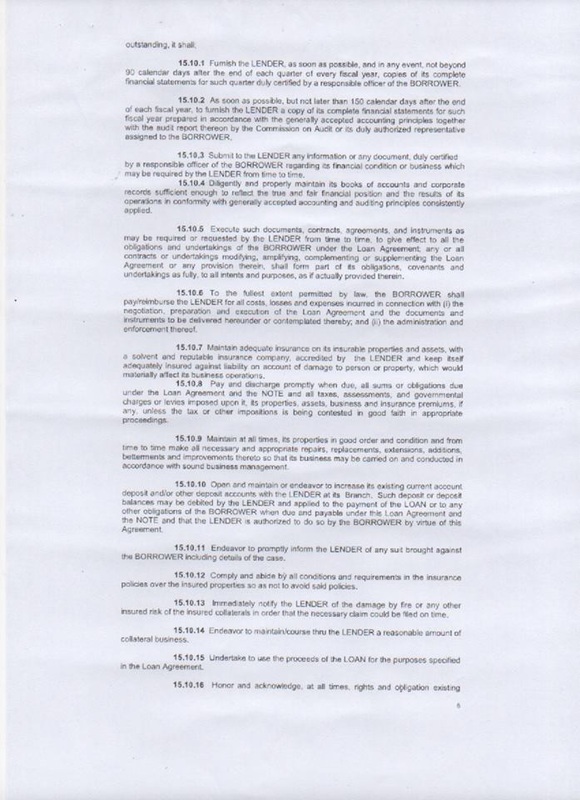 loan of the samar province 2015