THE MAN WHO POPULARIZED THE CHRISTMAS CRIB 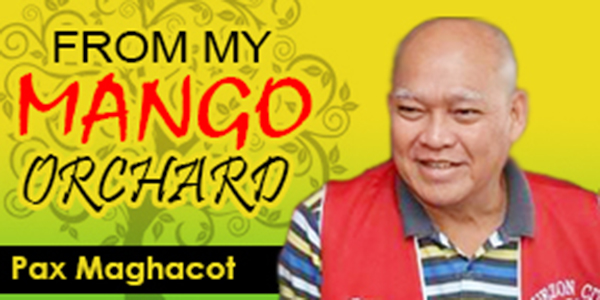 The rain had slowed down to a drizzle, and the air was humid but only slightly cold. The days were noticeably shorter on that last week of November, 1223. In a few days it would be December and the wicked cold wave would once again hit the Lazio Region, in the heart of Italy. The wet season kept the visitors out of Greccio, a small town in the region that sat on top of a hill about 705 m (2,313 ft.) above sea level. The town was quiet most of the day, but it did not matter to the residents because the cold climate was associated with Christmas. Somehow the religious and festive mood made the weather bearable.

John Vellita and His Special Mission;

For some special reason John, a forty-year-old town resident, was thrilled about the Christmas season that year. Fifteen days before Christmas he met with a dear friend, a holy man named Francis from Assisi, who shared with him a burning wish. “If you desire that we should celebrate this year’s Christmas together at Greccio, go quickly and prepare what I tell you; for I want to re-enact the memory of the Infant who was born at Bethlehem and how He was bedded in the manger on hay between an ox and a donkey. I want to see all of this with my own eyes.” (From The First Life of St. Francis by Brother Thomas of Celano, the Franciscan biographer.) Accepting the wish as a challenge, John was unaware that he was about to become a main character in a defining moment in Christian history.

John was of noble origin, an heir of the landed Vellita family. In the prime of his youth he was a military man and a lord in Greccio. He indulged himself in the pursuit of worldly pleasures, a behavior fostered by the protective wings of wealth and influence of his family. But his outlook and lifestyle changed when he and Francis, who was as old as he was, met at one preaching tour, and developed a friendship devoted to the pursuit of spiritual happiness. The Franciscan writer Fr. Leonard Foley wrote: “John had fallen under the spell of Francis, had renounced all worldly honors and was trying to live a life imitating that of Francis as well as he could.”

John understood what Francis wanted: A Christmas Crib depicting the the nativity of Christ using a manger, a figurine of the baby Jesus, a bed of hay, an ox and a donkey. He decided to build it in a cave he found in one of the hills of Greccio that was rarely visited by the town’s meager population. The serenity engendered by the lush green forest, the nesting birds, the chirping cicadas, the fireflies in glow at night, the animals in free range pasture and the cool breeze made the cave an ideal place for the Christmas Crib.

Ordinarily John would spend the early weeks of December idly waiting out the cold season and preparing for Christmas. But for two weeks before Christmas of this particular year John was busy. He mobilized a group of villagers and men of the cloth to build the Christmas Crib. They worked tirelessly to meet the deadline. A manger was hewn out of a brownish stone -- roughly three feet high and two feet wide – with a topside indentation. A figurine of the Baby Jesus was whittled out of a rock, and hay was stored. A live ox and donkey were tended to at the cave waiting for the grand occasion. Because of the enthusiastic response of the volunteers John was convinced the crib would be ready on Christmas Eve.

Francis of Assisi, a Man of God

Francis of Assisi had lived a fascinating life. He, like his friend John, was of noble origin, an heir of the wealthy Di Bernardone garments merchant family in a town called Assisi, near Greccio. He was also a military man. In his youth he was carefree and pompous, often sporting bright clothing. Thomas of Celano described how Francis spent his youth: “Almost until the 25th year of his age he miserably squandered and wasted his money. He was the admiration of all; and in pomp of vainglory he strove to surpass the rest in frolics, freaks, sallies of wit and idle talk, songs, and soft and flowing attires, for he was very rich.” Although Francis was spoiled and carefree, Celano wrote that Francis was, “however, very kindly in his dealings, very easy and affable…”

But as the carefree Francis reached adulthood he was afflicted with bouts of disillusionment, an emotional state which unwittingly became the first milestone in his road to conversion. Two significant incidents engendered his change. The first happened one day when he was routinely selling cloth at the marketplace and a beggar approached him for alms. Francis ignored him, so the beggar moved on. At the end of the business day the image of the dejected beggar walking away stabbed him with remorse. Straightaway he left all his wares to look for the beggar. When he found him, Francis gave him all the money he had, including the sales for the day. Some of his of his friends who saw him with the beggar heckled in disbelief.

The second incident took place after his military career was cut short by captivity and illness. One day he visited the dilapidated church of San Damiano near Assisi. As he knelt in prayer in front of the image of the Crucified Christ he heard a voice telling him, three times: “Francis, Francis, go and repair my house which as you can see is in near ruins.” He thought that the house referred to was the concrete church of San Damiano. Immediately he accepted the task of repairing the church, selling his horse and the clothes from his father’s business to raise funds. After completing the repairs he realized that the voice referred not only to the church of San Damiano but also to the whole institutional Church. When he accepted this lofty challenge, Francis was convinced that he had found his vocation, a vocation that cost him his hefty share of the family inheritance.

Thereafter, he staged a heroic act: he renounced all worldly honors and possessions and imposed on him the life of poverty and humility. He sold all his properties and gave the proceeds to the poor. He lived the life of a beggar asking for alms at the church entrance to help raise money for the needy. He cared for the lepers, cleaning their wounds. He loved God’s creatures so dearly he would talk to the sun and the moon, the birds, the flowers and the animals. He considered himself as the humblest of God’s servants, which is why he called his body “Brother Ass”, in reference to the lazy disposition of a donkey.

Many of his peers and relatives thought he had gone insane. Nevertheless, an expanding group of admirers followed him incessantly. Twelve of his ardent followers sold their properties, left the comfort of their homes, wore sandals, and subsequently became the founding members of the Franciscan Order in 1209. Its mission was considered too radical by contemporary standards: to live as a community in material poverty, to practice humility imitating Christ, and to teach personal reform by word and example. Armed with this mission, Francis and his followers travelled around Europe, spreading the gospel of peace, and accepting new members. (TO BE CONTINUED NEXT ISSUE)

from my mango orchard