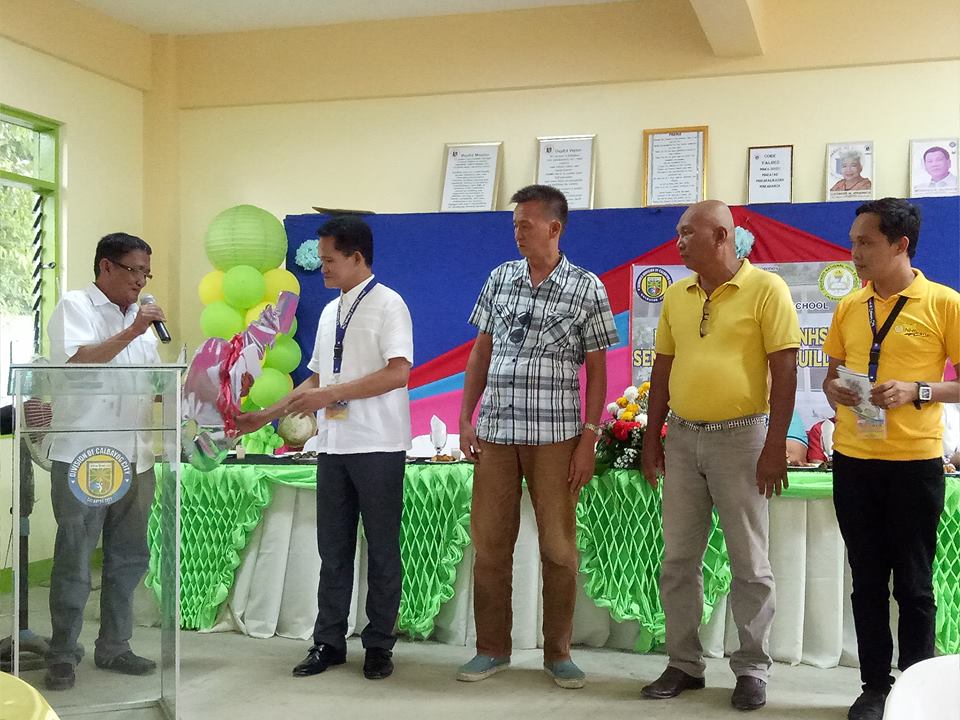 CALBAYOG CITY – A Php9.83M-school-building-project implemented under the auspices of the Department of Public Works and Highways (DPWH) – Samar’s First District Engineering Office is turned over to Oquendo National High School during a ceremony on September 26, 2016.

Intended for the use and better learning of the 166 senior high school students who previously attended classes under the mango trees within the ONHS campus, the three-storey school building consists of six classrooms which erection started in October 21, 2015 by contract of B. Vicencio Construction.

During the inauguration ceremonies officiated by Engr. Carlos G. Rañola DPWH-SFDEO Construction Section Chief, and attended by representations from various agencies comprising its implementation that included the DPDW-SFDEO, Deparment of Education (Dep-Ed, the Local Government Unit, ONHS faculty and its 166 senior high school students, Dr. Raul D. Agban, Calbayog DepEd Schools Division Superintendent-Officer in Charge challenged the “ONHS faculty and students to take good care of the building, to maintain and improve the structure for the betterment of the facility” and do away from its destruction.

ONHS Principal I, Mr. Milaner R. Oyo-a, in his acceptance speech said that “With the help of the ONHS teaching and non-teaching staff, we promise to deliver quality education to our students.” (CJ/JMM)