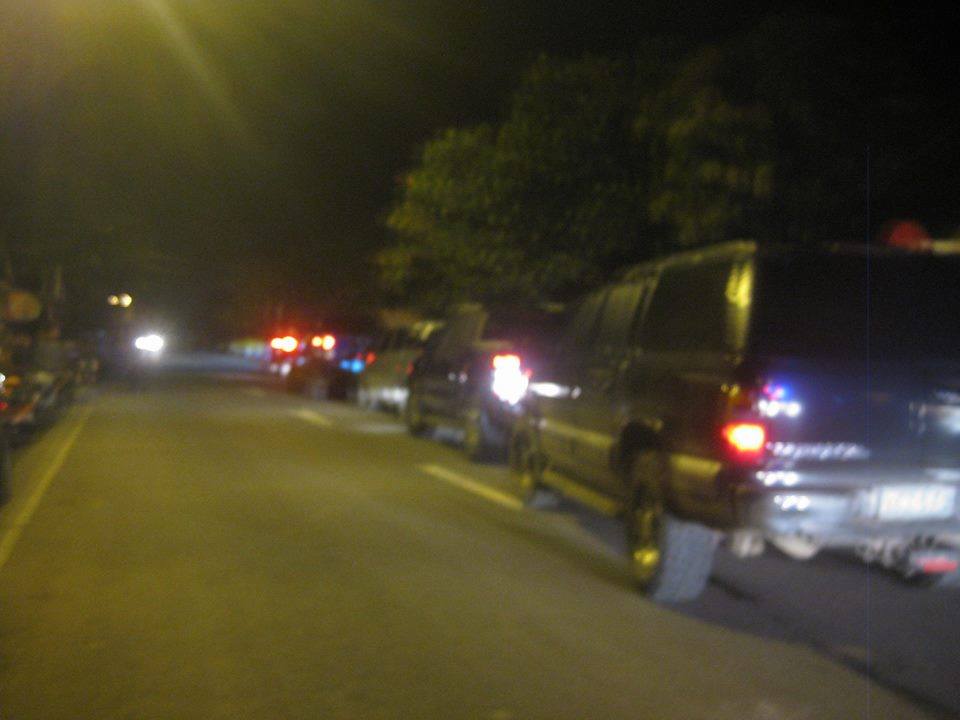 CALBAYOG CITY - A convoy of plate-bearing vehicles were reported to have been tailing vehicles City Mayor Ronaldo Aquino between the hours of 11:00PM and 12:00 midnight on May 12, 2018 along Maharlika Highway in the vicinity of Barangay San Policarpo, a barangay situated about 2.5 kilometers, more or less, north of the city's commercial center.

Relatively, police blotter dated May 13, 2018 (12:46AM), however, contains that Samar Vice Governor Stephen James Tan caused to have recorded that at around twelve midnight of May 13, 2018, in the vicinity above-stated, his vehicle was stopped by Mayor Ronaldo Aquino who was seen talking with Police Superintendent Hilario Monteron, Jr. at the same time pinpointing to the said convoy of vehicles.

The blotter report of the Vice Governor continued that while the police officer was directing the vehicle of the Vice Governor to open the door for the conduct of a search, Mayor Aquino was seen taking video of the vehicles. The police, according to the blotter, were also preventing the convoy from leaving for about 30 minutes without legal purpose.

On the other hand, Mayor Ronaldo Aquino's report entered in the blotter book at 1:00 AM reads that "at about 11"00 o'clock in the night of May 12, 2018, he was riding his black vehicle followed by a back-up vehicle and had to stop by the house where a group of barangay leaders were, six vehicles were notice to have stopped at the rear of the Mayor's back-up car from which about 5 men alighted with sling bags positioned in front of their respective chests. Sensing danger, the Mayor's group immediately went back inside their cars and proceeded to the resort hotel owned by the Mayor's family located about 500 meters farther north from where they stopped for a short talk with the barangay leaders.

After a while, the blotter further reads that the Mayor's group proceeded back to San Policarpo barangay proper. During the drive, the Mayor's group noticed the vehicles following them again which prompted the City Mayor to call OIC-COP P/Supt. Alamo for assistance.

While waiting for police assistance, a police car with a team of police headed by P/Supt. Hilario Monteron, Jr. approached the convoy thereby knocking and requesting for the riders of the vehicle to lower the upper glass shields of the vehicle's door. The riders in that vehicle, however, did not heed the knock. After more or less 30 minutes, the six vehicles sped away towards the south direction, evading the police officers. Asked who was in the lead vehicle, P/Supt. Monteron told Mayor Aquino that it was the Vice Governor.